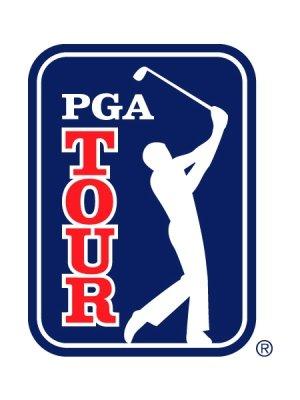 Obtaining a PGA Tour card with your name printed on it is no small feat, nor is the road leading up to that point an easy one.  Every Tour pro has a unique story behind their journey.  Despite that, even the elite of the PGA Tour were once rookies and felt the pressure, nerves and angst that weighed down on them as they began their careers.  In October, the 2014-15 season officially kicked off and the PGA Tour welcomed 24 new faces to its roster.  While most in this rookie class might be foreign to some fans, there are a few of these eager young prospects that have already started to forge their careers on the PGA Tour.  As the season resumes from the holiday break this week fans should pay close attention to some of these new faces, as they might surprise us throughout this season.

Likely the most notable of this year’s rookie class is Tony Finau.  While most fans will recognize him from Golf Channel’s Big Break, the 25-year-old bomber has been around professional golf tours since he officially turned pro at age 17.  Finau not only has a likeable personality but also has the game that will make fans drool.  He finished 7th in total driving distance on the Web.com tour in 2014 with an average drive of just over 310 yards.  Many have already started to compare his game to that of Dustin Johnson (minus all the drama).  With a 7th place finish on the Web.com earnings list and five top-10 finishes on the season, Finau has already used that momentum to his advantage on the PGA Tour.  In five events already this season, Finau has made four cuts and finished in the top 10 in two of those events.  Not to mention he’s already doubled his total earnings in just five events compared to all of last season on the Web.com tour.  Keep a close eye on Finau to be the name dropped by many as Rookie of the Year front-runner.

If you read down the final Web.com Tour earnings list the name Nick Taylor probably didn’t jump off the paper at you.  Taylor finished 49th in total earnings and was equally in the middle of the pack in many other stats categories.  He garnered a lot of attention, however, with a win in only his 4th PGA Tour event – the Sanderson Farms Championship.  Many probably weren’t placing bets on Taylor coming into the season, particularly with a missed cut at the Frys.com Open, T-56 finish at the Shriner’s and T-86 at the McGladrey’s Classic.  Although, a win this early in the season brings with it a certain amount of notoriety, as last year’s Rookie of the Year – Chesson Hadley – only notched one win on tour all season.  While his other tournament finishes this season have been less than exceptional, Taylor’s stock can catch fire quickly if he can add a few top-10 finishes to his resume this season.

Blayne Barber wrapped up the 2014 season on the Web.com Tour in the 9th spot on the total earnings list.  He also notched six top-10 finishes and one win on the season.  His PGA career got off to a bit of a rocky start though, with a T-39 finish at the Frys.com Open and two consecutive missed cuts at the Shriner’s Open and the McGladrey Classic.  However, Barber bounced back nicely with two back-to-back top-10 finishes at the Sanderson Farms Championship and the OHL Classic at Mayakoba.  Before turning pro, Barber played his college golf at Auburn where he was a three-time All-American and played on the Palmer and Walker Cup teams in 2011 and 2012.  Statistically Barber doesn’t really stand out amongst the crowd, but he’s young and has shown that he can win and contend at any level.

The PGA Tour resumes play this week at the Hyundai Tournament of Champions in Kapalua, Hawaii.  Of the three rookies mentioned above, Taylor will be the only in the field and will have an opportunity to continue to build his case for Rookie of the Year.  As for the rest of the 2015 rookie class, we’ll have the opportunity to see them in action over the next few weeks as the PGA tour hits the West coast.