No secret these were coming with the social media teasers like this one.

The inside of the latest and greatest @SrixonGolf ball. I use the white box with red writing. XV!!!! Lots of birdies in 2019 with this ball!!! #spinner pic.twitter.com/FLr47rF0s7

Hitting stores on February 1st, the 6th generation of the Z-STAR series features the Z-STAR and Z-STAR XV in both Pure White and Tour Yellow with a price tag of $39.99. This is not a small evolution of their previous line, but a major upgrade in construction.

The ball starts with what Srixon is calling the new FastLayer Core and they are deeming it a revolutionary way to create a golf ball core. Compression is a real thing and in the past a ball could eliminate unwanted spin with the driver by making the ball softer. Doing so worked, and worked well. The downfall here is that in doing so, speed could have been lost as well. The FastLayer Core changes that by having the ball softer in the center and gradually become firmer around the edge. The end result leads to a ball that can be compressed for low spin, while still maintaining the ball speed even the best players are looking for. 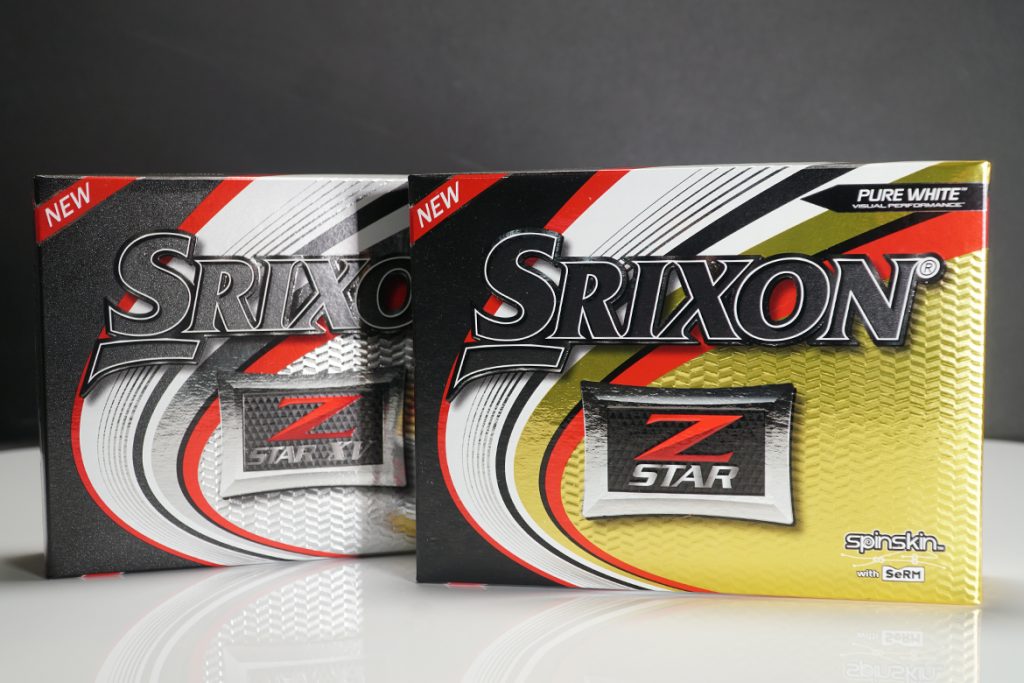 “The new Z-STAR Series golf balls are built on top of the heritage of one of the most successful, trusted Tour golf balls in the market,” said Jeff Brunski, Vice President of Research and Development. “The exceptional ball speed and distance of both Z-STAR offerings are driven by the new FastLayer Core technology, producing both outstanding ball speed and launch conditions tuned for the high swing-speed, better player.”

Spin Skin is back, but this time with a SeRM makeover. Yes, SeRM. What is it? Despite the terrible name, the Slide Ring material is a urethane compound that coats the cover of every Z-STAR series golf ball. Srixon says it will dig deep into your wedge and iron grooves increasing friction for more control and stopping power around the green. So in that essence, SeRM is good. 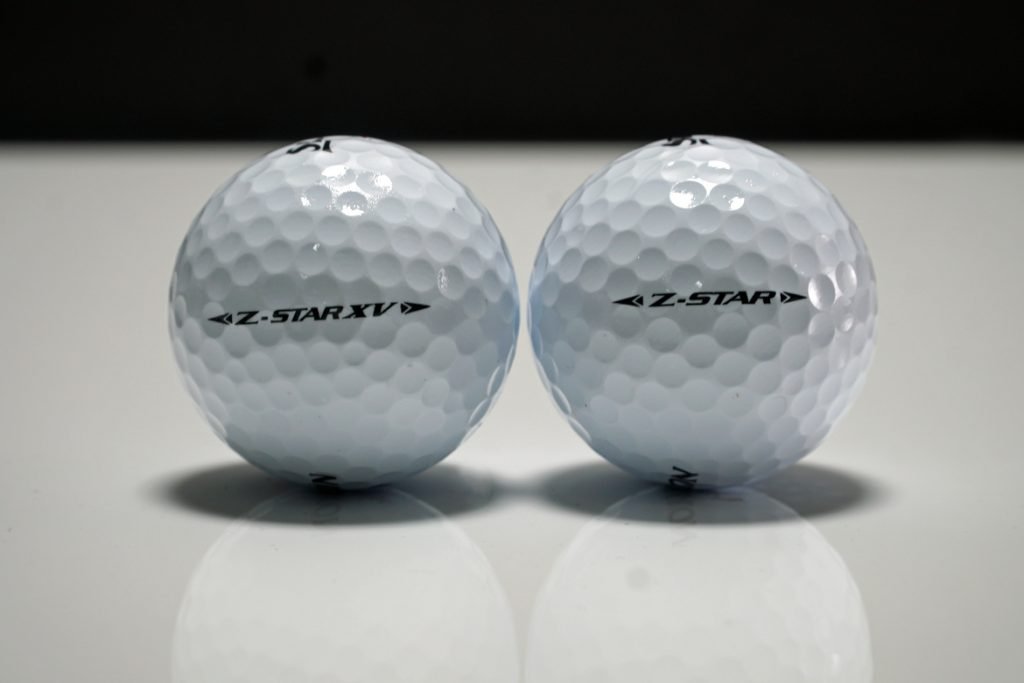 Some “premium” golf balls have a cover thickness around .85mm. The new Z-STAR and Z-STAR XV comes in at .5mm. A thicker cover in the past has added to the performance in green side spin, with the draw back of a bit less speed. Thinning the cover and using advanced materials such as SeRM should keep the spin up without any sacrifice of speed (the ball is fast), but could also wear a bit. It’s something we are keeping an eye on with further testing.

For dimple counters, the Z-STAR series features 338 of them in what they call a Speed Dimple Pattern. Speaking with them about the ball, they tout the aerodynamics for better flight, in even the windiest of conditions as one of the best features of this lineup. Fast, flight and control. 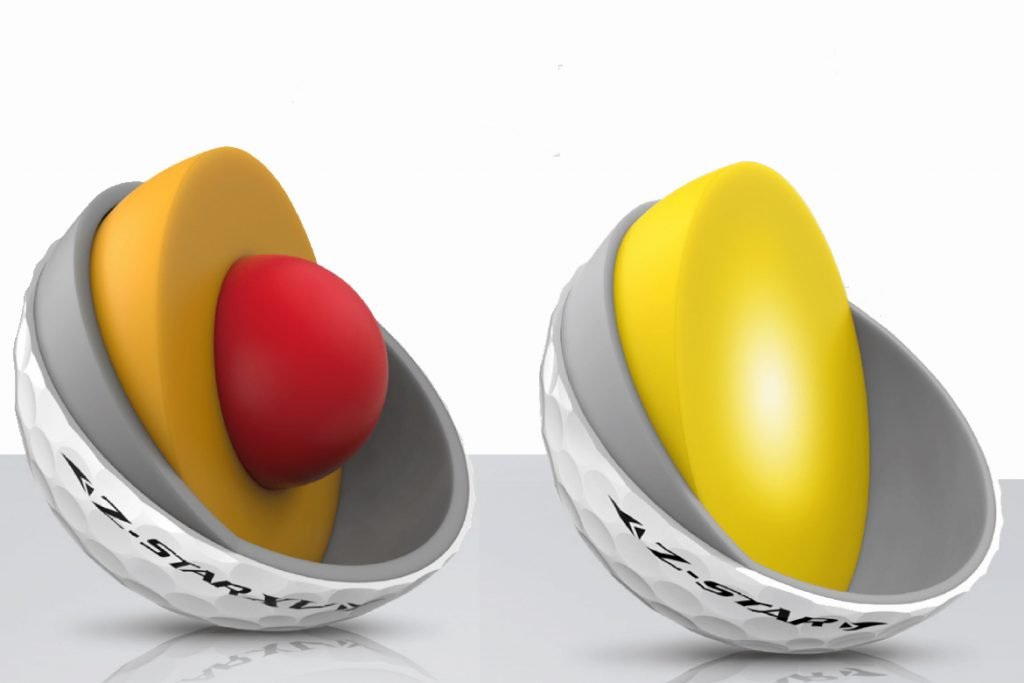 Looking at the image above, you can see that the XV is a 4 piece ball vs the 3 pieces that make up the Z-STAR. 12 compression points separate the two with the XV being slightly firmer and coming in at 102. Srixon recommends the XV to those that have a swing speed higher than 100mph, whereas the Z-STAR should fit those above 90mph.

Lots more coming this year with the new Z-STAR series and if you follow along on social media @THPGolf you might have a chance to win some throughout the year.