It is most definitely good to be king, and make no mistake, despite the competition we are seeing grow in the golf ball market, as of right now Titleist with its Pro V1 and Pro V1x is still the king. The tricky thing about being on top though, is staying there. For what seems like an eternity now, Titleist has walked that line as well as one could hope, but even they admit from the 2017 to the 2019 iterations, there was one area they needed to improve on to keep up with competition, and that was distance.

Saying you want to add distance is great, everyone does, but Titleist also knows that distance can not come at the cost of the short game accuracy the Pro V1 and Pro V1x are now legendary for. So, to address this they found a way to create a cast urethane cover which is 17% thinner, and according to them not only kept the scoring performance but allowed them to alter the casing and introduce the 2.0 ZG Process core. What does all that tech talk mean? Titleist said they have added speed and kept all the scoring precision…that is a big claim indeed. 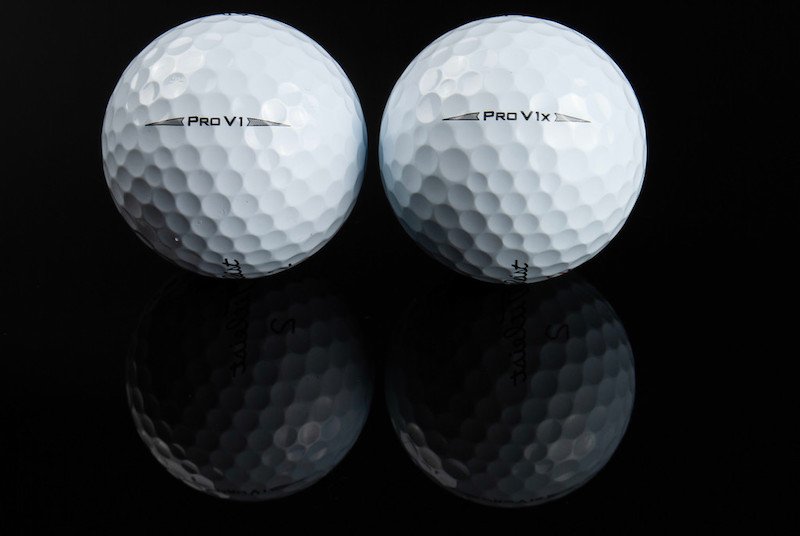 Both the Titleist Pro V1 and Pro V1x were tested using of the Foresight GC2 launch monitor, and testing was done not just in the short game area, but on the course in real situations as well. Entering the review, I decided to focus on driver, 7-iron, PW, and a 50-yard wedge shot to really try to cover the gamut readers might be interested in.

The Pro V1 is a three-piece design which revolutionized the golf ball game. Of the two options here, the Pro V1 is lower compression, and touts lower long iron spin as well as a flatter trajectory than its sibling. The thing about reviewing these golf balls is that year after year, they do what they claim to do, and this year was no different. So, since the focus of the 2019 release is increased speed, I decided to put them up against the 2017 version. The data recorded is shown below:

As you can see, there is a lot to look at with that Foresight GC2 data. First things first, keep in mind that I am but a mere mortal when it comes to golf, and without being a robot there is no way to be dead on the same swing after swing. That said, the overall numbers are very close to each-other, with the exception that ball speed did in fact see a jump in each swing/club type, which means more distance. So, for me, Titleist definitely delivered on their goal, at least with the Pro V1. 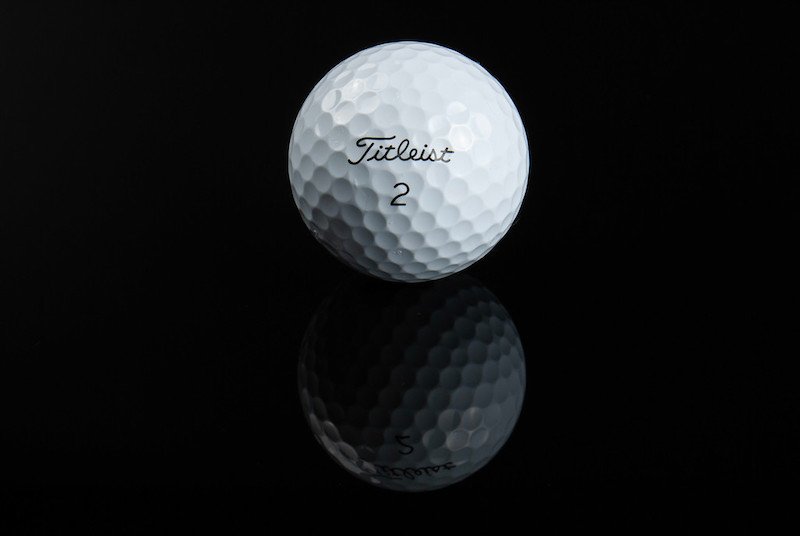 On a personal note, the Pro V1 has never been the best fit as a lower ball hitter, but I have always enjoyed the feel of it and the 2019 version was no different. Still not the ideal launch for what I need personally, but a ball that for sure hits the opposite segment from the Pro V1x.

On the other end of the spectrum, the Pro V1x has arguably been the most adored ball of the duo for most of the golfing public, ironically, most people also reverse in their heads the designs of the balls as far as flight and spin go. The Pro V1x is the four-piece offering here and while having the higher compression of the two golf balls, it also has a higher flight than its sibling and spins more on iron shots. Again though, with the 2019 ball the goal wasn’t to change those things, but to add ball speed and thusly distance, data against the 2017 Pro V1x is below:

Like with the Pro V1, the GC2 data shows that I did see ball speed increased in each of the clubs/shots attempted. Now, some will look at the numbers and respond with “that isn’t much of an increase!”, but keep in mind the variables when testing something like this, and for me the bottom line is that I did on average see an increase across the board, exactly what Titleist was claiming to have accomplished. Worth pointing out here as well though is that I saw a decrease in spin in the long clubs which would also help distance, and an increase in the scoring shots/clubs I tested which for most is what they would want to see. 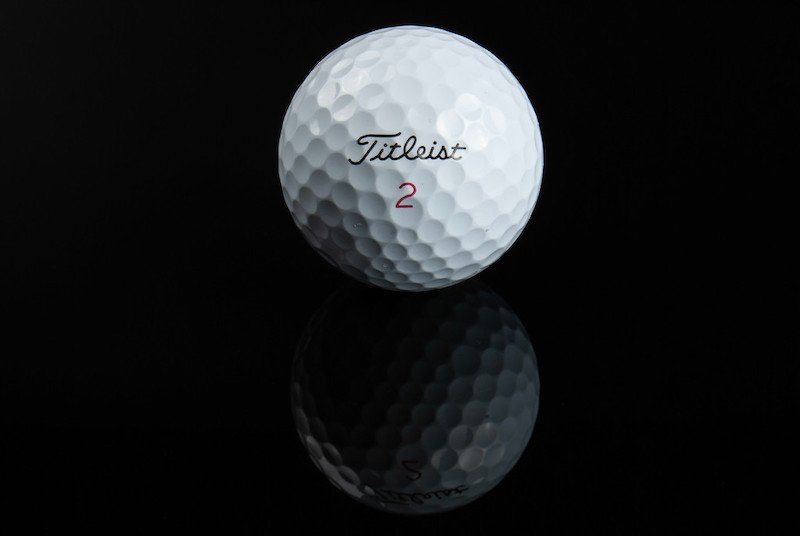 Unsurprisingly, based on my needs, it’s clear that the Pro V1x remains a better fit, but as I mentioned I’m a lower launch player so that added flight of this one makes sense. I actually do also prefer the feel here despite the higher compression, but that tends to be one of my little idiosyncrasies.

I would be remiss to not discuss the Pro V1 vs Pro V1x when it comes to the 2019 release, so, here we go. One of the big comments I saw a lot with the 2017 version of the golf balls was that the two had become more similar than ever, particularly in spin. To be honest, I never really tried the prior Pro V1 because having paid attention to the design traits of each, I knew the Pro V1x was the fit for me. Regardless, I wanted to look at this and decided to focus back in on the more precise wedge shots as that is where I would want to see the most difference, that small additional sample size beyond those used in the previous sections is below: 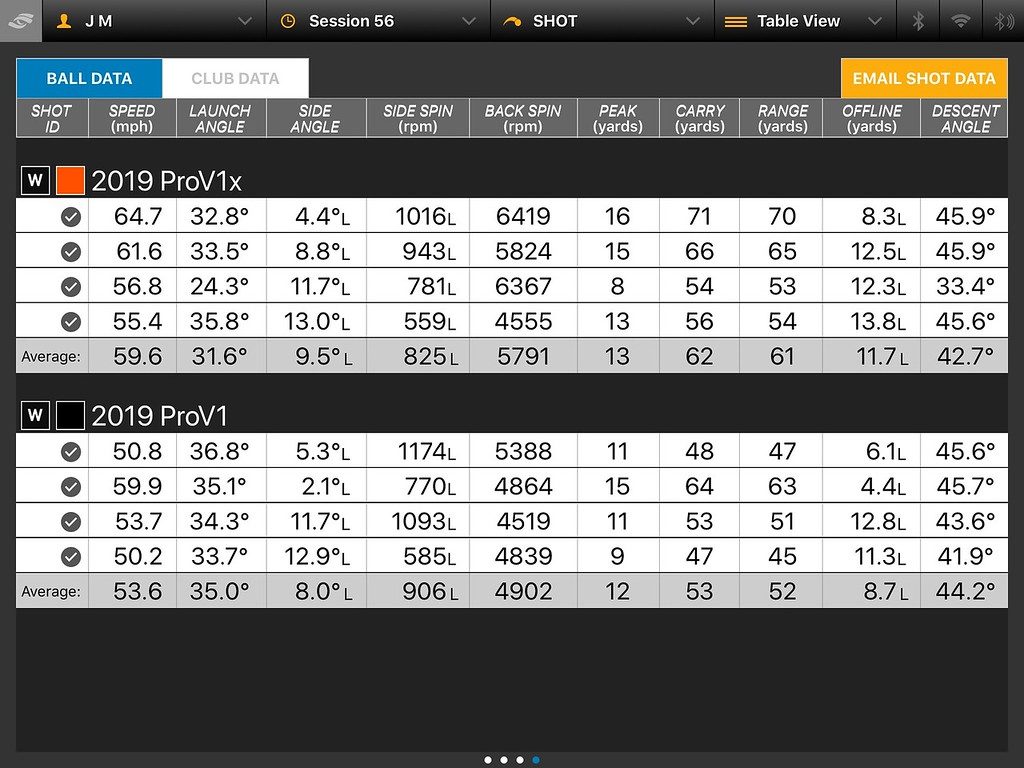 Even with a few swing speed differences in the samples, I still saw the Pro V1x get up quicker and easier, with a noticeable spin difference. That means being able to play those shots with a little more aggression which is something I really need/want. Separate from the above information, I also want to discuss the durability of the cover.  It’s common for some to hear/see “thinner cover” and freak out a bit. While I did manage to cut one of the Pro V1x’s I was reviewing with a 54° it ended up being a one-off thing because the other ball I put into play for 54 holes with no issues. Likewise, I saw no durability issues from the Pro V1.

The reality is that both the Pro V1x and Pro V1 balls do what they are supposed to.  They hit different segments, and based on what I saw with the 2019 versions I do think there is enough differentiation between them, and the addition of the AVX into the fold for Titleist also helps ease that and give them a little more wiggle room. Overall, the two flagship offerings from Titleist remain excellent golf balls.

The 2019 Titleist Pro V1 and Pro V1x are priced at $47.99 per dozen and will also be offered in yellow this year as well. My how the times are changing!  For more information on these golf balls and other offerings from Titleist please visit their website www.titleist.com.