Let’s not beat around the bush, golf equipment today is very much a game predicated on distance. Marketing constantly throws distance gains in our face and the king of that for a long time was TaylorMade Golf, which is what in my opinion makes their creation of the GAPR and its story so unique. The premise is simple, as the quest for more and more distance in drivers and fairway woods has continued over the years, the gap at the top of the bag for most players between their metalwoods and longest playable iron has increased. TaylorMade is now seeking to offer a way to fill those gaps, hence the “GAPR” name. 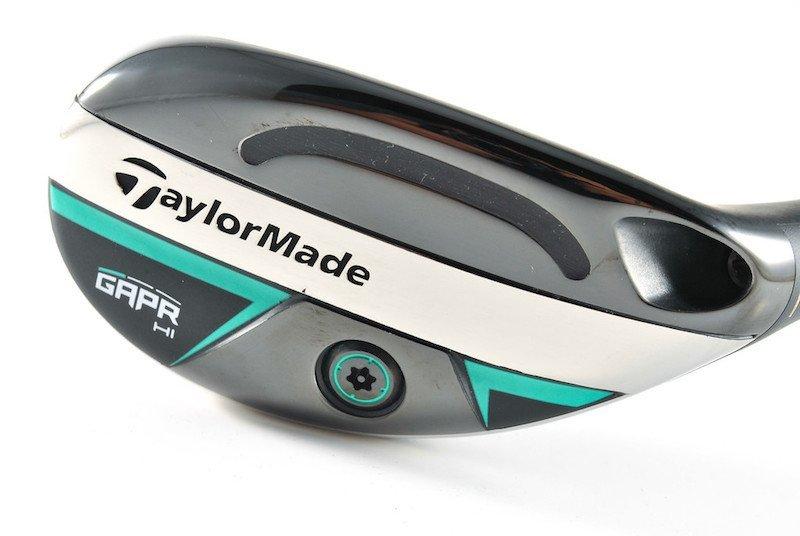 THP has been able to get all three models (LOW, MID, and HI) in for review and I spent time with the HI model. I received the 19° which is situated as a 3-Hybrid according to TaylorMade and this is the lowest loft of the four offerings which work all the way up to a 6-Hybrid (28°). The GAPR HI was also paired with the graphite KBS Hybrid shaft in 80-S and played at 40.75” for this review. 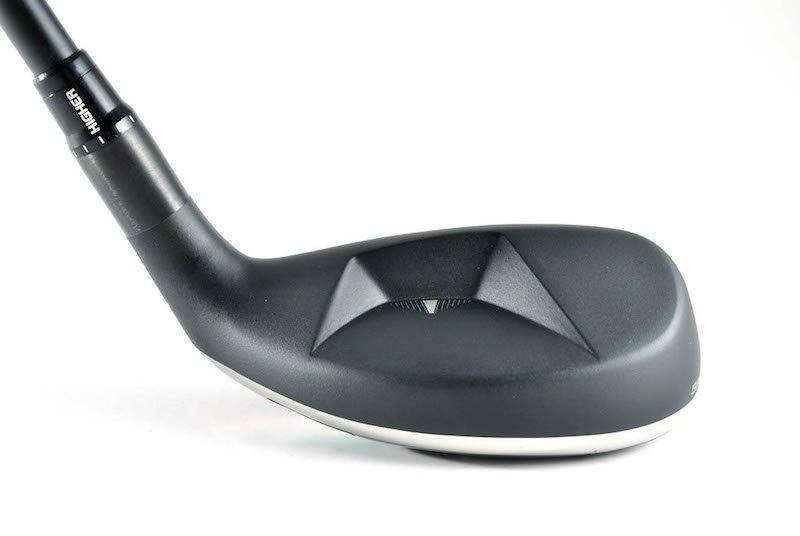 As unique and different as the naming methodology is here, the shape of the HI model is even more so. First off, this is a small profile overall and one that we have not seen for some time as the trend has been more towards miniature fairway-woods for hybrids that maximize perimeter weighting with the sole focus of launch, forgiveness, and distance. Here though, the size makes sense as it is intended to fill a gap and blend more easily into your longest playable iron. Coming in at 91cc for the 19° (94cc is the biggest of the four lofts) it is 15cc smaller than the M3 hybrid which is a pretty compact shape by today’s standards. There is some quirkiness to the design as well with the built-in and somewhat concave alignment aid, it is very different, but as someone who battles an overly right of target alignment, I found it to be a nice addition. Some will simply not care for the look, and that is understandable, but the decision to go matte for the finish helps tone the alignment feature down a bit, well done there TaylorMade. 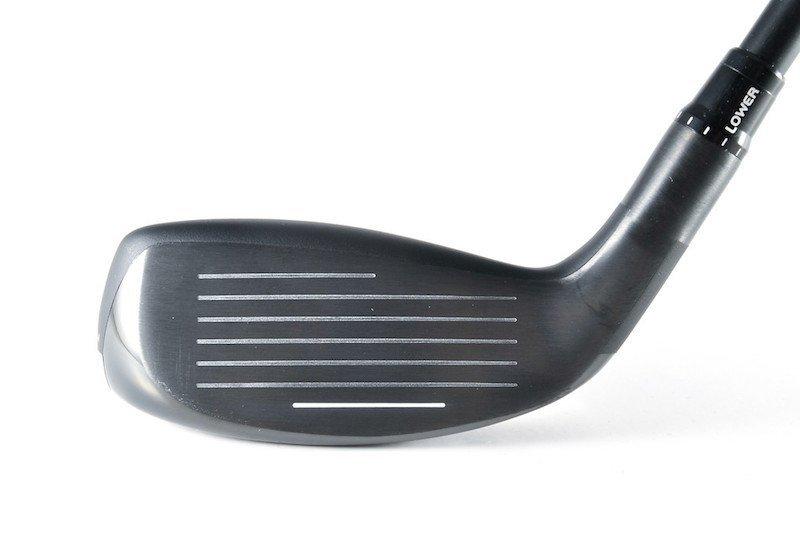 One of the big “tech” aspects of the GAPR HI is the inclusion of SpeedFoam. Having played the P790’s for a portion of this past season, I thought it was nice to see them expand the use of the material but admittedly was curious on what it might do to feel/sound. Well, from the first swing the answer was evident, the GAPR HI has the most solid sound/feel that I have ever experienced in any hybrid. Quite literally, the sound is a “crack” that, pulling from clichés, has a very persimmon nature to it. Personally, I found it addicting, but I will say that it very much blurred the feel between pure strikes and misses, no matter where you hit it you get that super solid feedback. Additionally, for me it lead it to not feel as “hot” as some other hybrids, but the numbers proved it was indeed offering a substantial amount of speed and power, which is the goal of using the SpeedFoam material. 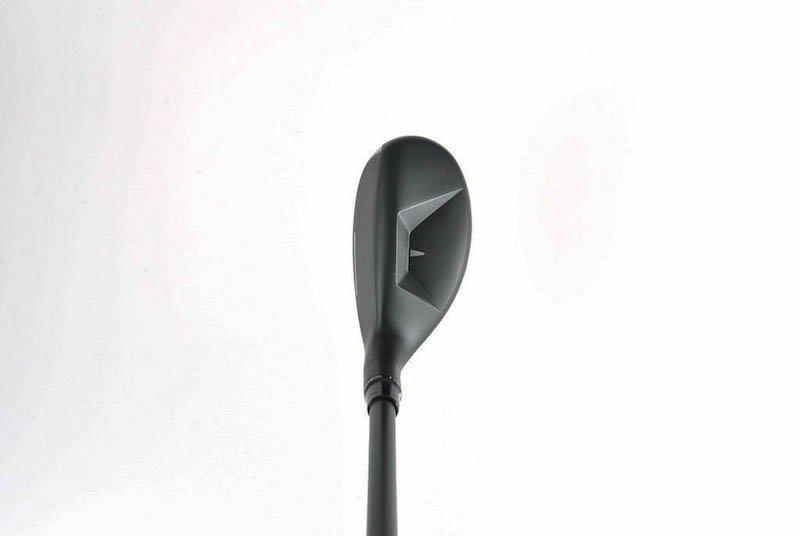 With the “HI” naming on this one, the initial expectation is a “high” ball flight, but I think it is key to remember it is mainly in relation to the “LO” and “MID” counterparts in the GAPR line. I am not a high ball hitter, so I anticipated a much flatter ball flight, especially considering the 19° hybrid being used and that is exactly what I got. As you will see later in the review, the Foresight GC2 data for the club both off the tee and the deck situated in the 22-23 yard average peak range with, as expected, lower launch off the deck than the tee. I do think that the selected stock shaft is going to play a role as in my experiences the KBS graphite hybrid shaft has been one of the lower launching and spinning that I have worked with, and combined with a lower spinning head like this then fit will be critical to maximizing numbers. For me, I think a change in shaft profile and adjustment to the Loft Sleeve could unlock a bit higher flight and more distance because the ball speeds are certainly there. 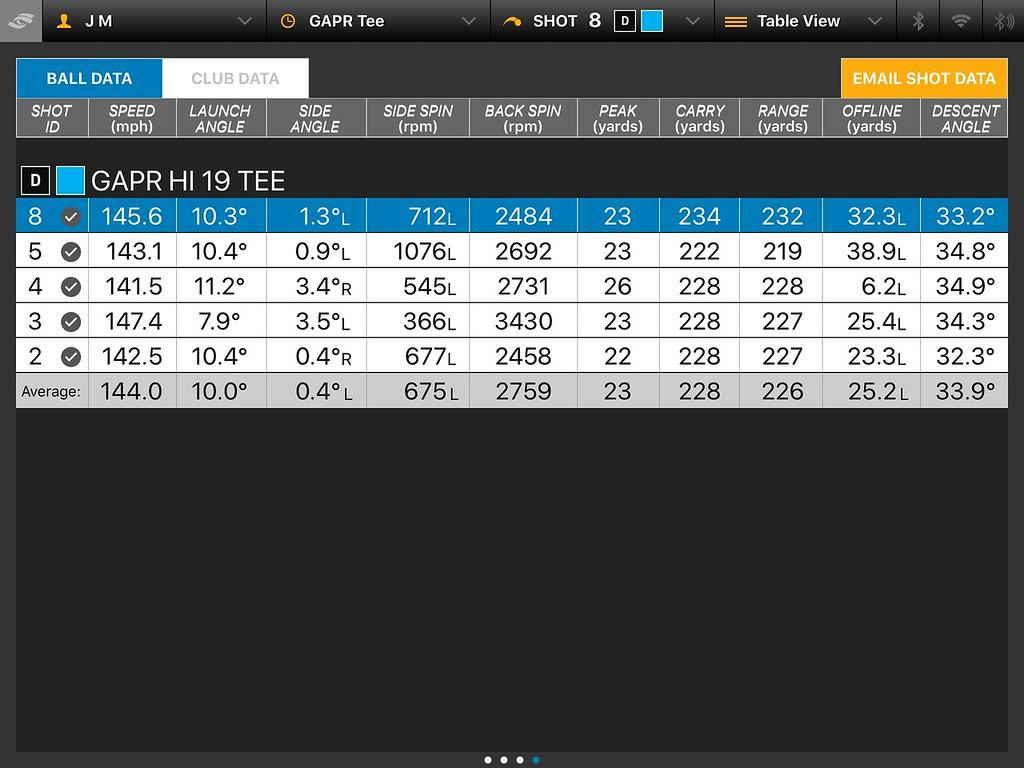 Speaking of ball speeds and distance, as seen in the GC2 data, average ball speeds were very promising from both the tee and the deck. I think much of this comes back to the SpeedFoam and also the fact that we know by now that TaylorMade’s “SpeedPocket” design on the sole works. Even with the flatter ball flight, the carry numbers surprised me, as did the lower spin. That said, the question becomes does it truly fill the gap in the top of the bag as the GAPR lineup was designed to do? For me, it bridges between my 4-Wood and 4-Utility well enough, leaning perhaps closer to the fairway wood than the utility iron for total distance. However, as I mentioned I think fitting could situate this better in the middle of the two for carry if a touch more launch and peak height could be found. For those who can easily elevate a 19° hybrid though, I honestly believe it will gap itself quite well at the top of the bag. 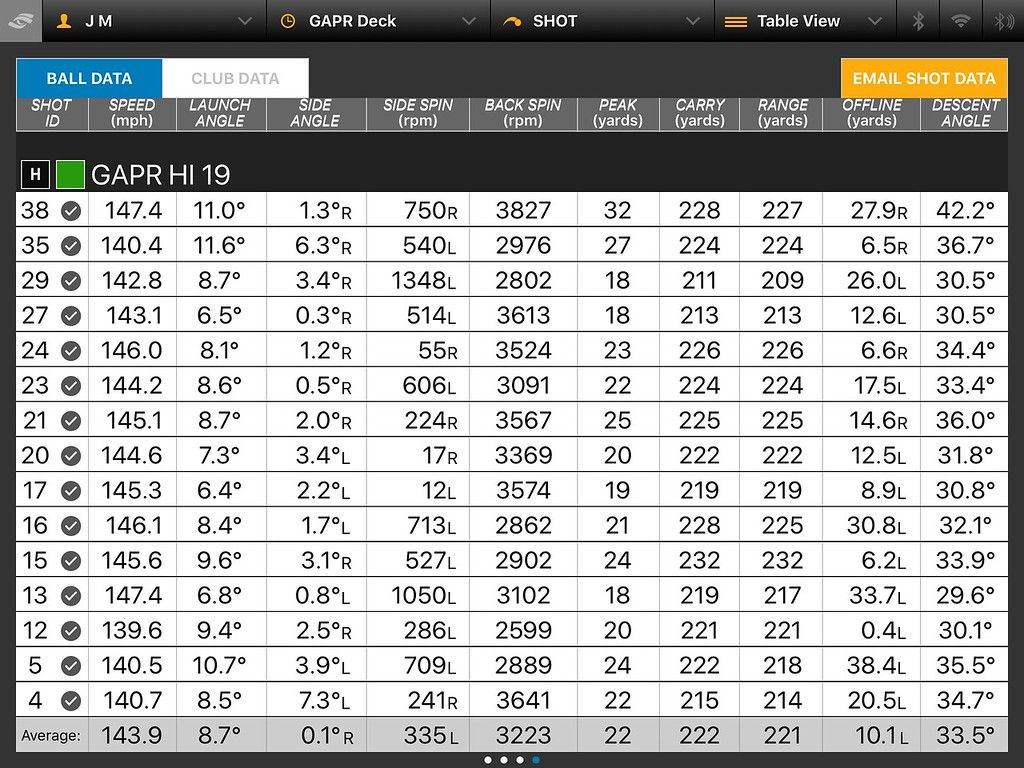 As seen in the captures above, the data was very solid overall, particularly for a golfer who usually shies away from 19° hybrids in favor of 7-Woods, in fact it was good enough that more fitting/testing will be done post review. The key is going to be what you seek in a hybrid.   This is a smaller profile that falls more in line with being an iron replacement that also offers versatility in shaping shots. I was able to not only flight the club down for some low screamers when the time called for it, but also turn the ball right to left with comfort and no real fear of the vaunted hybrid-hook that so easily occurs in some designs. Also, I found it to be surprisingly playable and forgiving on misses, but given the size of the profile it should not be confused with the forgiveness of a more game-improvement design with more perimeter weighting options. 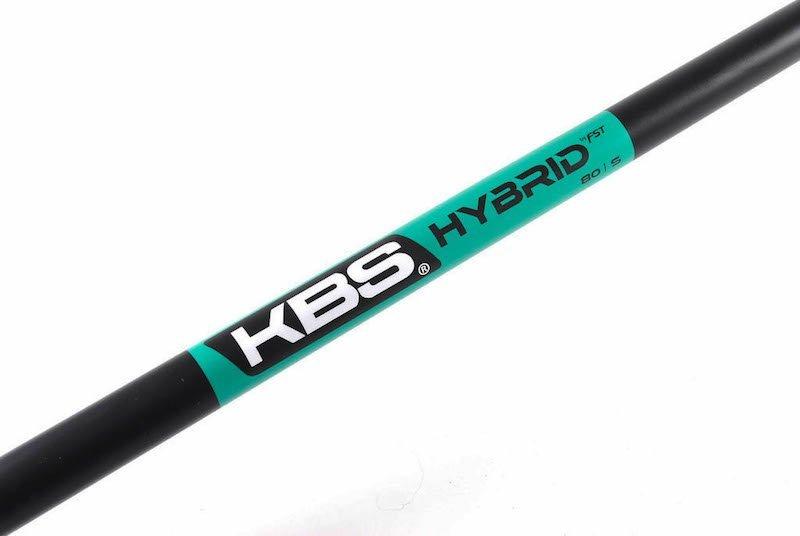 When the GAPR lineup was announced it definitely seemed out of left field for a company like TaylorMade who has touted distance above most other things for so long, but it also seemed like a turning of the page for the company. Though aesthetically the line has met a bit of a hot and cold response, there is an outside the box approach here that as a fan of golf gear I enjoy seeing. As for the GAPR HI in particular, it is the first hybrid in some time that I feel like almost harkens back to and draws from what Adams used to do in their smaller profiled designs and I believe there is a demographic out there for that still. It will be curious to see the longer term reception and adoption, as well as if this is a starting point or more of a one-off innovation from TaylorMade.

Each design in the GAPR lineup is priced at $249.99 and more information is readily available at www.TaylorMadeGolf.com.  You can purchase GAPR at local retailers and online and places like www.budgetgolf.com where you can use the promo code 15OFFTHP to receive 15% off your purchase.