It started with an idea. The thought that golfers were looking for more, and by surrounding himself with incredibly gifted and intelligent people that he could bring it to them. First came the research, then came the execution, and finally the products began to flow. Now golfers are on the brink of a device that might be the first of its kind.

Upon entering the offices at Ernest Sports, you are greeted with a comfortable environment that screams golf paradise. Between the pictures hanging on the wall and the simulator bays that the company is assembling as this is being published, it is exactly what every golfer would want their “man cave” to look like. As I entered the lobby, Joe Ernest pops out and invites me back to his office to “have a chat” while the rest are finishing up with other tasks, but gives me the warning that he is finishing up a sandwich.

If you have not had the pleasure of meeting Joe Ernest, he is the type of person you could talk to and share stories with for hours. We talked about his previous ventures, which tells the story of an entrepreneur that found his path multiple times and most recently after selling his previous company, to Birch Communications back in 2013. When the topic shifts to golf and how Ernest Sports began, the smile gracefully takes over his face and quietly he says “I love this game and knew we could create something for golfers”. 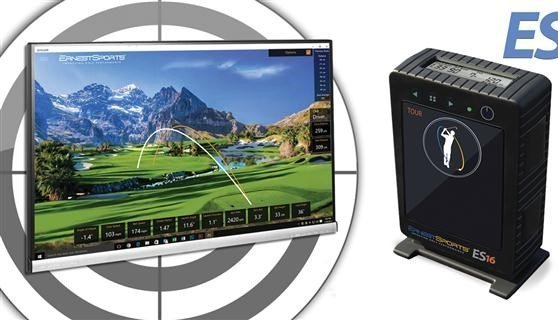 The research took time, and to this day has not stopped with engineers in both the building and through his relationships at Georgia Tech. They first came out with a doppler powered consumer friendly device called the ES12 , followed up with a dual doppler device called the ES14, and had tremendous success as players of all skill levels have become adopters. This is when the story gets rather interesting for the golfers out there that love full data and technology.

As we sat in his office having a conversation, Ernest said that the learning curve internally, and the wants and needs of golfers, have all led to the ES16. A device that is combining the two technologies that are so often discussed in fitting and data tracking accuracy with doppler and high speed cameras. The ES16 begins to ship in the coming weeks and in speaking with their sales force, the pre-orders sold faster than they expected. However, that is not the big story here, instead the story is about a brand and what they are working to build.

As a company, they are one of the few launch monitor brands that is US based. In fact, as Ernest put it, “Not a single device leaves or will leave without us testing it personally in the back” (which I witnessed later in the day). If there is a problem with a unit, it does not have to go overseas to be fixed, but right back to Norcross, GA and the company will overnight you a unit as they diagnose. It’s a technology device, so there will be issues that come up. That is part of an early adoption into any launch monitor, let alone one that will be equipped with both cameras and radar, however based on experience in ownership of multiple brands, most issues are software related.

By this time Joe was beaming about his new ES16 and we walked out of his office towards the back area where testing and setup was taking place. His excitement is infectious, and with each employee we met and discussed the brand with, you come to the realization that it is not just Joe Ernest that is enthusiastic, but the entire operation. They believe that in time, this device will be as accurate as anything on the market because of what is measures and how.

Is that true? Hard to tell as of now, but in the early testing I witnessed at their office, everything seemed as accurate as other devices we have tested, use and owned. Right now the team is hard at work finalizing some software tweaks to make the device ready for the coming weeks, and while I only witnessed a dozen or so swings from multiple people there, with each impact of the ball, the data I saw said they are headed in the right direction. 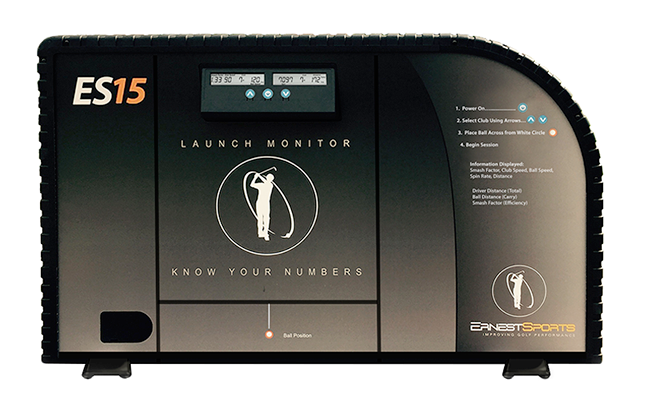 While touring their facility I saw golfers testing out the new ES16 device, and others testing multiple ES14 models that have been purchased and are ready to ship. Also, quite visible is some signage that sits next to an inviting couch about their ES15 model which I still believe every driving range in America should have in their bays. Then with a glance behind me, Joe Ernest is standing there and I ask him point blank “Is this going to be as accurate as the other higher priced devices on the market?” and with a look at the screen showing the data and a quick glance back to me he responded, “Josh, we believe it will be and our testing says it will”.

After several hours with us, Joe Ernest excused himself to an appointment and the day finished up with the rest of the crew. The message is very clear, their goals and philosophy are different than a lot of technology companies of today. If you call, you get a voice, not some automated system or voice mail and when asked what happens when they grow and the phones are ringing more and more, the answer was simple. “We hire more voices to be part of the team”. That sentence says a lot about the culture inside the glass doors of this office, and a lot about what they are trying to achieve. In a day and age where sending a tweet often gets a faster response than a phone call to customer service, Ernest Sports is bucking that trend a bit, despite being a technology company that is poised to make a solid run for the future. 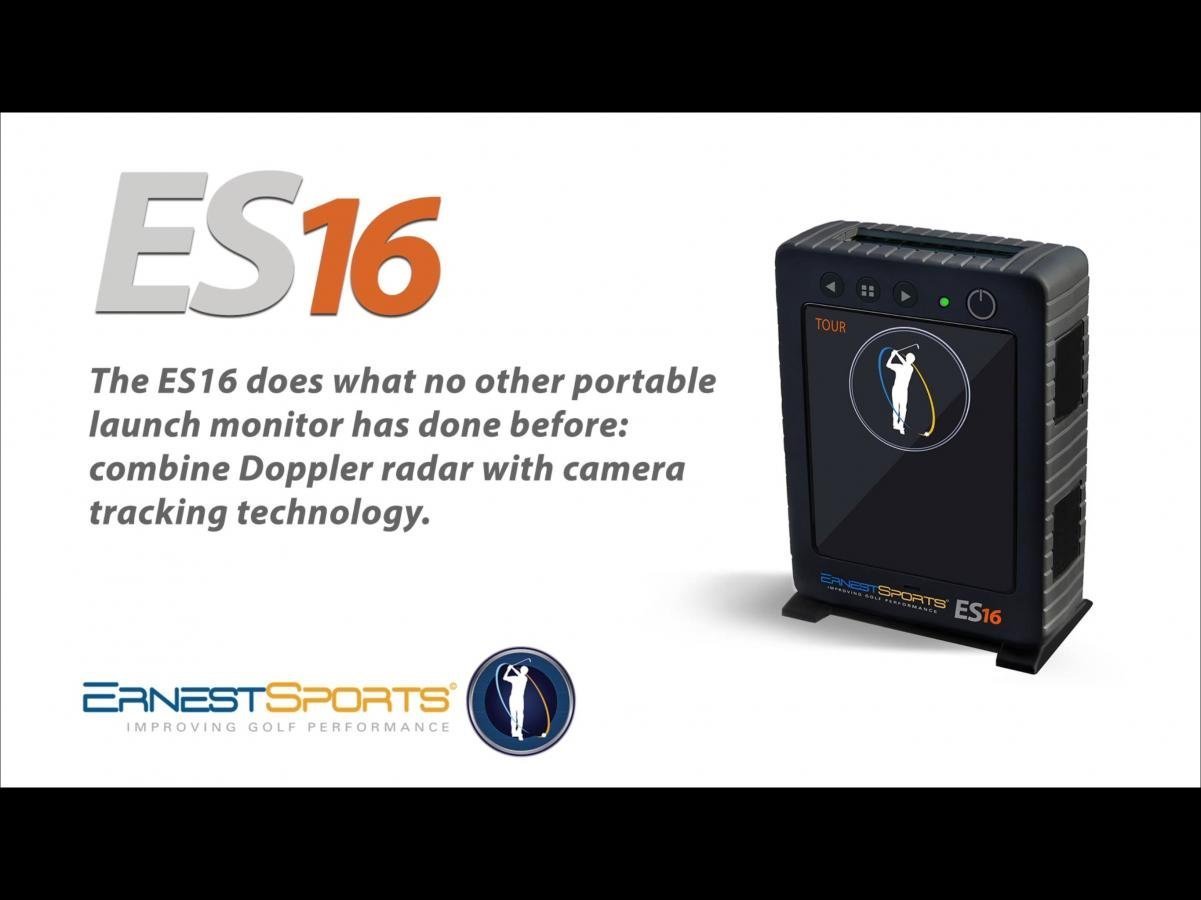 Upon walking out of the doors, I sat down in the rental car and collected my thoughts before heading to the airport. In a sort of throw back way, I was looking at Ernest Sports like a good book.

Right about now you realize that you have not put it down yet and are wondering what is coming next. After spending some time there, I don’t know what the answer is, other than to say commitment. They are committed to making sure their devices are the best they can be and believe it with everything inside of those walls. Will the ES16 change the game for the industry? I have no idea, but I wouldn’t bet against Joe Ernest or the people there, and firmly believe that with their current launch and some firmware updates that always come with technology, they will have a device that pleases a lot of people.