There are a few names in golf equipment that are immediately recognizable to golfers across all skill levels and one of those is definitely the Tight Lies from Adams. Many will recognize it as a name attached to multiple lines of clubs in recent years, but this has nothing to do with any of those. Rather, this is a throwback to the original 1996 fairway created by Barney Adams, which made fairway woods playable off the deck for golfers again. Fast forward to today where fairways have essentially become mini drivers that can be difficult to hit off of the fairway and there is perhaps no better time for the return of the Tight Lies.

Information on the Tight Lies fairway wood from Adams Golf:

Today’s fairway woods have become hard for most people, including many tour players, to hit from anywhere other than off of a tee due to their deep faces and higher CGs. These “mini-drivers” are also extremely hard to hit well out of the rough or sand due to their larger size.

The new Tight Lies will revolutionize the game just as the original did. The playability from every type of lie, and the ease at which golfers can get the ball in the air makes Tight Lies the perfect club to hit those long par-4’s and par-5’s. For the first time in a long time, golfers will love hitting a fairway wood again.

The most notable feature of the Tight Lies fairway wood is the sole. The Tri-Level sole is the key to making the club successful from a variety of lies, as its upside down trapezoidal shape decreases the overall turf interaction to allow for clean contact. From tightly mowed grass the bottom level of the sole moves freely without the propensity to dig, and from thicker lies or the rough the beveled outside angles provide deflection of the grass to prevent twisting on the way to impact. 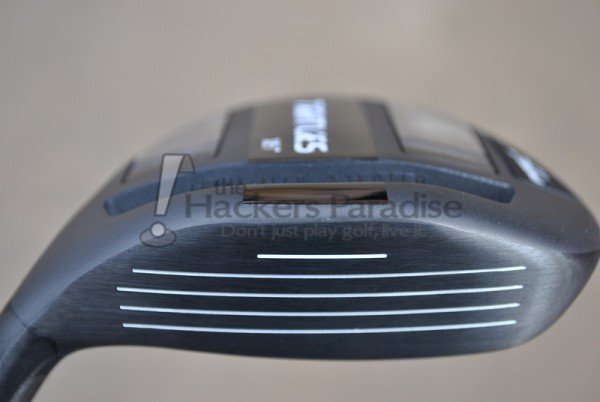 The Tight Lies has a face height of only 1.18” which is about 20% smaller than most other fairway woods on the market. Additionally, it is only 133cc’s, making it around 25% smaller as well. What this means is the CG of the head is lower to the ground as well as further back, and the largest margin of the hitting area is below ball, both of which increase the ability to get the ball up in a hurry. 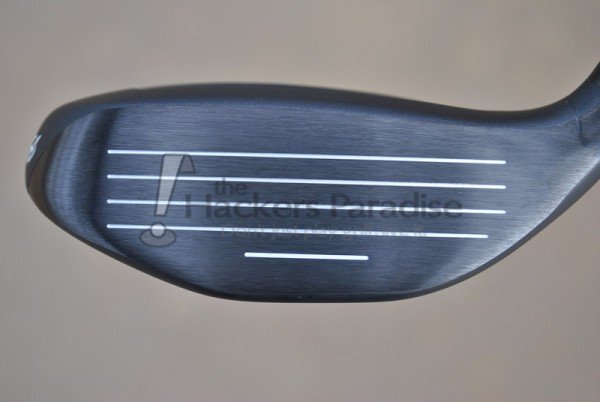 In order to add ball speeds and distance to the smaller overall profile of the Tight Lies, Adams Golf has also implemented into the design their cut-through slot technology. This tech features a slot on the crown as well as the sole of the club, which are unsupported in order to increase the spring-like effect of the slots and increase the overall CT. In fact, the CT on the new Tight Lies is double that of the original. 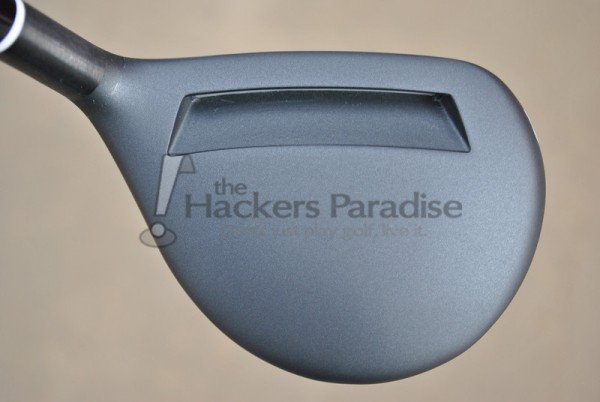 The Tight Lies head is a very clean and compact design. Thanks to the smaller overall size compared to most modern fairways, it will undoubtedly feel like an in-between of a fairway wood and a hybrid for some. Although feelings on the slotted crowns of clubs are still very much a mixed bag of love it or hate it, the matte black finish really streamlines the overall appearance at address, making it an incredibly clean look. Additionally, the sole graphics are not at all flashy and play to showcasing the tri-level sole design itself (including a play on the shape with the lettering). Combined with a throwback style Headcover, Adams is letting the name and the design speak for itself rather than succumbing to the flash and dash tendencies we see so often elsewhere. 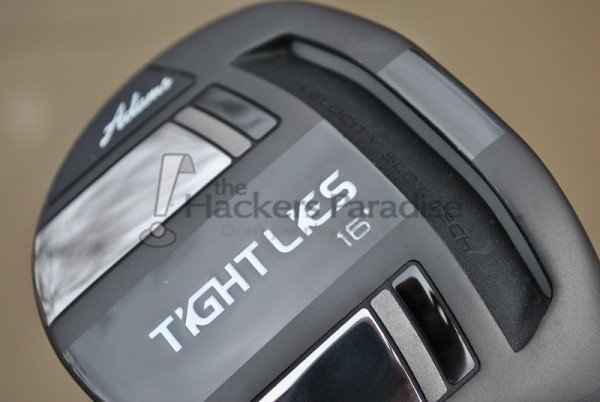 For review THP got to spend time with the 16-degree 4w version of the Tight Lies paired with the stock Mitsubishi Bassara Eagle shaft. 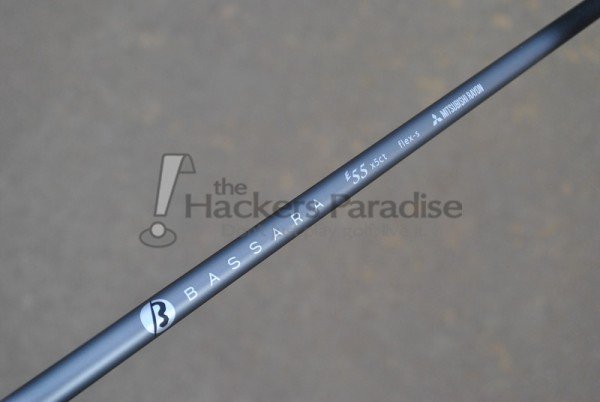 Overall, time spent with the Tight Lies revealed it to do exactly what it was intended to do. Off of the deck this club absolutely shines, thanks to the lower profile head, lower rearward CG, and the fact that its lightweight Bassara shaft is 42.5” (in the 4w). The ball launched extremely well, allowing a nice penetrating high flight time and again.  Even from the rough and sandy waste areas the club was resistant to grabbing and twisting, which allowed for consistent contact. However, from the tee this is a club that will require some acclimatization when coming from the massive fairways which we commonly see. Tee height will be everything, as there can be a tendency to dig when not off of the deck if the user is not cognizant of the situation. 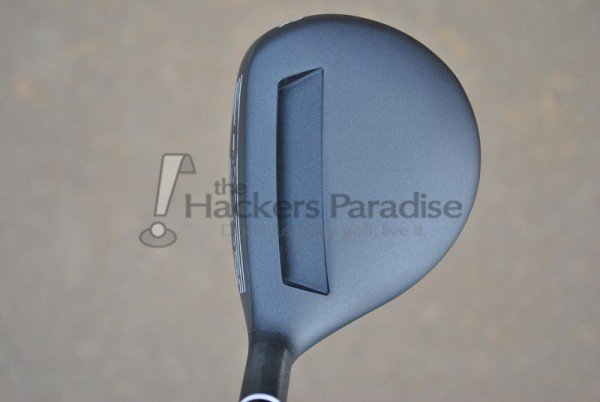 The cut-through slots in the head provided for decent overall ball speeds, but shined the most in forgiveness and retention of those speeds in such a compact head. The Tight Lies showed solid forgiveness and shined extremely well as it pertains to overall dispersion. It wants to hit the ball high and straight. As far as distance is concerned, off of the deck the club saw numbers that are on par with other harder to hit fairway woods. Off the tee however, it was not among the longest. Overall, considering that its primary goal is to make fairway woods hittable for golfers off of the deck and not to be a miniature driver, it performed very well. 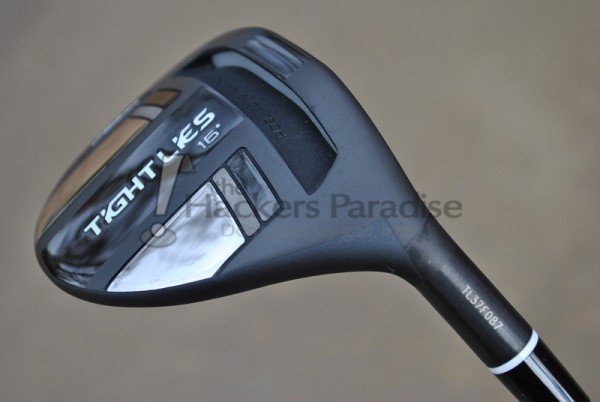 Adams Golf has never been afraid to buck the trend in the golf industry and the return of the Tight Lies definitely goes in the opposite direction of what we are currently seeing with the masses of deep fairways and miniature drivers out there. However, if you are going to go in a different direction than the current path it needs to be done well and Adams certainly did that. The Tight Lies is nothing short of an extremely playable option for those who still enjoy utilizing their fairway woods off of the fairway and a variety of other lies.

The Tight Lies has an MSRP of $200.00 and more information can be found at www.adamsgolf.com.