During the 2009 PGA Merchandise Show the THP Staff covered the entire show floor numerous times and by the end of each working day, we could barely stand up due to foot fatigue. By the time our 4 days in Orlando were complete, the staff at THP could barely stand, never mind walk. When the 2010 PGA Merchandise Show was approaching it became a fairly hot topic in our offices about what we should do to combat the issues that came up last year. Ideas were thrown around quite a bit and we heard everything from Segways to golf carts and everything in between. Obviously those were dismissed for a whole bunch of reasons, but one idea sparked our interest quite a bit.

A friend of THP had said, “All of these shoe companies are always promising new technology that is geared towards more comfort and less problems, why don’t you test them on it”. With that thought, the idea was born and we decided to do some research and find out which brand seemed to have some technology out there that was going to help us both for Demo Day, in which golf shoes are needed, and the show floor in which regular sneakers are needed. With all that we were needing, we reached out to adidas Golf and told them of our dilemma and our challenge. What we found out was that they were not going to be a part of the PGA Show this year, but we pressed them on the idea of letting us try out some shoes that they felt would help us in our endeavors. The Shoes
adidas Golf provided us with with 2 types of shoes for our challenge of covering both Demo Day and the show floor for 4 full days.

After taking a look at the assortment that was sent over, we were putting our trust in technology, so to speak, that these shoes were going to help. Demo Day
Playing a round of golf can be murder on your feet without the proper shoe and while that is frustrating and a problem, walking miles for the PGA Show Demo Day for a period of about 8 hours can be even worse. Armed with our adidas Golf shoes, we started our trek at 7:30 am and we did plenty of walking, running, and standing. By the end of the day, the entire THP staff was officially exhausted, but still had to upload about 500 pictures and be ready for our evening appointment. Did the golf shoes hold up? Were we achy and exhausted? Were our feet sore like the previous year?

Actually, we found that the golf shoes were even better than expected. Not only did our feet hold up fine, but one of our staff (Harry Longshanks) suffers from chronic blisters and said that he had no issues at all. The adidas Golf Tour 360 4.0 and the Signature Paula shoes were a complete success. Something we never thought would be the case and were actually a little scared going into this testing. Show Floor
The PGA Merchandise Show floor can be a daunting task to walk and while that can be a major issue for some in the media, THP walks that entire floor numerous times per day (miles of walking) to make sure that we cover the entire show for our readers. After the previous day of coverage and not having major foot fatigue, we were fairly excited about the idea of trying out these specific shoes that were designed for stability. What we found after the first day was much of the same from demo day, adidas seems to have executed their plan to actually help athletes and it was a pleasant surprise to us and more importantly our feet.

As the days went on, the constant walking and standing will take its toll in your legs, bodies, and more, but in the end, these shoes geared towards stability and proper alignment really held up well. Nobody was complaining about foot fatigue and compared to the previous year, this 180* turn was extremely welcome.

Overall
Can function and style co-exist in a shoe? Absolutely! Can a shoe make a difference more than people believe? Absolutely! Our entire staff was not sure going into the coverage what to expect. Could a shoe, golf shoe or otherwise, really make that much of a difference in standing on your feet for 12+ hours and walking miles per day? At the end of our THP Show Coverage, we can honestly and excitedly proclaim that “YES THEY CAN”!

For anybody that is looking for more information on these products, and we strongly urge that you do, check out the adidas website at www.adidas.com. You can always hear about the latest in their golf line as well by checking out www.adidasgolf.com. 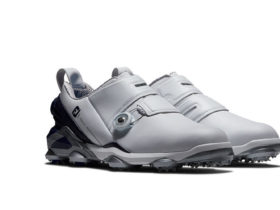 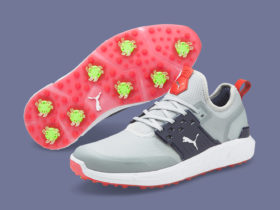 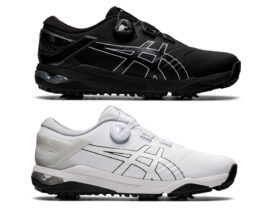