written by The Hackers Paradise October 28, 2014

The 2014 year brought golfers many new innovations in the world of golf and drivers were at the forefront. As the season winds down in some areas, THP thought it would be a good chance to take a look back at 2014 and ask the question what was your favorite driver that was released. Throughout the year, THP reviewed just about every piece of golf equipment that came out and the THP Forum was bursting with information and feedback on most of them by golfers from around the world. 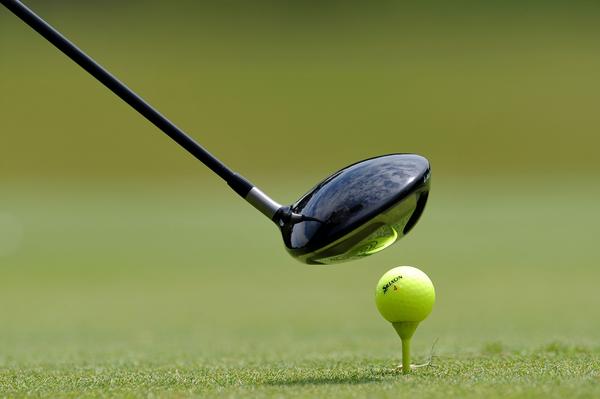 One category that always seems to bring some of the best techology discussions of the year was that of drivers and metal woods and with each release there were golfers giving detailed feedback. So the question goes out to all of the THP readers out there. What was your favorite driver of 2014?

There were quite a few releases and most of the major companies brought at least something new to the table. So out of everything you tried this past year, what was best in show? Let us know in the comments section below or join us in the THP Forum and join the conversation.

I think the best overall driver for every golfer in 2014 is the Big Bertha. It is incredibly easy to hit and produces some very nice distance. It is a very accommodating driver for all skill levels.

For me at least, it has to be the Big Bertha. Great overall distance with a ton of forgiveness, in a really nice looking driver head. There are definitely drivers that were longer on best hits, but none were nearly as forgiving.

It’s going to be the SLDR for me. It’s accurate, long, pleasing to look at and very well balanced. I love it!

I had the chance to play a handful of drivers this year. TM SLDR, Adams XTD, Cobra, Callaway’s Big Bertha and Alpha, and Ping’s G30. All good drivers.
My favorite for 2014 had to be the Alpha. The sound, feel, and adjustability have made this an easy club to dial in and get consistently good results from.

For me, the best driver of 2014 has to be the Cobra Bio Cell+. Very solid low/mid spinning head with ample forgiveness across the e9 face. Alpha was also good but lacked the horizontal forgiveness that the + provided for me.

Lots of good drivers in 2014, but one really stands out for me. The Ping i25 is lower spinning and surprisingly forgiving. I ended up finding a solid shaft to pair with the i25, and have no intention of changing.

The Alpha and G30 stand out to me. Different drivers for sure, but both produced great results for me.

Standard Bertha for all around performance, and it’s not really close for me having hit all of the 2014 releases.

Big Bertha and the V-Series for me as far as drivers from this year.

I played the Alpha and the Bertha. Alpha’s sound and feel were second-to-none, but Bertha is the best driver of 2014. It even appeared that more players on Tour played Bertha than Alpha as well. Just a great driver!

Hands down the Bio Cell+ with the D+ combo for me. Nothing else came close.

For me it was the Bio Cell. Forgiveness breeds nothing but confidence and thats what this driver has done for me

The Big Bertha Alpha has been the Best Driver for me Ever. It’s the first adjustable driver that I’ve had the ability to manipulate to achieve optimal ball flight for my swing. The head paired with the Fubuki A60 makes this driver a long bombing machine. Gravity core down bring my spin into a zone I’ve not been able to achieve. It’s an absolute blast to have in the bag.

I haven’t hit many new drivers this year so i will give it to 3 drivers. Ping G30, Srixon Z 545 and Big Bertha

SLDR all the way for me. I tried the Big Bertha but couldn’t get solid performance out of it.

When I went for a driver fitting I tried out the SLDR, Jetspeed, Alpha, G25, as well as the Bio Cell. However, at the end of the fitting the Big Bertha with Zeta Tour stiff shaft was the most consistent (not the longest, mind you) but it presented the most consistent numbers. Very happy with my BB minus the paint wrinkle in the crown…

Another vote for the Alpha. Probably my favorite driver of all time.

I only hit the Cally V Series (live) and the G30 (indoors). I really liked the feel of both but the G30 felt a bit more powerful to me. Maybe it was the monitor readings and echoing in the hitting bay? I’m going to hit the new Callaway BB815 soon and will be doing this at the local Callaway Fitting Center, so I may have to amend this post.

For me the best driver was the BB Alpha with the Bio Cell Pro a close second.

For me it was the Bio Cell Plus. The stock offering just fit me very well. Liked the look quite a bit and I think they made the face hotter than the AMP Cell line. Honorable mention goes to the i25. Just another one that suited my swing well.

Big Bertha was the winner for me. Lots of distance and great forgiveness. Although, the Bio Cell+ was a close second.

The Best Driver is the Big Berth… it’s long enough but forgiving as much as any club I’ve used. I have the Bio + as well. It’s a close second. It’s been fun to hit lots of drivers on course again instead of 3 & 5 woods to find the fairway, but being way back.

I came away very impressed by the Ping G30 SF TEC driver. Long, straight, good looking and I liked the feel of the shaft. What more could you want?

After trying, the Bio Cell+, G25, X2Hot pro, G30…I have to say that the Bio Cell+ won it for me. Forgiving and the most rewarding when you hit it in the sweet spot. Right now though I’m really looking forward to the new 915 Driver. Technically its 2014, but after gaming the demo for 2 weeks I’m seeing some good things.

I fell in love with Big Bertha. But I didn’t hit that many to make a fair comparison. I quit looking once I hit the girl a few times.

G30 for me. I also found the X2 Hot pretty darn long. Hitting the Bio Cell & Bio Cell+, I would put those next in the list.

Ping I25 and the Cally BB Alpha are scary long and accurate.

big bertha is perhaps the best overall performer of 2014. x2hot was also very good. late release of g30 has a lot of interest due to forgiveness and great ball speed off the face

Without question its the old lady coming back. Big Bertha

SLDR it is. With the Diamana Kali Blue, it is by far the best driver I have ever played. I get a nice high and long flight while mis hits are straight with a loss of distance (but still in play!)

I would have to say the Callaway Big Bertha was the best driver of 2014. Although the Alpha performed better for me, the regular Big Bertha fit a wider variety of golfers and provided the best lateral CG movement to date. An awesome looking head with great technology, but performance is where it tops everything. Incredibly large sweet spot with fantastic forgiveness and that sound….that sound is addicting. Callaway Big Bertha wins for me this year.

I hit just about everything this year, nothing came close to the Bertha’s. I bought both and still cant decide between them.

Big Bertha followed by the Bio Cell for me.

It does what is advertised for its market. It increases speed.

I have to admit I’ve only hit a few of the 2014 Models, but the Callaway Big Bertha is number 1, it slightly edges out the Cobra Bio Cell for me based on performance specifically forgiveness.

(Bio Cell wins on looks though)