Earlier this year, THP had news that the Ben Hogan Golf Company was closing down and the internet immediately jumped on this story. Days following the report, the company shut down the website and closed the office doors, but a press release from the company appeared and the website was back up with a huge promotion slashing prices and offering major discounts on all accessories. Today we are set to bring you a new twist to this story. 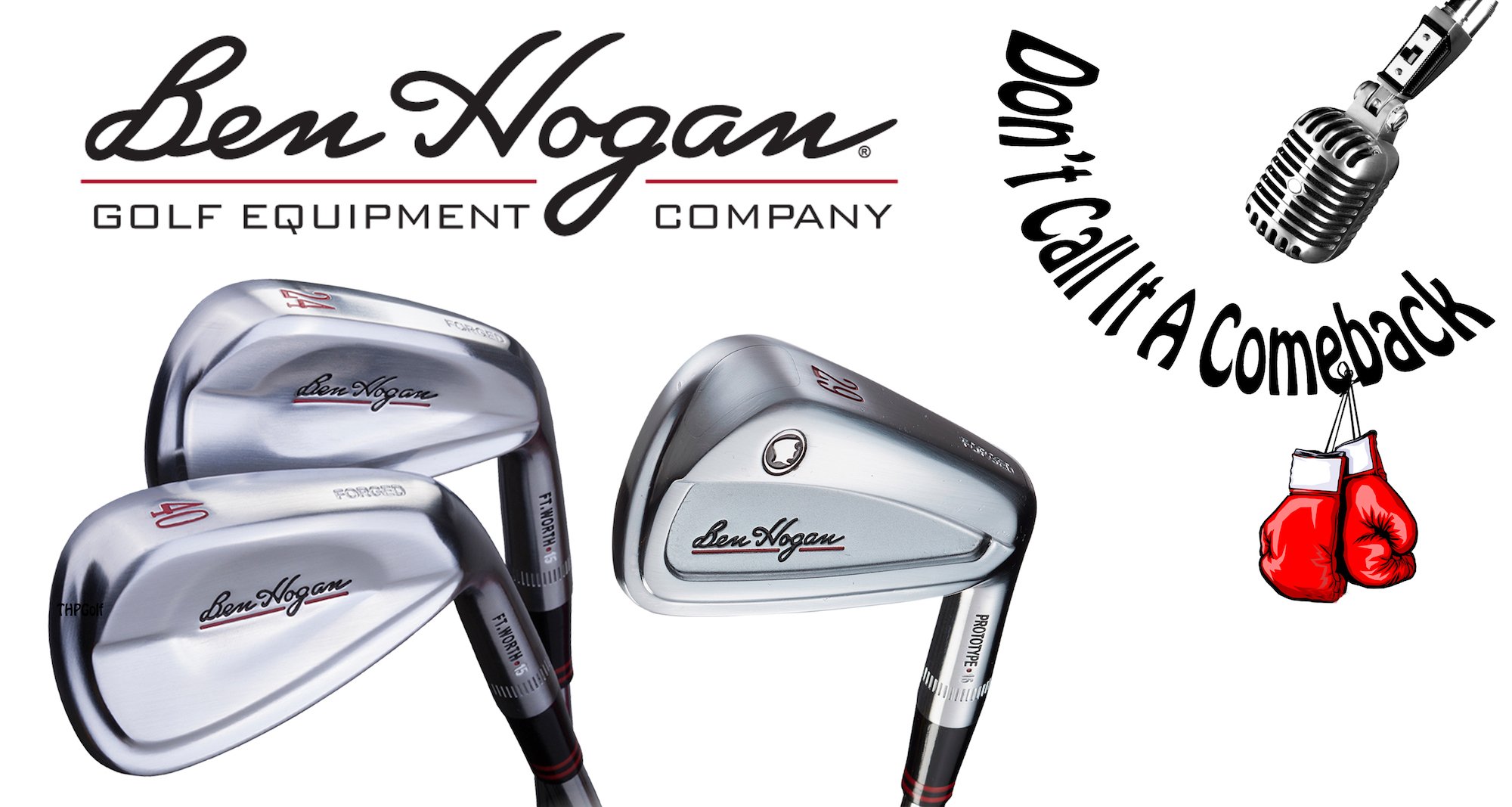 Shortly thereafter (late January of this year) the brand voluntarily filed Chapter 11 bankruptcy with the largest creditors being Perry Ellis (they own the Hogan name) and the landlord in Ft Worth owed around $350,000 combined. Scott White, president and CEO of Ben Hogan Golf, called this more of a pause than a closure, and in some ways that will be shown to be correct, depending on how you view bankruptcy.

Today we can report that the company will be reopening their doors, virtual doors that is, with more discount sales as they alter their strategy from premium club company hoping to move into green grass shops (club pro shops) around the country, to a virtual experience of savings. This year you will see much of the same from a club stand point, but the future will feature multiple new lines of irons as early as January 2018. The main message being that they will offer premium products without the price tag that matches, a message that has been successful with a few other companies, even if short term. The most recent on the club side, being the Hopkins Golf brand, but as of last year, they closed up shop.

Will Ben Hogan be able to bring a different final chapter to this tale? The difference between them and a number of others is all about the name of the brand. On one hand, the Ben Hogan name has history and heritage and still strikes the fancy of many a golfer that views the equipment as a premium product built for the best ball strikers in the world. On the other hand, the company does not own the name, so there is more that must be done to be successful, when the apparel division (PEI) has a deal in place with Walmart to sell the Ben Hogan apparel.

In the coming weeks, expect a new website launch along with the media running with the story and those on the email list, will most likely receive a message that they are coming back. What do you think? Can Ben Hogan coming back be successful in this altered model?