When it comes to putting, we are always looking for the next thing that can help us create more consistency and thusly sink more putts. For Breakthrough Golf Technology, their Stability shaft design is something they believe to be capable of accomplishing those things, and they haven’t stopped trying to improve what they are bringing to the table. Seeing as I was able to review their original Stability shaft, I was pleased to hear they were releasing a new “Tour Stability”, and that we would be reviewing it here on THP. 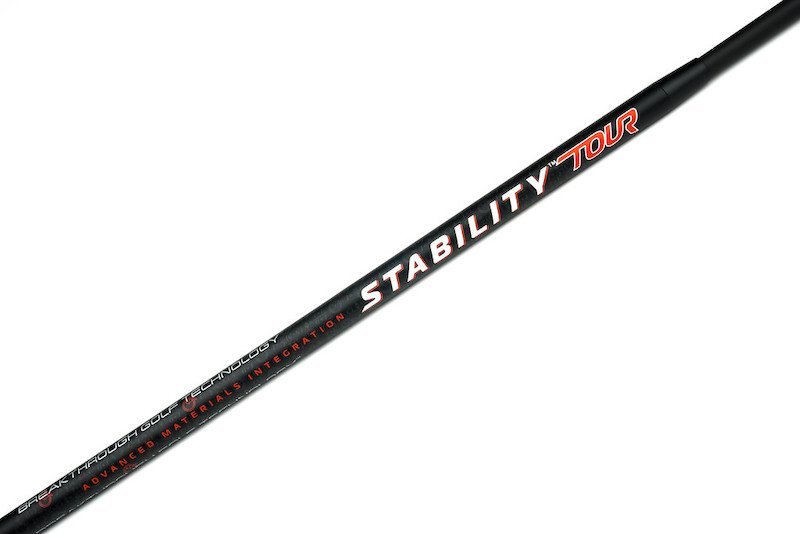 Breakthrough Golf Technology made the right decision to expand and evolve their Stability line with the “Tour Stability” version. A smaller overall look with an actual taper and entirely blacked out finish while maintaining the tenets of putting that the company believes in makes for a more enjoyable aesthetic, and that alone, in my opinion, should make the original version obsolete for most.

A Quick Refresher to BGT and Stability

As mentioned in the start of this article, I was fortunate enough to spend some time working with and reviewing the original Stability shaft from BGT (That review can be found here) and enjoyed the product so much I not only played it for an extended part of the year, but also purchased an additional one. Bottom line, if I’m going to put my own money behind a product, I believe in it, and that was the case with Stability no matter how hard it might be to put into words just what it is actually doing, but more on that later. For now, I think it’s worth revisiting what the intent of Breakthrough Golf Technology was when it came to creating and releasing Stability. 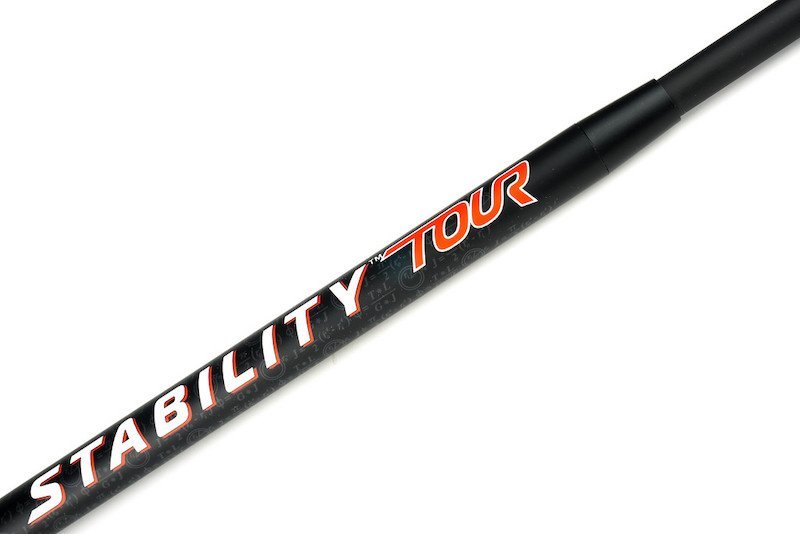 In the most straight forward description, putter head weights have gotten dramatically heavier over the years, but the stock putter shaft used by almost every putter maker on the planet hasn’t changed since its inception when the head weights were 25+ grams lighter. BGT believes that the heavier heads on the shaft designed with lighter ones in mind has increased the amount of vibration and oscillation through the putting stroke, meaning they believe its harder to square the putter face than it should be.

The solution? Keep the traditional weight while increasing the stiffness but not sacrificing the feel we are accustomed to. The only way they found to accomplish this was multiple materials. Graphite in the upper section with an aluminum insert to increase the “stability” but combined with an aluminum tip adapter that allows the use of any shaft bend profile in coordination with Stability. Something that to this day an entirely graphite putter shaft cannot do.

Some will inevitably ask that if BGT believed in their original, then why are we seeing a new “Tour Stability” version being released? Well, it won’t be the words they would ever use, but I will, golfers are picky and fickle individuals that are super resistant to too much change. Based on the feedback BGT received on Tour with the original Stability, it was too big and too different to look down at compared to the shafts they are used to using. This meant changes needed to happen. 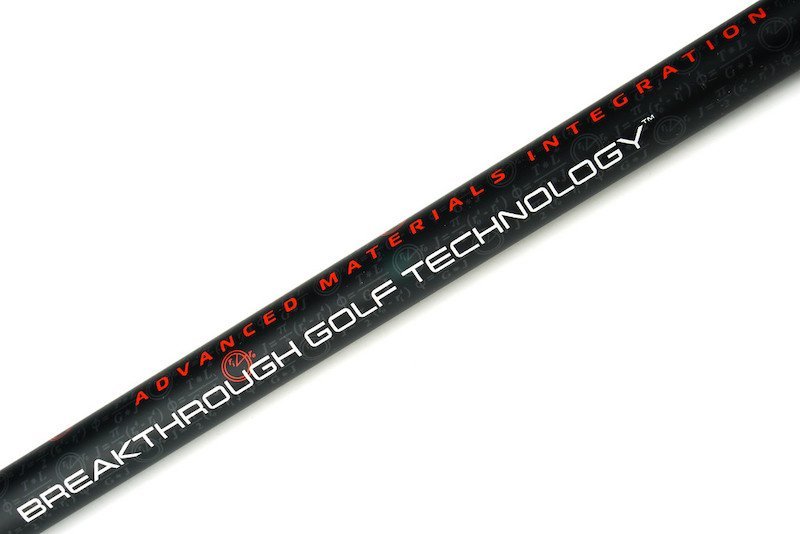 What changes? Well with the Tour Stability shaft there is actually a taper to the upper carbon fiber section, whereas the original had no taper. This meant that they lost the 22g aluminum insert that internally helped with that stability the name implies and instead opted for thicker carbon fiber to keep the stiffness up while not changing the overall weight profile. From there, the same aluminum tip adapter to be able to attach the tip section from any putter bend profile into the shaft was used, but this time it is blacked out to create a much sleeker look. Having both versions side by side allows me to tell you that they definitely hit their goal in creating a less cumbersome and overly different look. I think this will get much better feedback from them where looks and comfort go.

But Does it Work?

Oh yes, we have to address this, right? Does it work? Well, after a ton of putts with the Tour Stability my feelings on this are identical to what they were when I reviewed the original. The name is 100 percent accurate, there is a connectedness when using the Stability Tour that is spot on with its predecessor, throughout the stroke you have a sensation of knowing that there is just no undue flexion. Yes, I know, we are talking about the most compact “swing” in golf, but I intentionally installed a super hefty 373g SWAG putter on the end of this one to try an put the name to the test, and compared to the stock shaft that previously mentioned connectedness again came through.

Now, I don’t have a SAM lab or GCQuad putting app to integrate into this review so the only thing I can do in these types of reviews is use the putter shaft, a lot, and I definitely did. With copious putting time, gate drills, lag drills, and rounds I tried to give it the best workout I could. In the end, it may be more subjective than some are longing for, but I saw the stability BGT claims in a package that didn’t sacrifice or dampen the feel too much and looks way better than the original which I already thought was quite fun looking. Not to mention, I truly believe my proximity on misses was distinctly improved, particularly on lag putts, but again I acknowledge that is a pretty subjectively personal feedback. 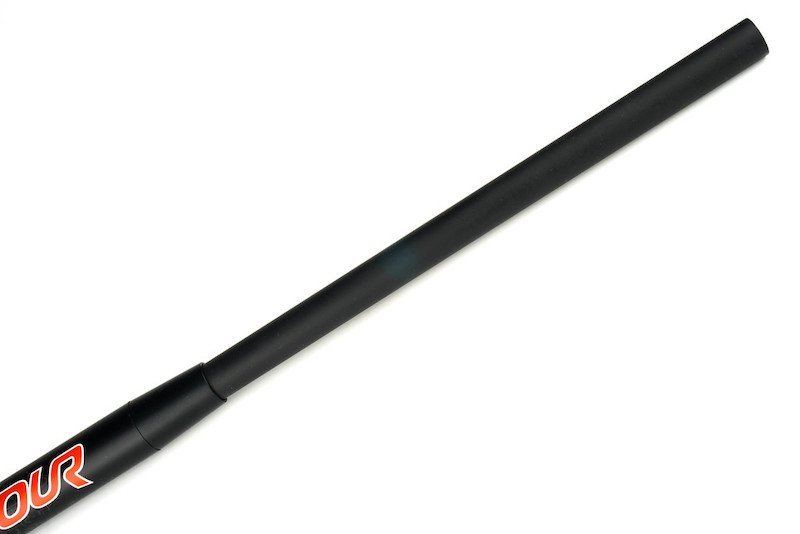 Is it going to be worth the now $249.99 price tag ($50.00 more than the OG version), that is a big and loaded question as value is on the individual. I do believe that higher end putter users are going to be able to swallow that cost more than most, regardless of the tech, it is a steep price and worth mentioning.

Speaking of the tech, I do also want to clear up one thing as it pertains to BGT’s Stability shafts. This is not the same tech as the Stroke Lab from Odyssey. The fact that they each looked similar and released around the same timeframes has inevitably linked the two together in the minds of golfers across the internet. The Stroke Lab is lighter than standard and repositions weight in the head and grip, the Stability shafts do not do that, the name of the game here is a traditional weight, with a much stiffer and more stable profile. Please keep that in mind.

2021 US Open Contest and Thread Sponsored by Callaway Golf