The return of Dan Murphy to lead Bridgestone Golf is potentially exciting, particularly for those of us who want to see the company return to its prior footing. The first roll out under the new regime is that of moving the JGR lineup under the “Tour B” moniker, despite being designed prior to these changes, it is perhaps the first chance to start the ball rolling, or more appropriately flying, in the right direction. Bridgestone Golf sent the entire Tour B JGR lineup in for THP to review, even before it was formally announced, a very cool experience for us reviewers.

I was able to get the new JGR Driver, Fairway, and Hybrid in for a closer look, this review is going to focus on the fairway and hybrid, of which the 3-Wood (15°) paired with the UST Mamiya Recoil 460 ES FWY and 22° hybrid with UST Mamiya Recoil 780ES hybrid shaft, both in F4 (stiff) flex. 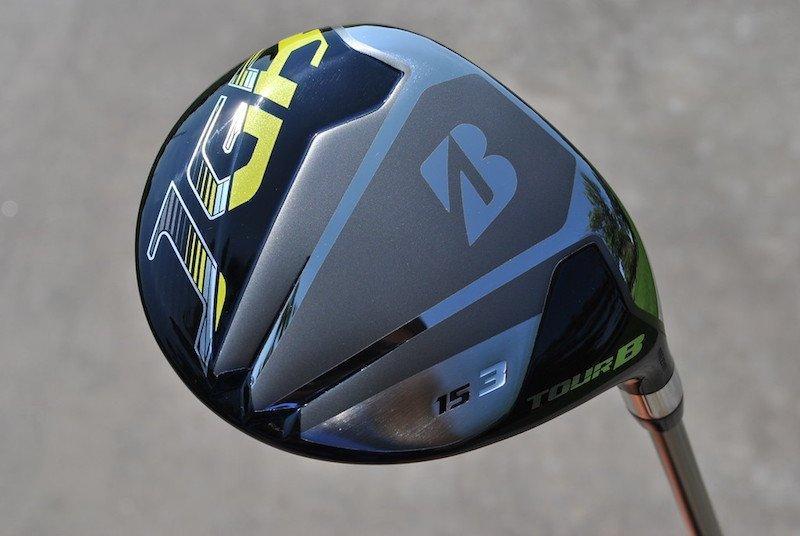 Those who have seen the original JGR release from Bridgestone will find the Tour B iteration very familiar at first glance. They feature the same deep metallic blue finish with yellow and white accents, but the in your face nature of the graphics feels toned down, and that is a good thing. The clubs both feature Bridgestone’s “Power Mill Face Design” which I personally think is cool looking enough that it makes you ok with them using a silver finish. Naturally the choice to go with a bright yellow grip sort of slaps you in the face, but everything else is well thought out. The “Boost Wave Crown” helps the crown graphics blend in, and the sole has been finished in a way that the fairway and hybrid both mimic the “Power Rib Sole” technology that the driver touts to tie the line together. 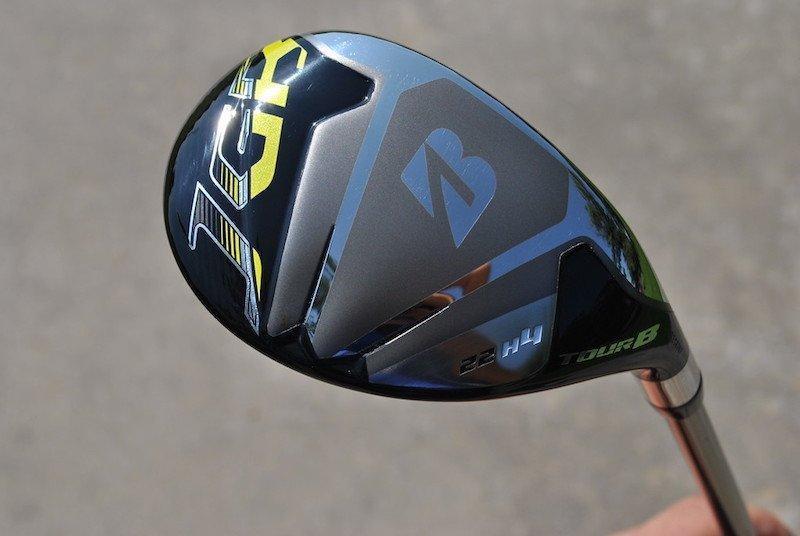 The 3-wood was a bit of a changeup in that it is obviously non-adjustable (which to me isn’t a big deal), but also that it is truly a shallow faced club. Because of the face depth, my assumption was it would be a gem off the deck, and by all intents and purposes it really allowed me to get the ball up quickly and with much less effort than the deeper faced fairways out there. But pleasantly, the shallowness did not deter it from being a lot of fun off the tee as well. In both areas the launch was ample, and the spin numbers were closer to the mid side, but for me as a lower launch player, that is a good thing, which means it could be for most amateurs out there as well. 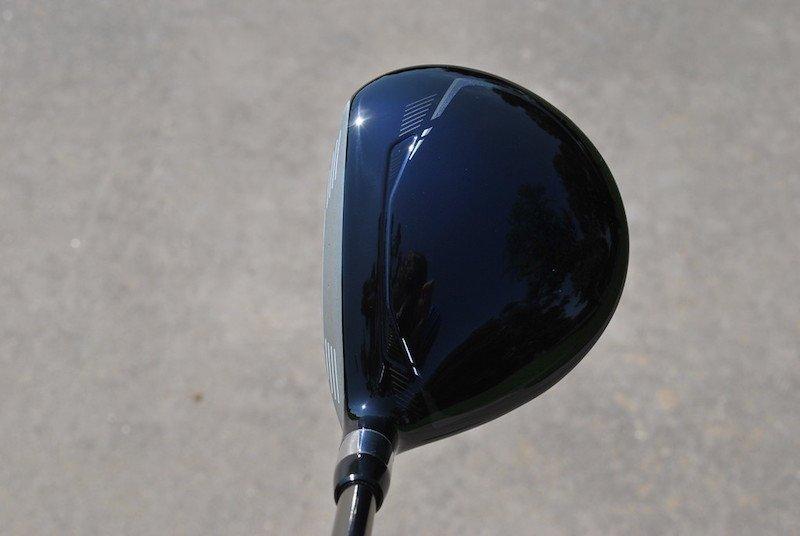 In the driver I have always seen tangible spin data due to the “Power Mill Face Design” going to work, but with the fairway’s smaller face I didn’t see the effect on performance as easily. That said, the club proved to be as forgiving as one would hope, it sounded metallic without being loud, and directionally favored the right to left ball flight for me both through internal design as well as a neutral to slightly closed face angle at address. The 3-Wood was a fun club, not a world changer, but a good option for those who need or demand launch above everything and I would imagine the 5-Wood would be as well.

The hybrid is available in 19°, 22°, and 25°, and I was quite pleased when I was informed I’d be getting the 22° in for this review as that is the loft I carry a hybrid in anyways, so there was some initial comfort as opposed to when the low loft options come in. I have always been a bit picky when it comes to hybrids, I am in the minority in that I prefer a non-squared off face and the JGR is just that. Additionally, the profile at address is nice and rounded and managed to not look too bulbous or awkward, though there is some slight offset which for some could be an issue. 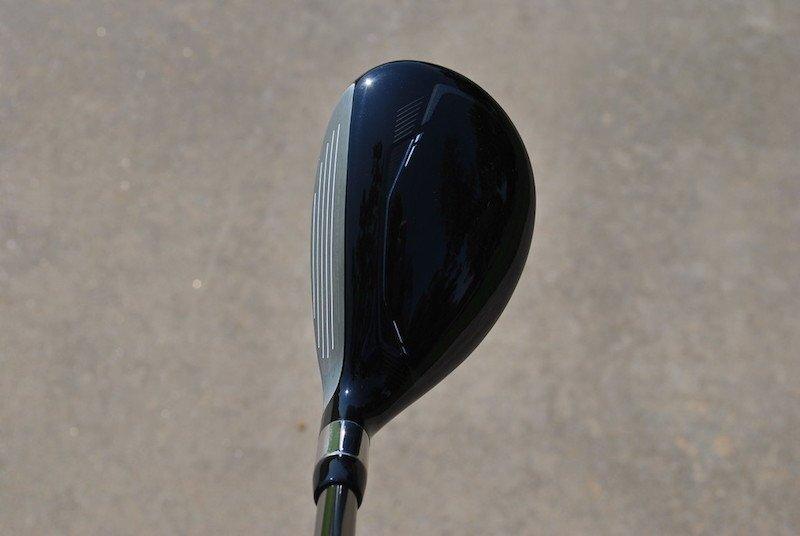 The hybrid was, for me, the Rockstar of the duo. Yes, there is some draw bias to it both visually and in flight, but it did not teeter into that “hooky” term that so many use to talk about hybrids. What it did do it elevate, and fast. I saw launch out of this 22° setup unlike I have seen out of many other hybrids, but the spin managed to stay in a realm that let me maximize distance. I think this is a case of the “Boost Wave Crown” and “Power Mill Face Design” going to work as it was consistent and admittedly for me unexpected to see the launch and not have the spin go through the roof as well. More than that, misses reacted like you would hope in a more game-improvement design like this. It proved to be extremely playable off the tee, the deck, and the footprint did its job in the rough as well.  A versatile experience I was not expecting.

Overall, the Tour B JGR fairways and hybrids are impressive in that though they may not blow your socks off in any one area, they do a lot of things quite well for the segment of golfers they should be aimed at. The only questions I have are regarding the clarity of including the JGR lineup under the Tour B umbrella. It is something I really hope to see the company come out to discuss and hammer home the traits of these clubs versus the rest of their Tour B lineup. That, to me, would be a huge first step on the road to gaining momentum again because performance has never been the issue with Bridgestone, but of late the message has been.

The Bridgestone Tour B JGR fairways are priced at $229.00 and the hybrids come in at the $219.00, a reasonable price range compared to a lot of options out there. More information on these clubs and the rest of the Tour B JGR line can be seen at www.bridgestonegolf.com.