With the successful design and implementation of the Gravity Core in the Big Bertha Alpha, and then refinement into the 815 Double Black Diamond, it left quite a lot of intrigue as to how Callaway could improve on an already effective design.  What has spawned into the Big Bertha Alpha 816 Double Black Diamond, other than an impressively large name, is a clear indication of just how much the golf club industry can do to customize for the individual.  This club is not about the average hacker, it is about improved performance at a finite level for skilled golfers seeking a club that will fit like a glove into their bag. 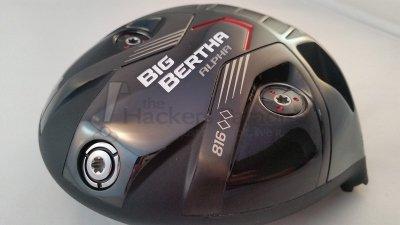 The new Big Bertha Alpha 816 Double Black Diamond Driver is built for the best players. They’re already long, and they’ll get even longer with the new Dual Distance Chambers that give them exactly what they need to get every last yard out of their drives.

Throw in a faster, deeper face and our OptiFit adjustability and you can see why this club deserves to carry the Alpha name. It’s the ultimate combination of distance and shot-shaping control for the highest caliber players.

It cannot be an easy decision to step away from the glossy black finish that the traditionalists thrive on, and with that in mind, the very first design element of the Big Bertha Alpha 816 DBD (from here on known as the 816 DBD) is the matte finish of the crown.  For the unbiased eye, it provides an excellent look at address without any sort of reflection or shimmer to be concerned with. 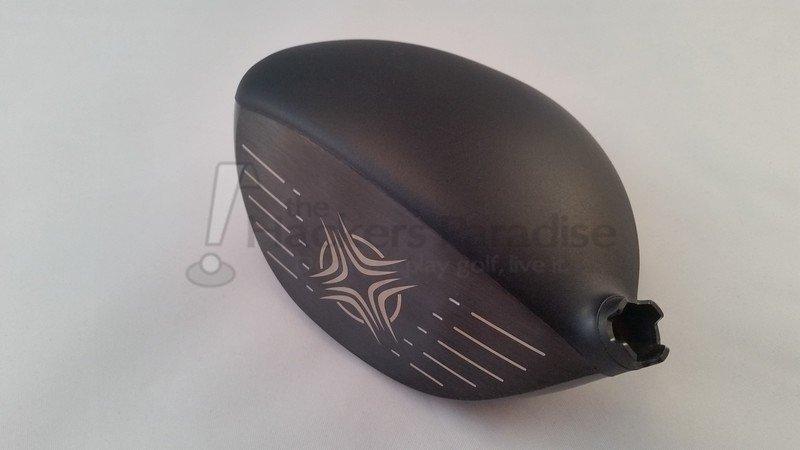 Moving from the crown to the sole, noticeable changes in weight location, the addition of a second gravity core slot, and a weight centralized in the back of the head are all intriguing updates from the 815 DBD.  The familiar R-MOTO technology remains, as well as an overall headshape appearance of being flatter in both the crown arc as well as the sole of the club.  Callaway had noted the 816 DBD as being deeper and from looks alone, they seem to have accomplished that.

Two Gravity Core Chambers – Arguably the most intriguing update in the 816 DBD is the decision to incorporate a second chamber for the gravity core to rest in.  Graphics on the head suggest that the slot nearest the heel will introduce a draw bias to the head, while expecting more of a neutral bias from the core closest to the toe.  Testing of this feature ran absolutely true, with almost every ball struck with the core in the heel drawing more aggressively than the toe slot. 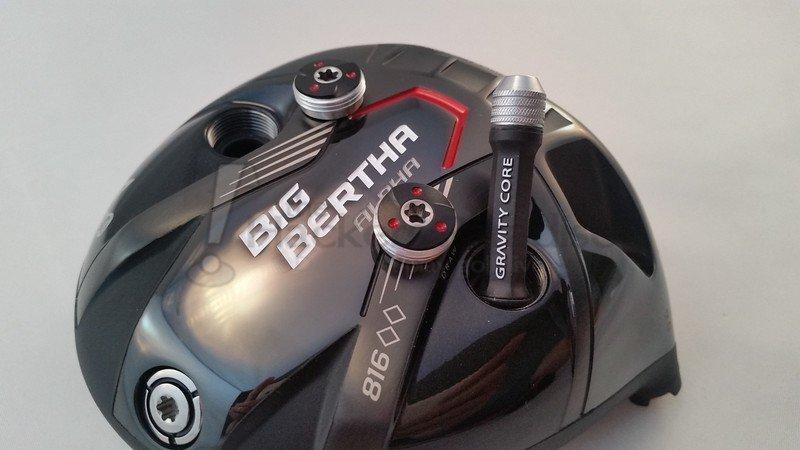 What seemed remarkable about the heel vs toe slot selection, was the quality feedback provided by the head.  In the instance of this reviewer, who strikes the ball consistently on the toe side of center, balls struck with the core in the toe slot produced feedback suggesting solid contact in every facet.  When rotating the gravity core into the heel slot, the balls felt as though they were being missed by the driver head, especially those which moved in fractions towards the toe section of the face.  This was a truly impressive display of the different feedback provided to the golfer and their tendencies, beyond simply accommodating a draw or neutral bias.  Changing an element of the club and placing the exact same swing, including contact location on the ball, yet receiving two unique responses from the head itself.  It is about as palpable as it gets when discussing whether technology is relevant.

Not unlike the selection of which slot, there was a definitive improvement when the core was moved ‘up’ rather than down to accommodate ball contact slightly above center (and still towards the toe – keep in mind this is not to say the toe itself, simply away from the center contact point by a quarter of a ball length or so).  This was deemed the ideal position despite a slight increase in spin (around 100-200 RPMs) with the core in the up position, and produced ball speed improvements of 2-4mph overall.

R-MOTO Technology – Back in the 816 DBD driver is R-MOTO technology.  For those unfamiliar, it is a design element that uses ribs between the face/sole and face/crown which creates a lighter area than a traditional head design.  This is suggested to improve ball speed further away from the center of the face, closer to the outer limits of the driver head. 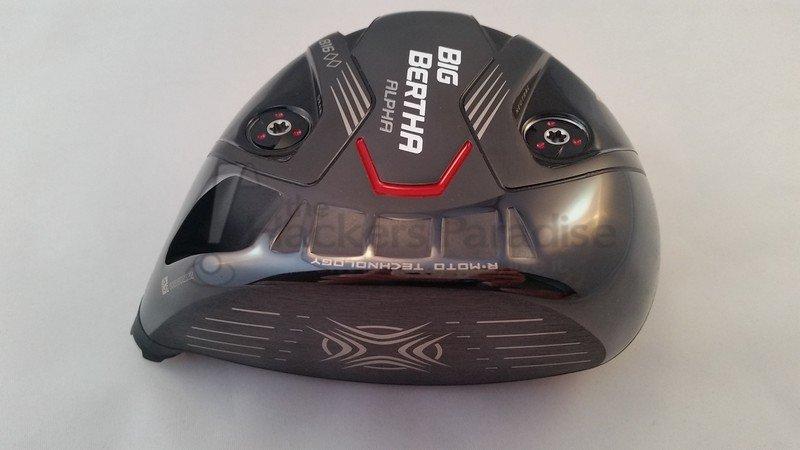 Despite much of this design element of the 816 DBD being internal to the head, there is a definitively strong inclination for the ball to jump off the face like many of the higher end drivers on today’s market.  What was interesting throughout testing was the consistency of ball speed across the face (within reason).  Extreme departures from the center dropped the ball speed by up to 5-6 points, but for the most part, through a large sample size worth of strikes the ball speed stayed within a few points.

One of the most noticeable differences between the 816 DBD vs the 815 DBD is the depth of the face and shaping of the driver head when looking head on.  The arc on the crown seems less notable as well as the sole of the club seemingly flatter across the area where potential ground contact can be made.  Shown below is the 816 DBD first, followed by the 815 DBD face profile 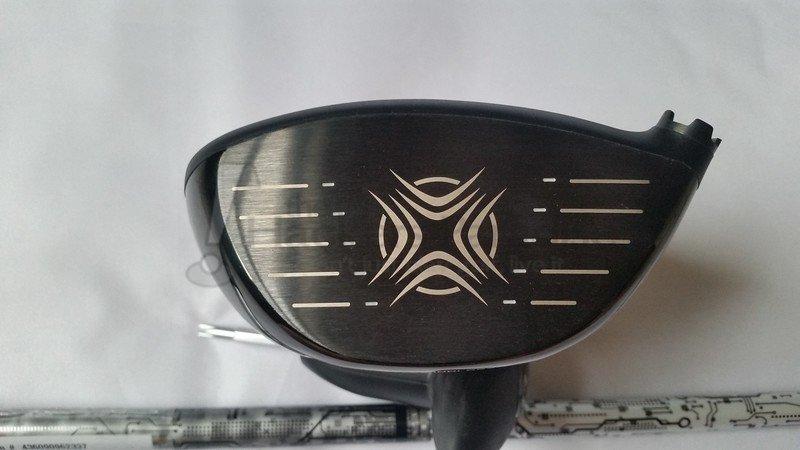 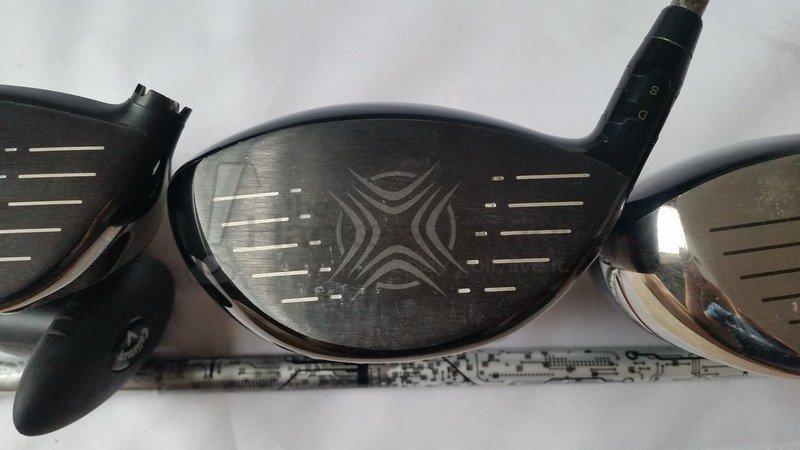 In testing, early strikes were fairly consistent above the center equator of the face, leaving reason to actually lower the tee for perfect contact.  This could be seen as a major benefit for those who like to utilize more of the face, or dictate ball flight using tee height.  In terms of visual differences with the flatter crown, it really did not present itself as being overly noticeable when switching back and forth between the 815, as the more notable change was gloss to matte.

To the center of gravity, there was a definite drop in spin when moving into the 816 DBD.  This driver has a genuine focus on low spin workability and flexibility for golfers who can put a solid move on a golf ball.  This spin rate accommodation in pairing with the Rogue RIP I/O shaft allowed the tester to accept a 150-200 RPM increase in spin necessary to utilize the better customization of ‘core up’ rather than focusing on every low spin element possible.

The only place that seemed to genuinely suffer by low spin head profile is quite high on the face, closing in on the toe.  Shots into that region (not on the crown but near it) were showing lower spin rates than what is ideal during testing, however the ‘misses’ from these locations were hardly punishing.  Again, it seems as though this profile accommodates marginal misses, but based on the current design profile, punishes when a golfer applies a poor swing to the 816 DBD driver.

OptiFit Adapter – Returning for the 816 DBD is the OptiFit adapter, which allows golfers to make up to eight changes to the loft and face direction of the driver head.  While this is far superior to their previous adapter, there does seem to be a surprising lack of ‘fade’ bias in the OptiFit.

The Aldila Rogue RIP I/O 60 and Mitsubishi Diamana D+ 70 appear to be the primary shaft options for the 816 DBD driver, however there are 15+ custom shaft offerings at no additional upcharge, including companies like Aldila, Fujikura, Matrix, Mitsubishi, and True Temper.  For the purpose of this testing, the Aldila Rogue RIP I/O 60 in stiff was provided, and performed admirably.  Aldila took the popular Rogue shaft and incorporated the RIP technology in the tip section to create an impressively smooth transition to accommodate a strong tip section for spin limitations. 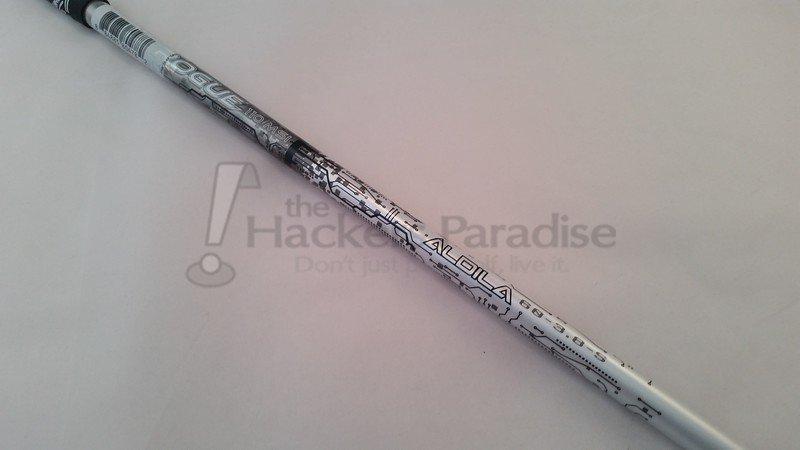 There is a marginal change in the headcover for the 816 DBD, including angled lines and bold silver lettering which looks quite good in the bag.  In addition, Callaway continues a trend of quality by incorporating a Callaway branded New Decade Multi-Compound grip that suits the aesthetics of the driver. 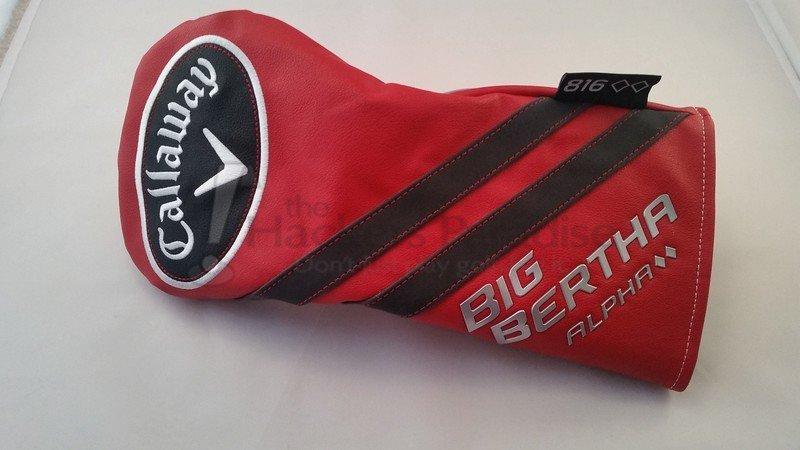 Who the DBD is Designed For

The marketing seems quite obvious at this point.  Callaway has introduced “Double Black Diamond” creating the mindset that it requires an ‘expert’ per se to enjoy the profile.  As the Callaway driver stable continues to accommodate golfers of all skill levels, it seems they have done a tremendous job in accommodating the consistent golfer who seeks lower spin and workability with the 816 DBD.  It is by no means a driver that does not react to mediocre strikes, however it performs in an exceptional capacity when struck on the appropriate face location.

During testing, there were multiple instances where risk reward came into play, and as the review period continued, more and more confidence about forced carries allowed for aggressive lines, big rewards, and high end returns on taking chances with the 816 DBD.  While there are no direct comparisons that can be made, it seemed consistent to be further than expected on quality strikes.

What is most impressive, is how accommodating the stock setup is to the skilled player with higher spin.  Rather than track down preferred shafts or setups, stock pairing with the Aldila Rogue RIP I/0 60 produced an ideal drop in spin and lower ball flight.  In short, it destroyed expectations.

For golfers who have quality driver swings, yet are plagued with high spin, the Callaway Big Bertha Alpha 816 Double Black Diamond will be an excellent stepping stone into reasonable spin, deep face, and workability.  Not only can golfers accommodate for their spin, but also where they consistently hit the face of the club with the dual chamber and gravity core.  Despite the overall profile, this may be the most remarkable aspect of the 816 DBD and will undoubtedly surprise anyone attempting to get fit with this head.  For more information on the Callaway Big Bertha Alpha 816 Double Black Diamond, visit www.Callaway.com.