Few companies have been as pro-active as Callaway when it comes to not only pushing the boundaries of technology, but also ensuring that they have products that cover the gamut of user needs in terms of launch, spin, and forgiveness. With the continued evolution of the Big Bertha lineup, Callaway is adding into the mix its Fusion driver, which may arguably be its most technologically innovative and unique driver release to date. 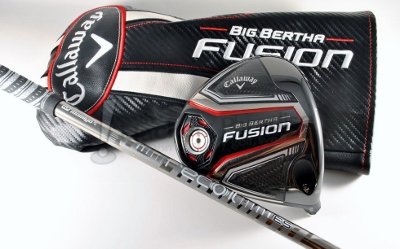 The Big Bertha Fusion Driver is a material change in forgiveness and distance, led by our revolutionary titanium Exo-Cage and ultralight triaxial carbon crown, with a new and innovative shape, and industry-leading aerodynamics.

The Big Bertha Fusion has a LOT going on from a design standpoint. Heavy emphasis has been placed on utilization of new materials, applications, and design traits. Because there is so much going on technologically, it bears taking a closer look at some of the key aspects in terms of what they are designed to accomplish and what was seen during testing.Technology Rundown:

Callaway’s “Exo-Cage” is the culmination of using a new carbon application called “triaxial carbon” which utilizes a braiding technique as opposed to the traditional weave method. This development has allowed for the carbon fiber to be lighter than ever while still maintaining its strength, in fact Callaway touts it as being 35% lighter than the composite previously used in their metalwoods. This has allowed for a literal “cage” to be developed to maintain durability through repeated impacts while letting 35 grams be shifted to different places in the head so that the CG and MOI could be altered. 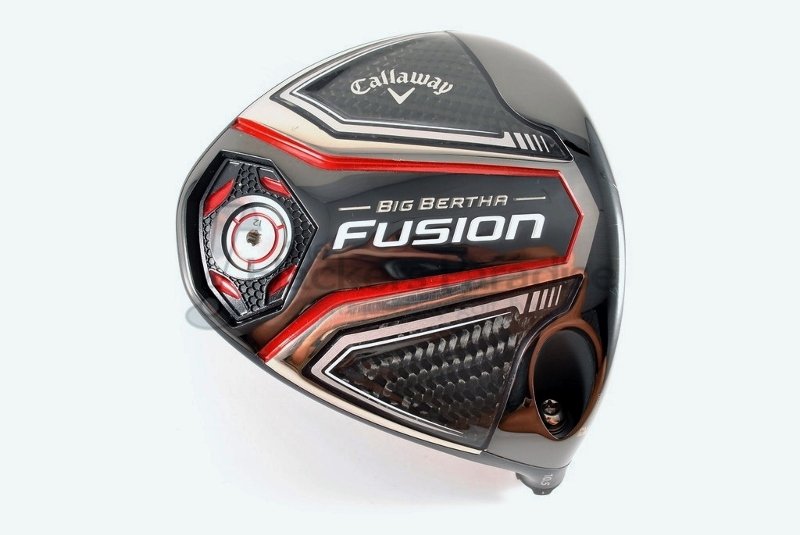 During review the MOI effects of the Exo-Cage were put through its paces on both lateral and vertical misses. The most revelatory aspect of this was that when compared head to head with the XR16 as well as the Great Big Bertha (all 10.5 and same shaft) the ball speeds away from center were on average 2.8 MPH higher on the Fusion. While not necessarily a huge number to look at initially, when applied to retention on misses, meant a pretty significant distance jump comparatively. With the movement of so much weight thanks to the design, the resistance to gear effect on those misses was also much decreased, particularly heel and toe side. What was seen repeatedly is a design that wants to keep the ball in play more consistently for those of us who do not find the center of the club face as much as we would like. Is it a fix all? Of course not, but there is a lot to be liked from this design and it is hopefully something we see evolved even more down the road from Callaway.

First utilized on the XR16 driver, Callaway has also brought the Speed-Step design feature they developed in conjunction with Boeing to the Big Bertha Fusion driver. For those unaware, the Speed-Step is more than just an aesthetic alignment feature as it also aids how the club reacts to wind and the effects of drag throughout the swing. The ridges and their shape aim to help the club move faster through the air. In terms of testing, this was a hard one to really delve into for this review, but, when compared to the Great Big Bertha, the Fusion and the XR16 (which also uses the Speed-Step) did yield higher clubhead speeds when utilizing the same shaft setup at the same swing-weight. Clearly, there is more than just one thing that plays into clubhead speed, but the Speed-Step definitely is not going to hurt. 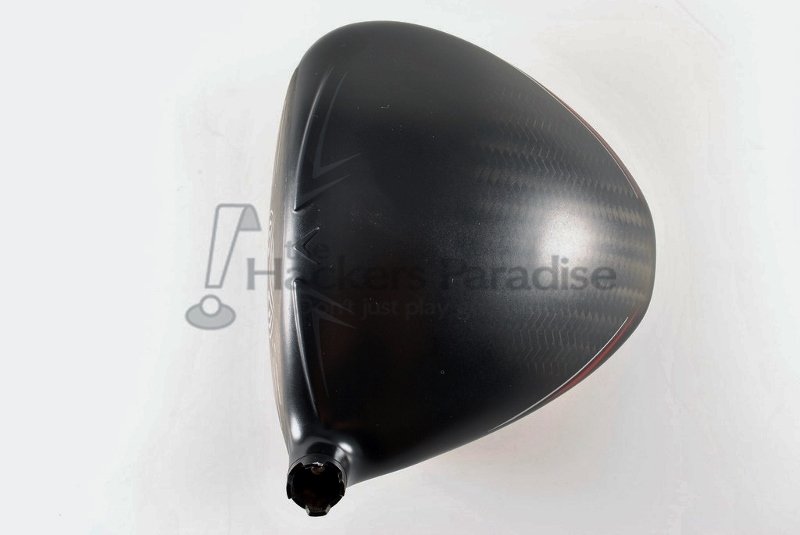 Since the Exo-Cage allowed for so much weight to be repositioned in the design without sacrificing strength, Callaway was able to go outside of the box in terms of shape which sought to increase the aerodynamics of the design through a much more triangular look. It should be noted that the shape is not just for aerodynamics, but it allowed for fine-tuning of the sound as well, and because of that the head maintains a very solid and explosive sound/feel that would undoubtedly be much different had the shape been created via traditional materials and methods. During the review this was the single most talked about aspect by everyone who picked up the club, and with that some were simply not able to get over it, though most did, and that is the nature of personal preference. It will be discussed in more detail to follow, but the different aesthetic and finish tricks Callaway used really makes the shape a much more palatable look for most. 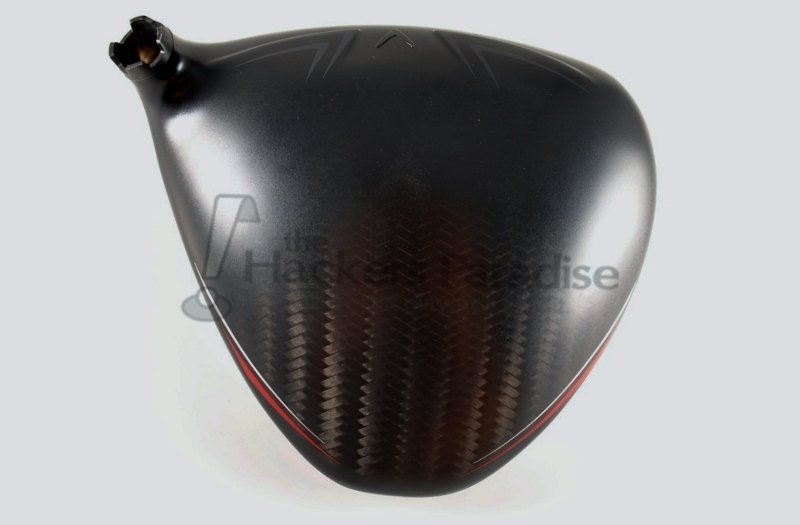 While it is not necessarily a huge “technology” aspect to the Fusion design, Callaway’s decision to offer two standard length options is worth discussing. The driver is offered in 45.5” and 44.5” and the head weight is adjusted via the rear tuning port (5g for 45.5” and 12g for 44.5”) to ensure that the swing-weight is kept in-tact. While any club from any company can be ordered to a preferred length, putting two different options on the shelves is another savvy decision by Callaway to offer a “distance” setup and a “control” setup if you will. For the review, time was spent with the 44.5″ version of the Fusion and for this reviewer there was much more comfort found mentally in the shorter length. On the performance aspect, very little distance was sacrificed by those who hit the setup, but the shorter length combined with the increased MOI of the design really left users feeling more in control. The nice thing here is that though it is not a revolutionary concept, it is giving the people more options, and options are great in today’s market.

For review, THP spent time with the 44.5” version of the Big Bertha Fusion driver, paired with the new UST Mamiya Recoil ES driver shaft. Although performance was talked about previously in regards to the specific technology utilized in the Fusion design it is also worth covering some of the broader aspects here as well.

Visually speaking, the Fusion is unique. The shape itself is what hits the sense first, but upon closer inspection the finishing touches on the rest of the head it less jarring. The major factor in this is the finish on the crown, which is matte black from the topline, but then fades toward the rear allowing the new carbon fiber braiding to be seen. The remainder of the head is a combination of polished and matte with red and white accents that fits right in with the last several driver releases from Callaway and gives a bit of continuity to an extremely broad lineup. 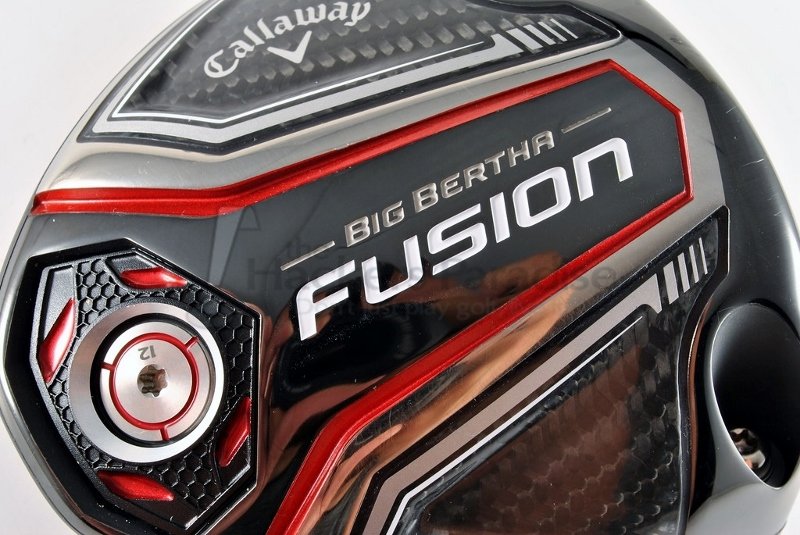 During testing the Fusion surprised this reviewer where launch was concerned. Entering this review, the anticipation was that this would rival or surpass the XR16 in that regard but time on course and launch monitor showed it to be in-between the GBB and the XR16 for launch when paired with the same shaft and loft setup. For this reviewer, the numbers worked out to be 2.5° higher than the GBB and 0.6° lower than the XR16, but clearly this can vary based on the user. The other preconception by most when the Fusion was announced is that it would be a high spin setup, testing here showed that to be incorrect. When put in use by a variety of different swing types the spin numbers ranged from 2230 at its lowest to 3100 at its highest proving the head has the ability to fit for a large range of golfer types and needs. 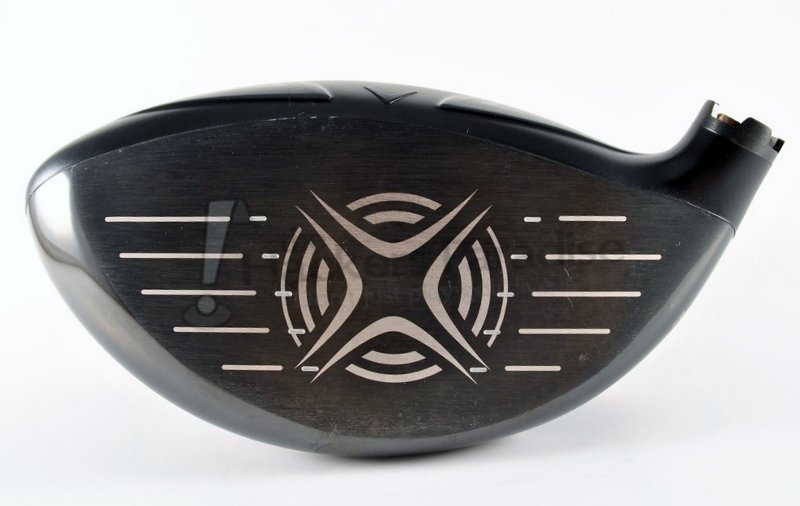 Callaway in recent years has been on the cutting edge of face technology and mass manipulation to increase the playability for golfers of all types and not just those who live in the center of the face. The Fusion might be the furthest that they have ever pushed that performance aspect as while shots hit on center mass show very similar numbers as those on other heads, the “misses” where most mortal golfers live on the face surprised. Ball speeds on both lateral and vertical misses with the Fusion were higher than the XR16 and the GBB. This lead to increased overall distance on misses comparatively, but thanks to the higher MOI of the design, directional forgiveness was not sacrificed to gain ball speed. Now, a big miss will still be met with a less than desirable final result, but the spread has seemingly been tightened down here to help keep the ball in play more. 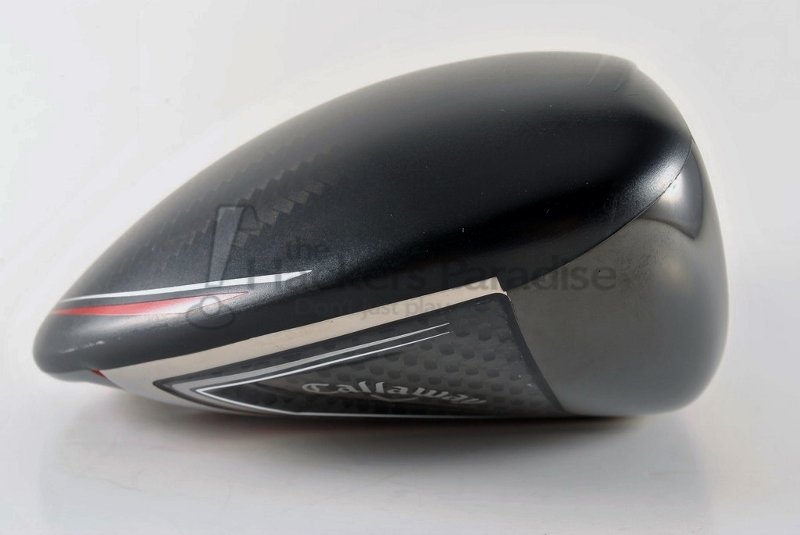 One last aspect worth mentioning is the UST Mamiya Recoil driver shaft that is one of the two stock options for the Fusion. UST’s recoil tech has arguably helped place them atop the graphite iron shaft department and brought recognition that graphite doesn’t just mean higher and spinnier. By taking the recoil technology (which focuses on more efficient energy transfer through the swing for increased velocity capabilities) at a lighter weight UST is showing that lighter does not mean a sacrifice has to take place. While the Recoil driver shaft will not fit everyone, and a full fitting is always the best way to find what works for the individual, time spent with the shaft during this review revealed it to hold up to a variety of different swings and attack angles. Even at a light weight, dispersion never felt like a shaft issue regardless of the tempo or transition. Callaway is always on the ball when it comes to pairing their designs with shafts that will fit the largest margin of golfers, and there was no evidence during this review to think otherwise with this pairing. It will be interesting to see where the Recoil driver shaft design goes from here. 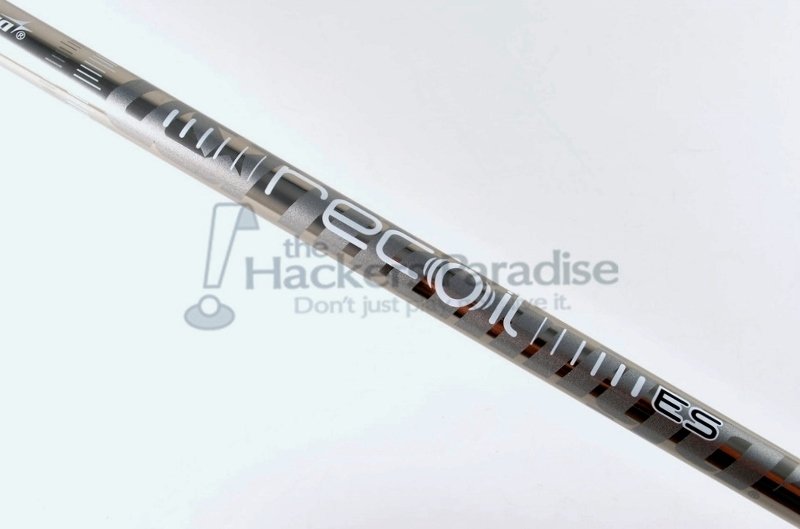 Some companies are more outwardly willing to take risks and push the boundaries than others, and right now Callaway has to be placed among the leaders in that regard. With the Big Berth Fusion driver, golfers are being presented with another option that helps fill out the Callaway lineup by using non-traditional design principles and techniques to create an outside the box design focused on forgiveness without sacrificing distance. Clearly, its looks will not be for everyone, but with the other drivers under the Big Bertha name there is something that should be able to blend comfort and performance for others.

The Big Bertha Fusion driver has a price point of $399.99 and more information on it and other offerings can be found at www.CallawayGolf.com. 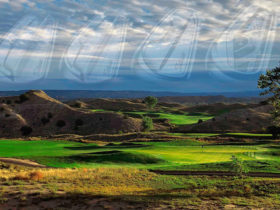