No matter what you think of Callaway Golf, there is zero denying that they are letting their crew of engineers and designers loose to push the cutting edge of materials and club creation. We have consistently seen revolution after revolution in design thought come from them, and with the Flash Hybrid finally joining the rest of the lineup, it looks like they may have done it again.

The Epic Flash hybrid is a whole lot of modern, mixed with a little retro. Insane mass movement and savings, MIM’ed tungsten, Jailbreak, as well as a face and overall shape that are reminiscent of the old “Rescue” days more than the modern shaping. Bottom line, it is a rocket launcher built for speed and elevation, and it does it better than maybe any other hybrid on the market.

The Epic Flash is a departure for Callaway in the hybrid department. Size wise, it slots in-between the Big Bertha and Apex 2019 hybrids, but the shape is different than both of those to the discerning eye. For me, the Flash has a little “pear shape” to its overall look at address, and I think it works. Definitely not going to be confused for being slim and svelte, it has some junk in the trunk but given where Callaway is trying to slot it, it makes sense. 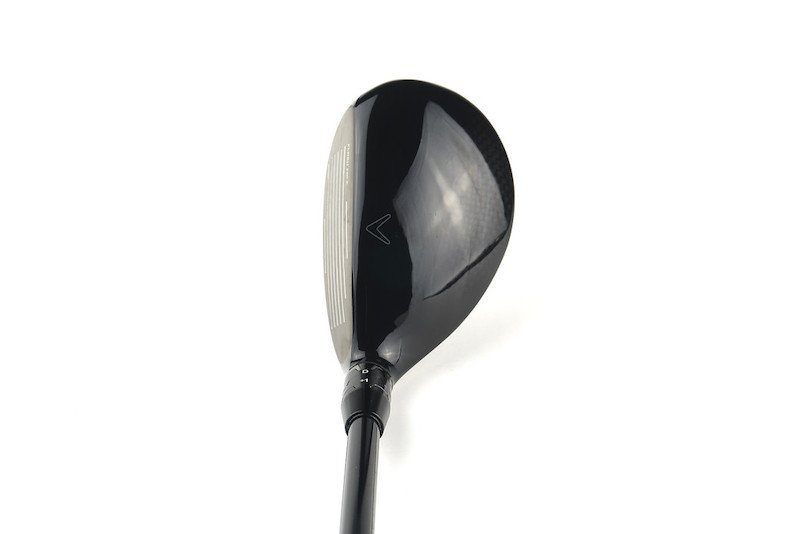 As usual, the company does a great job showcasing their Triaxial Carbon crown (its newest iteration is called T2C) as it blends into the gloss black, and the simple Chevron alignment aid is classic. On the bottom, you get to more of the visible tech with Jailbreak present as well as the sole weight used for fitting tuning. Also, the green accent color of the Flash line that has drawn so much feedback on the drivers and fairways is present here as well, but thanks to the smaller head of a hybrid, it is kept nicely subtle. 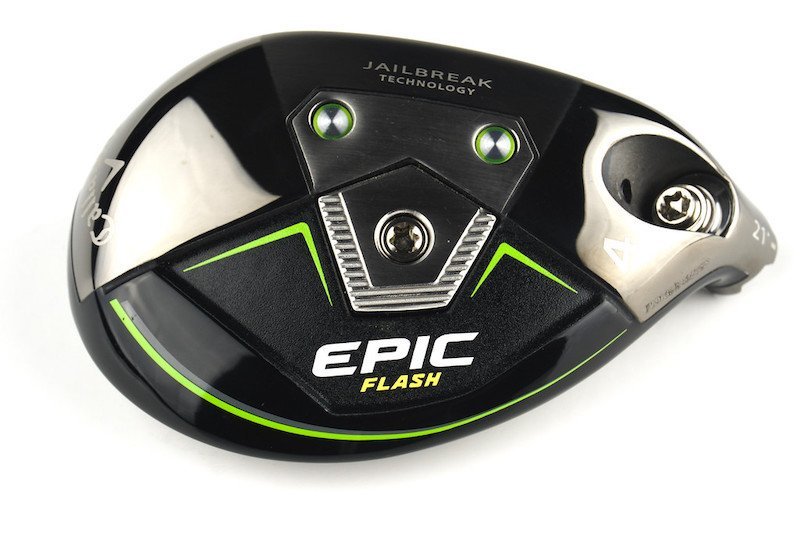 To me though, the biggest visual story is the face. With the Flash it is more curved overall and absent the hard square-toe look we have become accustomed to in almost every hybrid on the market. This was done because Callaway believes it increases the versatility but, in my opinion and experience with the club, that translates to the fact that so manystruggle with hitting hybrids like irons, so this face shape combined with the overall club profile shines in the hands of a more sweeping swing.  More on that later.

Let’s get the two staples of tech design for Callaway out of the way, shall we? Jailbreak and Face Cup are present, accounted for, and as effective as ever. Based on my time with the Flash, and it being the first Callaway hybrid with Jailbreak I have hit, it is borderline cheating when it comes to forgiveness and how much speed is kept on shots away from center. Plus, I do think it might be the lynchpin with this design and keeping stability/durability with the new T2C crown we will discuss momentarily. Add in the Face Cup to this particular face shape/design with the Jailbreak and you have a symbiotic relationship that makes this one of the most forgiving hybrids I have hit, and easily the hottest.

The rock stars of the design though? T2C triaxial carbon and an insanely massive internal MIM’ed tungsten weight. Callaway has been at the forefront of the composite crown movement for some time now, and the Triaxial Carbon design has let them do a lot of very cool things in their designs with the weight saved, well, the T2C version being used here is single layered and makes the crown of the hybrid weigh less than 5 grams, but without sacrificing strength. That combined with the short-hosel adapter design allowed a LOT of weight to be moved and an 80-90 gram internal MIM’ed tungsten weight to be applied. 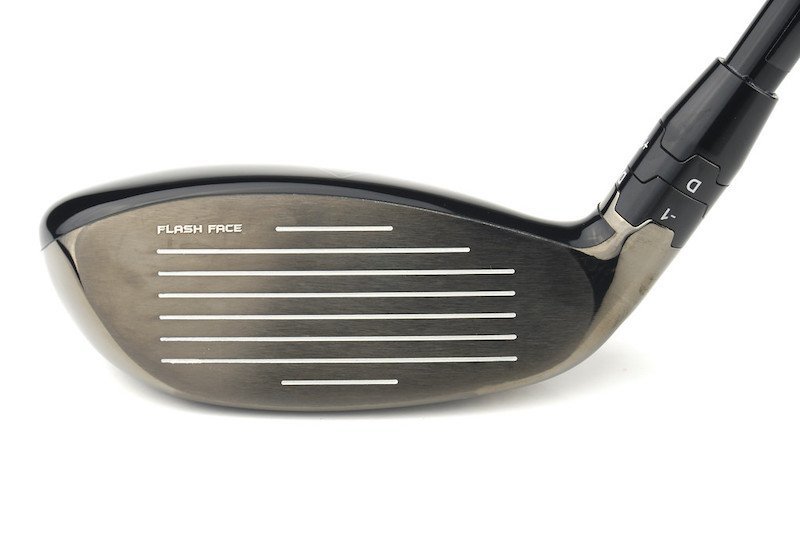 That 80-90g? Practically equal to the weight of the rest of the head which means they were able to optimize the flight of the club. This is something I very much vouch for in the design after working with it. With that much weight being placed in the head, the fear either goes it would be too far back and lead to some launch/spin issues potentially, or too far forward and you get nothing but low spin bullets. Based on my time, the flight is as balanced as I have seen in a hybrid, easy to launch but right in the “middle realm” of spin which will make the club more playable than some will expect.

I worked with the 21° 4-Hybrid for this review and spent time with two different shaft setups both on the course as well as the Foresight GC2 launch monitor. The club I received came stock with the 60g Mitsubishi Tensei Silver hybrid shaft (also comes in 65g and 70g) and though that was not a great fit for my swing, I put it through its paces anyway before changing it out. 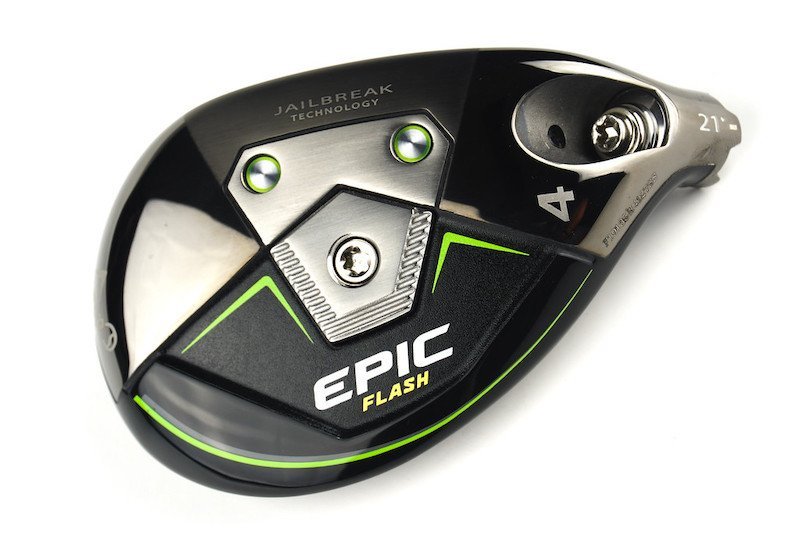 In the stock setup, the Flash 21° had a nice feel to it in the swing with a good weight overall and feeling the head throughout wasn’t an issue which is always nice when hitting a hybrid. The biggest thing I took from the Flash hybrid with the Tensei Silver was speed and distance. At one point on the GC2 I was hitting 149+ MPH of ball speed, consistently, which is borderline absurd given my gamer 4H comes in at the 138 range. With that speed obviously came great distance, scary distance honestly. More than that though it was hard to gauge what was the forgiveness and launch characteristics of the head versus the fit of the shaft situation.

Eventually I did swap out the shaft to a heavier class hybrid shaft of a stronger flex that I typically play and there were some changes. You will see in the data below that the average ball speed came in at 142.3, which is less than in the stock setup on average, but still over 4 MPH more than the hybrid I currently game in the 4H spot, that is a lot of distance in total. Also, the dispersion really came together with the change, and the Jailbreak/Face-Cup combo got to flex their muscles so to speak. The Flash was easy for me to draw as opposed to fade, but nothing I’d call “hooky”. Additionally, it got to where it felt like if contact was even decently made on the face, the results would be quite impressive. 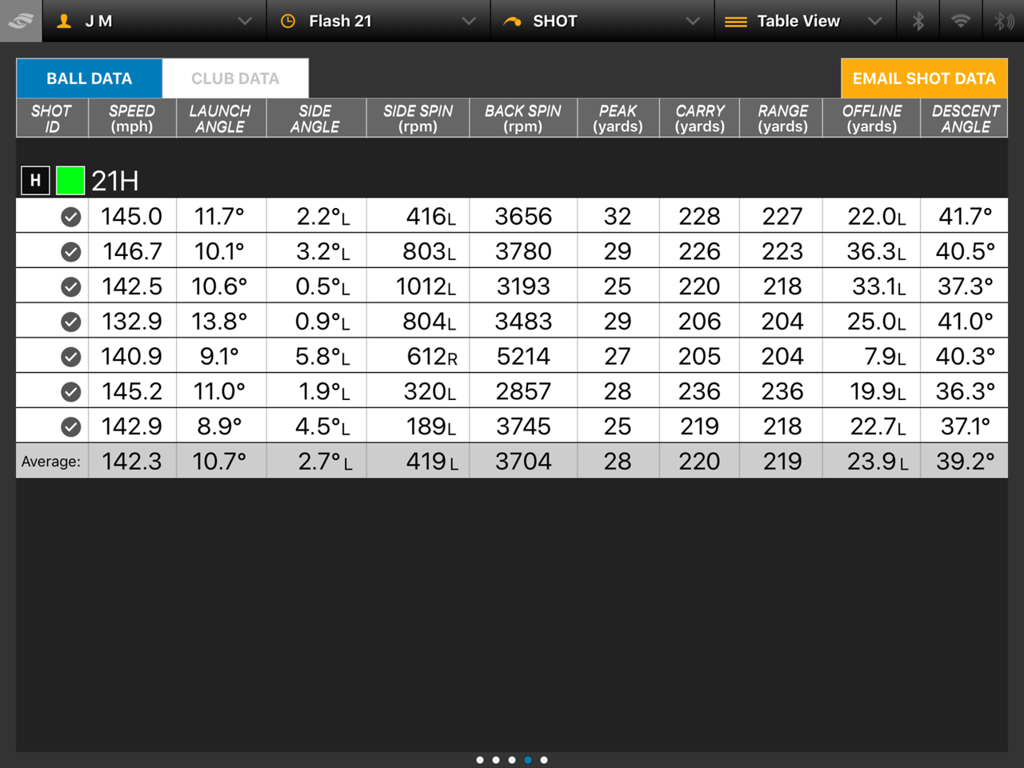 In all, the Flash 21° 4-hybrid left me with a very favorable opinion. Speed for days and one of the most forgiving hybrids I have tested. Hugely beneficial to those who like to play their hybrids more like a fairway wood. Spin that stayed much more playable into greens than I anticipated. Consistent launch and peak heights. Essentially all the things one could want out of a missile launcher disguised as a hybrid. All of this though does bring in one important question about the club(s) though…

Where Does it Fit?

Well, for someone like me who wants their hybrids to gap and play similarly with their irons and isn’t looking for a distance hound in that spot…I think the 21° hybridfits where a 5-wood would, which is a lot to take in. However, for the majority of golfers out there who want launch and maximum distance, I’m not sure there is anything out there as capable of that as these hybrids, even within Callaway’s own lineup maybe. No matter what, the Flash Hybrids should be on the short list of “must-hits”, even at that somewhat daunting $299.99 price point.