After an outstanding performance by the XR Pro irons in Callaway’s previous release cycle, the bar clearly needed to be raised to maintain the full speed ahead approach to cup face and benefiting the player who wants a combination of distance, forgiveness, and workability.  Combining a beautiful dark finish with features like cup face, bore-thru, and various materials, Callaway has introduced an iron built for speed, comfort, and greens in regulation. 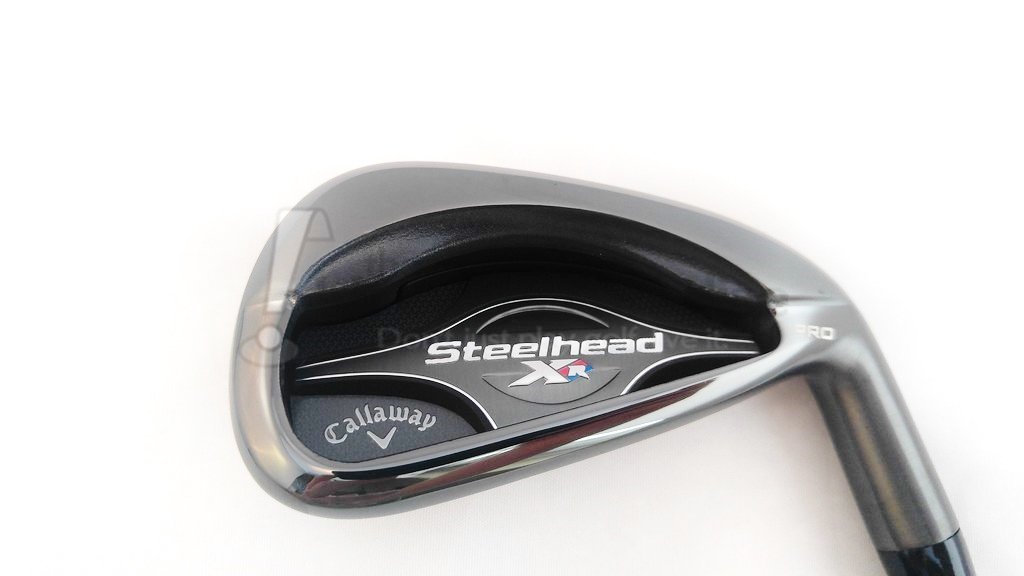 One of the most visible changes for this XR release is the stunning black finish.  The immediate debate that follows a black finish iron or wedge, naturally, is whether it can withstand the test of time without wearing down and appearing silver where much of the ground or ball contact is being made.  During the testing period, courses were played that ranged from very soft to very firm, and the Steelhead XR Pro irons were used in all situations including bunker play. 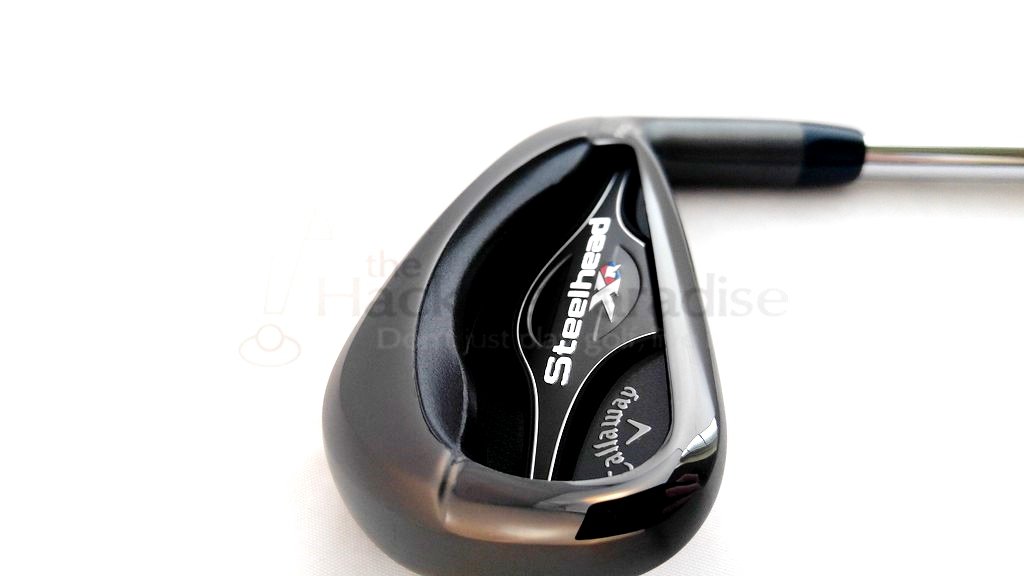 The first takeaway from the finish is that there will be some real resilience on the sole from the black wearing down.  Despite the mixture of soft dirt or sandy conditions throughout the course of more than ten rounds of golf, the black has maintained integrity on a majority of the irons, with only the irons being used in the sand seeing some typical sole scratching that would normally be found on a wedge of a similar finish.  From an aesthetics perspective, the surrounding area on the back cavity seems to be the least resilient, showing signs on wear on multiple irons due to them being rubbed and contacted with each other in the bag throughout the round.  With that said, the most important location for finish resilience has to be the face, which has proved to withstand any real variance from the original condition.  Having the darker grey matte tone on the grooved area not only helps the golfer visually, it also seems to do something that most black finish irons seem to struggle with, which would be the triangular wear to the original finish over time.

Speaking of the groove area, Callaway clearly made a smart decision to alter color between the overall head and the grooved area.  It is seen in other clubs where a chrome profile gets a matte groove area, and in this case, it’s quite similar, however the matte groove area is a darker grey.  In doing this, two things are likely to occur for the user.  First, and noted above, golfers will be able to avoid some visual wear over time (or a lesser version of) while they address the ball.  Second, they are going to enjoy an easier ability to frame the ball when stepping in for a shot.  The contrast is a very positive alignment offering to the eyes, and in some ways builds some confidence before the swing. 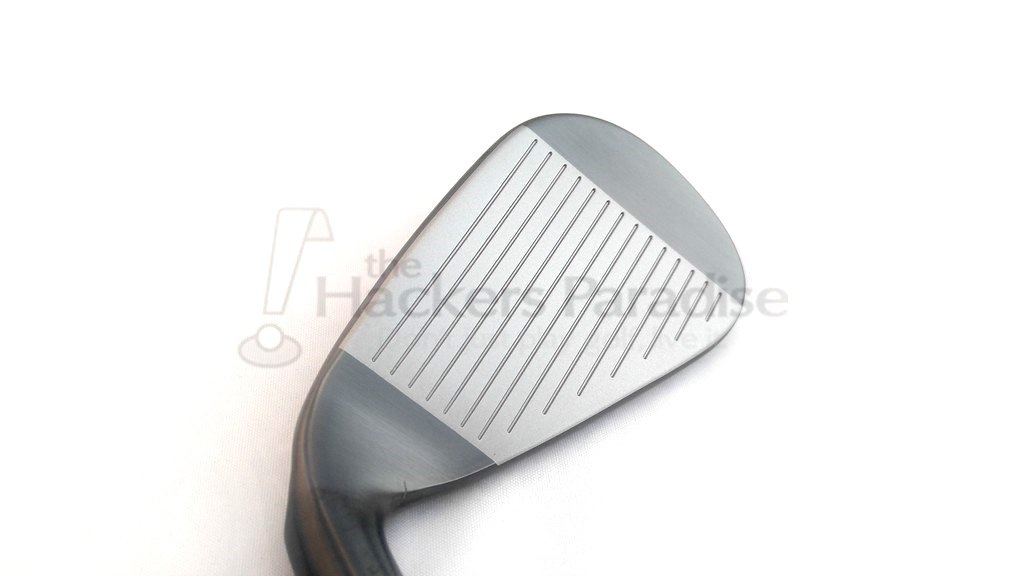 In allowing a few golfers to spend time with the Steelhead XR Pro iron, the most compelling comment after an extended session with them was, “They look like they will provide a more solid impact on the ball.”  Pretty interesting take, and when asked to expand, they stated that the combination of the finish, groove area color change, and shape gave them extra confidence that the swing would be successful.  Most golfers who had the opportunity to experience these irons during the testing process also did not take a second to consider the offset, only suggesting that it was not noticeable when asked, also noting that the primary focus to them was the black finish and grey grooved area.

In the early adaptation of cup face 360, there was a definitive difference between a traditional iron profile, and one that had some form of a cavity in the contact area.  Probably not to the point of being overly “muted” or “dead,” but most certainly different from the softer rich feedback provided by a muscleback iron.  Callaway has taken a rather notable step in a great direction (hard to say ‘right’ direction when they are deciding which path to pave), producing a club that can be put in the hands of a player-iron-biased golfer and have them satisfied with the sound. 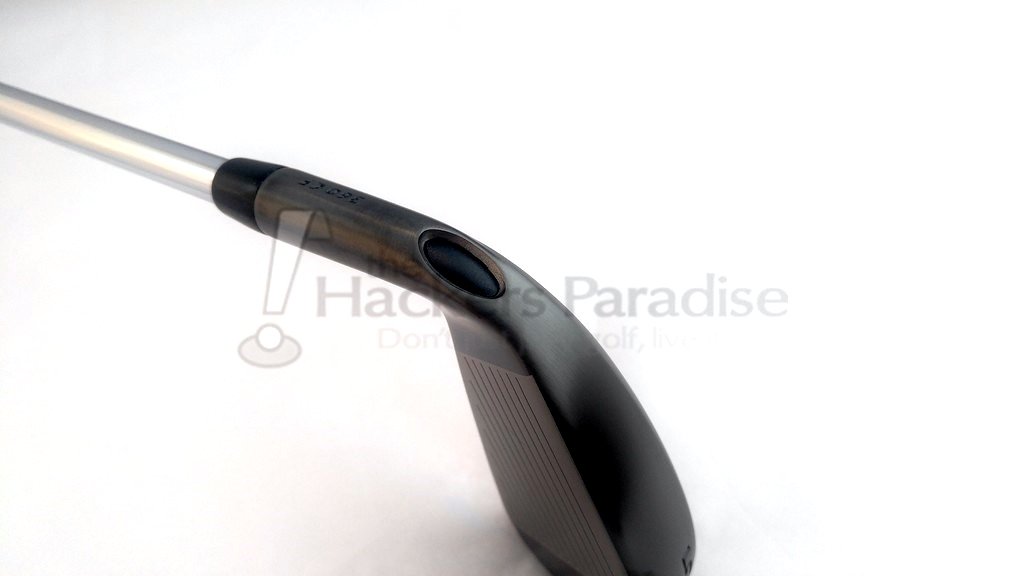 By comparison to the previous offering, the sound coming from the Steelhead XR Pro iron is a touch softer, which in turn offers a slightly richer sensation to the ears on great contact.  There is the inevitable off-center strike that feels underwhelming to the hands and ears, but that is quite typical with any iron.  What helps this particular iron stand out, not unlike what has been seen previously, is that distance away from center is ever expanding where golfers can still achieve a decent result despite mediocre contact location.

While the sound was already mentioned, many would agree that performance goes hand in hand with how good an iron sounds, and this improvement over previous cup face models really sets the Steelhead XR Pros ahead, introducing a softer feel.

In terms of overall launch, golfers experienced a flight that suited their swing, and in some cases a higher launch than they would expect to have with their regular iron.  As much as the profile wants to get the ball elevated, testing proved that the ball could be manipulated to launch higher or lower depending on the desired shot.  Not as easily as with a bladed iron, but these irons are far from being a singular shot shape experience. 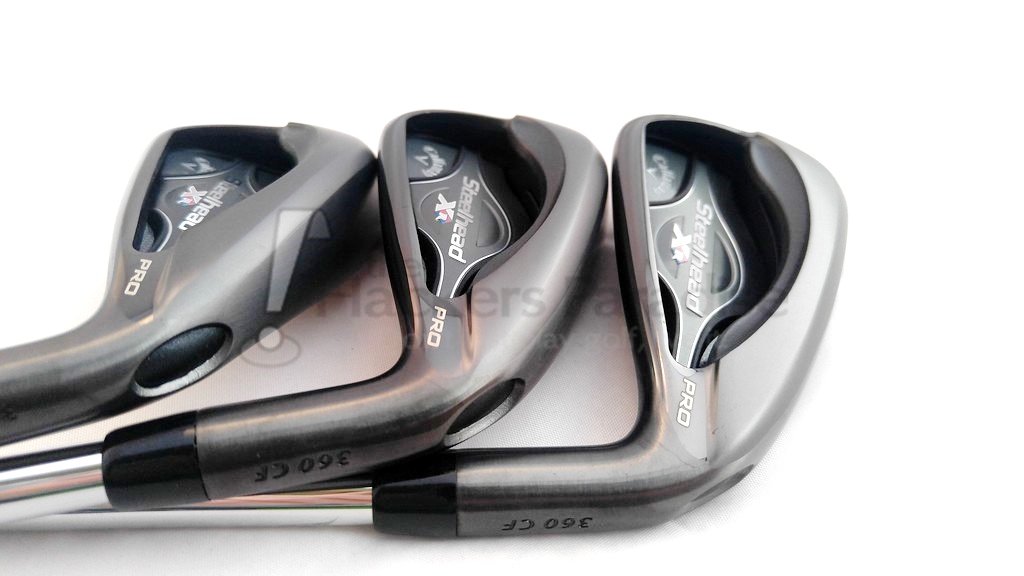 Continuing on the idea of workability, the testing period proved that the ball could be shaped left or right alongside the height alterations, which quite a few golfers seemed to really desire.  There were some cases where the overall forgiveness of the heads seemed to hang the ball to the right when a draw was anticipated, but that goes hand in hand with the benefits of cup face, suggesting that the best result of these irons would be a straight shot with reasonable elevation.  The irons as a whole did not seem to have a bias one way or the other in terms of overall shot shape.

Expanding on the benefits of cup face, the experiences with the Steelhead XR Pro irons included some less desirable ball contact that fell lower on the face, and not unlike the former XR Pro offerings from Callaway, the results were much better than deserved, including responsiveness in the hands.  In fact, the first range session during testing was in 45 degree weather, with every second or third ball hit thin.  While a typical iron would have the hands numb and vibrating in such a scenario, the Steelhead XR Pro’s actually helped to alleviate an otherwise awful personal performance.  Overall distance loss on shots hit thin seemed to be dependent on the swing, but a 90% retention of distance was not unheard of. 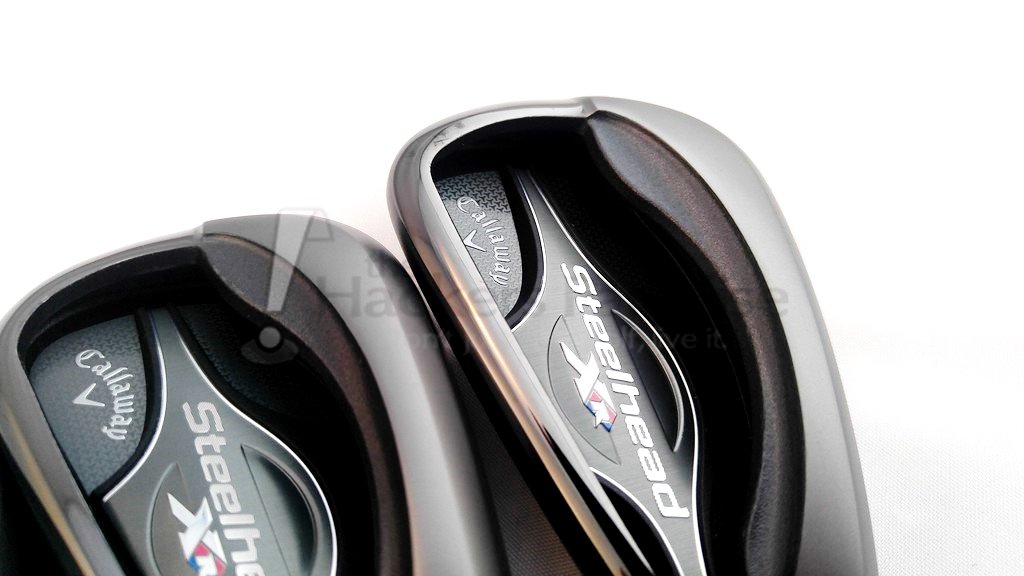 With a larger sole profile, one may anticipate a difficult time driving this iron through the turf for a solid divot on a shot, but that seemed to be more a reflection on the course conditions than the irons themselves.  While they did provide some helpful bounce out of an overly aggressive attack, they also could take a generous pelt of turf if required in a marginally soft fairway lie.  In terms of distance retention and maximum iron benefits, a subtle divot proved to be the best scenario.  The wider sole profile also introduced some added confidence in bunker lies, especially with the longer irons.

While the bar was set quite high with the XR Pro release, the Steelhead XR Pro irons have come in and taken on their predecessors with great success.  Better sounding, better looking, and in many cases better performing, these irons will achieve in many cases better than what the golfer puts into them.  With a new shape, some new technology, and a handful of shafts to select from, they are definitely worth consideration.  For more information on the Callaway Steelhead XR Pro irons, visit www.CallawayGolf.com.