Callaway and their wedge guru Roger Cleveland continue to evolve the Mack Daddy 2 line this year with the release of their “Tour Grind” MD2’s. These wedges come about via feedback from Callaway’s Tour staff as to what they wanted to see for increased versatility and playability both in sole and head shape.

Info from Callaway on the MD2 T-Grind Wedges:

o   Inspired by feedback from Tour, they present a Tour validated shape with ultimate precision and control

o   Slate finish oxidizes over time for a distinctive look

At the initial glance it could be possible to look at the “Tour Grind” as a rehash of last year’s release. What most fail to realize however is that Roger Cleveland developed this version of the MD2’s in direct response to the feedback Callaway was getting from their tour staff in regards to the playability and shape they would like to see. 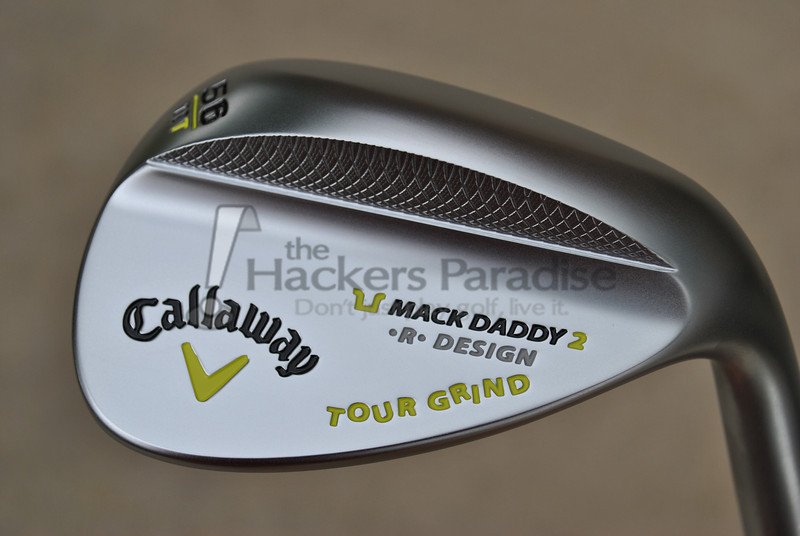 At its base, the T-Grind is eerily similar to the C-Grind, with significant heel and toe relief taken from the sole in order to allow versatility in face angles. There is however a major difference in the overall application here, namely the “Tour Grind” has a much straighter leading edge, which means lower overall bounce angles and more of an ability to keep that edge closer to the ground. This should improve turf interaction and maintain versatility. Additionally, the wedge shape itself has a higher toe look at address than previously. In all honesty, the T-Grind MD2’s look much more like the X-Forged wedges, which are still held by many as the best wedges Callaway has released. 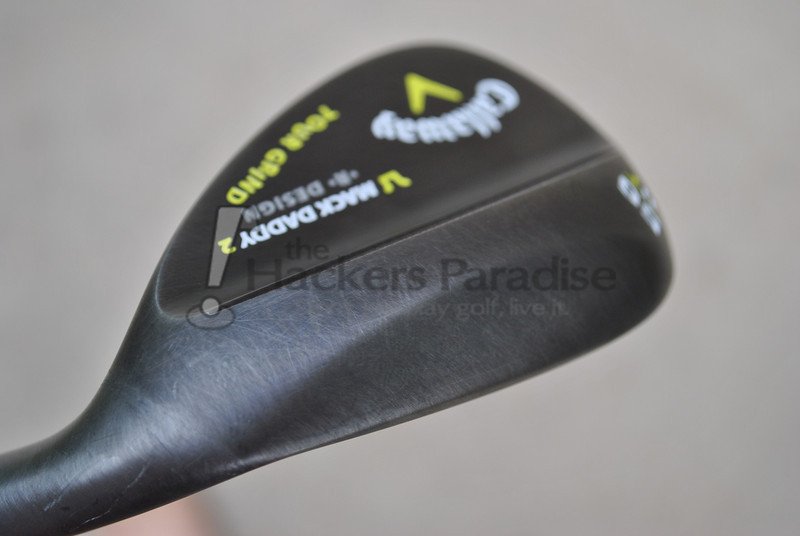 Like the initial release of the Mack Daddy 2 wedges last year, the “Tour Grind” version is available in two different finishes, slate and satin chrome.

Callaway’s “slate” finish provides the darkest look and with it provides the most glare resistance. The slate has a brushed matte appearance overall and the finish itself is raw, so it will rust over time if given the chance. 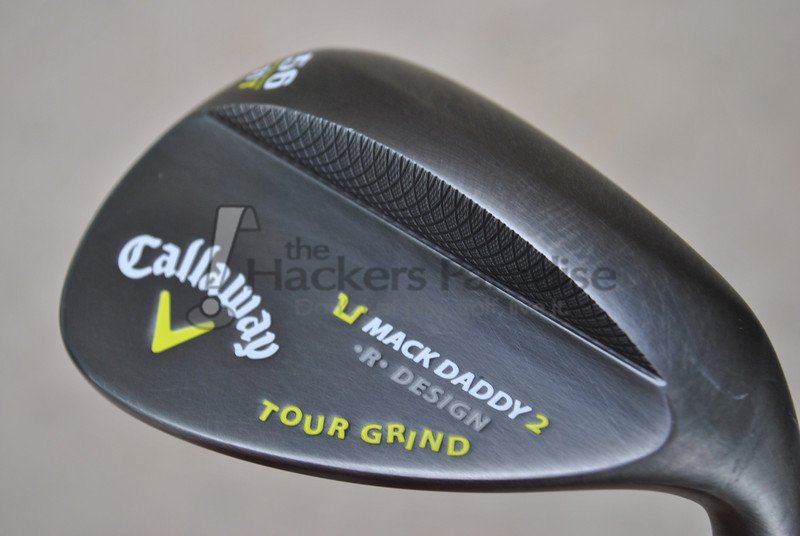 A chrome finish on wedges can often be a concern thanks to higher lofts and the effects this can have with glare at setup. The finish on the “Tour Grind” wedges is the same satin finish seen in the standard MD2’s. Thanks to the smoky nature of this particular satin, it is muted enough to have minimal glare issues. In fact, it is one of the best all-around satin chrome finishes out there from any company. 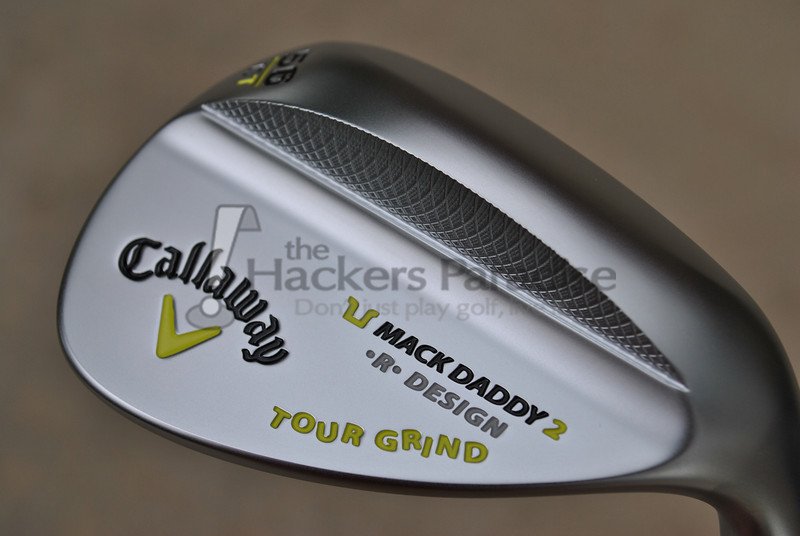 While the base design is practically identical to the 2013 release at first glance, there are a few small changes. Most notably, gone is the “Designed by Roger Cleveland” which was a cause for some debate. That has been replaced by a much more subdued “-R- Design” that looks much cleaner. Additionally, there is a new color scheme, as Callaway has replaced the black and red motif with an eye catching black and “acid yellow”. This bright yellow is both in the paintfill as well as the Golf Pride NDMC grips used on the club. While it is eye catching and done quite well in this reviewer opinion, it might be too bright for some and will definitely be a personal preference. 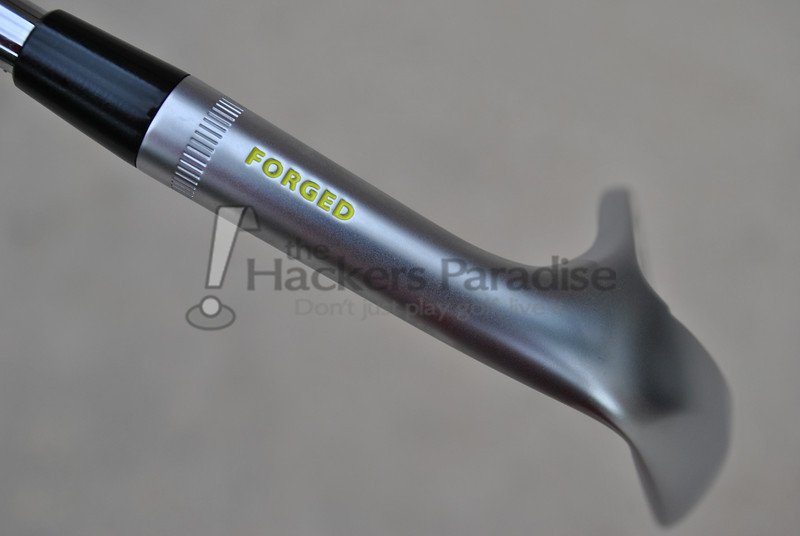 As with the previous release, the most unique aesthetic feature is on the face of the wedges. The laser milled micro grooves are designed to increase surface roughness and they wear over time, but the oval like etching on the face stands out more than any other face milling on the market. Those who prefer simplicity may find them too busy before they wear away, but they certainly generate discussion. 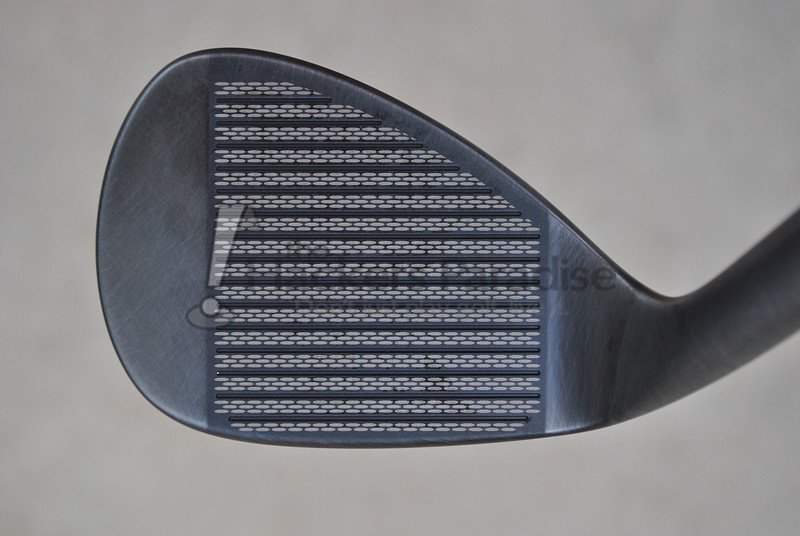 With the versatility that they allow, wedges are one of the most complex clubs to break down from a performance standpoint. In order to streamline things, it is best to look at them from each of the different phases of the short game itself.

For this review THP was sent the MD2 “Tour Grind” wedges in the 56.11 configuration in both finishes.

The less rounded leading edge combined with the T-Grind allows the MD2 to sit closer to the surface, which sets up extremely well for full swings. On shots from both wet and hardpan lies the wedges provided improved turf interaction from the standard MD2’s with no. From the rough and sand the T-Grind had no issues with its heel/toe relief or its lessened bounce. 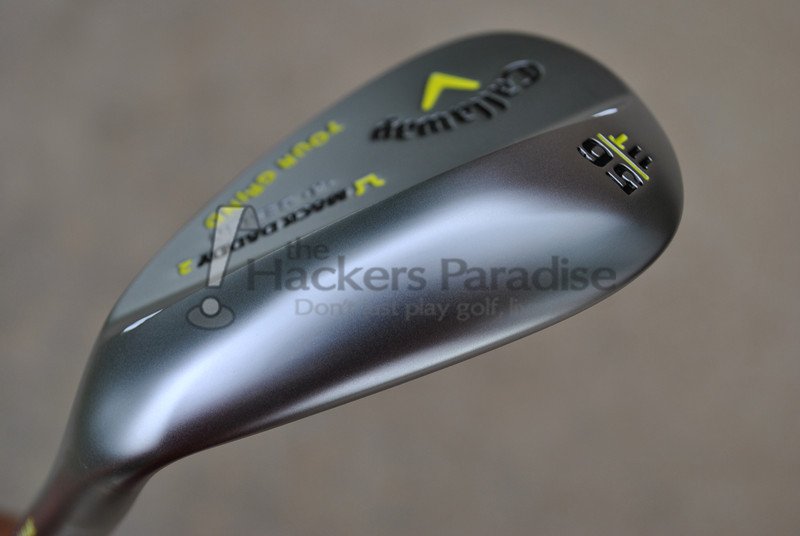 Ball flight with the DG shaft was a high trajectory with a flatter apex which kept the ball from ballooning into greens on full swings. Additionally, manipulating the ball flight (“flighting”) up and down via ball position posed no issues at all. From a spin perspective the MD2 grooves provided numbers that are extremely comparable with other top end wedges on the market and holding greens was never an issue at any time.

Naturally, this is the segment in the short game where spin and how it can be applied is of the most focus. Turf interaction on these particular shots was the largest improvement from the standard MD2 wedges. Manipulation of the wedge while maintaining an extremely clean level with the turf was truly high point for the T-Grind and the changes that Roger Cleveland made. Whatever shot was necessary could be pulled off thanks the relief on the wedges. Additionally, they allowed for checking the ball up or playing for it to release just as well as their predecessors. 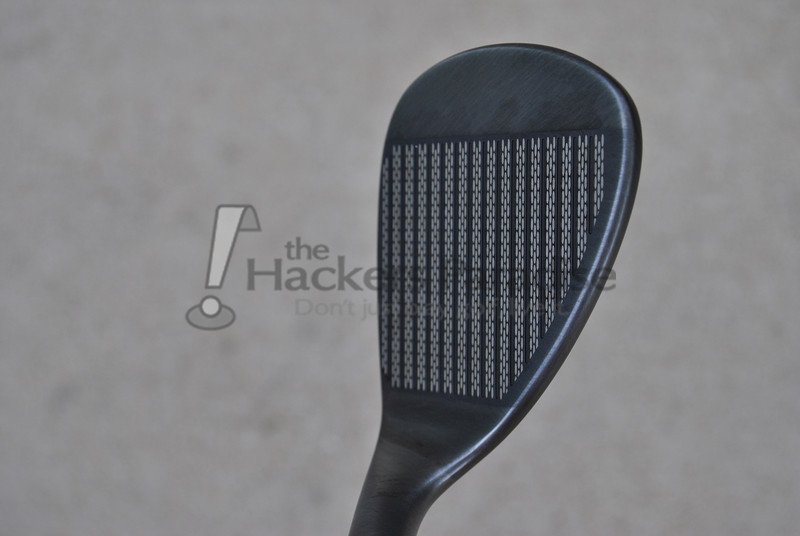 Thanks to the decreased bounce as well as the heel and toe relief on the “Tour Grind”, pretty much any touch shot that one could want to try can be pulled off around the greens. From opening the face for maximum loft to playing the ball back and inside with the toe down to cause the ball to run, these interactions were much easier than with the standard MD2’s. The largest improvement here though for many will again come from the straightened leading edge and just how it lets the wedge set up. The wedge sits flush to the ground through most manipulation, allowing for more confidence to pull off the touch shots and not fear the thin miss. Visual confidence is a very important thing for many around the greens and these supply plenty of it. 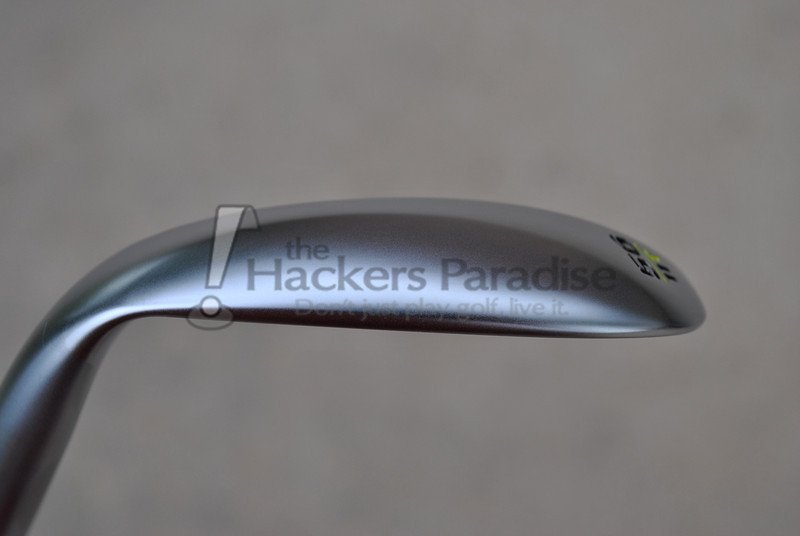 Callaway touts that the use of forged 1020 Carbon Steel allows for a softer feel. While feel can be interpreted different ways, most of the time it comes back to sound and the wedges do give off a lower tone at impact that will be construed by many as being “softer”. With material like this though wear and bag chatter can be a concern. Throughout time and extensive use with both finishes the durability was pleasantly nice with minimal marking and chatter. The face etching did however wear rather quickly, but it bears keeping in mind that it is designed to do just that and is not meant to be permanent. 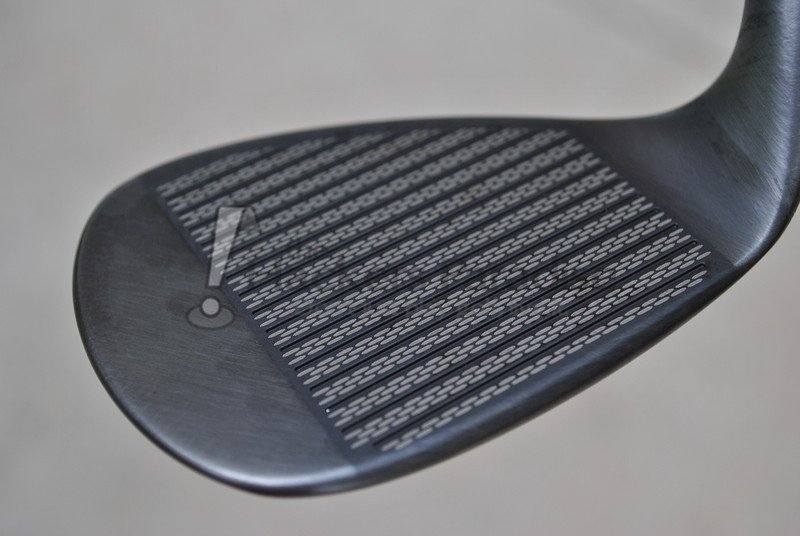 The release of the Mack Daddy 2 wedges last year was a major step for Callaway as far as re-establishing themselves in the wedge category. This year, rather than simply starting over they chose to continue to evolve the design in order to make it even more playable and versatile, a very wise move. The “Tour Grind” version of the MD2’s will certainly appeal to a sizable margin of players who demand versatility in shots with their wedges. The direction that Callaway has taken with allowing Roger Cleveland to run wild with their wedge department has been very interesting to see and much like the rest of their line, people are starting to take notice.

The Mack Daddy 2 “Tour Grind” wedges will release on July 18th and have an initial price of $129.99. More information can be found at www.CallawayGolf.com.