This year has marked a new attitude from Callaway golf. Rather than sitting back and letting things shake out as they may, they are now being the aggressor. Part of this mentality is about coming out with something for everyone and a prime example of that is in the driver market. Callaway has developed three separate drivers in the RAZR Fit Xtreme, the X-Hot Pro, and the X-Hot. Each driver hits a specific niche in the market and there is no denying the excitement that Callaway has for this 2013 line. That excitement is why I was eager to get the chance to put the X-Hot driver through its paces and get a feel for it for myself. 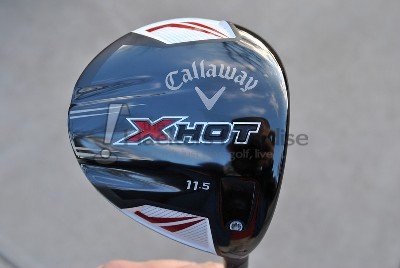 Distance gains of 13 yards* with the new X Hot Driver have been achieved with a host of design and engineering advancements that make the new drivers fast, hot and more lightweight than their predecessors.

Also, by decoupling the face performance from the rest of the driver head, Callaway R&D is able to boost ball speed without sacrificing optimum trajectory. And a tighter curvature face on the X Hot Driver (relative to the RAZR X Black Driver) offers a look at address preferred by better players, along with consistent sidespin and dispersion to promote accuracy.

The first thing that obviously grabs your attention with the X-Hot driver is the finish. Callaway has stepped outside the box by choosing to go with a matte gunmetal gray finish on the crown. There is also a singular alignment aid on the crown as well as some small red, black, and grey graphics on the rear edges of the crown. While the grey crown may catch your eye, to me the sole of the club just finishes off the entire package by presenting a well-done contrast. On the sole of the X-Hot, Callaway went with white and red as the main colors of choice. The two serve as a stark contrast to the muted grey crown and black face and the entire package works tremendously well together. 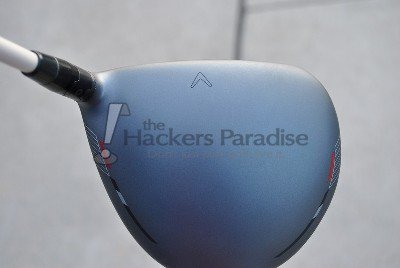 This is one particular area where I really think the X-Hot stands out the most. Not because it is radical, but instead because it is so clean and classic looking. The head of the X-Hot is a nice and evenly rounded shape without any of the triangle look you see with many heads out there. There is no doubt that it is a 460cc driver, yet it is in a subdued style that doesn’t seem all that large to your eye. Obviously the finish plays a role in this though as well. All in all, this is a driver that presents a clean and classic shape. 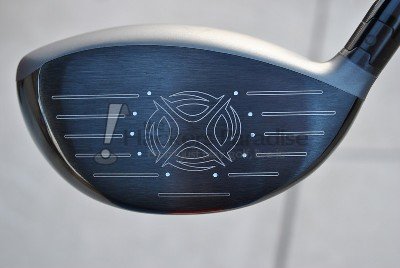 The X-Hot driver makes use of Callaway’s OptiFit adapter. This is nice, as it allows for easy interchanging of shafts from head to head throughout the Callaway lineup if necessary (RAZR Fit, X-Hot Pro, and RAZR Fit Xtreme) rather than requiring a unique adapter. Outside of the shaft change capability, the OptiFit adapter allows for three different face settings. The X-Hot actually has a square face angle when the cog on the adapter is set to its neutral setting (S). When the adapter is set to open (O) the face angle is opened 2.5 degrees and the effective loft drops 1 degree. Finally, should the adapter be set to closed (C) then the face will sit closed 1.5 degrees and the effective loft will increase 1 degree. 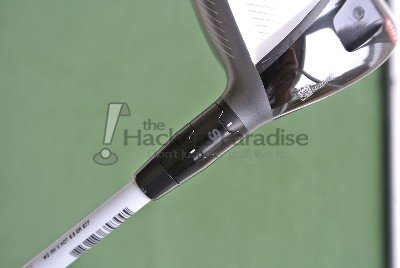 In all, I’ve always been a big fan of the OptiFit because it is just so simple. You can change the shaft, you can open it, and you can close it. Very few golfers need much more than that in my opinion. With the X-Hot driver I think the adapter’s adjustability capabilities work as well as ever since the driver itself is streamlined and simplified (on the outside) to be clean and easy just as the OptiFit is. With each adjustment I could clearly see differences in my flight patterns, both from a launch standpoint as well as tendency to fade or draw more, which left me with no doubt that the OptiFit does exactly what it is intended to do. Obviously, there is more adjustability out there in some other heads, but sometimes more isn’t always better.

I’m a believer in sound and feel being intertwined with each-other, and far as that qualifier goes, Callaway knocked it out of the park with the X-Hot driver. I can honestly say that on a well struck shot the sound is unlike any other I have heard in a driver. It’s the ultimate combination of being muted yet solid and without the harsh metallic tendencies some drivers have. It should be stated though that the sound is not the same tone on extreme misses across the face, which is not to say it becomes a bad sound. It just means that you can hear a difference that gives plenty of feedback as to where the miss was. You really do get the feeling of the ball launching off of the face thanks not only to the sound but also the Callaway “speed-frame face” design. This design is intended to increase ball speed across the face. In my time with the club I certainly think it achieves this goal along with still allowing plenty of feedback.

The non-pro X-Hot driver comes paired with a Project X Velocity shaft. which is available in light, regular, and stiff flexes in all of the different lofts. This is an area that has definitely drawn some talk out there, as this pearl and red version is a “proprietary” shaft, or what many would refer to as a “made for”. It bears to keep in mind that these shafts are designed to not only pair with the head, but also reach the broadest spectrum of golfers out there. Just because it is not a “real deal” shaft, it should not be written off for everyone before they try it. 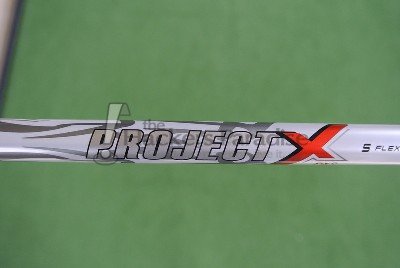 For the purpose of this review I was using the stiff version of the shaft and put it through its paces on the range and on the course. I found the shaft to be a high-launcher with a mid-spin level and a pretty smooth feel to it. I will add however that this version of the Velocity felt to play a bit weak to flex for what I am used to and lagged a bit through the zone for me. Again, I think it is important to try it before you knock it since every golfers swing is different.

The X-Hot was designed to be the most forgiving of Callaway’s 2013 line of drivers. I hit the ball all over the face of this driver and can safely say it is impressively forgiving, especially off of the heel. Obviously, all misses will be met with distance losses of some sort, but the thin walls and “speed-frame face” of the driver really seems to combine well to minimize the amount of ball speed that is lost on extreme miss-hits. For the part of the market this driver is aimed at, this should prove incredibly beneficial for helping to keep the ball in play. 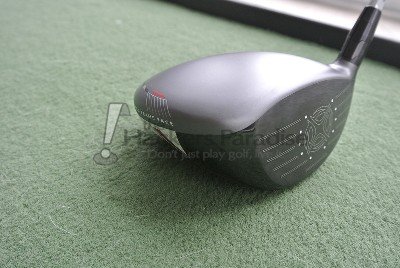 Additionally, the X-Hot line has interior weighting that is meant to promote a draw, as most average golfers struggle with losing the ball right. The good thing about this is that Callaway has not put out a wonky looking offset driver. Instead they altered the interior weighting to keep the head-shape clean and attractive. Additionally, Callaway’s research led them to see that as more loft is needed in a driver then typically more draw bias is needed as well, so as the lofts increase in the X-Hot, so too does that interior weighting. I know that some have put a lot of concern into this aspect out of fear of hooking the ball. I can safely say I still saw no issues working the ball to the right or hitting cuts using the 11.5 with the highest draw weighting.

The X-Hot driver was designed to be 14 grams lighter than past models in order to help increase swing speed and therefore ball speed and distance off the tee. Coupled with the thinner casting walls and the speed-frame face, the X-Hot can certainly move the golf ball out there. I saw solid distance in my time with the driver. Distance that would make the game more enjoyable for many golfers and that is the exact goal of this driver.

I will add that in Callaway’s 2013 lineup the X-Hot does spin more than both the X-Hot Pro and the Razr Fit Xtreme. When coupled with the stock shaft, this is definitely something to keep in mind. It will undoubtedly help a large portion of golfers that lack the spin to consistently get the ball up in the air, but it may be a bit too much for a high spin player. No matter the side of that spectrum you sit on, this driver can definitely move the golf ball. 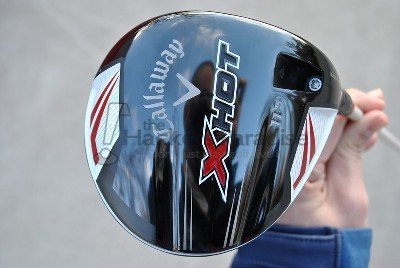 The decision by Callaway to bring to market not just the typical two levels of drivers, but instead three was a truly wise one. There are far too many different golfers to pigeon hole them into one category or the other. The broader spectrum that you can cover, the better. The X-Hot is a prime example of that. The amount of tech and R&D that went into this design stands out here not just through hype, but through performance as well. It is certainly a club worth going and hitting so you can see what it is bringing to the table.

The X-Hot driver comes with an MSRP of $299.99. For more information, check out www.callawaygolf.com.