With their 2014 line of clubs Cleveland Golf is moving all in on the ‘588’ moniker and not just for the wedges from which the name is known, but for the entire lineup. Within that comes the newest edition of what has been one of the most effective clubs for them in recent years – the hybrid. The 588 Hybrid features some old and a lot of new as Cleveland seeks to continue improving on the groundwork laid by the Mashie and Classic hybrids.

Cleveland on the 588 Hybrid:

Our longest hybrid ever features a hot, forgiving face for maximum distance and Gliderail Technology for incredible playability. Players of all abilities will experience added power and control from any lie – fairway, rough, or sand.

Tour-proven, compact profile has minimal offset for a confidence inspiring look from any lie.

Combination of two rails with subtle center keel on the sole measurably decreases turf drag for more lift and speed at impact.

Combined with a rear sole plug, advanced wall construction allows more weight to be positioned low in the club head for a higher launch.

This shaft promotes a high launch and an all-around combination of speed and stability with solid feel at impact. Made by Matrix, one of the fastest growing shaft brands on tour.

From a looks perspective Cleveland has taken quite journey on their hybrids in the recent years. After consecutive years of the much more industrial looking Mashie hybrids, last year marked a return to a more “traditional” finish and overall look. It seems this year Cleveland has evolved the look and design a little more by building on last year’s model. 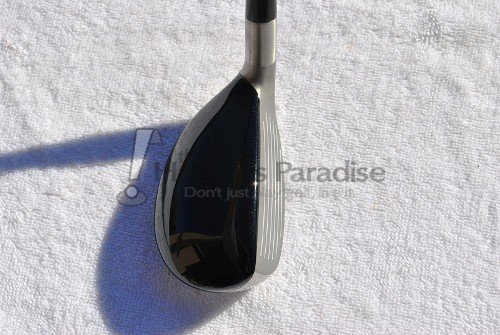 While there are definite links to last year, there are also some changes. The overall profile of the 588 from address is a bit more compact and this further accentuates a more iron like look to the hybrid rather than the oversized footprint that we see on so many hybrids now. The 588 maintains the sole keel and gliderails for which the company’s hybrids have become known for, but it is evident that there have been some evolutionary improvements to the rail setup on the sole. Additionally, Cleveland has lessened the offset in the club, giving it a much more aggressive look behind the ball. This is a look that should better please all spectrums of players compared to the previous years’ models, which turned some better players off. It is no exaggeration to say that the 588 Hybrid is the best looking hybrid Cleveland has released in many years.

The biggest change for Cleveland with the 588 Hybrid is the addition of variable face thickness into their design. Although not a new principle by any means, it is the first time that Cleveland has done this in a hybrid face. Essentially, the variable face allows for more overall ball speed off of center strikes while also helping to decrease the losses on misses, thus adding forgiveness as well as distance. 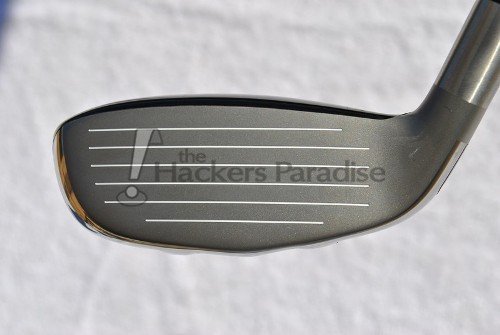 After working with the 588 and having played Cleveland’s previous three hybrids it is no stretch to say that the variable face has indeed added a whole new dimension. Both off of the tee and from the deck the 588 was not only explosive on well struck shots, but misses also met much less distance loss than this reviewer saw with prior hybrids. One distinctly memorable thing during testing is that swing after swing, even on misses, the ball really does feel like it jumps off of the face as there is no heavy or lingering sensation to contact. There is also little doubt that the 588 is among the longer hybrids encountered and certainly longer than in the past for Cleveland.

Without a doubt turf interaction is what has set the Cleveland hybrids apart compared to a vast majority of others in the past. This all comes back to the continued evolution of their Gliderail Technology, as the dual rails combined with the slight keel of the center of the club (which can be seen from the sole and from the face on view) are arguably the most beneficial features of any hybrid when it comes to being used off of the ground from a variety of lies. 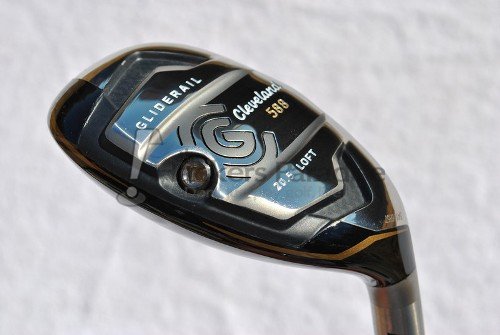 While the 588 Hybrid clearly features some changes in the positioning and overall build of the Gliderails compared to the Classic hybrid form last year, the performance that they put out is all too familiar. The 588 was put into play from a variety of situations and lies and the rails and keel reacted well to a variety of swings from picking the ball clean to really attacking down and through. At no point was digging or twisting of the head a concern from tight lies or the rough. Instead the head did what it was designed to, as the rails seemingly filtered off anything that got in their way.

Another big emphasis that Cleveland had with the 588 Hybrid was improving the launch of the head to take advantage of the variable face and get the most out of the club from a distance and ball flight perspective. In order to do this they have added weight port in the rear of the sole to push the CG further back and lower in the head, thus increasing the launch capabilities of the club. 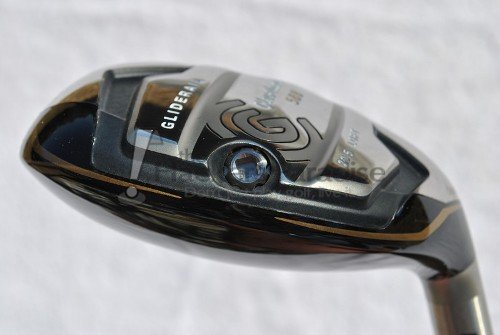 Not only does the weight port look incredibly well done in the 588, testing definitely seems to confirm the increase in launch. While shaft plays a role in launch, if the characteristics of CG within the design aren’t right, there isn’t a whole lot a shaft can do. The common trait on shots with the 588 besides distance is the overall launch angle (which obviously aids the distance observation). The ball wants to get up in a hurry off of the face of the club and reaches and impressive overall peak. However, those who concern themselves with flight being too high should also note that the angle of ascent off of the 588 was penetrating and time and again was followed by a decent capable of attacking and holding greens.

With the 588 Hybrid, Cleveland elected to continue its recent trend of pairing their clubs with Matrix offerings and has paired it this time with an OZIK Altus hybrid shaft. The OZIK Altus in stiff flex has a weight of 60g which is slightly heavier than we saw last year but still definitely in more of a lightweight classification. As mentioned above, Cleveland introduced a lower CG with this hybrid and putting the club into play confirmed that this provided a nice overall launch angle and while the shaft may not determine the bulk of launch, it can certainly aid it. The Altus proved to be a very stable shaft throughout the swing which certainly seems to play to flex. At no point did it feel like it would not keep up or that dispersion was being put into danger. Instead, the Altus reacted well to a variety of tempo’s and swing lengths. It certainly appears that Cleveland did their homework with their move to the Altus for this head. 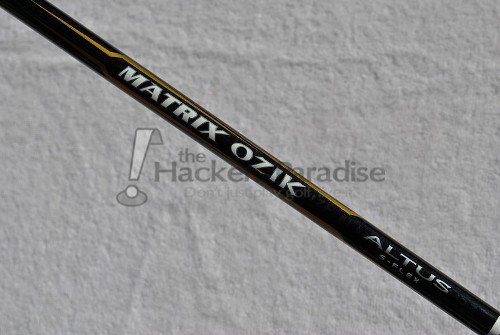 As always Cleveland is a company with which flash in both design and marketing is never a primary goal. Instead, time and again we see designs that fit the moniker with which we have come to know the company for in recent years – clean lines, improved technology, and improved playability. The 588 Hybrid definitely fits into all of those molds and it is not an exaggeration to say that they have quietly created what might just be the best performing hybrid ever for them. The 588 has the looks, it has the distance, and it has the forgiveness that will surprise a lot of golfers.

The 588 Hybrid paired with its stock Matrix OZIK Altus shaft has an MSRP of $169.99 and more information on the club as well as the entire 588 line can be found at www.clevelandgolf.com.