It is my personal opinion that the release of the CBX 2 wedge from Cleveland Golf, which is getting some good initial buzz, should be getting way more than it is.

Its predecessor took the market and THP by storm with golfers finally being afforded a forgiving wedge that still looked like a wedge, but without having to sacrifice the versatility you typically are required to when using a set wedge. It was a release that if you could get someone to try it, especially in the lower lofts, blew minds. So, one might expect the next version to just be a refresh…

The CBX 2 is not a refresh, its one of the greatest wedge companies of all time realizing they created something unique which could still be better.

I worked with the 52.11° CBX 2 for this review, and I have no issue saying right up front that Cleveland Golf killed it again. 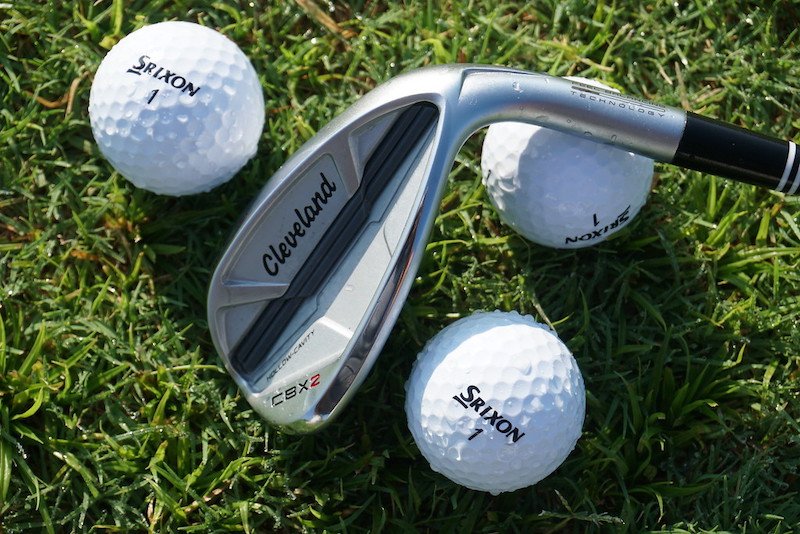 Better than the original. The CBX 2 wedges should be a must look at for golfers acrossthe spectrum who need some forgiveness in their wedge game but don’t want to sacrifice feel or precision.

The CBX wedge was the definition of a disruptor in the wedge market upon its release. Traditionally, choices were simple when it came to wedges, play a bladed design, or play one that was part of your iron set. On one end, you got maximum versatility as the cost of any forgiveness, and on the other maximum forgiveness with extremely limited versatility. The CBX offered the best of all worlds for golfers who needed the forgiveness but wanted to feel like they were still using a true wedge.

This isn’t to say that a more forgiving wedge design was a new concept, heck Cleveland themselves had been down that path before with cavity back wedges, SmartSole, and even the Niblick.  However, at no point had a wedge been created that had enough weight displaced to the perimeter via the cavity to increase forgiveness but still looked normal at address until the CBX. It is for all those things that the CBX gained a lot more traction than I think most expected.  Heck, in the THP community it gained an almost cult-like following.

Enter the CBX 2. More weight moved thanks to features like a lighter hosel due to a unique insert, a more tapered flange, wider toe, and a hollow cavity design means the CG has been optimized even more to the middle of the face while also adding more forgiveness than the predecessor. Again, this is not just a face-lift, and you must respect Cleveland Golf for that because no one would have faulted them had they decided to do just that.

Whilst the biggest part of the story on the CBX 2 in most places is going to be the weight movement and changes from the original version, I think there is a more under the radar part, and it’s the new Rotex 4.0 face design, as well as the implementation of three different sole designs into the CBX 2 depending on loft. The reason I want to dive into this aspect specifically is that versatility was a big discussion point on the original and the argument by some was that the Dual-V sole limited it too much for some. 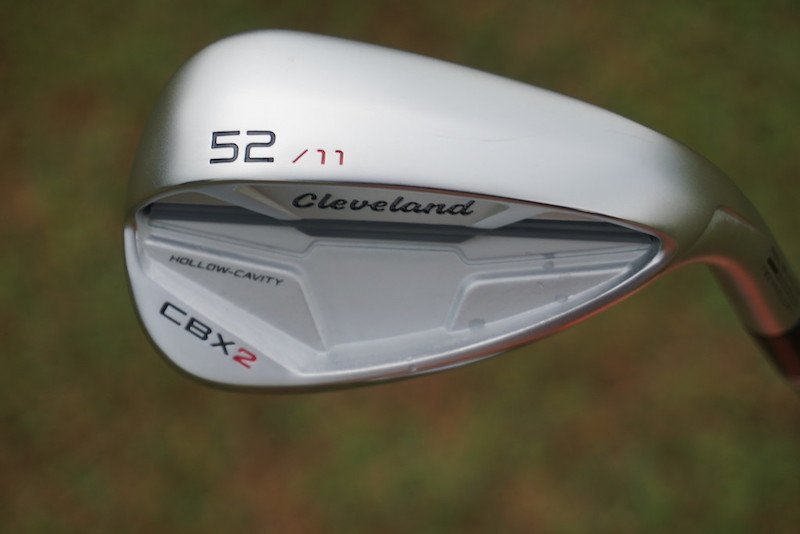 This time around there are loft specific sole grinds, three to be specific. In the 46°-52° there is a standard V-Sole since those are the lofts most used primarily for full swings, in the 54°-56° an S-Grind optimizes things for thick rough or bunkers, and in the 58°-60° a C-Grind which gives heel and toe relief to allow more face manipulation than its predecessor ever thought about having in the lob wedge. 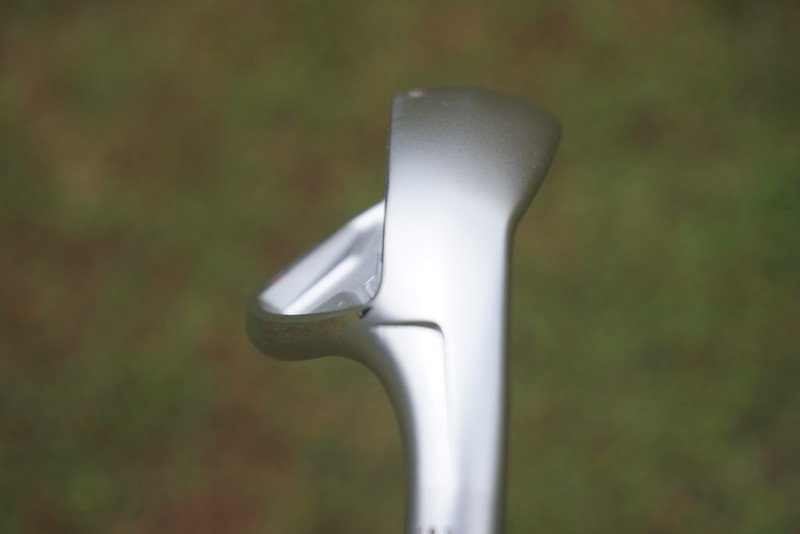 For this one, I was only able to use the V-Sole design since I was playing with the 52°, but it performed well through the turf on full swings and the thing that stuck out is how effective it was in a variety of lies, hence the “Dynamic Sole” phrasing that Cleveland is using with the CBX 2. I’ll discuss more here in a bit, but the 52° impressed enough that I am legitimately curious to see how the C and S grinds perform in their respective lofts.

This wasn’t my first experience with the CBX type wedge as I carried a 50° of the original for a while upon its release, but aesthetically this is an improvement for me, clearly though that will vary person to person. The back of the club looks more wedge like since there is now an internal hollow cavity and the flange is more solid. At address, it looks a lot like the RTX 4 that I already carry, albeit with some slight size differences, but when standing over the ball you wouldn’t be able to tell this is a wide soled cavity back type design. 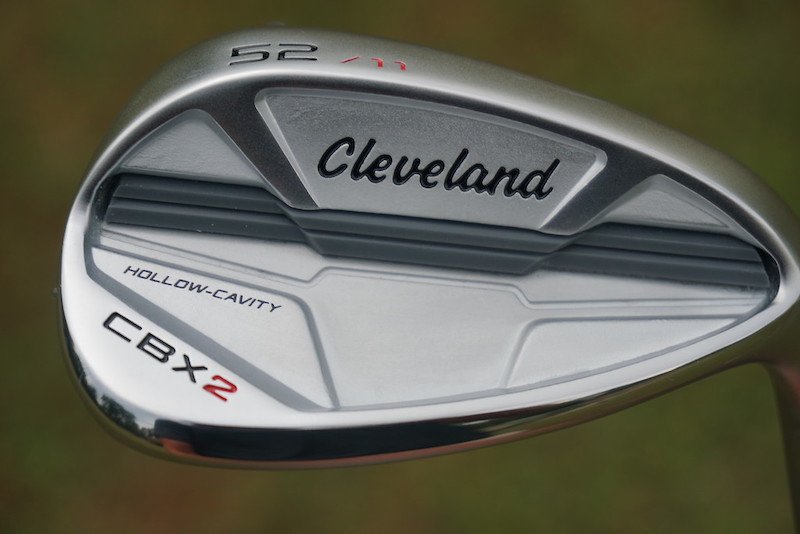 The sound/feel is one of the most pleasant I have used, no click here, just a dense feel at impact that most will consider “soft”. The feedback is a bit blurred because of the hollow body design, so you won’t get as sharp/noticeable differences on strikes to the perimeter of the wedge though I’m not sure that type of feedback is what early adopters of the CBX 2 would be looking for anyway. I believe if you could pull off a blind test where the user could see nothing but the club at address before hitting the ball, they’d never guess it’s a cavity/forgiving type wedge like this. 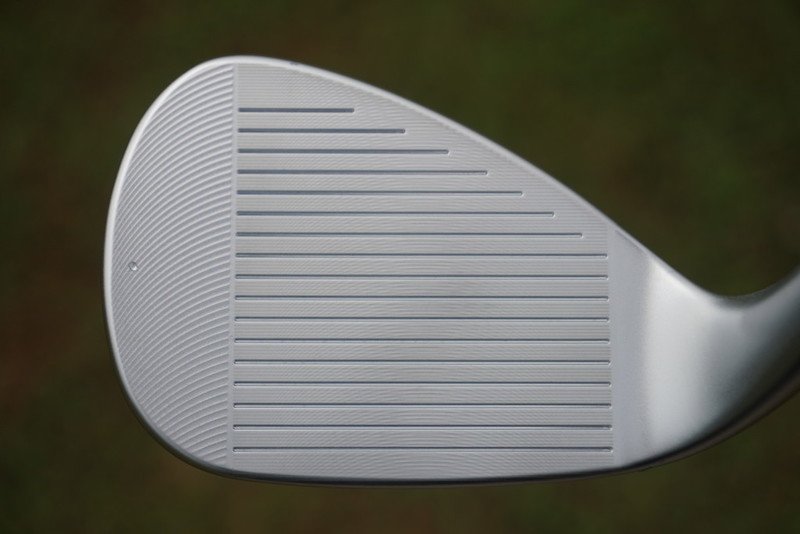 Because this review was done with the 52°, I really can’t speak a lot on the versatility aspect with the addition of different grinds into the lineup this year. I will say with the 52° having the V-Sole it proved to be pretty ideal for how I would use that loft (full swings), and around the green it was pretty killer for chips and bumps and runs. I did hit it out of some bunkers as well despite being a little lower loft than I would like there and the wide sole did its job without a doubt. 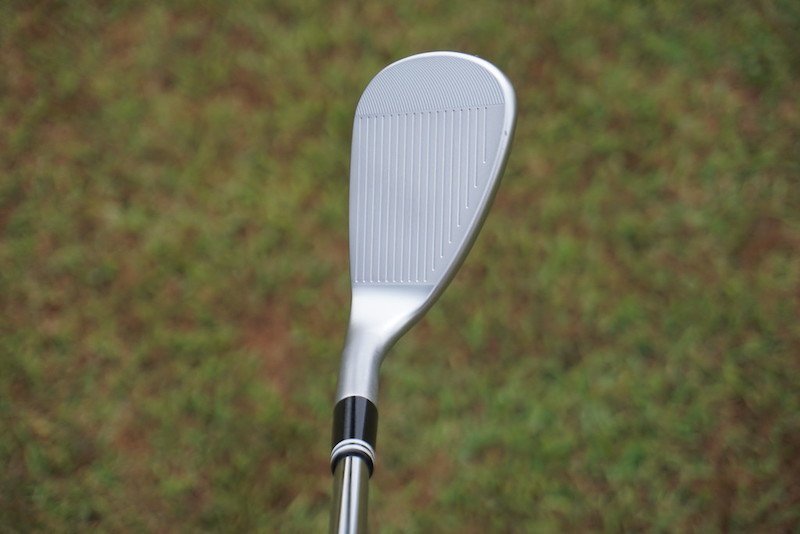 Most impressive for me was the amount of spin I got off the 52°. I recorded some data with the CBX 2 on the Foresight GC2 in both full swings and also the 100 yard shot to try and give some number based info for those who like it, but it’s key to keep in mind that wedges are a tough one to hit on the monitor at times because strike consistencies for an average golfer like me do vary. Either way, as you will see, overall there was some very good spin generation on the different shots, and I’m not sure that any wedge company is doing face tech/design as well as Cleveland. The Rotex 4.0 application and the multi-milling levels just makes for a very mean looking wedge. 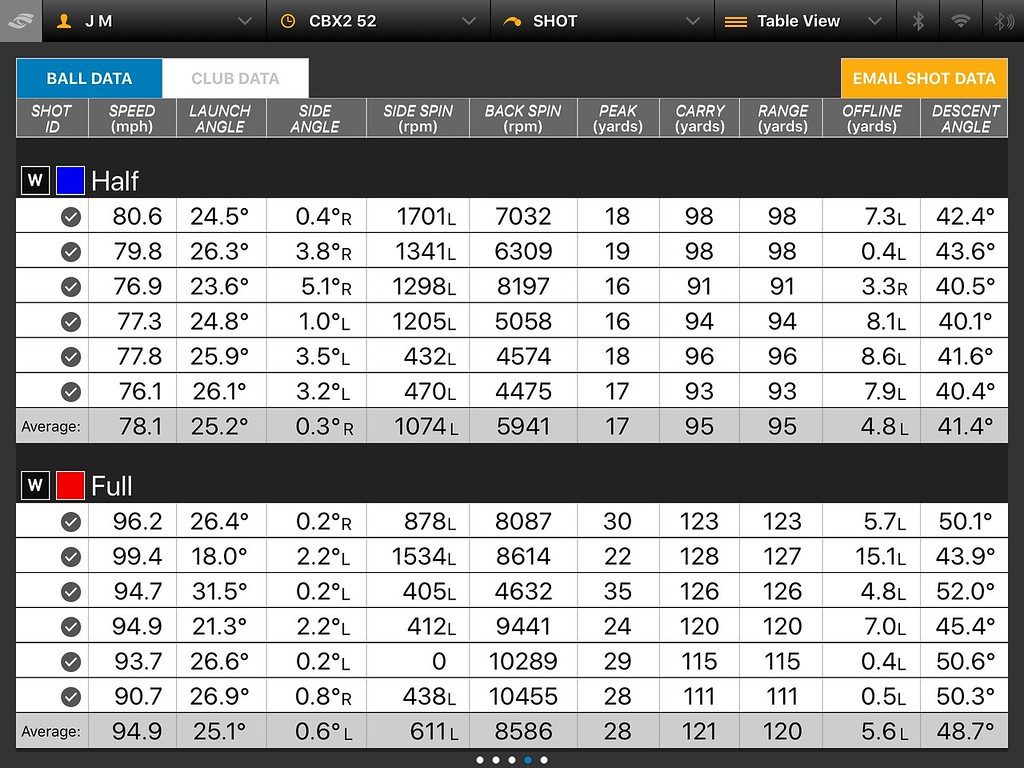 Overall, even with just testing a single 52° wedge I came away impressed in the CBX 2. More than that, it has me extremely curious to get some time with these in the same lofts I currently play in the RTX 4 (48°, 54°, 60°) because I do still think even with all the improvements in the CG of the wedges, the biggest story is that of the different sole designs, and if they have legitimately added some versatility to them, especially in the higher lofts. The CBX 2 isn’t going to be for everyone, some players love the versatility and demand of a bladed wedge, but Cleveland found that there is definitely a market for a design like the CBX and its because of that