Cleveland Golf is introducing their newest version of the Launcher HB fairway wood and I was able to get it in hand as well as on the course for THP. Built in the past for power, speed has become a name of the game as well with the Cleveland Launcher HB Turbo. 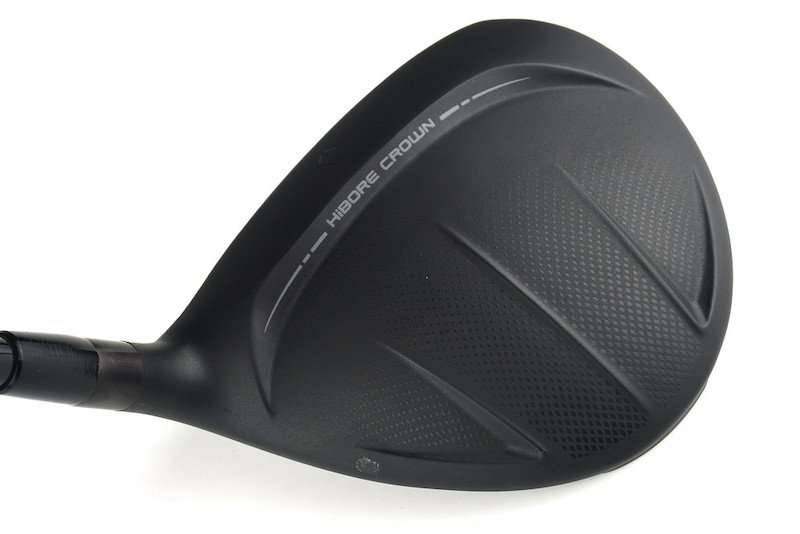 There are no doubts about the goals of the Launcher HB Turbo fairway wood. High launch, easy accuracy, ample forgiveness, though perhaps a bit higher spinning in its stock form than some might be looking for. Definitely fits in the Hi-Bore lineage with consistency and its boisterous sound at impact.

Cleveland Golf re-introduced their metalwoods two years ago with the Launcher HB, a combination of not just two names the company was known for in that realm, but also of modernized integration of the Launcher and Hi-Bore technologies. After all, when you want to create a club that goes high and straight, there were few that did it as well as those two blasts from the past. 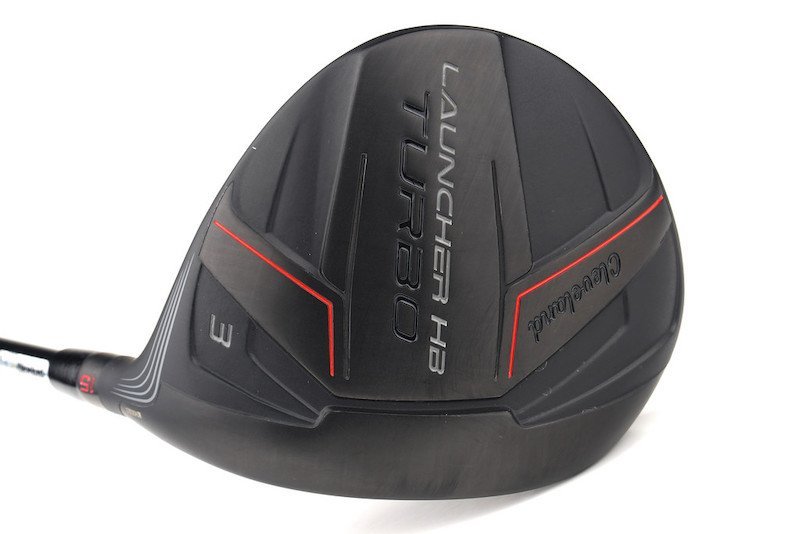 The Launcher HB clubs were a success for what they intended to do, I myself even picked up a 3W and gave it a run for a while based on the initial buzz that surrounded the clubs. Footprint wise, the Launcher HB Turbo 3W is, to my eye, spot on with its predecessor. This means it is a little on the larger size, which is great for what the club intends to do, be ultra-playable. That said, if you are looking for a super workable club with a compact look that inspires versatility off the deck as well as the tee, this might not be your cup of tea…though honestly those who look for those things are the vast minority of golfers, most want forgiveness and distance. 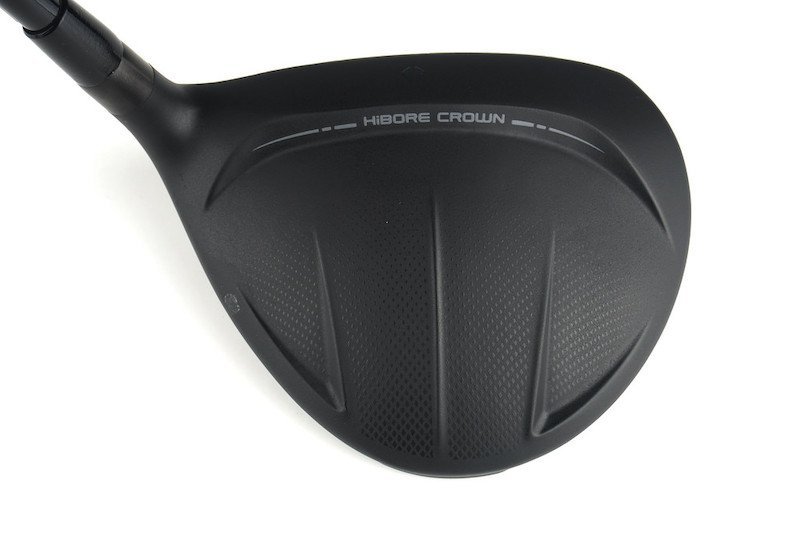 With the previous version, all eyes went to the Hi-Bore step on the crown, and Cleveland Golf wanted it that way as they even accented it with a white color to stand out. This time, the step is there once again, but thankfully it now has the same matte black finish as the rest of the crown and the simple text across the step in a muted grey allow the look at address to be much more toned down. You know the step is there, but it isn’t in your face. What is in your face though is the rest of the crown. To make the crown even lighter, thus being able to move more weight elsewhere and the CG (center of gravity) lower than in its predecessor. While it also looks aerodynamic oriented, to my knowledge it’s strictly weight and stability. 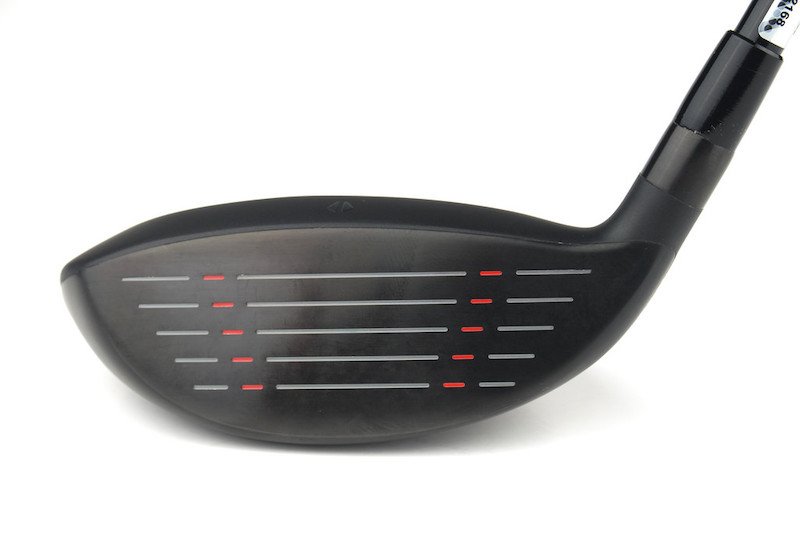 Beyond the looks, the sound/feel is what you could call, boisterous. Having played the previous Launcher HB and enjoyed the sound despite it being a bit hollow, I expected similar here…and I was wrong. The Launcher HB Turbo 100% earns the old Hi-Bore moniker based on sound alone as this one isquite loud. There is a resonance and echo to it at impact that lets you know that you have made impact with the golf ball. Naturally, your mileage may vary here, but there is nothing muted about this one. 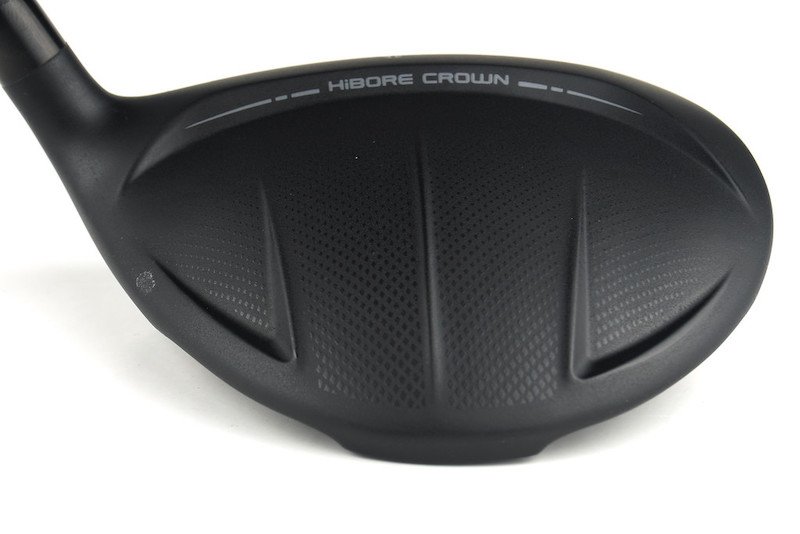 Whatever one’s feelings on the sound/feel of the Launcher HB Turbo 3W, the performance is exactly what Cleveland intended it to be. The Launcher HB offered high ball flight with straight distance, and the goal with the Turbo was to create even more speed. Utilizing what they call a “Turbocharged” cup face which offers variable thickness for more speed across the face, weight savings from the crown, an even lighter hosel, and a counterbalanced Miyazaki C.Kua shaft Cleveland believed they created a 3W with more launch, more speed, and more distance. Based on my time with the club, I think that has been accomplished, for the right golfer. 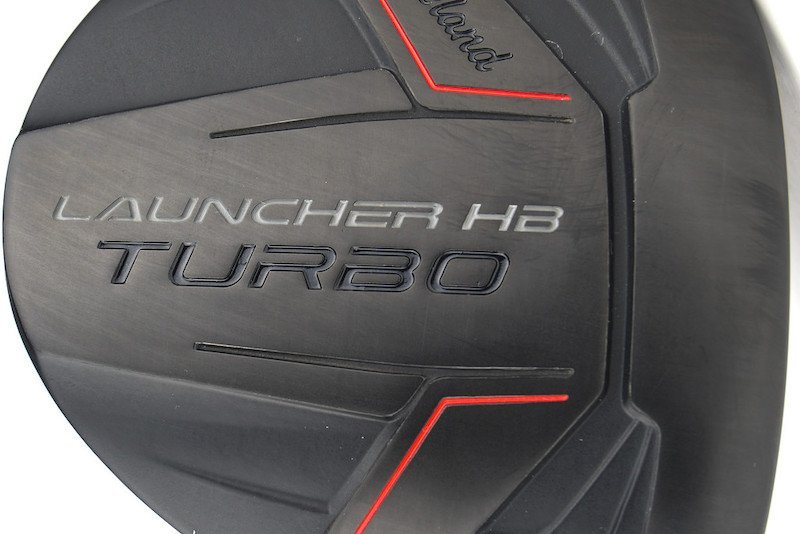 I spent time with the Launcher HB Turbo both on the course as well as the Foresight GC2 launch monitor to get a real feeling for what is going on with the design. The data recorded will follow this section, and I think they will show that though this was not necessarily the best fit for me, the club does indeed launch high and offered extremely good accuracy/consistency. Also seen in the data, the Launcher HB Turbo also spun beyond an optimal range for me but that is much more a fit issue than it is a club issue. 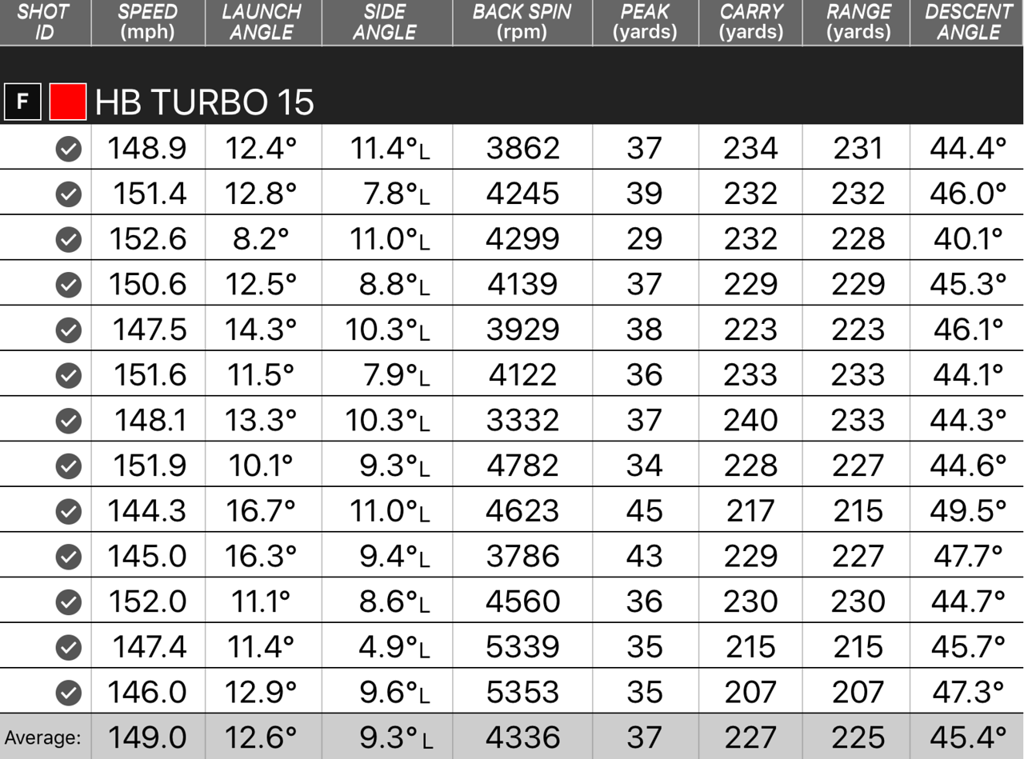 When putting the 3W through its paces, the overall opinion of the club is a positive one. I do think its deeper face and larger footprint make it easier to hit off of the tee, but I also had a lot of success off the deck which credit has to be given to the counterbalanced shaft allowing Cleveland to put more weight into the sole of the club while keeping the swing weight light. 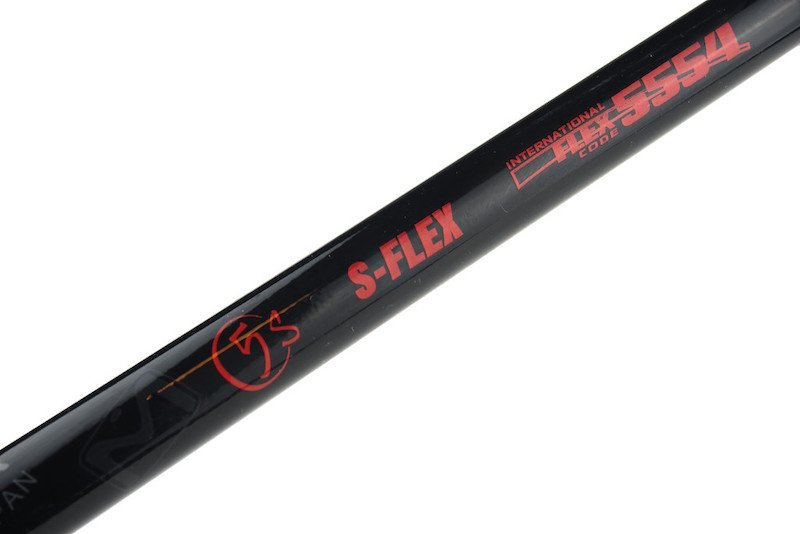 All in all, I hit the Launcher HB Turbo well and enjoyed the potential it should offer for other golfers. As I witnessed, this one offers extremely easy launch which is where most amateurs struggle the most with a 3-wood and because of that, it merits a solid look from those who struggle with their fairway woods.