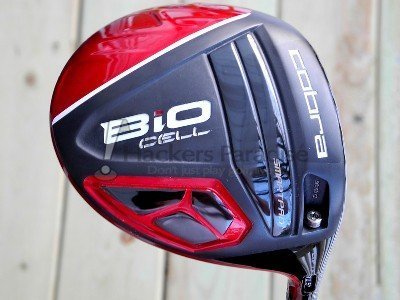 According to Cobra Golf, their 2014 BiO CELL driver features meaningful improvements to distance and forgiveness, along with new customization opportunities. 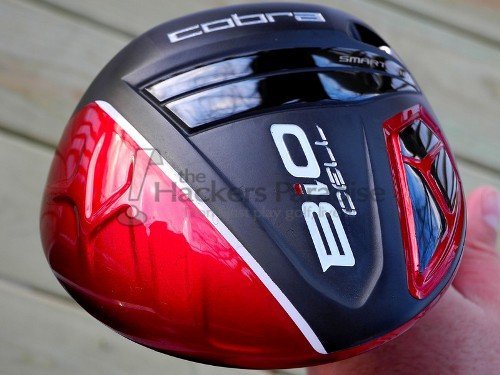 The all-titanium BiO CELL driver has taken adjustability, customization and pure distance to the next level. The BiO CELL Driver is equipped with MyFly8 and SmartPad technology that features 8 adjustable loft settings, allowing you to tune the driver for maximum distance to match your swing.

It also features New Crown CELL weighting and Forged E9 BiO CELL face technologies that reduce the weight in the crown and face to deliver a lower CG, higher MOI and faster ball speeds. The result? A much larger sweet zone™ delivering longer and straighter drives, even on off-center hits.

And of course, we have taken customization to the next level with five color options: Blue Aster, Barbados Red, Vibrant orange, Silver and new to the line up – Black.

The BiO CELL driver has one single head available that can accommodate a range of lofts from 9° to 12° (11° to 14° for women), which in addition to three “draw” settings gives the consumer eight different configurations to choose from. 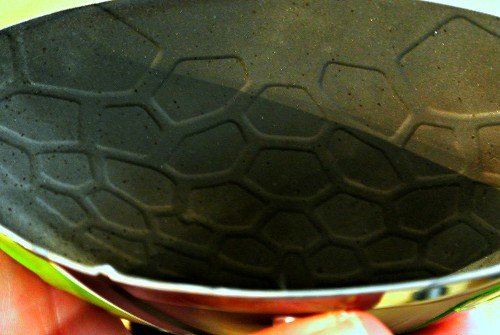 Bio Cells in the crown as well as the face allow for weight movement to other areas to increase overall performance. Movement of weight back and towards the heel has lowered CG and allowed for lower spin and higher launch while increasing ball-speeds, general forgiveness, and overall distances.

Rather than being just a cool name, BiO CELL actually denotes the primary technological improvement in this 2014 Cobra driver. The picture above, showing the underside of the BiO CELL’s crown, illustrates this new technology, which is essentially a way to reposition weight in the head for better performance. The empty space in the center of each cell is material that was removed and then moved lower and farther back in the club head.

Cobra’s e9 face has been widely considered to be one of the most forgiving on the market, and the addition of BiO CELLs (seen in the picture above) is claimed to have provided improvement to that.

A carryover from 2013’s AMP CELL line, MyFly8 features the same rotating hosel adjustment system that has become commonplace among modern drivers. To combat the issues of changing face angles, which can be unattractive to many people, SmartPad allows the user to maintain the appearance of a square face if the driver is soled at address. 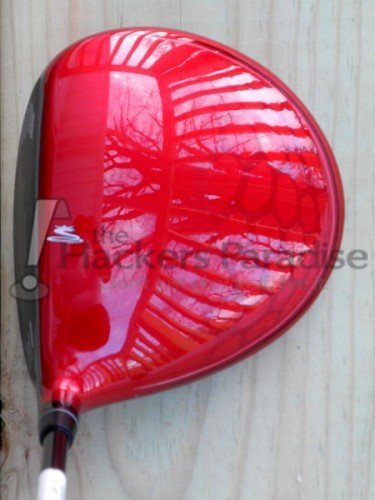 With a variety of color options, the BiO CELL will offer something for just about everyone, especially now that the more traditional black version is available. In Barbados Red, the driver is anything but subdued; though its fairly classic shape does impart a feeling of comfort at address. The club’s BiO CELL technology is indicated through a faint paintjob towards the rear of the crown that can best be described as ‘cool’. The medium-depth face is similar to past drivers under the AMP name; with a bit of an upward flare at the toe that in ways mimics the positioning of the e9 technology.

In hand, the BiO CELL is nicely weighted, with a swingweight that allows the user to feel the head both in the waggle and the swing. At 60g, the PXv shaft is typical of most modern stock driver shafts. Those that fear light weight should find comfort with it, though a fitting would be recommended to ensure optimal performance.

At impact, the BiO CELL imparts one of the more attractive sounds among 2014 drivers, one that reminded the tester of the Callaway Big Bertha in many ways. The feel/sound is quite a departure from the original, ultra-muted AMP driver from 2012, which was highly regarded, but personal preferences aside, it is neither better nor worse – just new and different.

The BiO CELL driver was tested both indoors on a Vector X launch monitor and outdoors. A number of different loft combinations were tested and the shaft used was the stock stiff flex PXv. 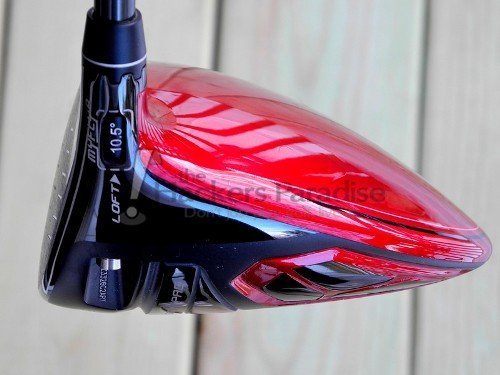 Launch monitor testing showed the BiO CELL has the potential to provide great all-around distance for a variety of players for a number of reasons. With ball speeds typical of other drivers, it appeared to offer middle-of-the-road launch angles and lower spin than anticipated for a ‘game improvement’ driver. With the MyFly8 technology, it was fairly easy to find a workable set of launch conditions, with the highest loft setting providing this tester the best combination of launch and spin. Due to lower spin rates, this is another driver that may perform best for many in a higher loft setting, so exploring all possible options is recommended.

Trajectory showed a fairly wide range of change depending on the hosel setting, but as advertised, face angle appeared to remain constant, even in the maximum range of adjustment. With a 12° setting, the BiO Cell provided a penetrating ball flight that was reasonably high compared to other drivers tested by the reviewer.

Even at 45.75”, it was remarkably easy to find the center of the face during testing, which was highly appreciated. On toe hits, a relative lessening of side spin was observed compared to some other 2014 drivers, and as a result, the tester’s dying hook miss was greatly reduced. While forgiveness was expected after experience with recent Cobra drivers, the level at which the BiO Cell performed was even better than anticipated. Those that are fans of the previous version may not find enough of a difference to justify an upgrade, but it is worth taking the time to find out in our opinion.

While shaft selection is deeply personal, the stock PXv performed well, both in feel and stability for an average swing speed in the 95mph range. As always though, THP strongly advises a proper fitting for any club purchase.

The beauty of a driver like the BiO CELL is that it allows the consumer numerous fitting options in one head. This eliminates some of the confusion surrounding which loft to purchase and instead focuses attention on fitting through adjustment and shaft options. With a variety of different looks available, almost every consumer should be able to find a suitable aesthetic option within the line, barring those that require a strictly traditional look. Unexpectedly, the BiO CELL proved to be a lower spinning option than anticipated, but within reason and certainly playable by a good portion of the market with the right loft setting thanks to exceptional forgiveness. More information on the BiO CELL driver can be found on Cobra’s website, www.cobragolf.com.