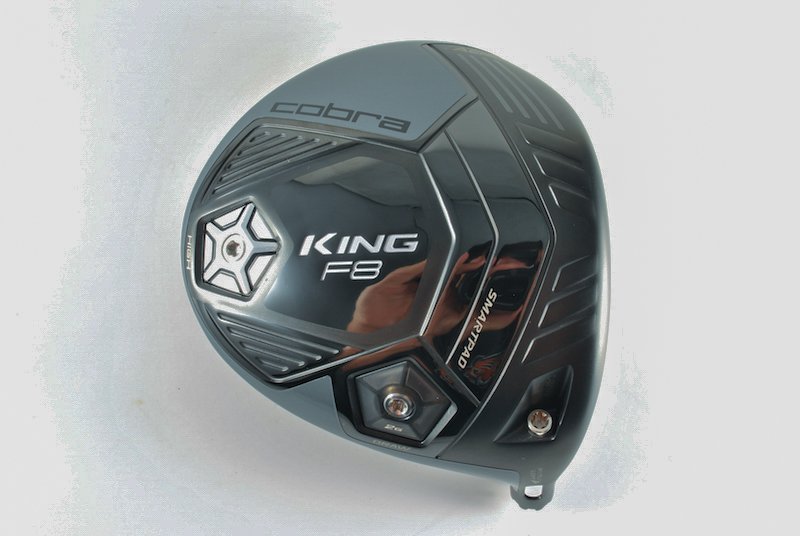 This is a very important year for Cobra Golf, maybe not in a make it or break it way, but more because with the F8 lineup they managed to receive more pre-release buzz than we have seen from the brand in a very long time. Even more than that though, the technology is there to deliver on the buzz and they have the potential to finally make some noise, particularly in a such a top-heavy driver market.

THP was able to spend some time with the new F8 Driver in Nardo Grey paired with a Project X EvenFlow shaft setup to see just what Cobra has brought to the masses.

Cobra on the F8 Driver:

5 to 25 handicap golfers with moderate to higher swing speeds. Its oversized shape makes it ideal for those seeking a more forgiving profile and improved distance on mis-hits.

WHY WE MADE IT

In golf, technology and tech terms are typically the buzz words that drive any and all attention that a release gets, and with the F8 Cobra has got a lot of them. To better understand just what it all means and does, it’s worth discussing them in their own section. 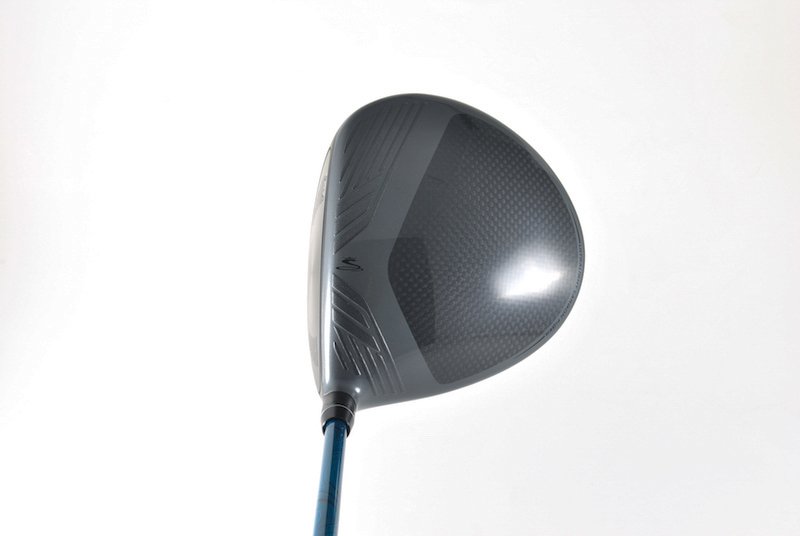 The first piece of technology to discuss is also the one that Cobra is pushing the most with the F8, the CNC Precision Milled Face. Again, we see a forged titanium face featuring Cobra’s elliptical E9 Technology (which is STILL one of the absolute best on the market), but this time rather than traditional hand polishing to finish the face, they decided to use CNC milling. What does that mean? Well, by literally machining the face you not only get some fantastic looking mill patterns that are a visual technology standout, but it lets them make the face even thinner and more consistent. The goal here is being thinner = faster, and faster = longer. In testing on the Foresight GC2, this was validated in ball speeds, not on center strikes where YouTube golfers make their living, but rather across the face laterally and vertically where mere mortals are at more than we care to admit. But just how much of an increase? Well, though results will vary user to user, this reviewer saw an average retention increase of 0.9 MPH, good for a few yards. 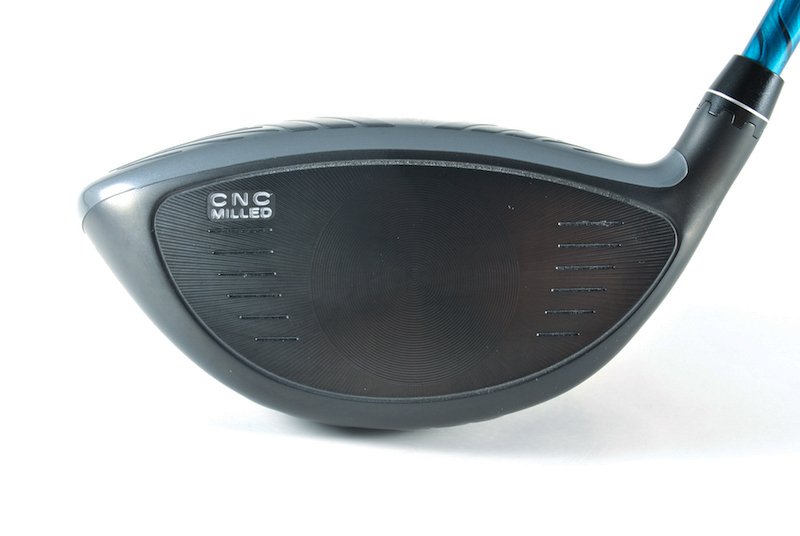 For as touted and talked about as the CNC milled face is, the Dual Roll Technology which that milling process has afforded the Cobra design team is far too under the radar, particularly when another company out there is hanging their 2018 hat on a similar concept. Dual Roll is just as it sounds, while all driver faces have some amount of constant bulge and roll (face curve) Cobra has implemented two different curvatures. High on the face there is more, and lower on the face the surface is flatter, both of these have the common goal of maximizing the launch and spin characteristics (gear effect) of shots hit on those portions of the club face. The reason it should be discussed more is because during testing the directional consistency on misses (exceptions obviously being those so egregious in path and face angle that nothing will help) was, outside of the feel/sound, the most discussed aspect of every user whose hands the club was put into. No, it won’t eliminate a miss, but when you can remain closer overall to the centerline while also maintaining more playable launch and spin on the extremities of the face, it should garner a lot more attention. 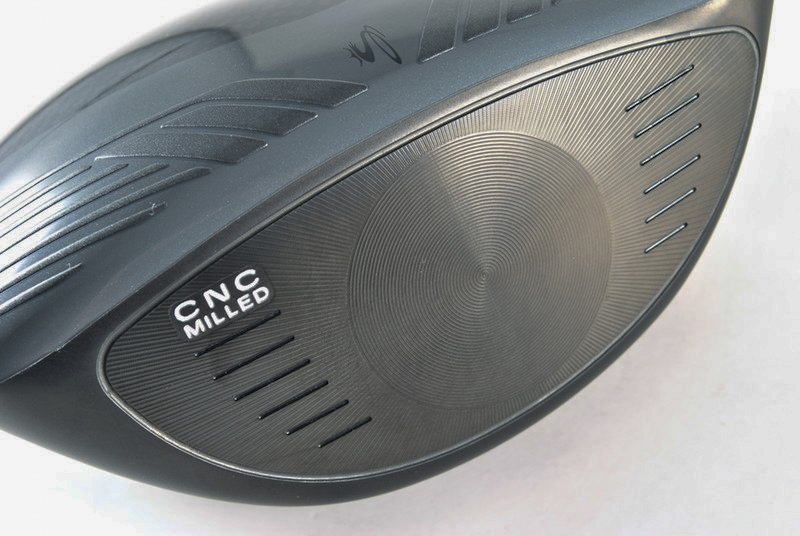 Cobra was not done with just a pretty face though, they also understand that the biggest one of the hottest battlefields in clubhead design is aerodynamics. The F8 drivers feature 360° Aero Technology. Basically, they took a look at the design from all angles and tried to improve its ability to reduce drag and increase speed potential. From address, the leading edge of the crown features strips made of polymer which are lighter than the raised titanium sections some others use, and because of that Cobra claims the center of gravity is not shifted as with the other clubheads. In addition to weight savings creating speed, drag is also reduced by placing the polymer strips in specifically tested locations. Similarly the same type of design is used on the leading edge of the sole for the same intent and purpose. It is interesting that aerodynamic design features always draw a mixed reaction of belief and doubt, do they work here? For this reviewer the F8 tied for highest clubhead and ball speeds created for his swing.

We would also be remiss to not mention that Cobra Connect has returned this year with the F8 lineup of drivers and this time there are a lot more grip options for those ordering a driver. Additionally, one can order the club without Cobra Connect should they want to. That said, don’t expect to see this feature (which is still no upcharge) to go anywhere soon, in fact, it is expanding throughout the F8 lineup beyond just woods. Smart move by Cobra, literally. 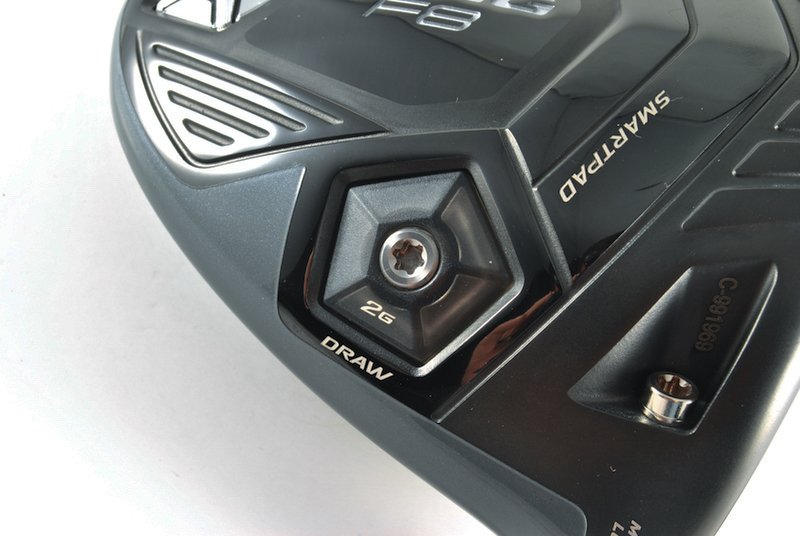 The F8 is the larger of the two drivers within the lineup, Cobra actually refers to is as an “oversized profile” but that is going a bit too far. Previously, the non “+” models within the Cobra offerings indeed had an oversized feeling to look down at, particularly front to back, but the F8 is much more subdued than in the past.

At setup, there is a lot going on. The aforementioned “Aero 360” tech is ever present amongst a two tone crown with a leading edge that contrasts the full carbon fiber rear. When we first saw the F8 it stood out to many, this reviewer included, as very similar to another driver on the market. The promise was that in hand opinion would change, and it did. Offered in both a black that blends the leading edge and rear of the crown together stealthily, as well as a “Nardo” grey that showcases the contrast, the tech is visible, and it looks mean behind a golf ball.

The star of the show is the CNC Milled face however, the pattern differentiating the “sweet spot” and outer edges of the face looks wicked in any light. Though the design could have been cleaner without the “CNC Milled” engraving in the upper corner of the face, the eye focuses on the center circle so it managed to not take away from just how pretty the whole thing is. Additionally, the face is great at indicating where strikes on the face are/were, maybe even more than usual thanks to the milling. 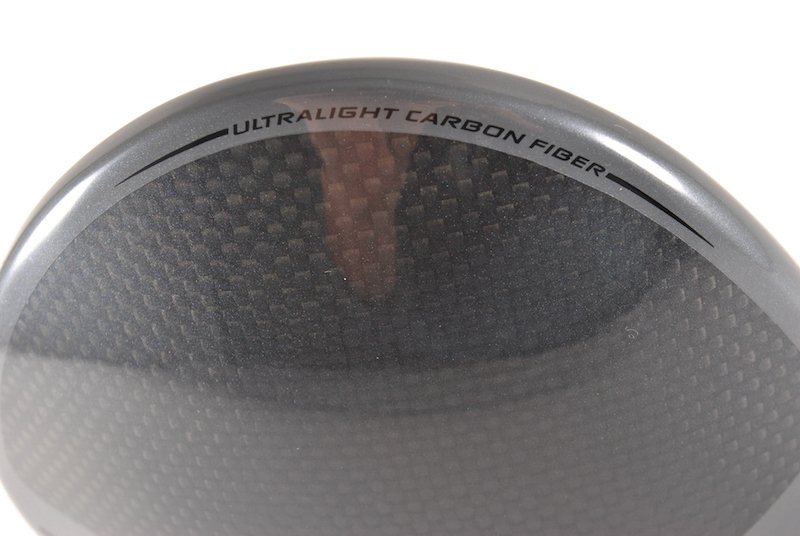 The sole rounds out the package with some sharp angles and text that bring some continuity to the design rather than trying to do too much. The gloss finish also draws the eyes to the weighting system, which in the F8 are two ports, back and heel. Again we see a change in the weight shape which will bother some as it’s happened every year that weights from past models (F6, F7) won’t work and swing weight adjustments will have to happen via additionally purchased weights from Cobra. The MyFly adapter with its loft window and the SmartPad blend seamlessly into the design and let the new tech stand front and center while themselves remaining integral pieces of the performance package.

The F8 looks good, and they did it without all the colors of the rainbow. Well done Cobra.

Right to the point, there is a whole lot to come away impressed about with the F8. Immediately the sound/feel stands out as being as good as any other driver out there, and arguably the most solid yet powerful acoustics Cobra has managed to-date. One cannot help but believe it’s the blend of how much carbon fiber is in the crown combined with the new CNC milled face, but no matter the why, every person who hit the F8 during review commented on how mean it sounds at impact.

More importantly, the accuracy of the F8 has the potential to change some outlooks on Cobra. As referenced in the technology section, the E9 face and CNC milling are the stars allowing for a face design that produced attention grabbing numbers. Overall the ball speeds were up all across the face, but add in the Dual Roll face now and the launch and spin retention on misses further away from center seemed to help keep the ball in play more. Additionally, the ability to fade or draw the ball is still there, even if the head itself leans more neutral-to-fade biased. 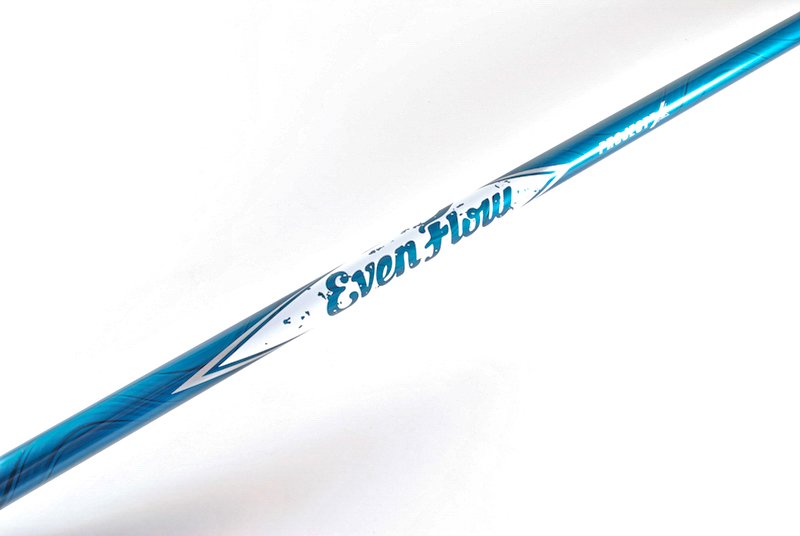 Using the Foresight GC2, the launch, spin, and speed was tracked throughout the review. As noted already, ball speeds were quite good, in fact the F8 managed to be the first Cobra driver this reviewer has hit to produce speeds that were as good as any other driver out there. It is worth noting that the F8 also produced much lower spin than anticipated entering the review, though results will vary based on swing, as a lower spin player RPM’s below 2,000 were seen on average. It is in part because of that, that the launch angle was also a bit lower than expected, at 10.5° the average was a 9.8° launch angle. Here, it is important to discuss these findings because as the reviewer is a lower spin player by nature, it shows that the F8 is more than capable of being a lower spinning driver head for a LOT of swings and hopefully that will help to finally destroy the connotation that the “non +” model is “spinny”.

As has been the case for a while now, Cobra’s MyFly adapter is one of the lightest on the market which helps them in the clubhead design department, but more than that it continues to be intuitive. Allowing, in this case, one head to be adjusted from 9°-12° in eight different settings, including draw, is as effective as it gets. As mentioned, the F8 sets up neutral but it does have some natural draw weighting to it based on what was seen in testing, as well as the placement of the two weight ports (back and heel). Based on GC2 data, when the weights were adjusted with it heavier in the heel, the draw bias increased as expected and also knocked down the launch 0.4° on average, where moving the weight back increased the launch and created an extremely neutral flight. The adjustability here is simple, but as has been the case for a long time now, it works, period.

The objective of any good review should be to dissect and discuss what the clubs claims are, and what performance is seen from them with the end goal of helping readers decide what to go out and try for their game. With the F8, Cobra has created a remarkably complete driver with both a tech and performance story. Moreover, thanks to a variety of stock shaft options (not made for) as well as other no-upcharge choices combined with loft adjustability, they have a driver that can be tweaked, tuned, and fit to the individual. This is a good step for Cobra in an important year, and it is a driver that won’t go unnoticed.

For more information on the Cobra F8 diver and the rest of the F8 lineup, be sure to check out www.CobraGolf.com. Looking for a chance to pick this up at a discount price? THP has a Budget Golf coupon on the right side of this page and you can find the F8 driver on their website here.