2016 has been a busy year for Cobra Golf with multiple lines, the return of the legendary KING Cobra namesake, and a lot of buzz for the performance of their equipment. Even still, the company is not resting on their laurels as a collaboration with Cobra-Puma staffer and PGA Tour superstar Rickie Fowler has led to the creation, and now subsequent release, of the KING F6 Baffler fairway wood. 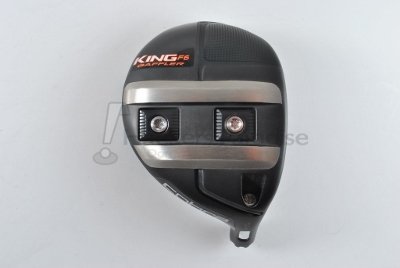 THP was able spend time getting to know the new Cobra KING F6 Baffler fairway wood in its stock configuration for this review.

What is in a name?

This release from Cobra is interesting not just because of the collaboration with Rickie Fowler and resulting decision to bring such a specialized club to market, but rather because we could very well be seeing a return of the Baffler name to a more upper tier release. Many golfers likely recognize the Baffler name only from the SGI lines released in recent years and don’t fully realize that the Baffler and its rails put Cobra on the map in the early days of the company. The T-Rail technology is a proven one, and seeing it return to a prominent release for the company is a big deal, plus it is absolutely a logical move for Cobra to embrace the design ideology that started it all for them, just as they have with the return of the KING moniker. 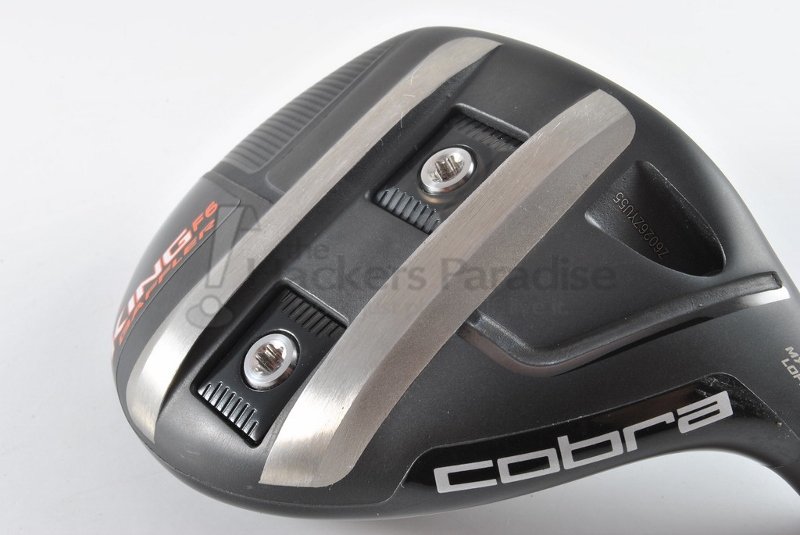 When Cobra was working with Rickie Fowler to design the KING F6 Baffler the base design came from utilizing his Bio-Cell+ fairway wood and literally welding rails to the head. As such, it is no surprise that the overall footprint is definitely on the small side (147cc vs 172cc in the F6), one of the smallest fairways released by a major OEM recently to be exact. While you can clearly see a lot of Bio-Cell+ in the profile, there have been some pretty significant design changes as well. 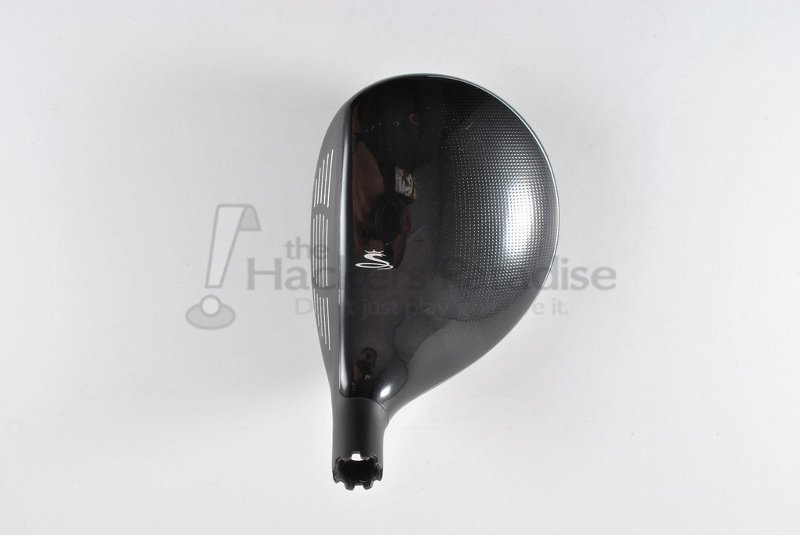 First and foremost, the “T-Rail” design has returned, and aesthetically it is eye catching. The sole is adorned with two large rails running parallel to each other and they draw the eye to them not only based on their geometric shape/location, but because Cobra has gone with an industrial looking brushed metal finish that is a stark contrast to the rest of the head. Additionally, between the two T-Rails Cobra has utilized an adjustable CG (center of gravity) system on the F6 Baffler with 15g and 3g weights, similar to other designs, the heavy weight in front leads to a more forward CG (penetrating flight), and placing it in the rear moves the CG back (higher MOI and launch). The rest of the head is finished out with a combination polished and satin paint scheme that blends seamlessly with the rest of the F6 lineup, a simple yet savvy move to keep a look of unity throughout. All in all, the KING F6 Baffler is a very sharp looking release from Cobra that will grab some eyes immediately, both for the size and the general aesthetics of the design/tech. 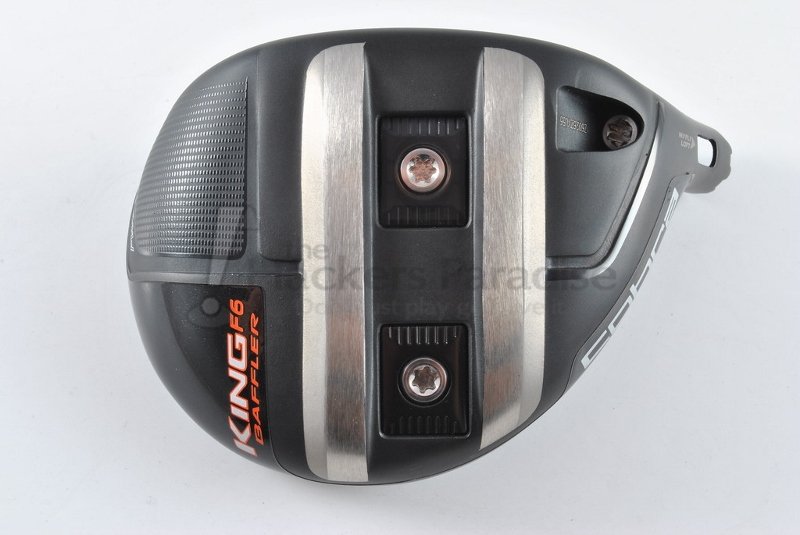 As with every club, sound/feel is always going to be one of the most subjective areas, but there is still much merit to breaking it down. The KING F6 Baffler is fairly distinct in this area as both the smaller size and face design lend to it possessing a quick, sharp, metallic “tink” when hitting shots. There are however, typically two types of metallic sounds in metal-woods: Hollow and solid. The F6 Baffler falls into the latter category. At impact there is the metallic sharpness, but it is very solid and concise across the face, and really plays into the sensation that the ball is being propelled on its trajectory quickly, without the deadened feeling that some of the larger fairway woods possess. 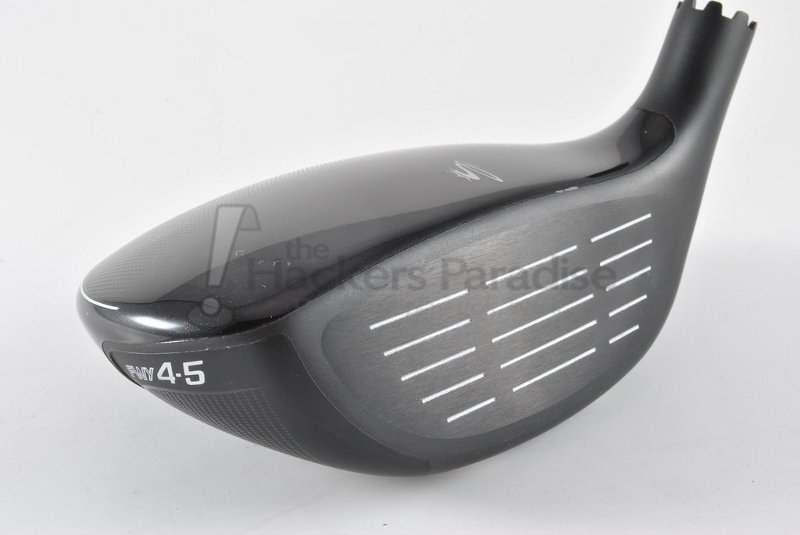 The Cobra KING F6 Baffler is paired with the Matrix 65Q4 Red Tie as its stock offering ranging from 66g to 71g depending on the flex profile selected (A, R, S, X). The Red Tie itself is the mid-launch option within the Matrix Flight System (MFS) and should fit a broad portion of golfers as far as the bell-curve is concerned. Additionally, the new Baffler utilizes Cobra’s My-Fly technology allowing the club to be tweaked from 16° to 19° with three draw settings.  When combined with the shaft playing at a much more manageable 41.75” it definitely falls into the 4w or 5w category which Cobra has slotted it. 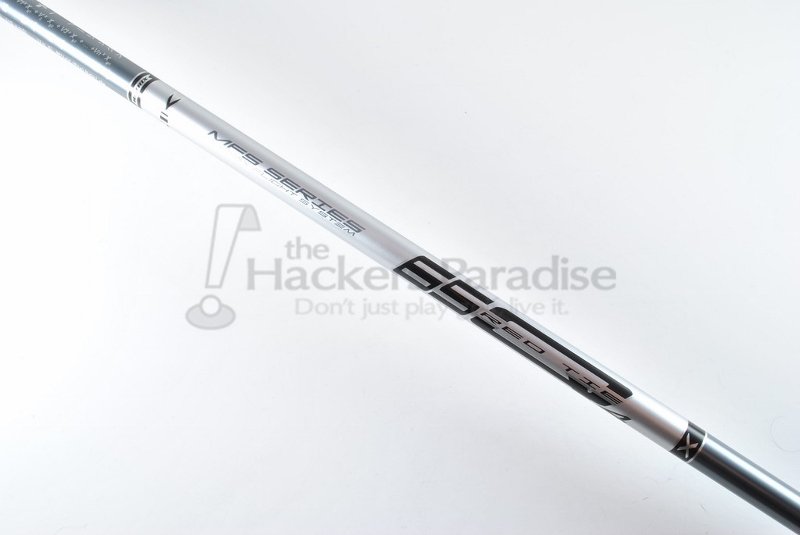 On the course and range this reviewer played the F6 Baffler in all different loft and weighting configurations in order to get a feel for just how the ball flight would or would not be affected. Once again Cobra’s My-Fly adapter proved to be one of the most effective on the market. Time spent gathering information on a launch monitor did show the loft increments altered the launch angle and peak heights that the club reached. Additionally, to the eye the draw settings did in fact impart a more right-to-left type of ball flight, while in its neutral orientation the club does tend to play a slight fade biased for this reviewer.  Keep in mind though, different golfers have different swings. 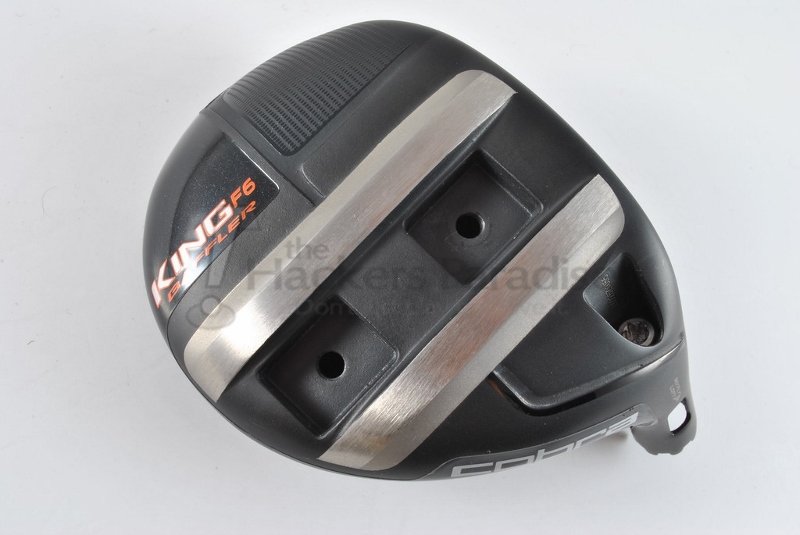 In terms of the adjustable weight ports in the sole, the difference in ball flight was not as significant as originally anticipated.  Given the compact footprint of the design though, the weight movement technology really isn’t as substantial as in Cobra’s drivers. With that said, the difference was still noticeable on the launch monitor loft for loft, so it definitely does work. Where it shined most during review was in the effects on misses with the 15g weight (heavy) placed in the back weight-port. In fact, the tilt of the spin axis was reduced a good margin which lead to more playable misses overall. However, it does bear keeping in mind when discussing forgiveness here that this is a very small footprint, and with the smaller face profile, misses laterally and vertically can be much more penal compared to the larger footprints we have become accustomed to seeing today. 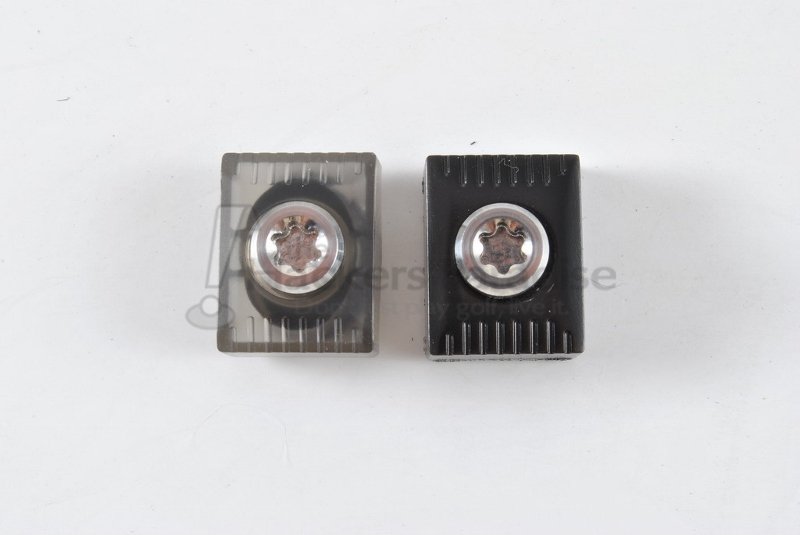 When working through the different loft and weight configurations this reviewer saw what would be considered a mid to mid-high ball flight with the peak apex averaging 24y at its lowest and 31y at its highest. From the tee the F6 Baffler produced a generous amount of roll which made it increasingly playable distance wise as a tee club. In fact, just as the Bio-Cell+ fairway did, the F6 Baffler showed a surprising overall distance potential. When hit off the deck finding the user-appropriate loft and weight configuration really effected its playability and showed that there is a lot of opportunity to really tune things in to meet specific needs/wants. There is no denying that for the majority of amateur golfers this is a profile that is going to demand more mentally than the larger options out there. That said, for the players who really make use of hitting different shot shapes and flighting their fairway woods with specific goals in mind, there is ample opportunity for that with the KING F6 Baffler. 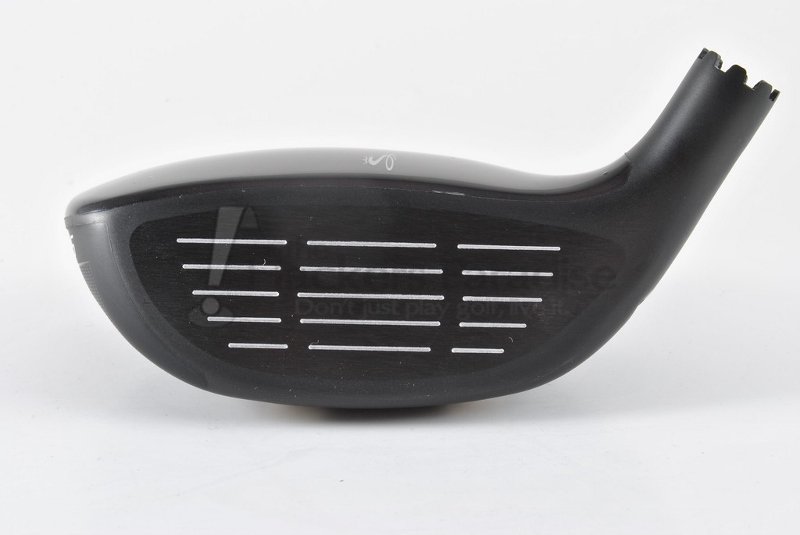 Since the Baffler by design is focused on maximizing versatility, it is only fitting to break down the performance of the new KING F6 version in that category separately. Point blank, the rails work, something that shouldn’t be a surprise to anyone. The primary objective of the Baffler T-Rail sole is gliding through different turf/debris situations and keeping the club face on path towards the golf ball preventing the twisting and deflection that can sometimes occur. From the tee, the rails play no real factor unless a user wants to tee the ball extremely low in order to hit that knockdown/stinger in which case the turf on tee boxes played exactly like that of the fairway and provided no disturbance to the path of the clubhead. The rails shine the most from the rough as they did a great job of allowing the club to finish its path. One area where there were some issues though, was off of true hardpan, because the rails glide on top of that lie the ball was struck slightly lower than center mass on the clubface which resulted in a decreased launch angle, though dispersion was not adversely affected. 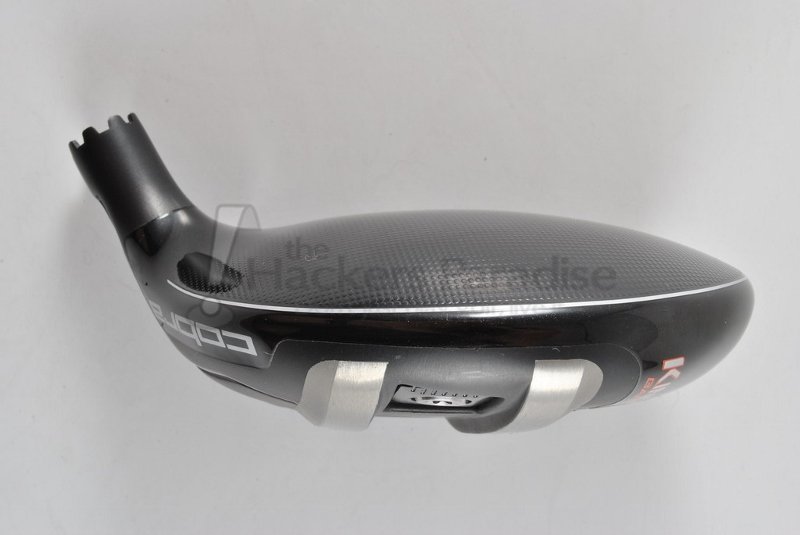 In recent years Cobra Golf has made it clear that they are on a path of innovation with the goal of producing the absolute best lineup of clubs possible. That mindset is evident with the KING F6 Baffler as they have taken a concept done in coordination with one of their PGA Tour players and fast-tracked it making it accessible to golfers of all skill levels. Cobra has not only revived a namesake that is central to their roots, but done so in such a way that the versatility will stand on its own. The F6 Baffler is a fun club with quite the story to tell, one that is likely just beginning.

The Cobra KING F6 Baffler has a price of $239.00 and more information on it and the rest of the F6 lineup can be found at www.CobraGolf.com.