Earlier this year THP got a chance to review the RX lineup from Cure Putters, and that review can be found here. For those who remember, the RX line offers an extreme amount of adjustability, but to many the industrial design and size are just a bit too much to overcome. To compliment that line, and to make a product that could be more appealing to the masses, Cure has what they refer to as the Classic Series (also called CX) putters, which is the line in the spotlight today thanks to some time with the newly released CX4. 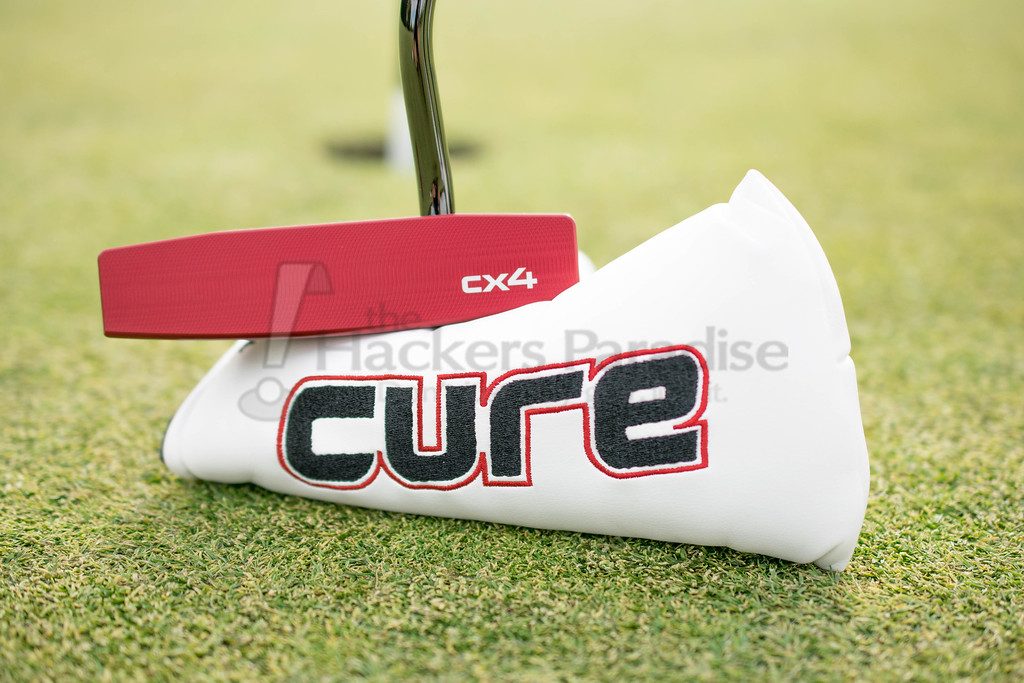 Let’s be honest, the oversize design of the RX line is not for everyone, and to some it’s an immediate turn off. Recognizing this, in 2016 Cure developed the CX lineup to offer a bit of a softer image, with more traditional head shapes. Where the RX line offers a putter blade that ranges from 5.25” all the way up to 6”, the Classic Series delivers a consistent 5” length. By presenting just one size option here, it gives golfers a more uniform look at address so now the choice rests more on shape. 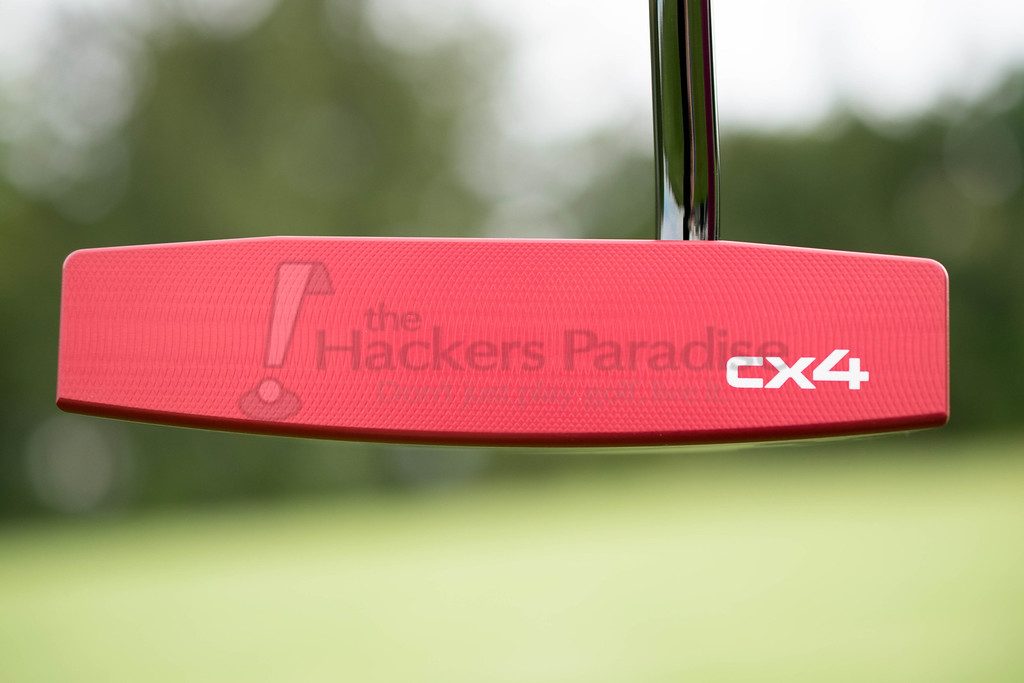 With the recent introduction of the CX4, Cure builds upon their mallet offerings, showcasing a different flange design than the one presented in the CX3. Whereas the CX3 is a fully rounded mid-mallet shape, the CX4 features a rounded cutout, giving it more of a half-moon shape. Also, by having this space, it presents a look that shows the heel and toe sections being further back than the center. It also helps push some of the weight to those areas, creating a very stable putter head, which certainly comes into play on shorter putts.

Cure has decided to stick with the same T-Bar alignment system that is utilized in all of the CX and RX putters. This alignment system has proven to work rather well, as it offers three white lines on the flange to go along with one white line across the topline edge. Since the CX4 color that was reviewed was red, the white lines did a great job of popping out against the base paint. As for the white line featured on the topline, it does a really nice job of helping keep that putter face square before making a stroke. With putting being a game of inches, having a consistently square face is one of the many keys to finding success. 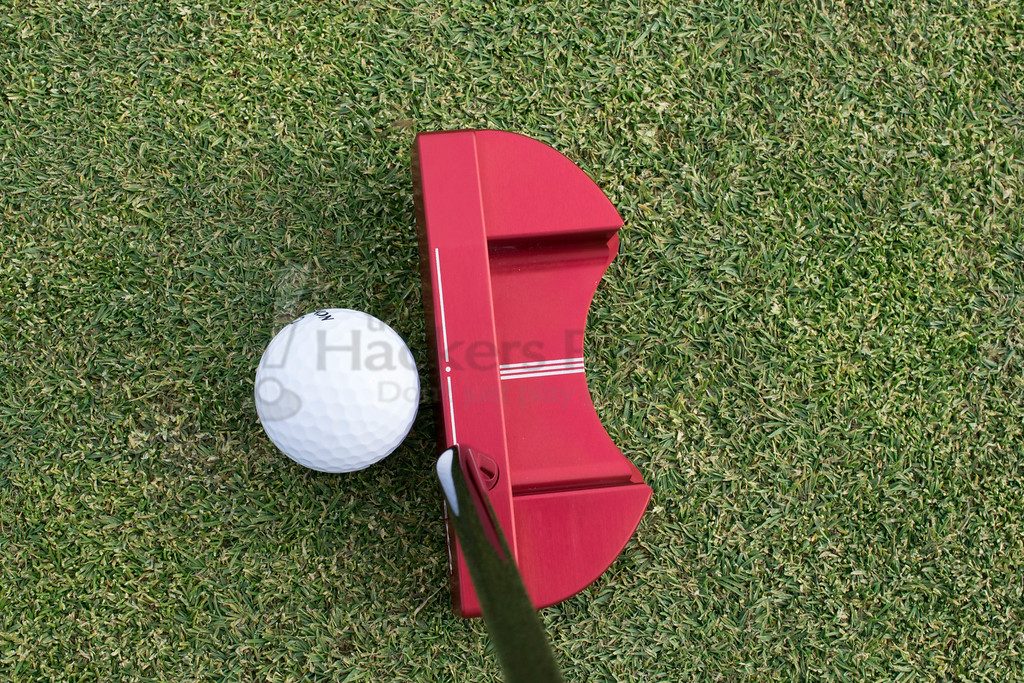 Cure offers the CX4 in two different colors: black or red, with red being the model shown throughout this article. Red has seemingly been the big trend on tour over the past year, and many might feel that Cure is just jumping on the bandwagon, however, when Cure first came about they offered many colors for their original designs, which included red. With that in mind, it is nice to see the company keep the color in their repertoire.  On this head, the red has a very pleasing appearance, as it’s not too bright or flashy, but instead a bit of a deeper color. Pairing it with the optional black PVD shaft offers a really stunning look. Just be aware that going to this shaft will cost an additional $25.

By offering the ability to alter its weight by 48 grams, much of the performance aspect of the CX4 comes down to finding the most comfortable head weight for ones putting stroke. Even though the weight range does not approach that 250-gram gamut that the RX4 offered, it still presents the ability to adjust the head weight enough to get a different feel throughout the stroke. All of the weight adjustments are made on the sole, as there are eight different weight ports on the heel and toe sections, each housing a 6-gram screw. These screws can be added or subtracted by using a hex, or Allen wrench, which Cure kindly includes. 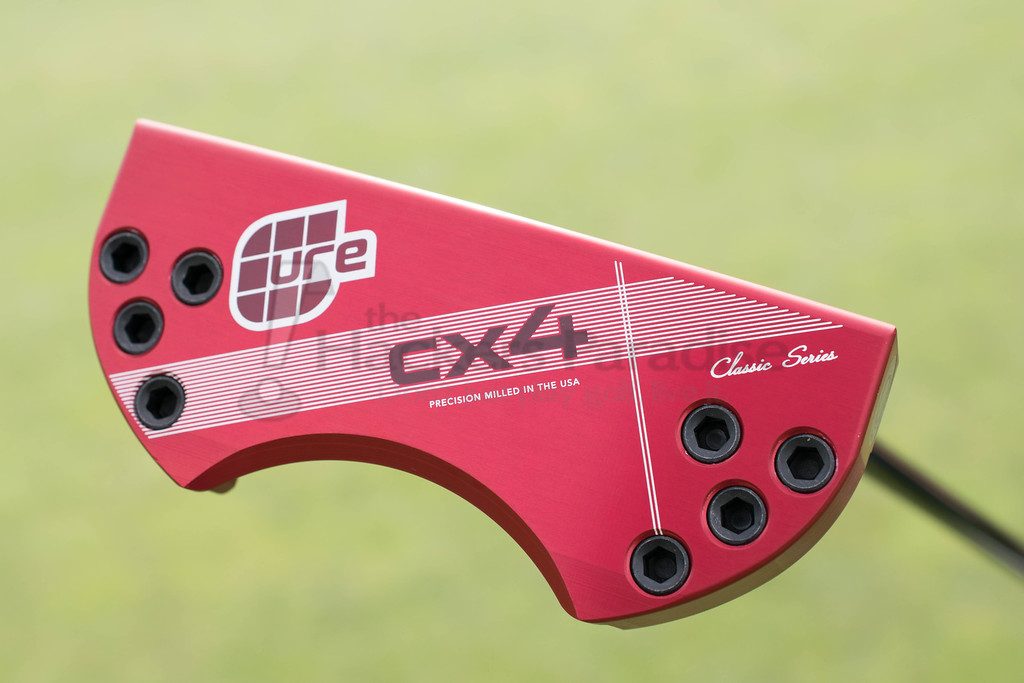 Upon finding a preferred weight, the Cure CX4 showcased its MOI proficiency against other putters, some of which were mallets that carry with it an increased MOI design against their bladed counterparts. With a blade length that is 5” long, there is a lot of space to make contact with the ball, and thanks to this extra MOI, the difference between making contact in the dead center of the face, and a bit off center is not nearly as exaggerated in terms of speed and line, as one might see on other shapes. In fact, on long distance putts the consistency that this putter shows off is rather impressive. After all the time spent with multiple Cure offerings, there is a belief that while the Cure putters might not cause one to necessarily make more putts, it shines in eliminating those extra strokes taken during a round. Longer putts appear easier to two putt, and short putts becomes a matter of just getting the ball started on the intended line. With the dimensions that it carries, the CX4 isn’t a club that one would refer to as plug and play, because there is a bit of a learning curve, mostly because of the size and weight options. However, once those two things are dialed in, the CX4 can become a putter that is hard to remove from the bag. 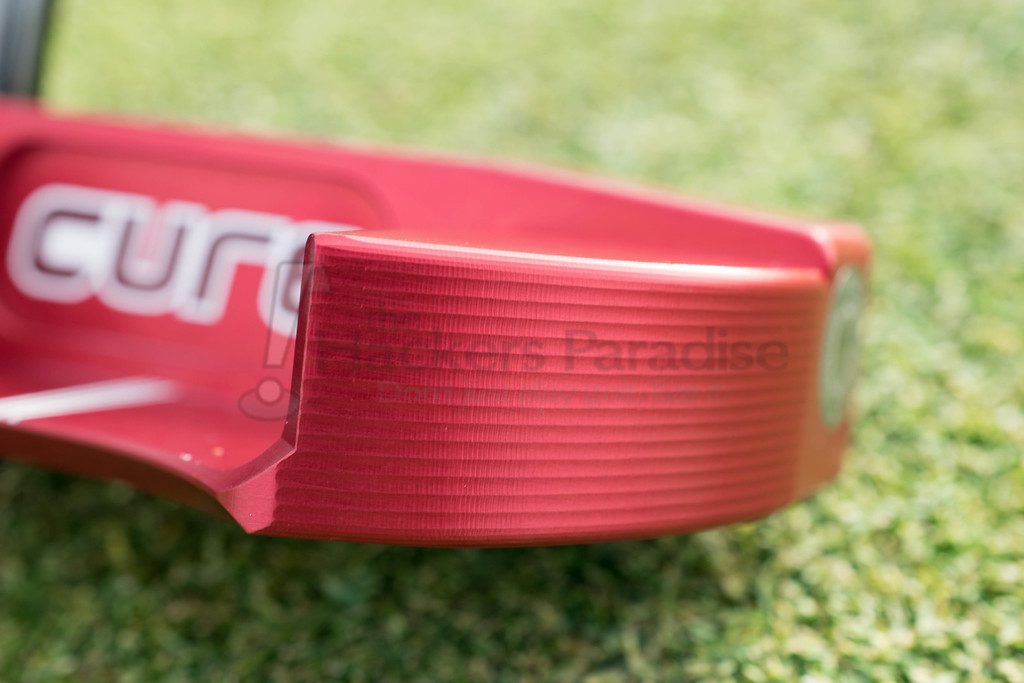 Along with the shift in MOI properties, the addition and subtraction of the weights alter the sound profile. Playing at its lightest weight, the putter has a louder “tink” to it, while at its heaviest the sound is much duller. Audible tones used to be a big discussion point surrounding Cure Putters, however the CX line has really never suffered from those negative opinions.  As was mentioned in the RX review, Cure has done such a good job of transforming the sound that it is no longer a point of contention. 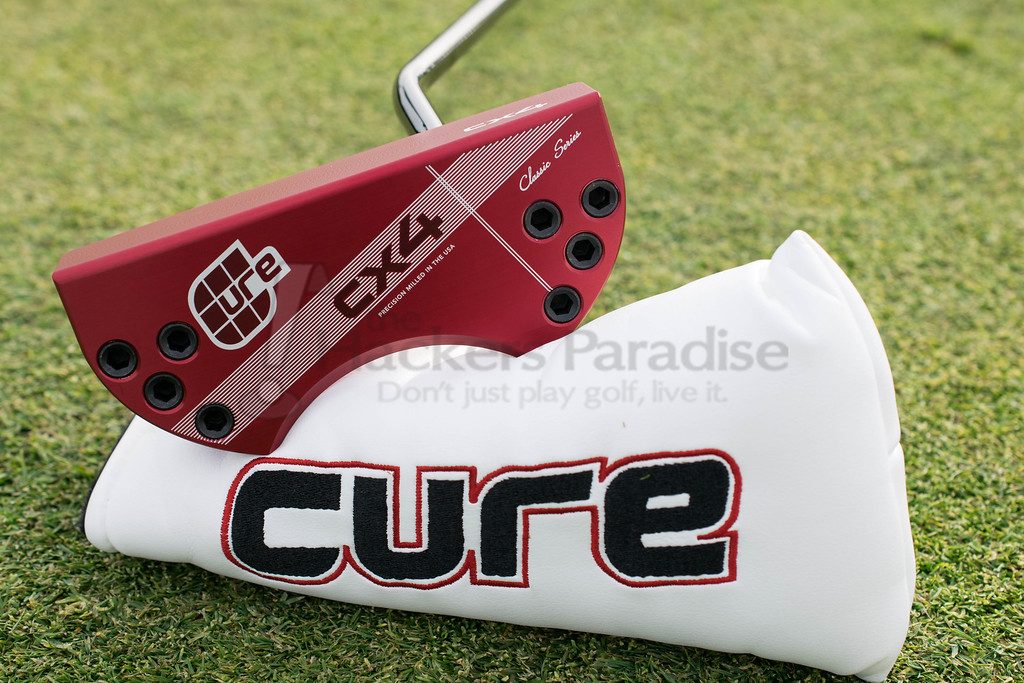 Being at the forefront of the high MOI revolution in golf, there comes a time to ask, “What is the next step for Cure Putters?” That was certainly a question we asked the last couple of years, and the next steps have been extremely promising. After the original batch of the RX putters, Cure really turned their attention to some finer details. As consumers, we saw them turn to a spiral milled face, some finer laser etching, as well as some other small milled enhancements to each design. Expanding to the Classic Series was a nice step forward, and in 2017 the addition of the CX3 and now CX4, have really given Cure a nice variety of options. For the Classic Series, changes such as center shaft options, which is not available yet on the CX4, are something that we could see more of going forward. With other companies offering quite a bit in terms of hosel design, it makes one think if that is the next step forward in the CX lineup. Without getting too far ahead though, the current crop of CX putters, including this CX4, offer some weight adjustments and different shapes in a high quality forgiving putter. Anyone who tends to struggle with speed consistency could do their games a lot of help by checking out one of these offerings. Pricing for the CX4 comes in at $299, which is consistent with the other putters in the Classic Series. More information on both the RX and CX putter lines can be found at www.cureputters.com.