Real being real, the Epic Flash release last year was a smash for Callaway. The performance was there as always, but the technology involved was revolutionary, and while some out there will yell to ‘get off their lawn’ with me saying that, its true, Flash Face and it’s A.I. creation was and is revolutionary. With that in mind, lets get it out of the way that the MAVRIK lineup is NOT a replacement for Epic Flash. At the exact same time, it is technically a line replacement for the Callaway Rogue, but I must emphasize to you all that a line replacement does not in any way shape or form mean it is a rehash of what the Rogue was. Heavy emphasis on shape.

Love or hate the name, MAVRIK represents Callaway’s mindset when it comes to R&D, always being on the advance and looking to push the envelope. The name won’t be for everyone, but when you get rid of the caps and trendy spelling, it’s a name that makes a lot of sense.

The mentality for Callaway with the MAVRIK drivers, fairways, and hybrids can be summed up in one of their taglines, “Performance that defies convention by overcoming inherent tradeoffs of ball speed, aerodynamics, and forgiveness”. Making it simpler, thinking further outside the box than anyone else is, and frankly it’s all possible because of what the company’s heavy investment into A.I. has done for them. 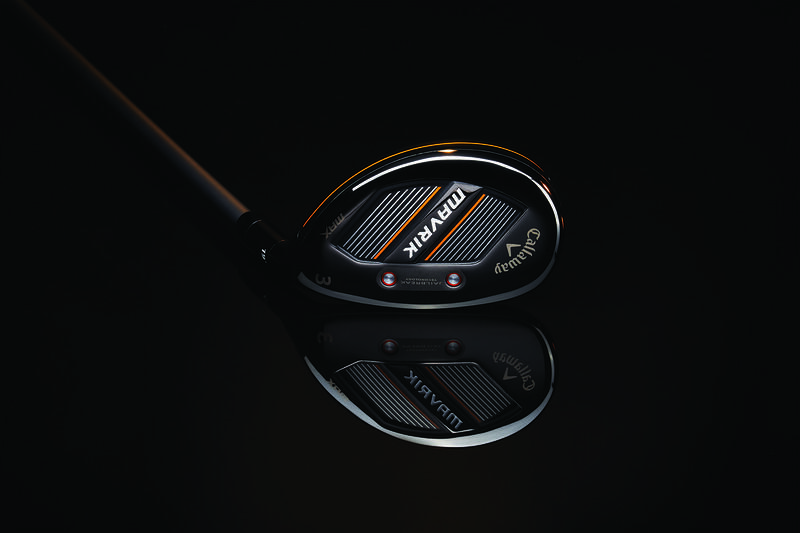 Right out of the gates, yes, Flash Face makes its return, and in its second go round, Callaway’s A.I., according to them, has become even more efficient.  In just two years they are doing things with it they didn’t think ever possible. The new Flash Face SS20 is 6g lighter overall, and now implements FS2S titanium instead of the traditional version of titanium as the base material. However, the kicker is two-fold, not only does each head have its own unique FF SS20 design, but also while traditionally drivers, fairways, and hybrids get their forgiveness from the body, Callaway is now getting a huge amount of that with the face. 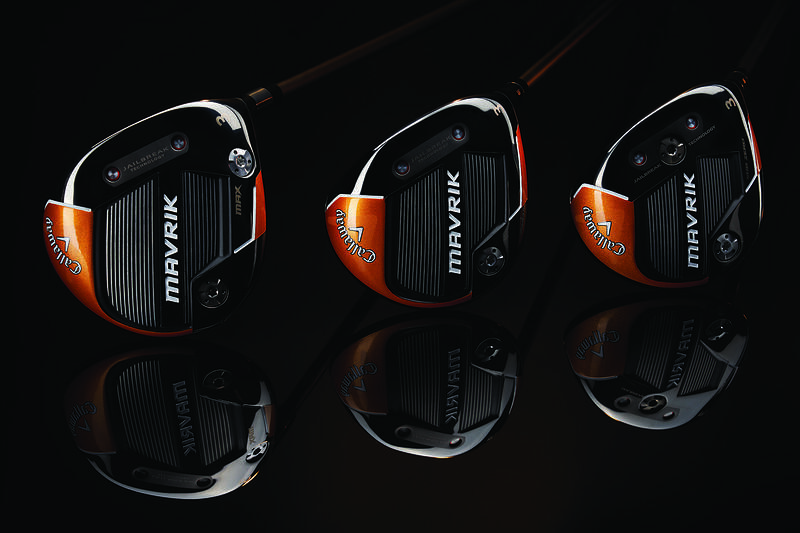 Callaway is reporting that the MAVRIK drivers are 13% more consistent downrange on misses, which credit goes to the new A.I. face designs as the shape of the heads are drastically different. This is credit to what the company calls their “Cyclone Aero Shape”. With what the Flash Face SS20 can do, there isn’t as much of a need for low and back weighting to manipulate and tune things as was the case in past designs. Here, the crown of the club rolls a bit higher for longer while the actual driver body size is shorter front to back. Additionally, on the bottom of the head there is a much sharper rise from the sole to the rear of the club. 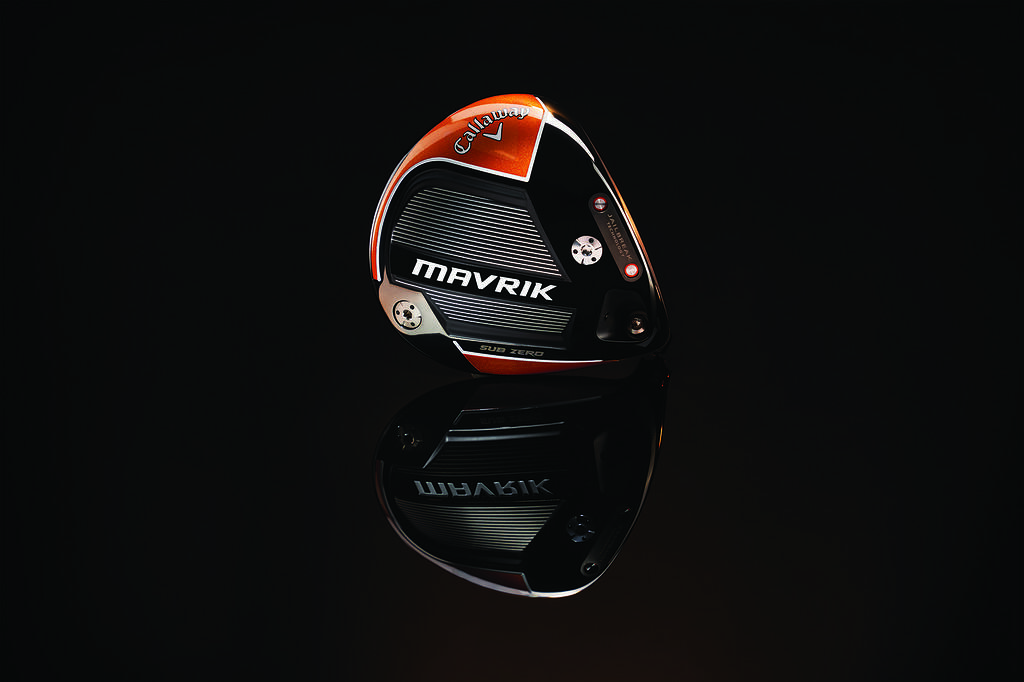 All this, according to Callaway, means way less drag, 68% less than Rogue and 61% less than Flash, so while some aero stories are talking minutia and make people roll their eyes, this is significant and on average 1.5 MPH of gained clubhead speed in their testing. Obviously swing efficiency plays a role in it for each person, but the thing that all club designers have agreed on for years is that shape and aerodynamics are where there is potentially the most to be gained with drivers. But, without something like the A.I. Flash Face design in the MAVRIK creating shapes like these would not be nearly as playable. This could be a much bigger thing than people realize, and remember, no one else is doing this. 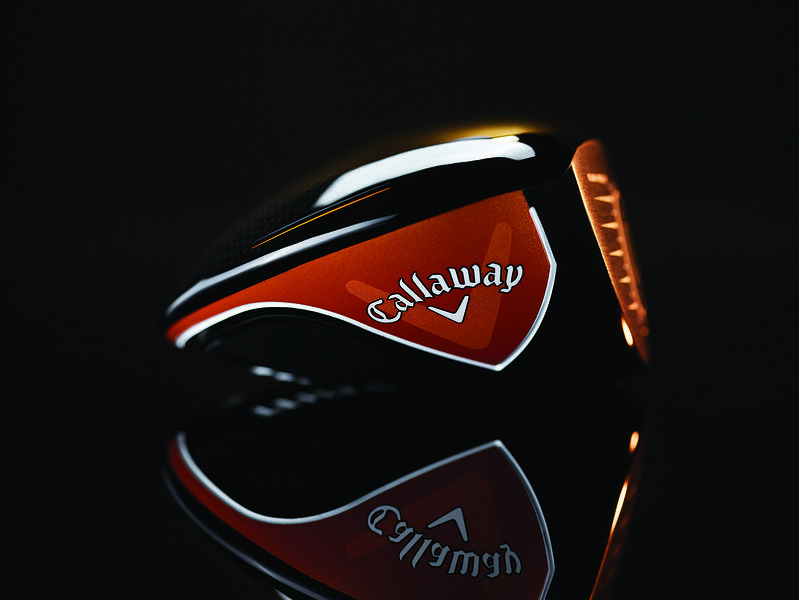 Rounding it all out, Callaway’s Jailbreak and Triaxial Carbon applications are here, which by now are widely known and understood. They set a bar for what can be done in terms of weight savings through composite materials but still retaining stability and adding to ball speed generation. What excited me the most though, is that as we saw with the Flash, all the tech combined will also have an impact on sound. The big knock by many, myself included, on the Flash (particularly the SZ) was the sound/feel, now much of that was because it was a departure from the Rogue and Epic before it, but it was still maybe the only knock many had against the Flash. Now, Callaway decided to also implement A.I. in improving the sound, or as they refer to it, “frequency and amplitude”. The simulations ended up with a structure Callaway otherwise wouldn’t have considered when it comes to internal rib placement, namely a ridge in the toe section. Having this in hand for review already, I can comment that the sound is indeed infinitely better than the Flash, and I believe most will be very pleased.

Now, let’s take a look at the clubs making up the MAVRIK metalwood and hybrids.

The standard MAVRIK driver features all the previously discussed bells and whistles in a 460cc head which features a single fixed 5g weight at the back-center of the sole to help build a mid-level spin profile with some draw bias. The MAVRIK driver does utilize Callaway’s dual cog adapter and will come in 9°, 10.5°, and 12°. 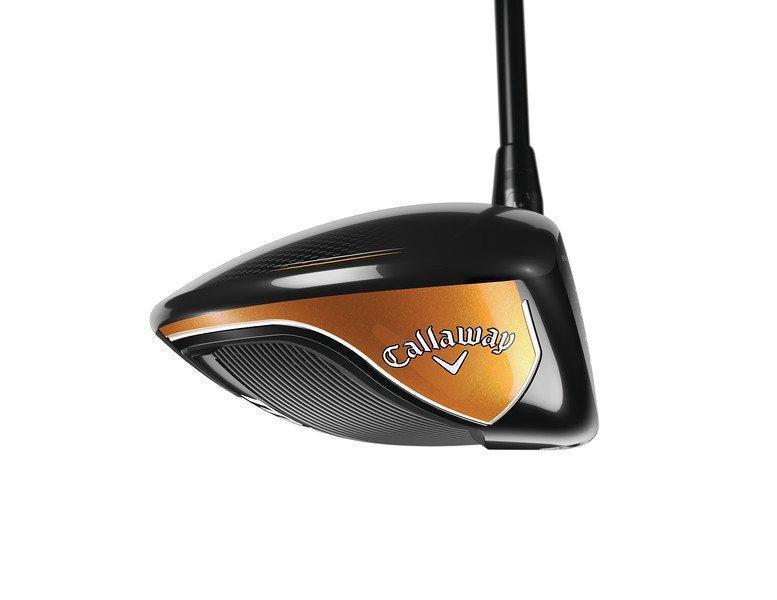 Yes folks, there is a MAVRIK Sub-Zero. With all the tech available and discussed implemented into this head, it is also a 450cc profile, given it is the SZ version the slightly smaller footprint is unsurprising. This one features weight adjustability where the standard does not, with two interchangeable screws in traditional Sub-Zero model location, 14g and 2g weight s that can be switched as necessary to fit the users needs. The SZ has a slightly flatter lie angle that better players prefer and is available in two adjustable lofts, 9.5° and 10.5°. 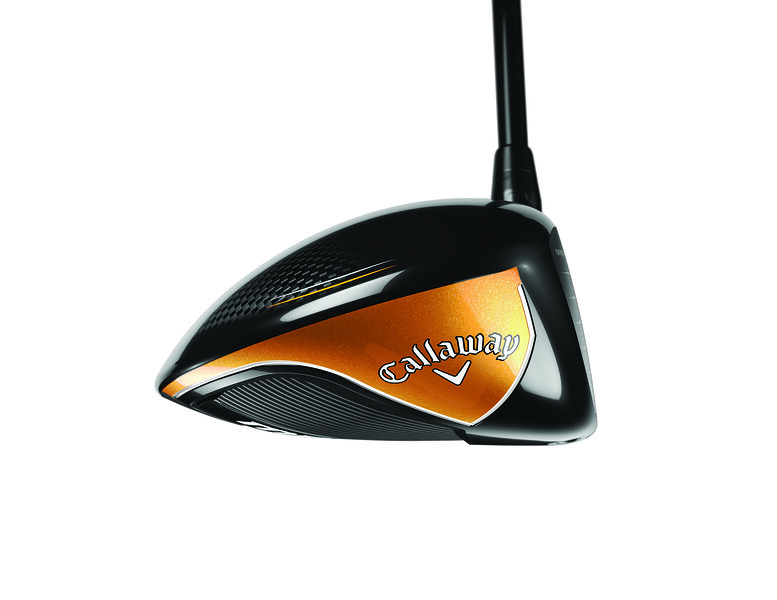 Hello there Max. The MAVRIK Max has the largest overall footprint of the three drivers, hence the name, Max. It also has the highest MOI of the three, the most draw bias potential via its innate design as well as the two (14g and 2g) moveable weights located heel and center-back, and according to Callaway is by far the easiest to launch. Slice reduction is touted by Callaway, but I have a hunch this one will appeal to more than might initially believe. The MAVRIK Max is available in adjustable base lofts of 9°, 10.5°, and 12°. 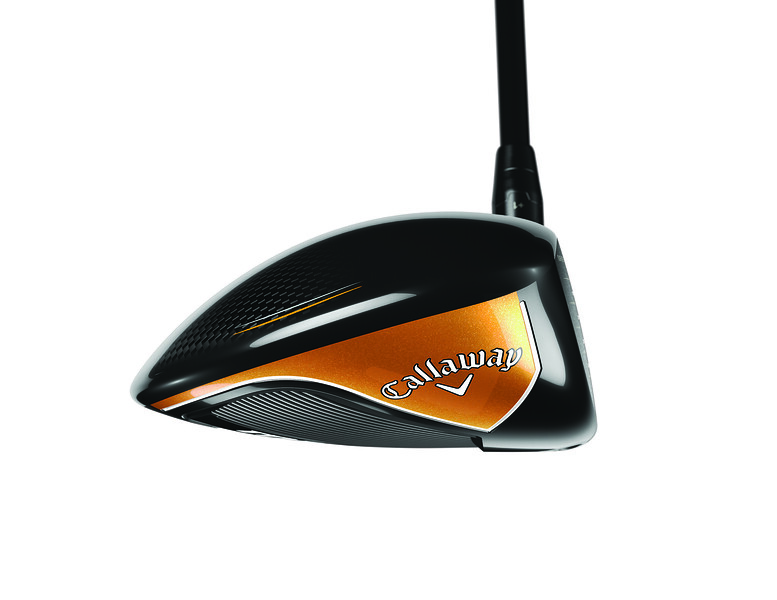 Callaway calls the standard MAVRIK the fastest of their fairways. Utilizing a single fixed weight in the sole to help keep the CG low and back to add launch and trajectory, it also has a sizeable hitting area on the face. Utilizing all of the tech discussed early in the article, the MAVRIK fairways seek to hit driver-like face CT’s, and may be the longest they have designed according to the company. With a leading edge shaped for versatility off tee and deck, the MAVRIK comes in 3+, 3, 4, 5, and 7 woods that are all fixed. 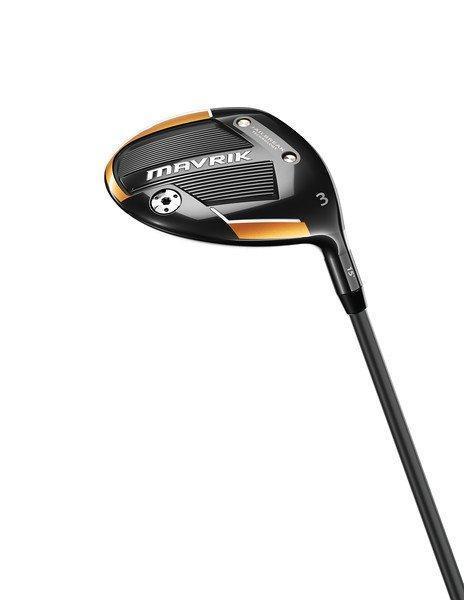 Obviously with the SZ MAVRIK fairway you will get the most compact of the three offerings. As is tradition, this one is aimed at the golfers who possess the desire to work the ball with their fairways. It also features all the tech bells and whistles with an interchangeable weight combo (14g and 2g) long time SZ users are familiar with. The MAVRIK Sub-Zero fairway will come in fixed hosel 3+, 3, 4, and 5 woods. 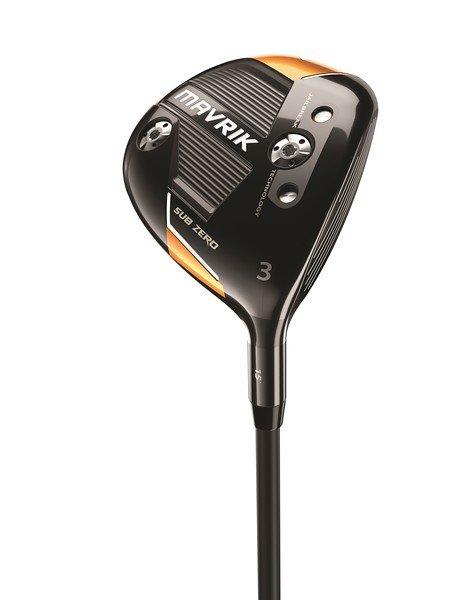 As was the case with the driver, the MAVRIK Max fairway is the biggest and most forgiving of the three fairway models. It does utilize interchangeable weights where the standard model does not, here a 14g and 2g weight can be flipped between the center-back and heel locations for maximum draw bias and launch capability. This one also has the widest sole radius of the three which means hopefully creating a fairway more friendly to higher handicap players. The Max fairway is also a bonded hosel and will be available int 3+, 3, 5, 7, 9, and 11-wood models…and let us not forget the legendary Heavenwood as well. 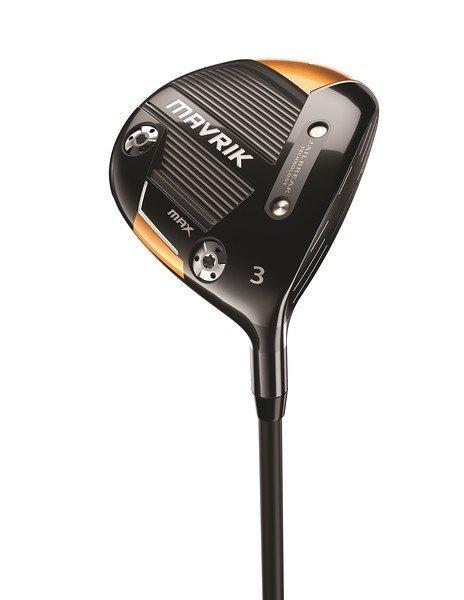 The MAVRIK hybrid is a mid-size overall and offers the square toe iron like face appearance that Callaway hybrids have become known for. Low CG, high MOI, and every single technology we have discussed previously including a unique A.I. face for every single loft, this one is built for easy and confident distance. Available in bonded 3H, 4H, 5H, and 6H models (18°, 20°, 23°, and 26°). 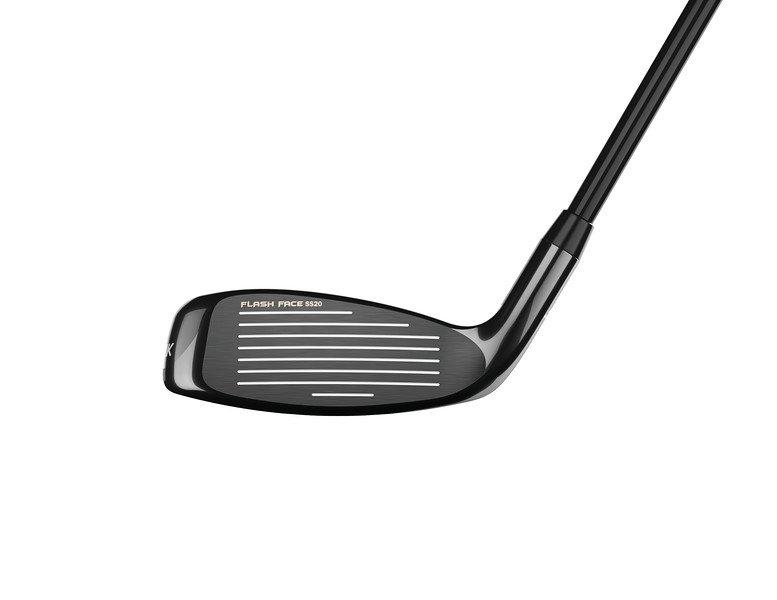 Think of the MAVRIK Max hybrid as a beefier standard model. The bigger profile means deeper CG and more MOI making this one the most forgiving and easiest launching of the three. In addition to all the tech being implemented here, this one is available in the most lofts of the three designs, and again every loft has a unique A.I. face. The Max will offer 3H, 4H, 5H, 6H, 7H, and 8H (19°, 21°, 24°, 27°, 30°, 33°). 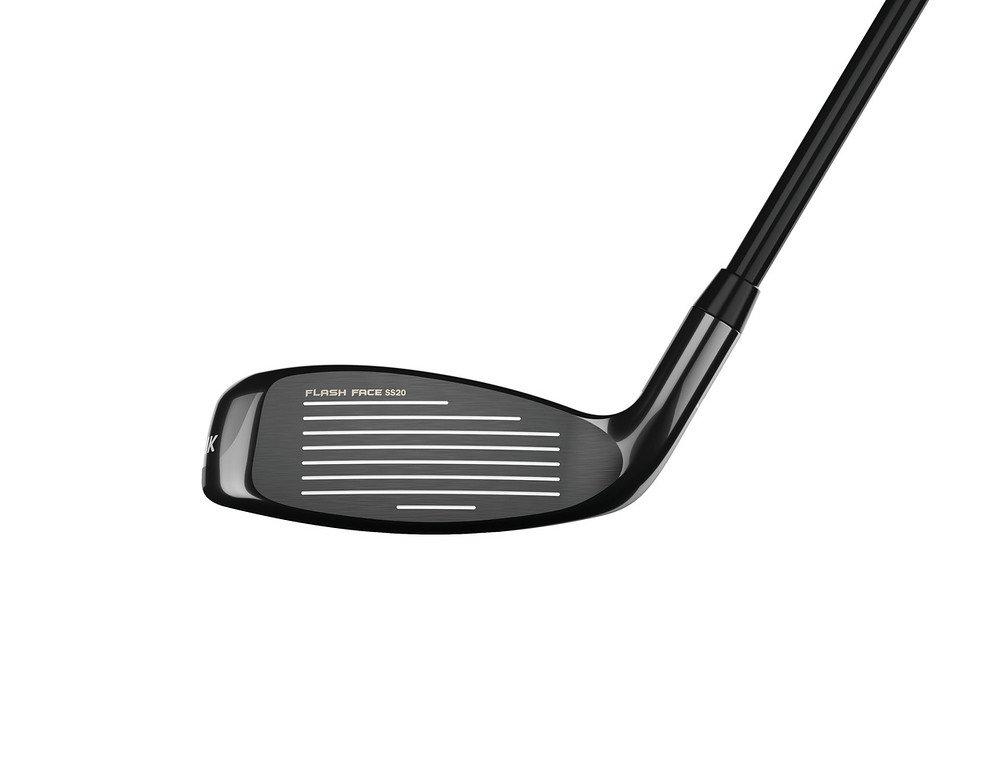 Where the MAVRIK and the MAVRIK Max offer the square toe look we expect from Callaway, with the Pro model the company thought it was time to offer a different look as well. This one harkens back to the Xhot and X2hot hyrbids with a fairway-wood like shape which naturally gives a flatter lie angle and helps make it more fade biased. Even with the added sole camber and different shape, all tech is still being implemented here. The Pro will be available in 2H, 3H, 4H, and 5H (18°, 20°, 23°, and 26°).

There are 13 THP Forum members that have already had these clubs in play for over a month. Want to read their reviews? Click here as they are posting them in the THP Forum every single day. 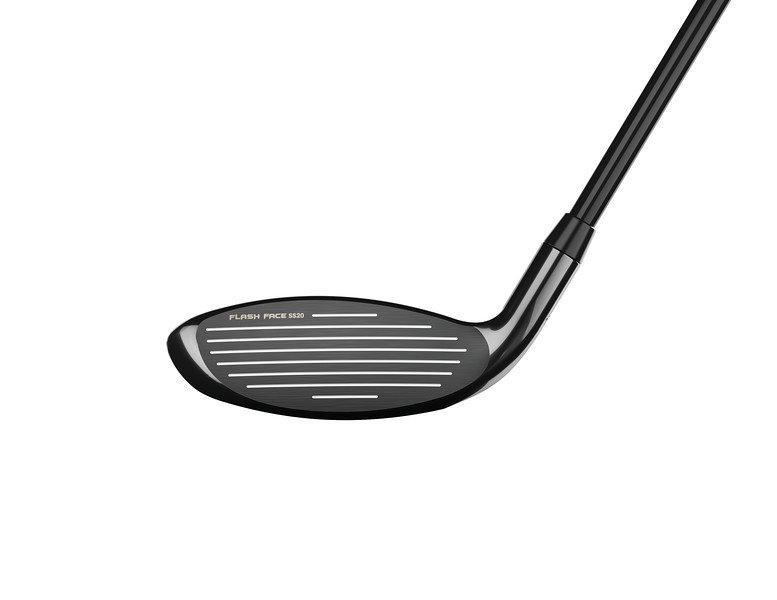