In the immortal cinematic words from the legendary Samuel L. Jackson in Jurassic Park, “Hold on to your butts”.

Odyssey is back and bringing a duo of new releases at a somewhat unusual time of the year for them. One, a unique mallet shape (and name) as only Odyssey can create, the other, well that one is going to spark some veryinteresting discussion in the golf world.

Let’s all give a big welcome to the new Odyssey Stroke Lab Black lineup and its debut putters, the Bird of Prey and Ten. 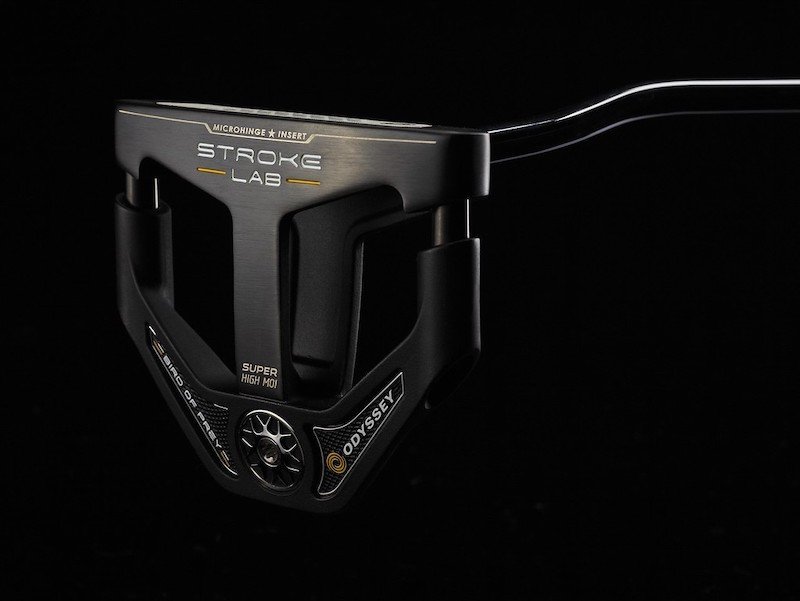 First and foremost, anyone who knows anything about golf knows that Odyssey RULES the putter count on all Tour’s (more than #2 and #3 combined), and with that comes a lot of wins (65 last year). While every year is a big year, this year seemed a little more so with the introduction and widespread adoption of Stroke Lab.

Stroke Lab is the unique putter shaft design which Odyssey has unleashed on the world. When the   company said it is the shaft design of the future for them many scoffed a bit, but one year later it has been a reality and within its first 7 months there were 777 in play. While THP has given an in depth review of the Stroke Lab shaft design (check it out here) a refresher is always a good thing.

The SL shaft is a multi-material design made of steel and graphite with a major focus on enhancing the tempo of the user on the green, and thusly their accuracy and consistency as well. In all, 40g of weight was saved from the middle of the shaft which creates a 75g overall putter shaft. That weight was not just eliminated though, 10g is moved to the head and the remainder is placed under the grip in the form of a butt weight. This essentially maxes out the perimeter weighting of the entire putter and not just the head-design itself. What this isn’t, is another counterbalanced story, make no mistake that isn’t the case as the overall club weight has stayed in the normal 540-545g range, whereas traditional counterbalancing ends up much heavier than that.

One thing is an absolute, you have got to try it out on the course in order to really understand it, exactly what happened with me and the majority of golfers out there who have experienced the Stroke Lab tech. Bottom line, it’s fantastic to see Odyssey truly selling out to it.

But What is New?

Yes, Odyssey is calling the Stroke Lab Black a new series of putters, and with that does come some new design features worth noting on their own before discussing the two shapes.

To the point, Odyssey is continuing their heavy emphasis on multi-materials in order to really maximize the MOI of each and every one of their designs, and that is imminently apparent in the Ten and Bird of Prey. More weight to the perimeters means more stability and more forgiveness, both things golfers of all levels who enjoy the look of a mallet can never have enough of. 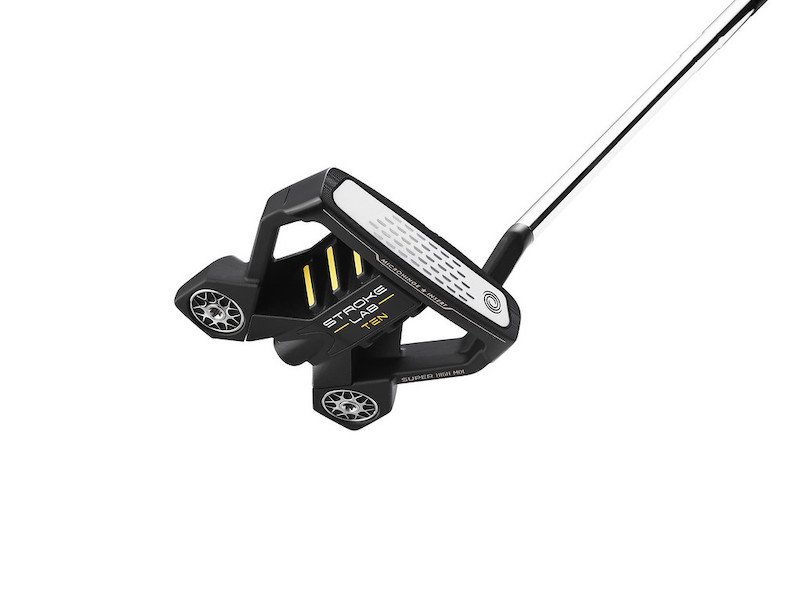 Starting with the entirely new kid on the block, the Bird of Prey is being hailed by Odyssey as being one of the most unique mallet designs they have ever brought to market, and when you are talking about the company that created both the 2-Ball and #7 shapes, that is saying a lot. It is also the brainchild of Austie Rollinson, which if you are not familiar with the name, I implore you to learn more about one of the true legends in putter design. Suffice to say, when Austie takes a stance on something being important or good, it probably is. 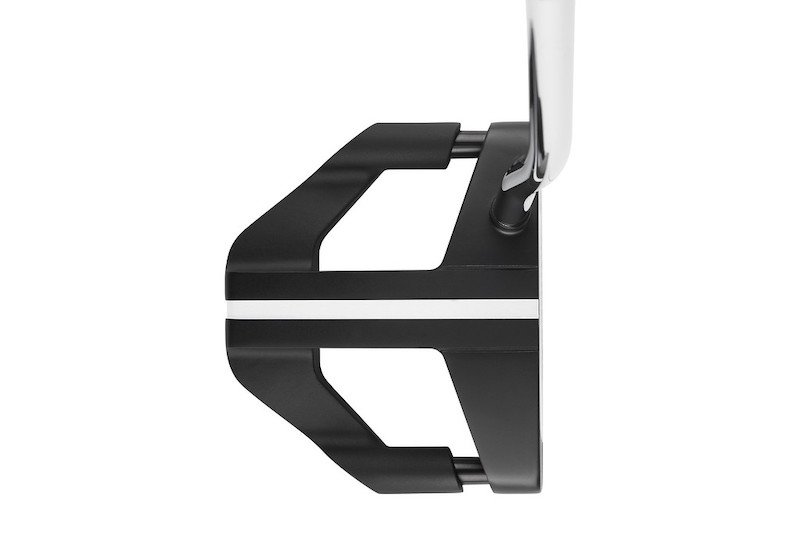 While when said in its full naming sequence, the Odyssey Stroke Lab Black – Bird of Prey, it is a mouthful and a half, the design itself is also something to behold. Visually you can see the multiple materials utilized in the head which according to the company offers a perfect ability to sole it squarely while also bringing the MOI to a staggering 5,712 rating. What does it mean? It means it will hit the market as one of the highest MOI’s out there. 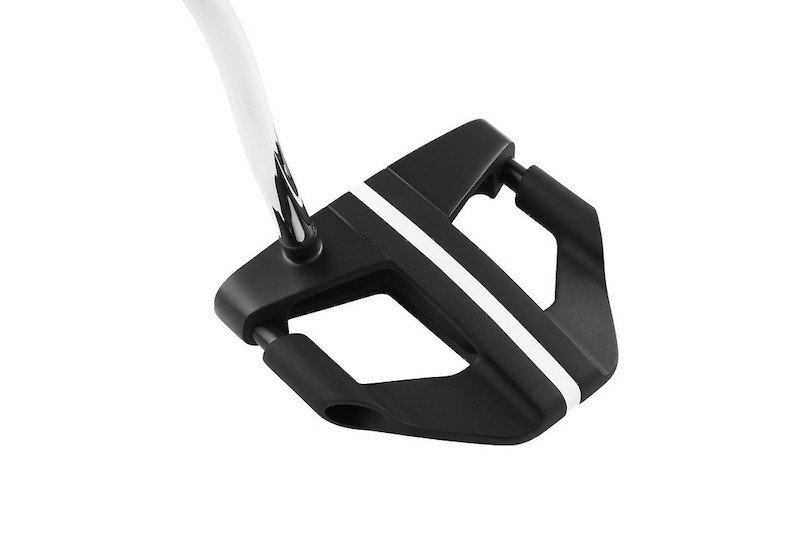 More than that though, the shape is full of lines that are parallel and perpendicular to the target, quite literally giving it a very square look while being easy to square to the target. Mix in the “Hi-Def” alignment line which runs the length of the head similar to that of the Marxman putter, and you should have a design for mallet users that allows for a ton of comfort, confidence, and performance for the user. 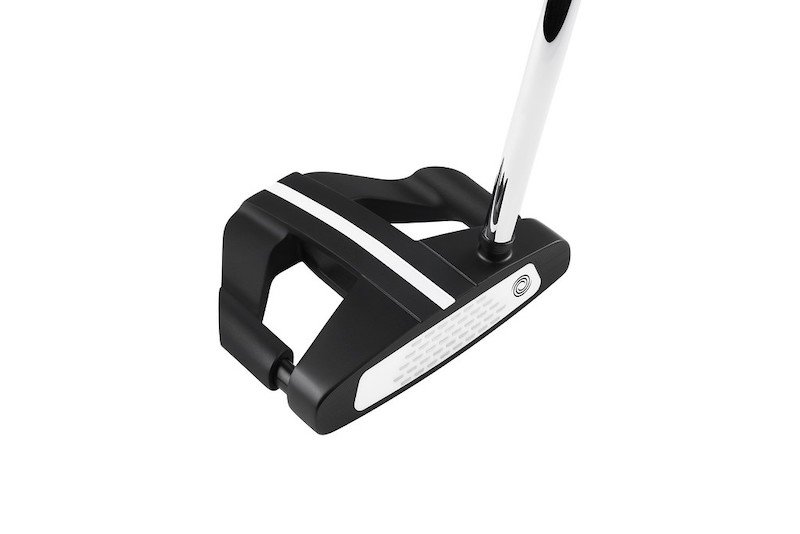 The Bird of Prey will be available in a double-bend shaft setup only for the time being.

Let’s get the elephant in the room out of the way, yes, the Ten looks eerily similar to that putter. While it’s sure to get part of the internet and social media worked up into a feverish lather of keyboard clacking, is it really all that surprising? After all, you are talking about what is considered by all putter companies to be one of the most legendary shapes of all time, and in case you didn’t know it, the guy who was part of the literal creation of the shape is sort of running Odyssey now, you might have heard his name before, it’s Sean Toulon. I’ll give you a moment to let that sink in and change your perception. 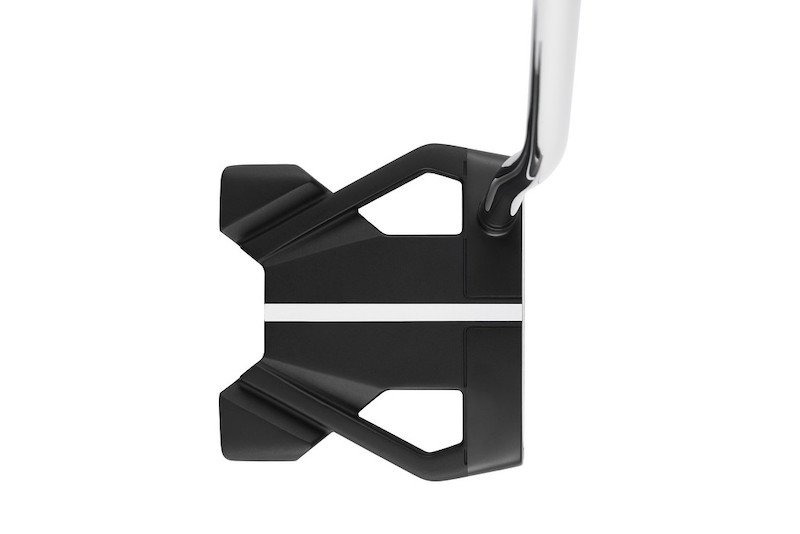 Now, to the Ten. My recommendation is to brace yourselves, because this one is likely to be big for Odyssey as for a long time there has been clamoring on Tour for this shape style but with the best insert in the game, which has always belonged to Odyssey. Utilizing two significant weights in the sole of the wings has allowed them to pump out a MOI of 5,504 which is almost 1,000 higher than that shape it looks like. 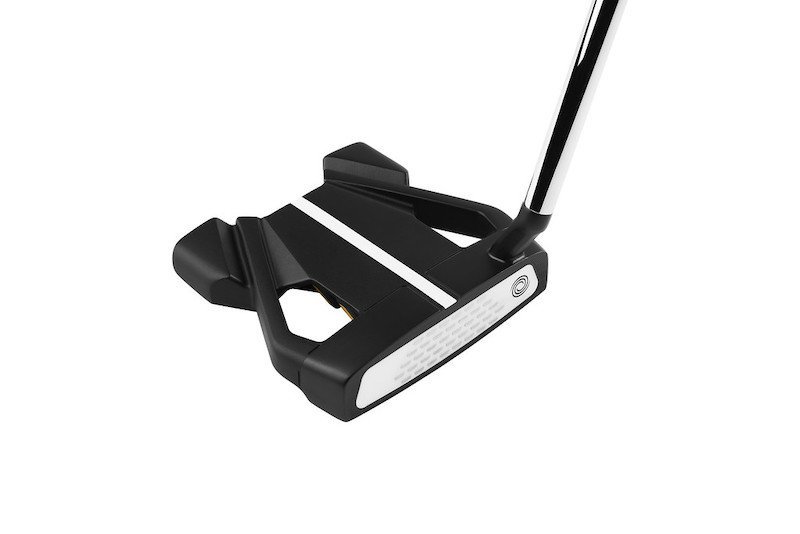 Much of that gain is credit not just to those weights at the perimeter, but using a material called ABS (a thermoplastic) as the core of the design has made for a unique construction of the shape. It takes up very little weight which allows the metallic portions to be moved to the outer edges and get that MOI up while also proving to be a dampening agent which Odyssey believes is the key to it having an excellent sound/feel while also giving a platform to ensure the putter soles perfectly square when put at address. Finished off with a “Hi-Def” alignment line a-la the Marxman and there is a lot about this one which should create a ton of curiosity. 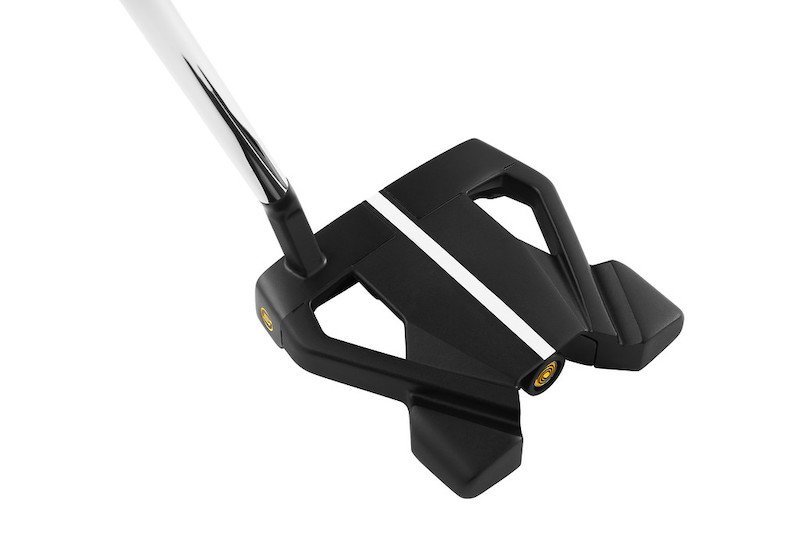 The Ten will be available upon release in both a double-bend and slant neck shaft configuration.

Talk is Fun, Proof is in the Performance

While a “First Look” at a new product line is always a ton of fun, it doesn’t allow for a real grasp of the performance in the hands of average golfers. Well, no worries there as THP will have both putters in hand the day this article drops with feedback to begin rolling in thereafter and followed by a full review. Keep an eye on The Hackers Paradise and our new forum for more!