While the metalwoods will get the lion’s share of buzz and attention from Tour Edge’s EXS 220 lineup, the two accompanying iron sets might just turn some heads too if given the chance. While most think of “players” style irons when it comes to the Exotics name, they might also be forgetting that Tour Edge was on the front of the battle lines for hybrid irons since the beginning. The EXS 220 and 220h irons are very much dipping into that legacy and throwing everything into the equation to create tech heavy irons that the majority of golfers out there can benefit from with forgiveness, distance, and a very nice price.

The 220 irons are classified by Tour Edge as a “game-improvement” level set which is comprised of a split-set makeup via the combination of undercut and hollow body designs in a slick chrome finish. The hollow-bodies make up the 4-7 while the undercuts serve the 8-GW portion of the set. Both heads feature a heavy emphasis on multi-materials as well. 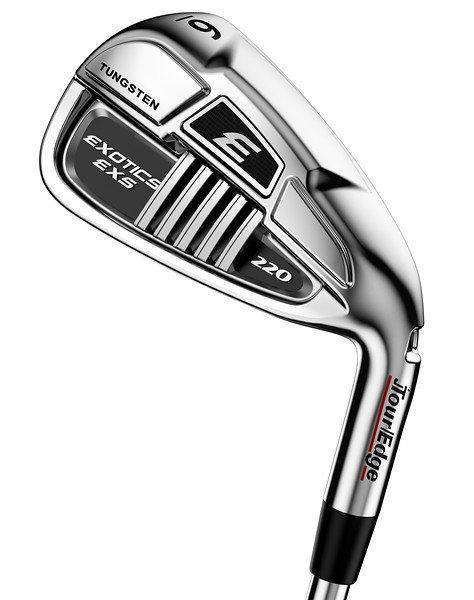 The hollow-body portions utilize a forged maraging steel 450 cup faced design to achieve maximum ball speed while the scoring clubs are built from 431-stainless-steel. More than the base materials though, the set also features a 19g tungsten weight in the toe of each iron as well as “SpiderWeb Variable Face Thickeness”, “LaunchPad Technology” which is an internal polymer for vibration dampening, and power lofts combined with a new notched hosel for better fitting/bending potential. 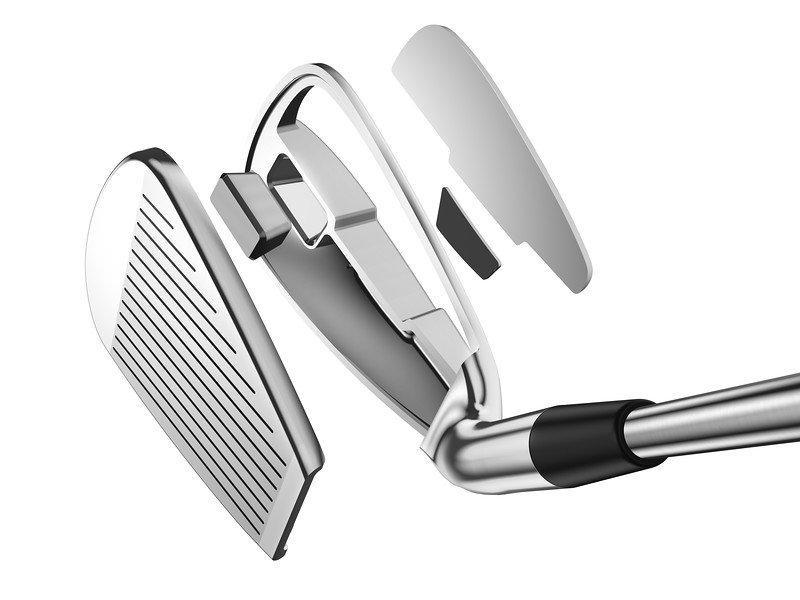 Now, the 220h, these are going to be the ones that initially turn the most heads. These are a black satin finished full hollow body set made up of 17-4 steel. These are flat out hybrid irons that are aiming to pack all the forgiveness of metalwoods into an iron design that flows progressively throughout the set. 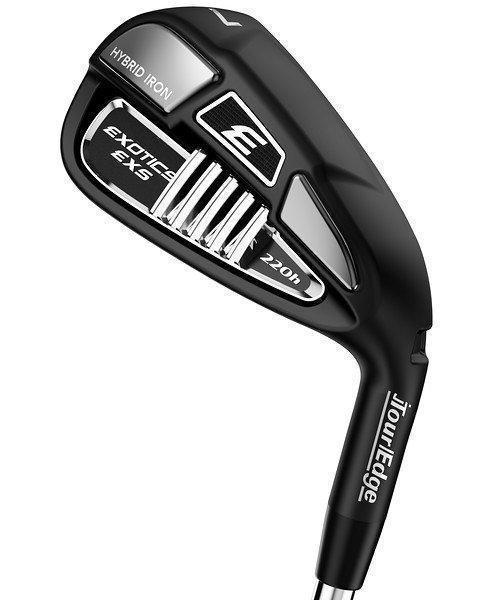 The company classes these as an SGI (super game improvement) type iron, for what that’s worth. The center of gravity is deep, the soles are wider, and the MOI (moment of inertia) is high, and when mixing in the “SpiderWeb Variable Face Thickness” along with the Cup Face, the story here is big time forgiveness with a ton of ball speed. The 220h also utilize the same notched hosel and “LaunchPad” dampening polymer to add fitting capability and a sound/feel they believe will please many. 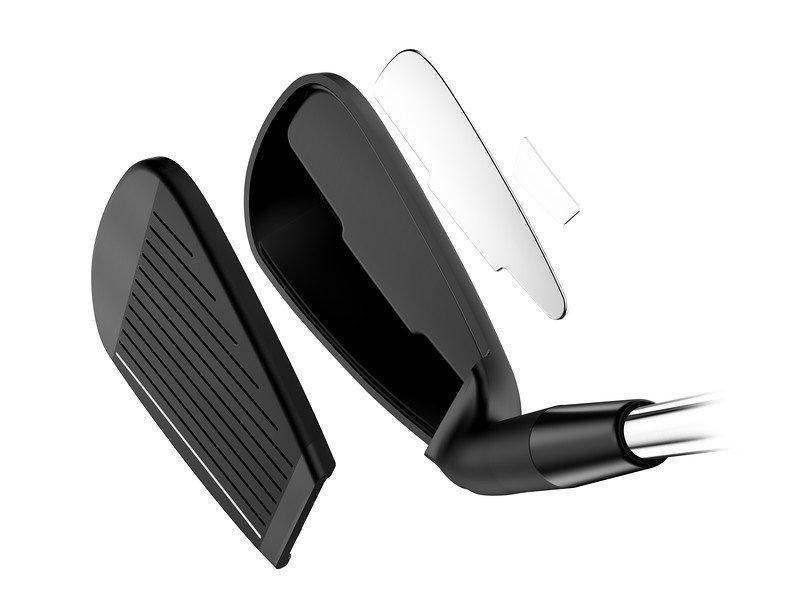 The 220 irons are going to offer a decent size profile that has been mixed with everything Tour Edge has learned over the years to max out forgiveness and sheer firepower. Worth noting too is on the Power Lofts, contrary to the loft-jacking arguers out there, even Tour Edge states it’s more about balancing and maintaining launch characteristics and peak heights to match the traditionally lofted clubs. Simply put? New tech makes the ball go higher, way higher, and without increased lofts there would be diminishing returns as it pertains to distance.