Just received word that Callaway has sent out the XHot Hybrids to those selected to take part in the Forum Testing here on THP. With the testers receiving their clubs soon, this thread will be for them to post their long term reviews, thoughts, results and experiences. Feel free to join in on the conversation on the latest Hybrid offering from Callaway Golf!
Last edited by a moderator: Apr 18, 2013

I was thrilled to find a box on my porch yesterday for my birthday. Due to having my son and dinner plans, I didn't get a chance to do much more than rip open the box yesterday.

Inside I found a 19° XHOT 3 Hybrid standard with Regular Flex shaft. Here are some pictures and my initial thoughts. 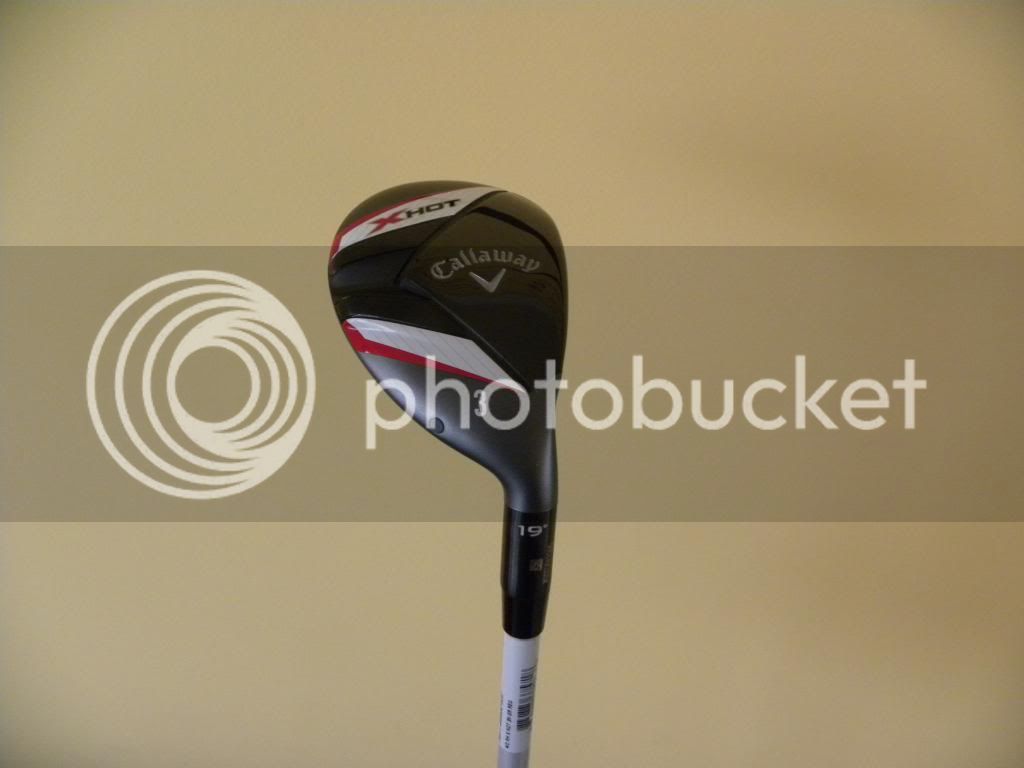 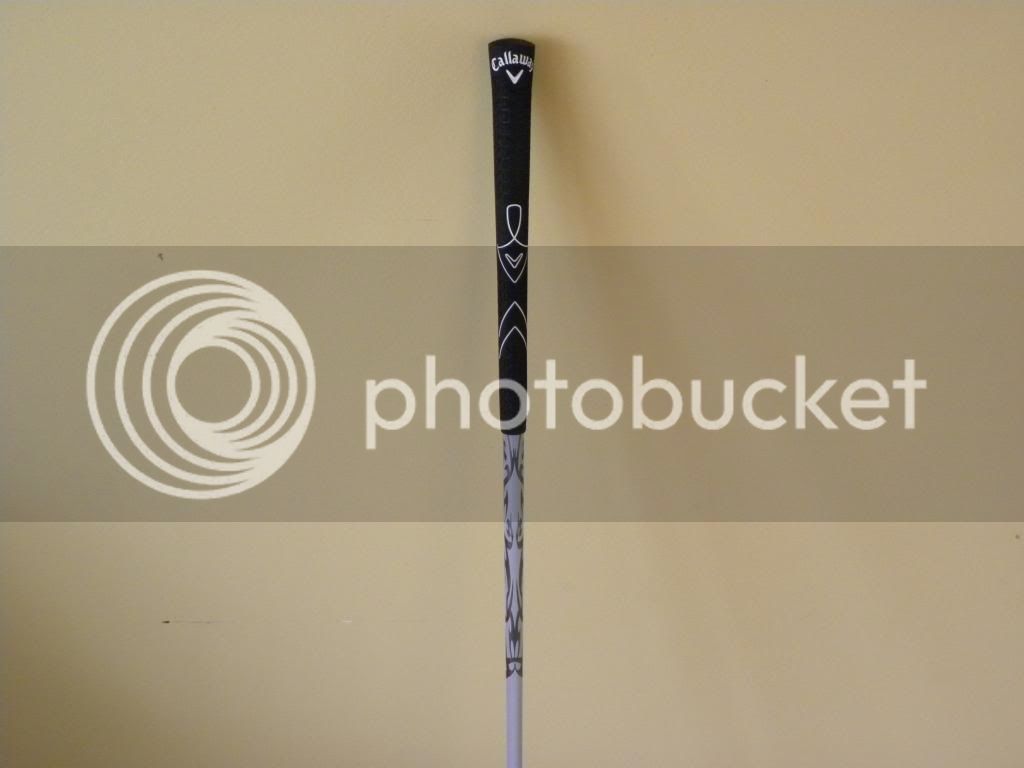 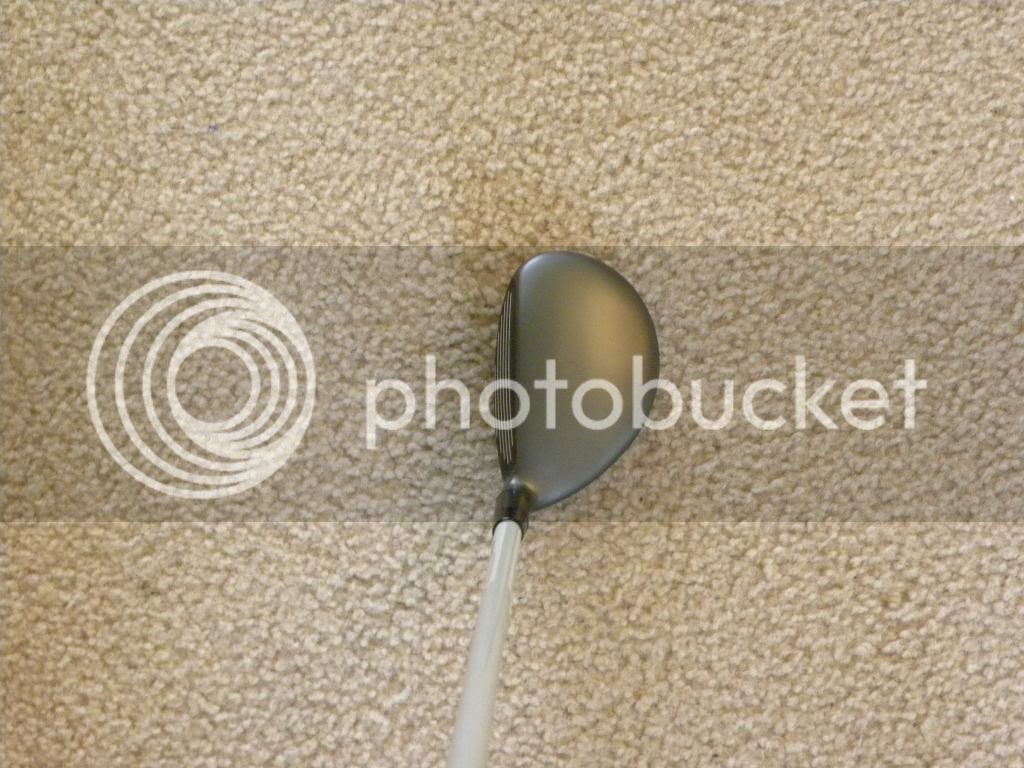 I've handled the XHOT hybrids in the store before, but was excited to get this club in hand for real. There are a few things that I like right from the start. These hybrids set up at address with a fair bit of forward shaft lean (offset perhaps), which falls perfectly in line with where I'm at in my lessons. This inspires quite a bit of confidence for me, as I currently struggle to keep my slice under control. I would say that these set up like an iron, but feel and look like a small fairway wood. The stock Callaway grip is the same as the Razr X Black fairway woods, and has a nice feel to it, with a hex pattern for texture and strong lines for grip alignment.

In the appearance department, the XHOT is in no way lacking. The sole plate is a mix of shiny and matte surfaces, with a combination of black, white, red, and steel gray. It all works very well in concert. The steel gray crown is simple and understated, and blends well with the pearl white shaft and gray shaft graphics. This is head to toe a good looking club. The only negative I can find so far is the lack of an alignment mark on the crown. 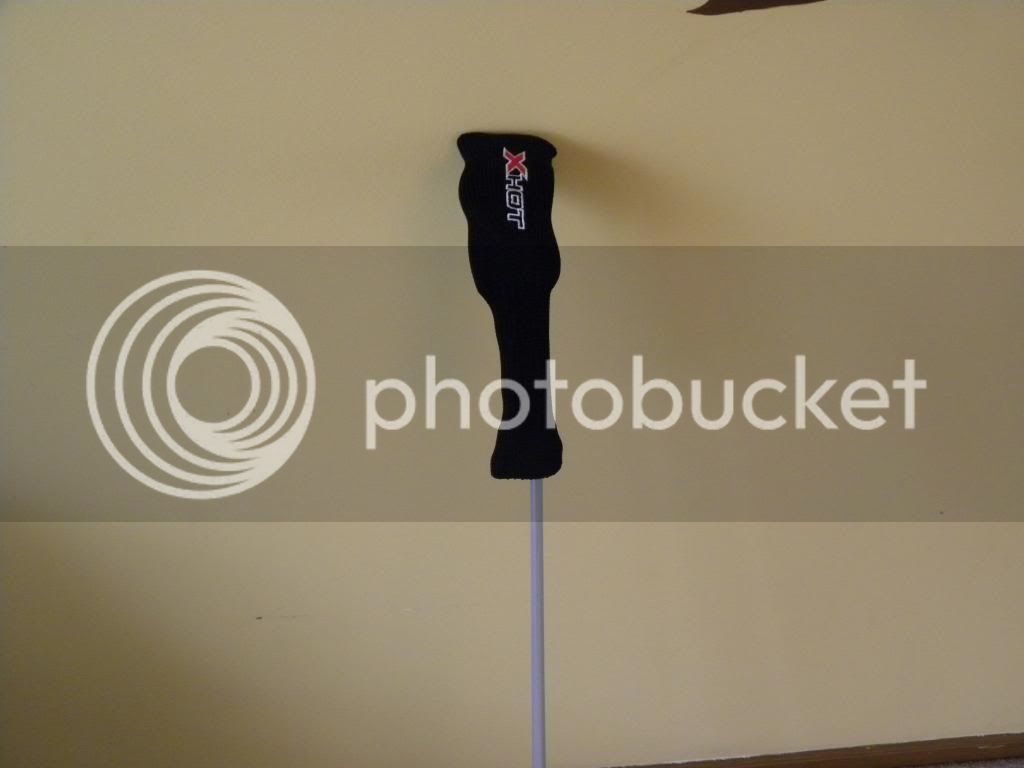 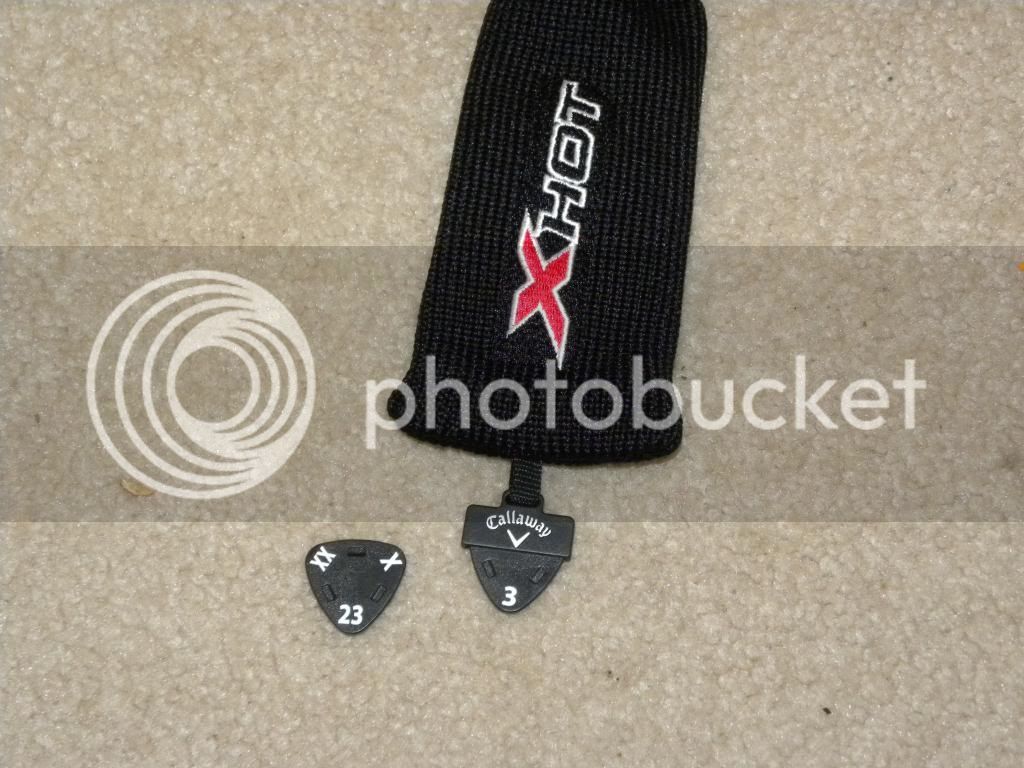 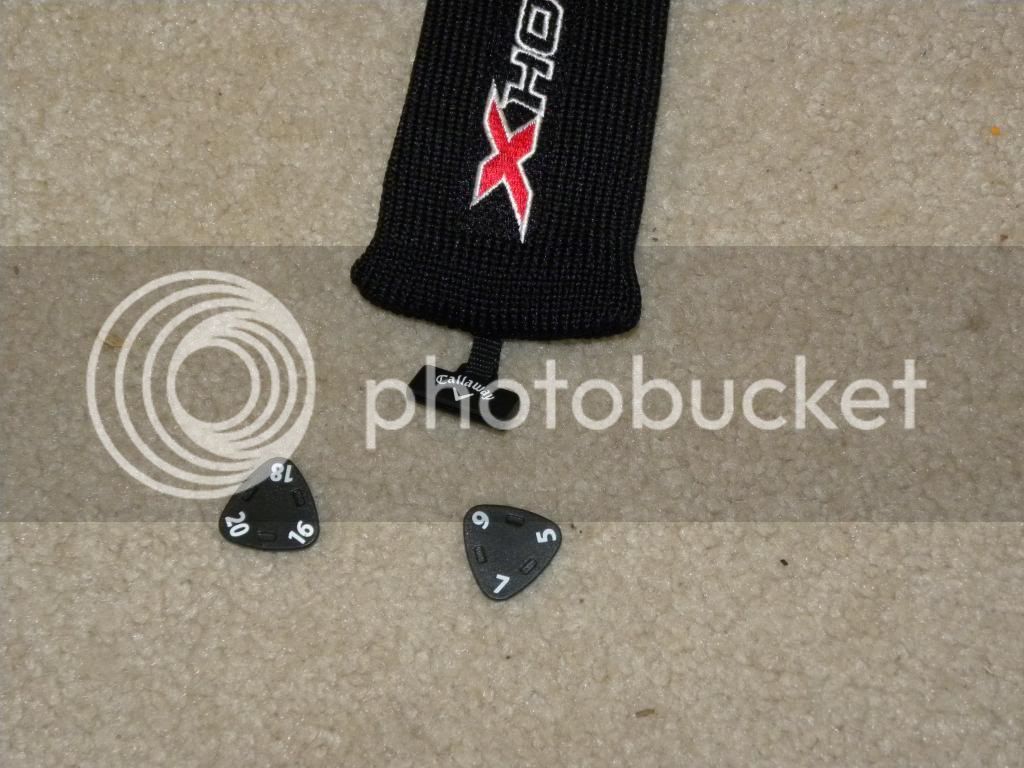 The headcover that comes with the XHOT hybrid is a simple sock type, with embroidered XHOT logo. It comes with two interchangeable club tags, which give the options of 2-7, 16/18/20/23/X/XX. 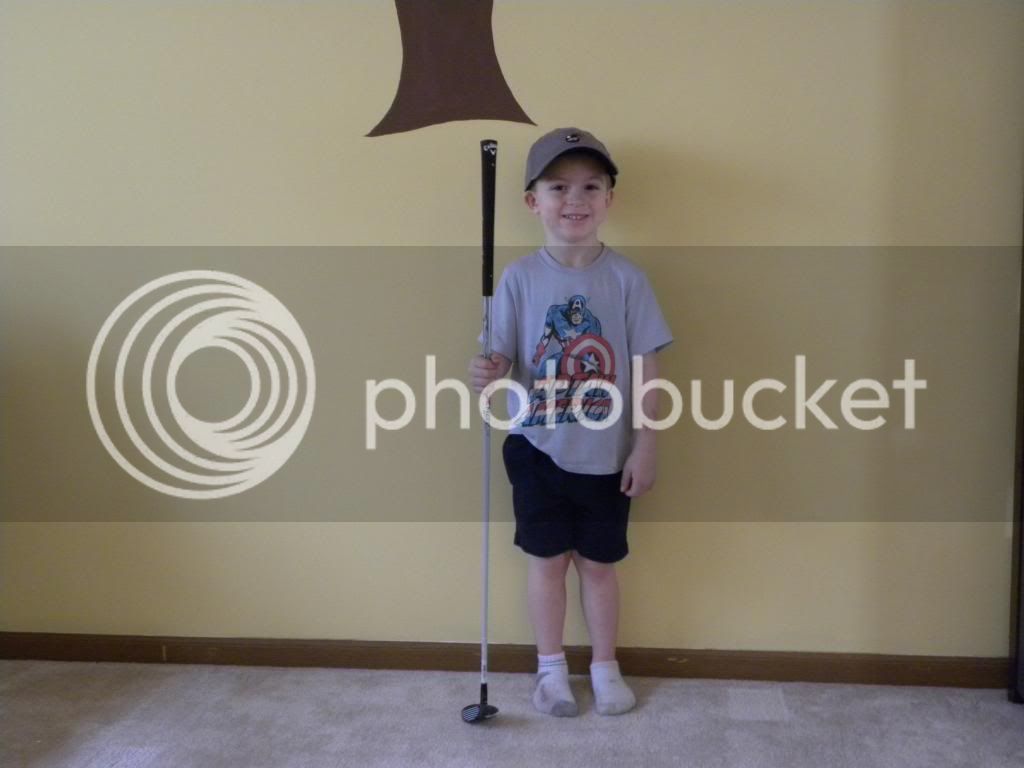 It appears I'm not the only XHOT fan in my household. This club is exactly one (1) Jonah tall.

I can't wait to get to the range tomorrow to put some real swings on this club.
My inner child is a mean little cuss

Great start Shark! Can't wait to see mine! I wonder if we all got the same loft? What's in the bag:​
Spoiler
Driver:

Enjoy the club Shark, I took my 16* for a ride today and saw exactly what I was looking for. I'll share once all the testers have had a chance to post

Looking good so far shark. Great initial thoughts and I hope the clubs works well for you.
In my Big Bertha Staff Bag:
[WITB]

Mine was waiting for me this morning before I left for Monroe. I will have a full write up tomorrow.
LargePhil (aka 'The Atom')

LargePhil said:
Mine was waiting for me this morning before I left for Monroe. I will have a full write up tomorrow.
Click to expand...

Let me start your review for ya, since I got a few in with it....

Looking forward to hearing some results as I really liked this at a demo day two weeks ago. High and straight!
In my ​Callaway stand bag:

On The Eh Team

This is one area that Callaway is under rated. I think some people are going to be very surprised with Callaway hybrids.
Driver

My Friend's Call Me Drew

Nice pics shark looking forward to your review. I'm not sure if I'm going fairway woods or hybo at the top of my bag. They both sound great but I think the hybo might be more versatile.
In My

I got home late Friday night and did not check the delivery bin we have for FedEx and UPS. I had to got up early to head to Monroe, for the impromptu THP outing. I saw the flag up, opened the bin and what did I find, a box from Callaway. I didn't have time to take pictures before I headed to Monroe, so I took it out of the box, put it in my bag. I spent about 20 minutes messing with the box, so I only got a few putts in before the round. I was waiting for a chance to hit the XHot, but I did not get a chance until the 4th hole. I had not touched it so, I took a big whiff and hit it about 30 yds.

That was the last bad swing I put on it. I hit it solid the next several times I hit it. Three times in the first 18. Straight with a penetrating flight. I had to concentrate on swinging smooth and accelerating through the ball. This is now the lightest club in my bag. The new Project X shaft is very light, compared to the shafts I am playing in everything else (65grams). I am not displeased with it, I just have to get used to it. It definitely does not hurt the solid feel that I get from this club. There is a distinct difference from my Altitudes. This club has a lower flight. I will have to get to a LM, but, I suspect a significant differences in launch and spin.

I purposely tried to hit the XHot more during the extra nine we played in Monroe. From the tee, too the greens I struck the ball pretty well yesterday so I felt like I could go ahead and try to work the XHot. I hit it off the tee, straight down the middle right on 180. I aimed at the 150 stake and was about 5' from it. I hit it on a 160 yd. par 3 and tried to hit a 3/4 swing high cut and it did exactly what I envisioned. I was just off the front of the green, but, pretty impressive that it was that easy to execute. The rest of the shots were just straight at my target.

Once the round was done we went to the range, for everyone else to hit my other clubs and for me to get more familiar with the XHot. I hit it solidly on the range. Tried to hit draws and cuts and straight and it responded well to good swings. I will spend the next couple of weeks getting 'friendly' with the XHot. Once Toad got a chance to hit the XHot, I didn't get it back until we left the range. I think he liked it.

This has been a bit disjointed, but, that is how the day started. I usually have a plan when I test a club, and that will be the case as the testing goes on. I plan on doing direct comparison with my existing clubs over the next several weeks. I will do distance, ball flight, launch and spin comparisons. I plan on going to PGASuperstore, where I bought bay time to do these comparisons. I also will use my laser range finder to compare distance at the range. I am really excited now that the XHot is here.

I took pictures after the round and will post them in their own post. Stay tuned.
Last edited: Mar 31, 2013
LargePhil (aka 'The Atom')

Phil, I felt bad I bogarted your club for a bit, but it's just so easy to hit. My V4 might be getting the boot.
Driver: Cobra F9 (rarely used these days)
Hybrids: Callaway 17° SuperHybrid and Mavrik 3 and 4
Irons: PXG Gen2 311P w Elevate Tours
Putter: Cleveland Huntington Soft Premiere 11s

Got a UPS delivery alert, should have my Xhot hybrid tomorrow!

T0AD said:
Phil, I felt bad I bogarted your club for a bit, but it's just so easy to hit. My V4 might be getting the boot.
Click to expand...

I was enjoying watching you hit it. Glad other THP'rs got a chance to hit it.
LargePhil (aka 'The Atom')

Good initial write ups shark and Phil, and great pics shark. I hate walking straight on to the tee without hitting the range first, it can make for a long day. Hopefully you guys get some good time with them soon. I look forward to your thoughts! 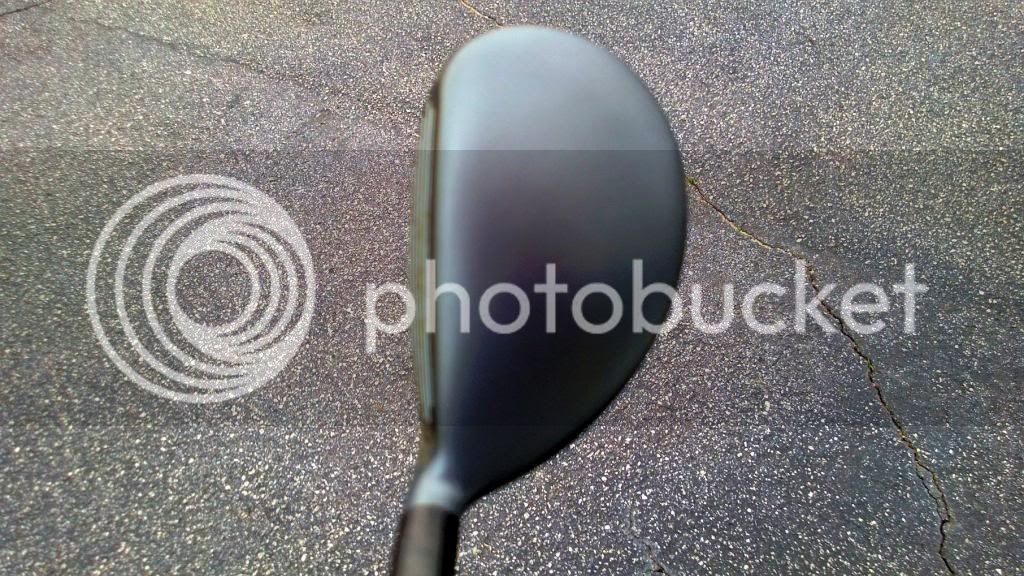 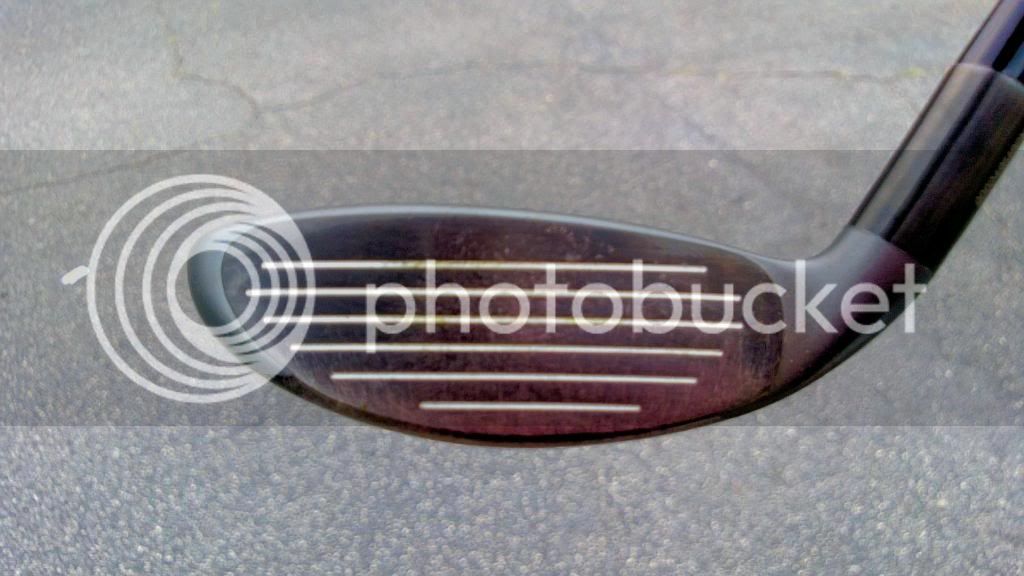 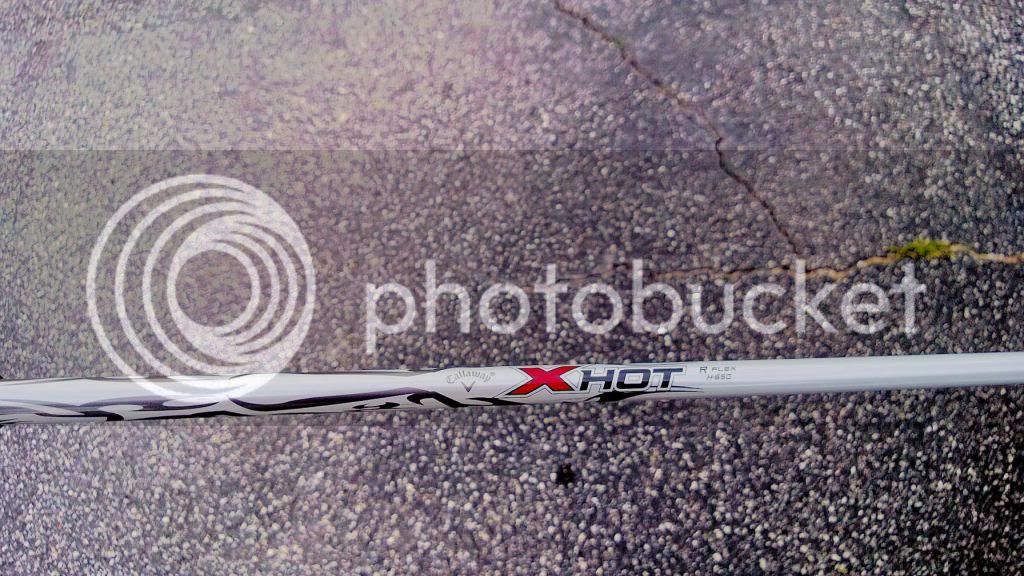 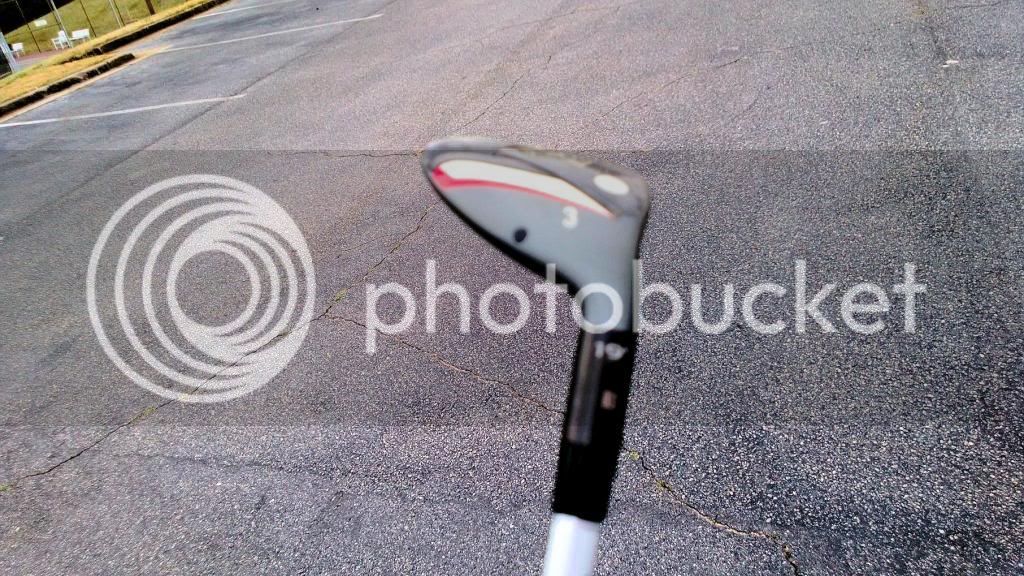 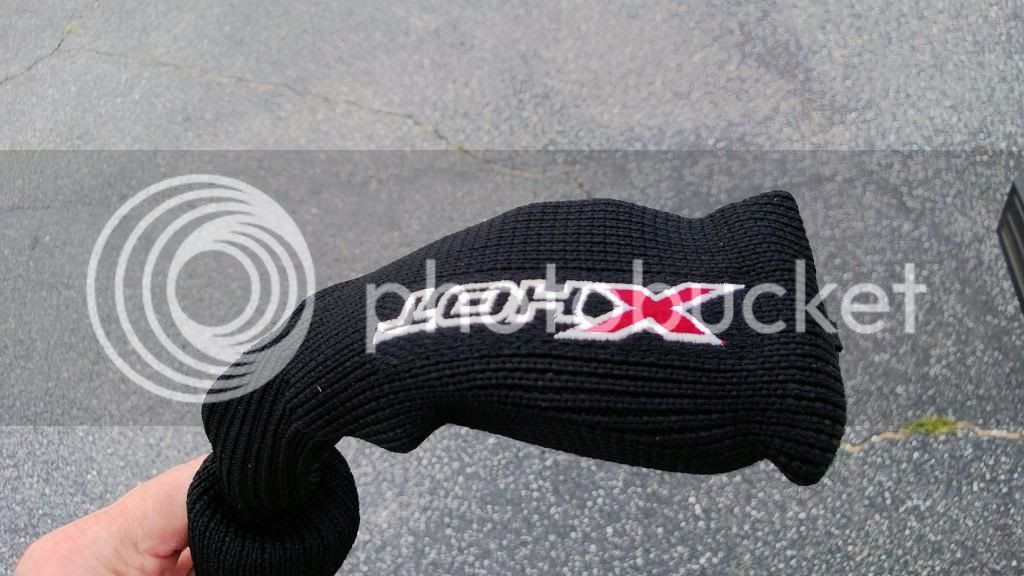 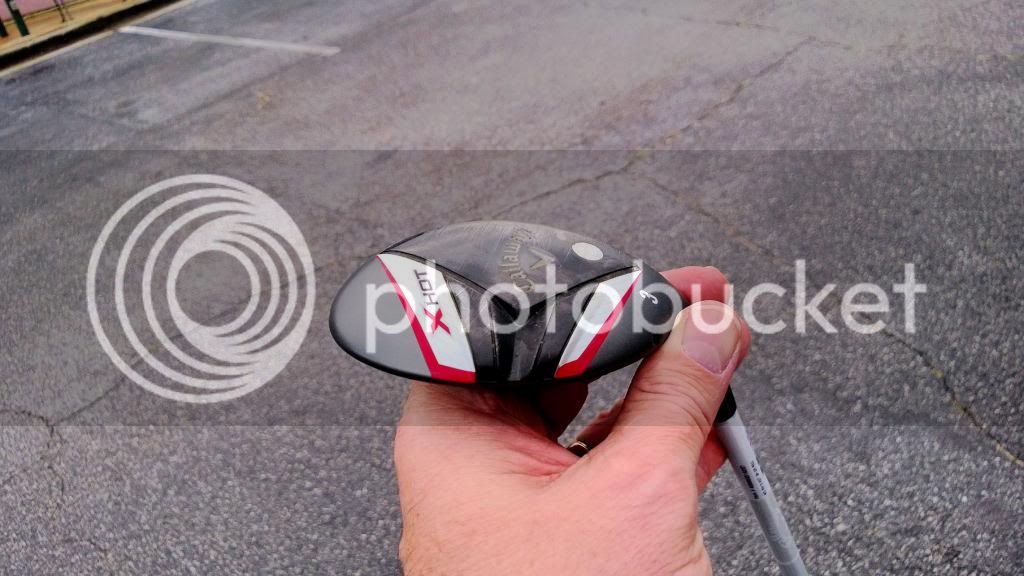 A view from my perspective: 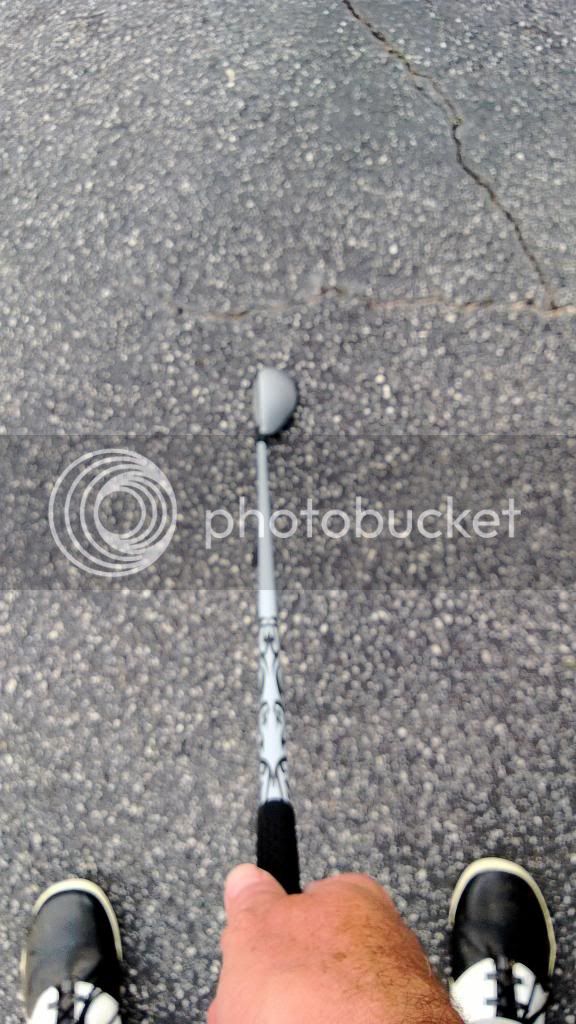 A view from my perspective:

I'm loving the photos Phil. I'm freaking jealous that mines hasn't got to me yet:/
DRIVER:

Your first initial write up on the club was great Phil at anytime did you try and get as much yardage as you could from it?
DRIVER:

California92 said:
Your first initial write up on the club was great Phil at anytime did you try and get as much yardage as you could from it?
Click to expand...

LargePhil said:
I did on the range. I didn't have the range finder out, so I was estimating about 190-195 yds. Short of the 225 stake, but, solid for my swing speed.
Click to expand...

That's pretty solid bud. I know you'll get more out of it with more time with it. It seems to be giving you what you want out of it.
DRIVER:

LargePhil said:
I did on the range. I didn't have the range finder out, so I was estimating about 190-195 yds. Short of the 225 stake, but, solid for my swing speed.
Click to expand...

That's not bad at all Phil, definitely solid. Keep up the good work.

Some truly amazing details, even the headcover is classic and nice!
Custom

I'm most interested to see how they compare to the Razr X Hybrids. I currently game the 3 & 4.
What's in the Titleist Staff Bag