Can a Rough be Too Rough?

Played another 18 today, and the course seemed to have very tall rough, including adjacent to the fairway. I have never spent so long on a golf course looking for golf balls within our group than I did today. Golf balls were constantly over 100% covered in the rough. I understand that the rough is supposed to be penalizing, but I think today was too far. Some pictures are below, but this was every single hole.

What do you all think? Was the rough too rough?

Ball 1, right off the fairway: 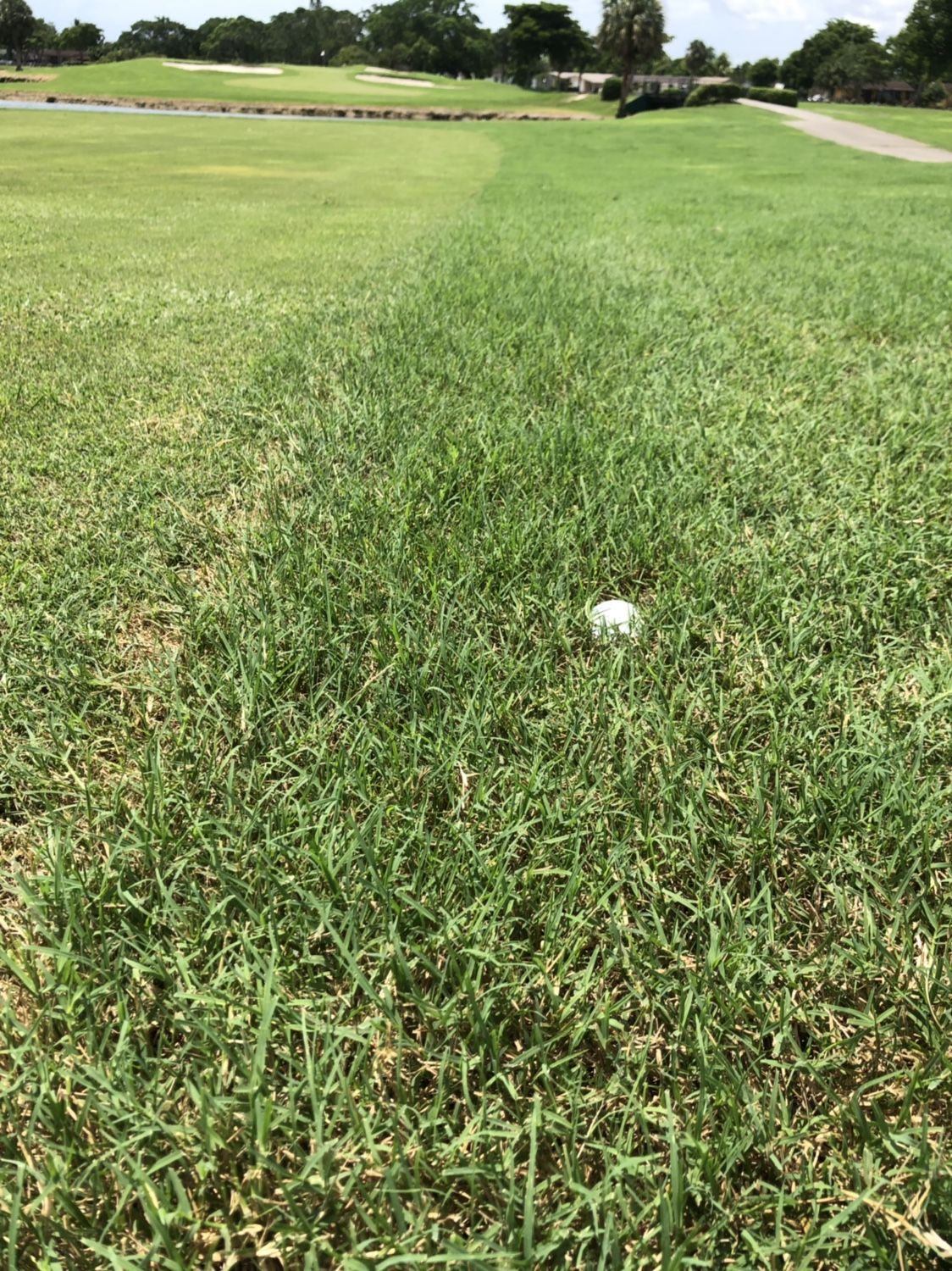 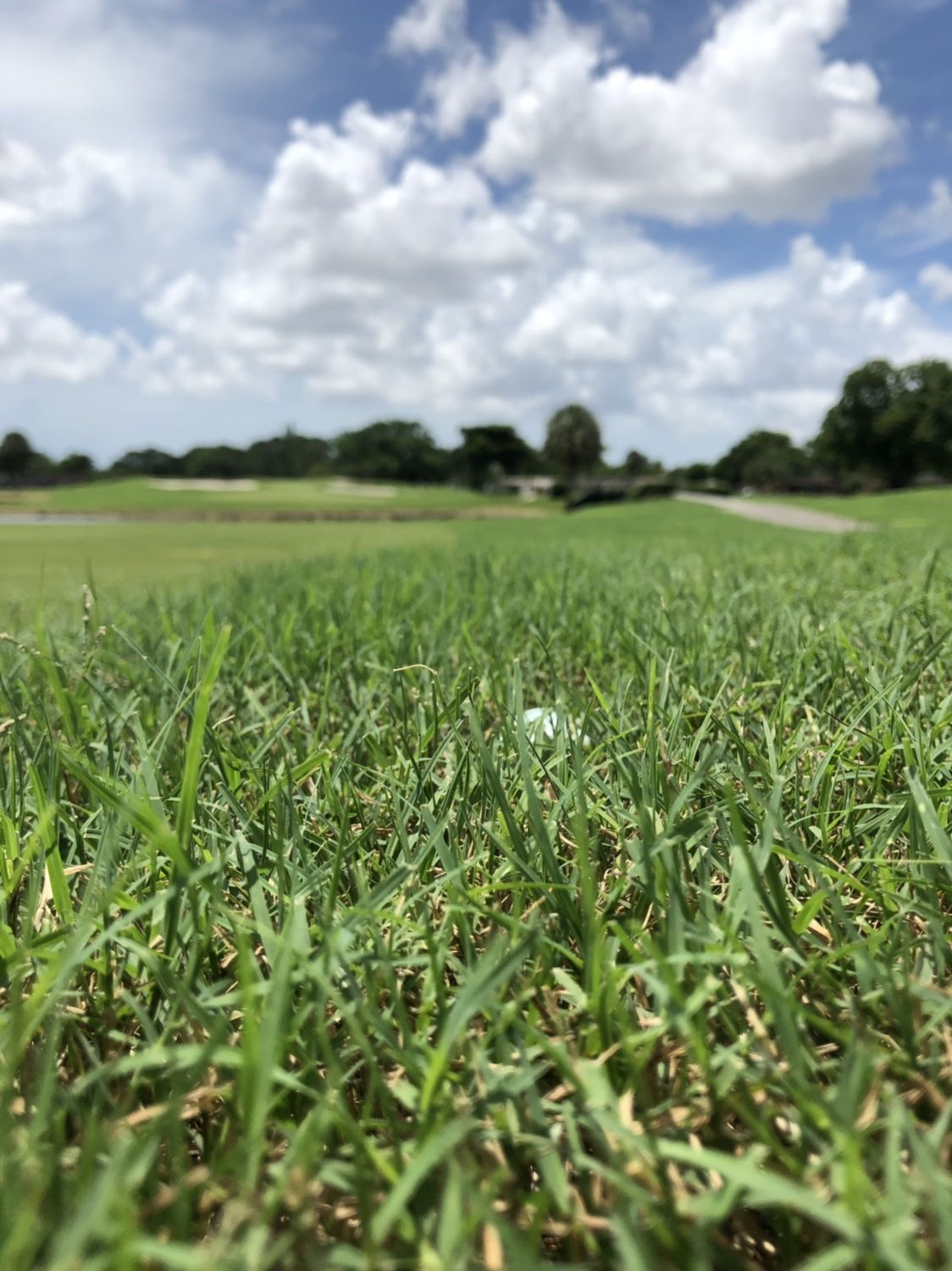 Ball 2, short of the green: 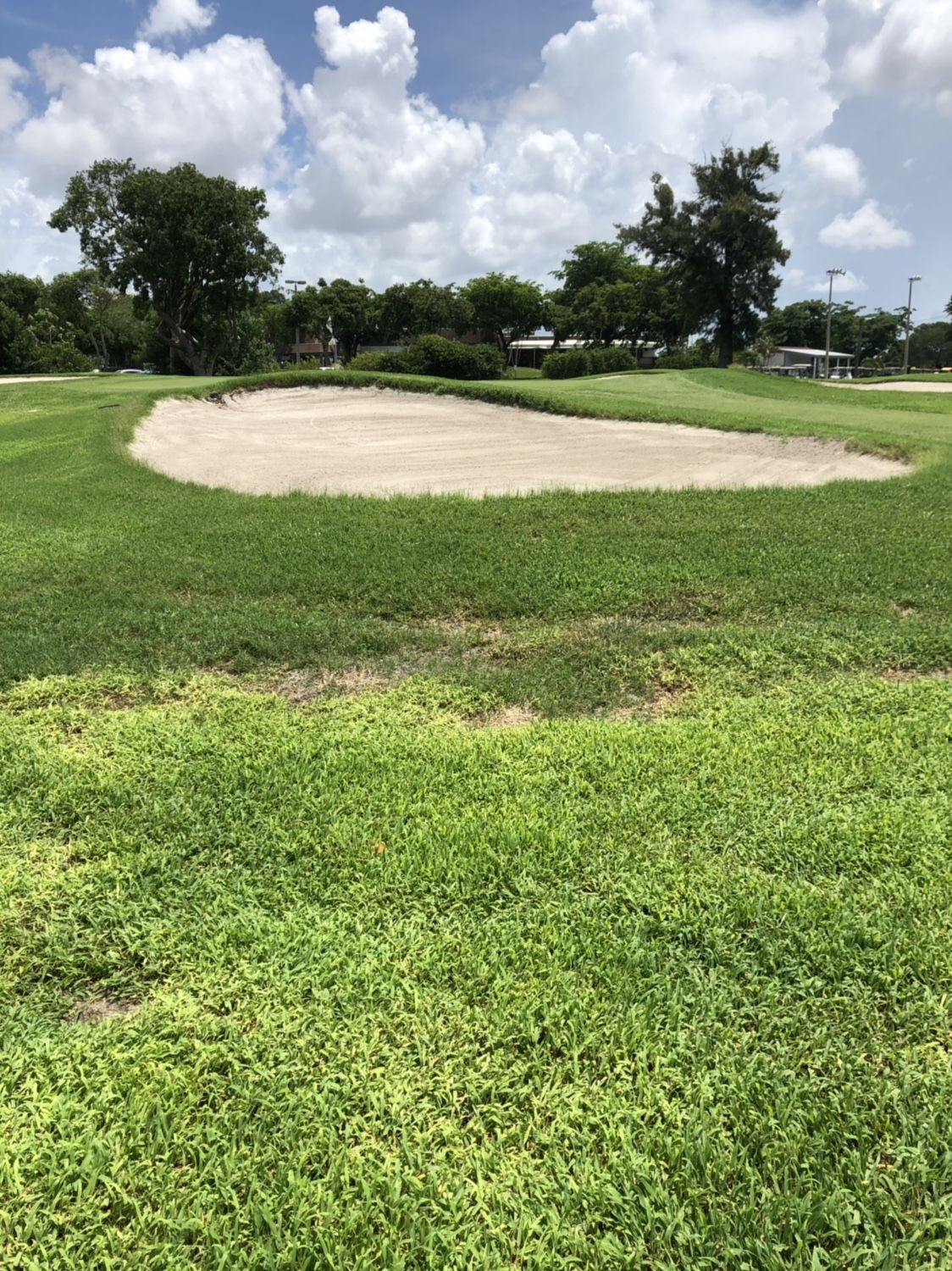 2018 Ultimate Weekend of Golf Sponsored by

That is thick cabbage!!! We have some on our course the same way, you have to almost step on the ball to find it.
Vessel Lux XV cart bag

I get that rough can get too long, but isn't that the point of adding an area of the course to avoid hitting into, gradual rough might be more necessary, having a first cut and the secondary/primary rough makes a lot of sense to me, but man that has to be crazy for a grounds crew to keep up on.

that's pretty much what I have to deal with

ball always down never up, rough so thick you have to club up not down
Spoiler

Location
Usually on an airplane

I say yes. No one should have to lose a ball in the 1st cut of rough. That's exactly what happened to my friend and me last week at one of our local tracks. The course was set up for the city championship, and it felt like they were intentionally trying to make it play tougher than a US Open.

On the 10th hole, we both hit our balls left into the rough that lies between the 10th and 18th fairway. No hazards no forests, just rough, all cut to the same length. We searched and searched, but both came up empty handed.
~Peter

BigDill said:
What do you all think? Was the rough too rough?
Click to expand...

That is pretty brutal. I don't like when a ball that is inches off the fairway is basically invisible unless you're standing right on top of it.

Sent from my SM-N950U using Tapatalk

Sent from my SM-N950U using Tapatalk

I didn't see an issue with the first scenario. The second scenario looked a little worse, but not terrible. I'm used to a different type of grass up here so we'll have a different result as well (I don't hit a lot of fairways so I'm used to looking in the rough. )
[WITB]What's in the Ogio Grandaddy bag:
Driver:

My main issue with the entire scenario was that balls were very difficult to find outside of the fairway, which slows the round down for everyone, on every hole. I get the idea of just keeping it on fairways and greens all day, but the reality is that most people hit the rough from time to time (to time to time to time...). It’s not lost on me that lies in the rough should be punitive and make the shot more difficult. But it’s also not intended to act as a hazard.

I don’t think the conditions were over the line, but I think it was right there at the line and where it was not enjoyable to play. Not because of the difficulty of hitting out if the rough, but having to find the darn ball when, as someone said earlier, you can’t see it unless you are standing over it. That seems a bit aggressive for a $50 round public course. I guess you could say that my round today was extra rough.

It just got me thinking about it, and hearing what others have experienced.
2018 Ultimate Weekend of Golf Sponsored by

I agree with others that there should be a first cut before getting to that stuff. The stuff you are showing in the pictures does not seem unreasonable to me for rough that is more than a few yards off the fairway.
Driver:

Sox_Fan said:
I agree with others that there should be a first cut before getting to that stuff. The stuff you are showing in the pictures does not seem unreasonable to me for rough that is more than a few yards off the fairway.
Click to expand...

That’s where I come down. The first picture is literally a yard off of the fairway. If it was 30-40 yards off, then sure, let the cabbage flourish.

My guess is that today is their cut day, since I saw a lawnmower on one of the tee boxes.
2018 Ultimate Weekend of Golf Sponsored by

When Pkorf had his spring outing, it was WET. Therefore one of the courses hadn’t mowed the rough (I don’t think at all yet this season). I’d have loved for that rough to look like yours, lol. It was fairway, or it was death. You hoped to be able to even advance it to the FW with one swing, let alone going forward. I’m sure that’s far from the norm for that course though.

That looks pretty thick, but this year in OH, we’d pretty much take it. I’ve seen FAR worse.
2019

Looks like the rough at my home course. I don’t think it’s bad and since it’s the courses only real line of defense (no bunkers, minimal water, fairly flat) I understand it. If it didn’t have that thick rough it’d be a very boring course

Your pace of play concerns are what I’m most concerned about. People looking for balls all day makes it a brutal round mentally and on the clock.
WITB - Always changing...

I don't think it is too long but I do think that it can greatly affect Pace of play when people are looking for their 5 dollar ball which should be right there.
Morgan Cup 2018 Team Paradise Cobra Ultralight Bag

BigDill said:
That’s where I come down. The first picture is literally a yard off of the fairway. If it was 30-40 yards off, then sure, let the cabbage flourish.

My guess is that today is their cut day, since I saw a lawnmower on one of the tee boxes.
Click to expand...

I agree with this.

Staff Writer at The Hackers Paradise

I used to belong to a course that was so proud of their rough that they re-seeded it every year to keep it think and lush. During that time it was keep the carts on the cart path or in the fairway! There was a home lawn mower wide swath of intermediate rough between the fairway and the thick stuff. If you got into the long stuff it was tough to find the ball and once you did the only option was to hit nothing more than an "8-iron back in the stance" as we used to say. It was a Pete Dye design and considered a "player's course" and rated accordingly.
Last edited: Jul 6, 2019
In my TaylorMade Supreme Golf Bag:
Driver: Callaway Epic Flash 10.5° (S/D) w/Project X Evenflow Green R Flex
3W: Callaway 3W Mavrik Max w/ UST Helium Black 4F2
5W: Callaway Epic Flash (+1/N) w/ Project X Evenflow Green R Flex
Hybrid: Callaway Big Bertha 4H (+1/N) w/ UST Recoil 760 ES F2
Irons: PXG 0211DC 5-GW w/ MMT 60 A Flex
Sand/Lob Wedges: Callaway 54° JAWS / 58°W Jaws w/ KBS Hi-Rev 2.0 115g
Putter: Seemore Original FGP Mallet
Ball: Callaway ERC Soft / Maxfli Tour CG / Snell MTB Black

That’s too long for Bermuda because everything bird nests in it. That height would be more than playable on a cooler season grass.

The rough at our course this year has been out of control...

Can you see my ball??? It's there. Last year, I thought the rough was too patchy. Well it was fixed this year. Be careful what you wish for.

I have no problem with rough being punishing, but super deep rough does not belong on a public course imo. When the ball becomes hard to find in a common area it causes major pace of play issues.

Unfortunately near me the weather has been nearly perfect for thick, lush rough. It rains and then gets sunny. They are mowing every 4 days or so, but the rough is tough here too. It's also really yellow so my Truvis are hard to see. I have been playing some old white B330RX's I have instead.

I played Bethpage Black a month ago (three weeks after the PGA Championship) and that rough was ludicrous. We did almost lose a couple balls that barely missed the fairway, and at times you were better off missing the fairway by 30 yards so you could hit out of the fescue rather than the rough two yards from the fairway. But to be fair, it’s supposed to be a punishing course and there are very few hazards or obstacles other than the sheer length and tough green complexes so the difficult rough made sense.

A different Tillinghast state park course I play lets their rough get out of control too sometimes and it’s already an exceptionally narrow course with trees lining every fairway and green so the rough really doesn’t need to be too thick to penalize a wayward drive or approach.
Ping G410 9*
Ping G410 17.5*
Callaway Apex 3,4 hybrids
Cleveland CBX 5i - 58
Secret Cleveland Putter

Location
Too close to golfinnut