Can you imagine this scenario?

This is a duel to the finish. Such an unlikely outcome too. Can you imagine two golfers tied for the lead teeing off on #18. One golfer eagles the hole .... and LOSES the tournament. 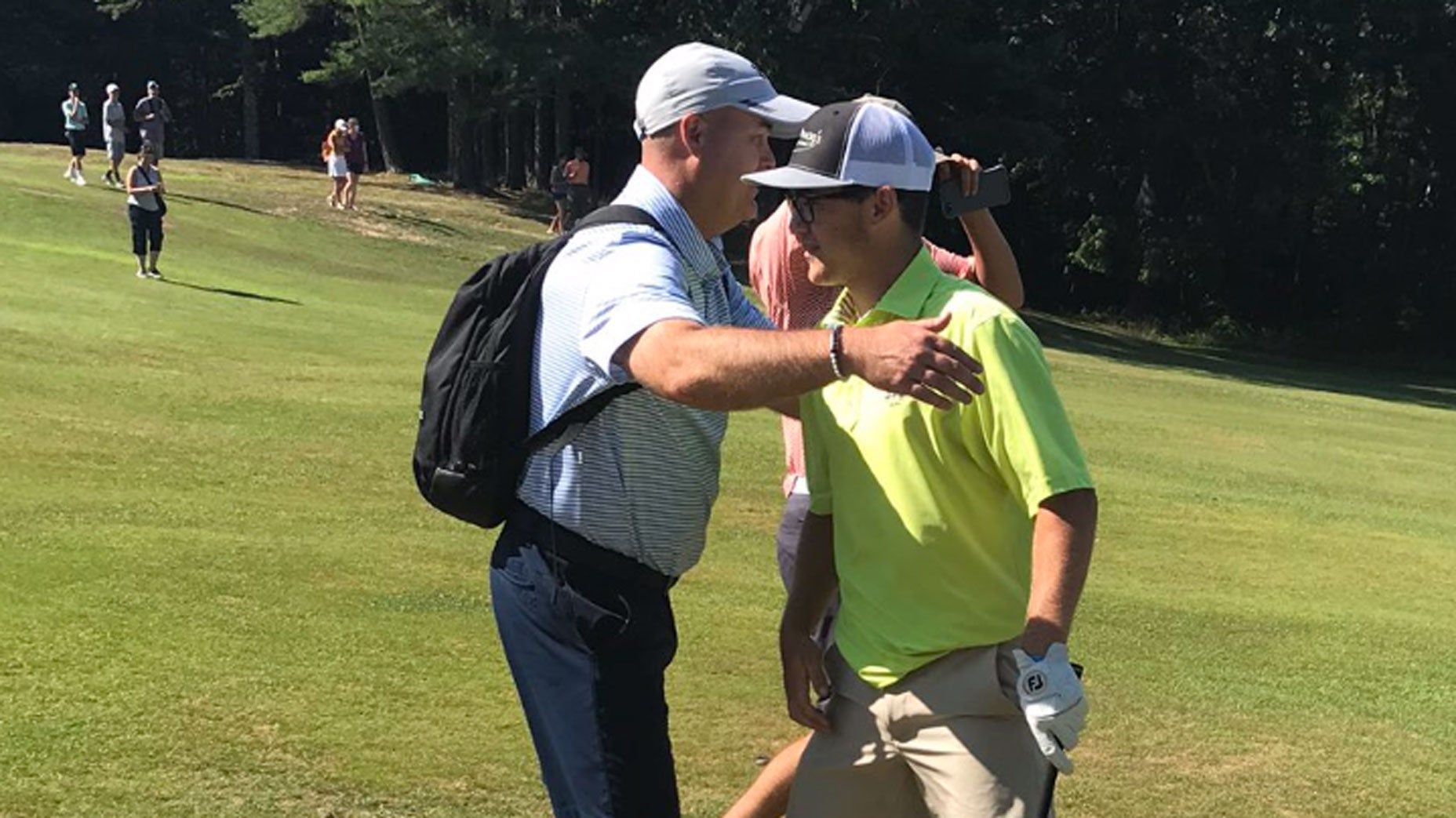 How a golfer was tied for the lead on the final hole, made an eagle and lost

Two players were tied entering the final hole of the Maine State Golf Association Junior Championship. One player eagled the hole. And lost.

"Caleb Manuel was tied with Armand Ouellette entering the last hole of the Maine State Golf Association Junior Championship. Ouellette had hit his drive about 250 yards on the 495-yard, par-5 18th at Gorham Country Club, then hit a hybrid to the green. He had a makeable eagle putt.

Ouellette did make it.

Ouellette did not win.

Manuel made a two.

"Manuel, according to the Portland Press Herald, hit a 6-iron from 193 yards away on the 18th, and his ball went 193 yards. His 6-iron took one bounce on the green, rolled 10 feet and dropped. An albatross. A double eagle. A score made once out of every 6 million shots, according to the PGA’s website. One of the rarest scores in golf.

To win a golf tournament."
Driver:

WOW. To answer your question, NO!! I could've never imagined that scenario.

At that point, if you're the one who lost, you couldn't even be mad. That's crazy

Watched it on the sports highlights of the local station, pretty amazing!

That is crazy!
2019 The Graphite Challenge -

sure, I can imagine it. I mean why not?
It is not the first 2 on a 5 and it wont be the last. Just happen to coincidentally be on 18 and with a tie scenario. But sorry yes I can believe it.
I golf because I can But I stink because I can't

Love it for the kid that won and hate it for the one that came up one short in a valiant battle. In my eyes they both are winners.

That's bananas, can't even be mad if I were the other player
WITB:
Driver-

OMG - that would be something to see! I remember this one from the WSOP:
What's In The Bag:

That would be the ultimate right there. Pretty cool for that kid. Just goes to show anything can happen at anytime..
WITB: In My 2015 #TeamRedemption Grandaddy Bag

What a brutal way to lose. Hard to get down on yourself over that one though, the other kid hit a once in a lifetime shot - them's the bounces.
In my

lukemartin93 said:
I’m impressed the guy made the eagle putt. Maybe I’m wrong but I’d assume he saw the albatross go in. I’d be so in my head seeing that and knowing I couldn’t win
Click to expand...