Covid vaccine - what were your side effects?

Too many variables to draw conclusions. We got them last week, Moderna, only issue was pain in the arm for 2 days. I even got the flu shot in that same arm. I did not miss any workouts either.

i think blood type, medical history, age, what your previous shot was, how long ago you received the original shot etc.
Formerly Jaw2000 but still, Be grateful always.

Member of The 2021 Dream Foursome

Got my booster last week. Had some bad aches. J&J and then the moderna booster. My fiancé got moderna for all three and had it worse than I did.

Got my Pfizer booster and a pneumonia vaccine in the same shoulder a couple of weeks ago. Had a sore shoulder for about a day but that was it.
For those that can’t laugh at themselves, call me. I’ll laugh at you.

Got my Moderna booster on Tuesday - sore arm yesterday. Fine today. Fewer after effects from booster than from second shot.
WITB
All Women's Clubs
Driver -

SuperSoft in yellow/ SuperMax in yellow

My wife and I got our boosters of Moderna this past Friday. We both had a sore arm for a couple days and some fatigue the day after but that was it. Her first dose she ran a temp and was tired but the booster was less effects.

Chiller Hybrid on a

Got a moderna shot today as a booster to my J&J from last March. My arm is not even sore yet. I had a small reaction to the J&J so I am hoping the moderna is mild as well.

Mine were awful, notification made to VAERS.

Dreaded the 2nd shot. Following the shot was a headache and the dizziness again. Couldn't sleep though because our neighbor's 9 yr old was having her birthday party here. Her 36 year old active Marine dad had just passed away the month before from Covid and her mom requested if they could have the party here. Of course, but all the kids running around, even with me in the basement, I couldn't sleep. Sure was tired enough to, though.

They leave by 10 PM and I pass out by 11, anticipating issues, I slept in the basement so as not to disturb the Mrs as she had to wake for work very early.

Was in a pool of sweat all night. Would wake up and guzzle a bottle of water, drank several throughout. At 8:23 AM, I woke and headed to the bathroom. I felt extremely weak, confused, not at all myself. When I reached the bathroom, intense shivering overcame me, at least I thought it was shivering at first.

When it overwhelmed my entire body and dropped me to the floor, I realized that it may just be that I was convulsing. I couldn't control my body but I concentrated with all my might do drive my tongue into the roof of my mouth so I wouldn't swallow it. I couldn't even tell if I was doing that, complete lack of brain/body connection.

I thought I called for my wife because I was screaming her name in my mind. I didn't, but she said that she heard banging and groans to find me rigidly flailing. It subsided but my body continued to shake, sort of a hybrid shiver/full body spasm and I was very suddenly FREEZING cold. She got me to the bed and covered me with 5 blankets.

From then, I'd fall asleep for an hour and wake incredibly thirsty with shivering still present but subsiding some each time. Over the next 5 hours, I drank 6 bottles of water without having to urinate. From the time that I first went to sleep until I'd arise to stay out of bed, 15 hours passed.

For the rest of that waking day, the opposite effect. I endured a 16 hour long hot flash. Like, an absolute furnace within me. I set the AC in the basement to the low 60s but it had no effect. Hot flashes would come and go for days. Headache and dizziness would persist.

The day after that 2nd shot and ever since, my stomach has been spasming. Not my abs, my actual stomach. I already knew it but it was confirmed when I finally received a series of 4 epidural shots the week after. Through the x-ray machine, or whatever they use, the doc said, "your stomach is spasming, that is not normal. How long has that been happening?"

I didn't wanna get into it with him so I just said "a few days, I'm probably just dehydrated."

I will NOT be getting another shot. No boosters, no follow-ups. There's much more to this story but my thumbs are tired.

Better to be lucky than good

I got my Moderna booster and flue shot in the same arm Tuesday and Wednesday was pretty rough until early afternoon.

It was all good today but doubling up before FL may have been a poor choice.

I got the Pfizer booster and flu shot in the same arm and nothing but a little tenderness. All gone today 2 days later.

Pfizer booster in one arm and flu shot in the other. No effects from the Flu, the Pfizer booster hit something weird and I lost strength in my arm for about 3 days and couldn't lift it past about 60 degrees. Nothing bad overall though the arm was great up until about 45 degrees then the pain started and I couldn't pull much.

I got my moderna booster yesterday. It wasn't nearly as bad as the second dose. I just felt like I was hungover for most of the day at work. I used to feel that way a lot, so I powered through and had a productive day.
Tommy Armour 845 10.5 Driver

RealPretendPsychic said:
Well that’s terrifying. I had to take a day of PTO after my second moderna. Pretty nervous about the booster.
Click to expand...

You will be good. The weird fatigue and aches only lasted a couple hours the next day. I didn’t have any effects with the first two but a sore arm. It was very manageable.

So for my Moderna booster it was not as bad as the second Moderna, just sore arm and a little fatigue. But my wife was knocked down by her Pfizer booster - with no reactions to the first two.
Clubs
Driver -TM RBZ 9
3 wood TM TBZ 15
Hybrid Titleist 19
4-GW Titleist AP3
Wedges Vokey SM8 54 58
Putter TM Spyder

MarMill said:
Just got the Moderna booster yesterday and I have had more aches and fatigue/headache than both of the vaccine shots.
Click to expand...

Same for me except Pfizer and hot flashes / fever and headache on day 1. Fatigue on day 2. On a scale of 1-10 with 10 being worst the shots were a 0 and 1. This is probably a 3. Not horrible by any means but noticeably more than the shots
Last edited: Nov 5, 2021
Captain, Team THP in the 2018 Grandaddy
#100Birdies10kLaughs
Team THP:
PhillyV (The AssCap), ArmyGolf, dacatalyst41, Shanewu, BlueHen2006, KEV, mpeterson, Boder, Phil75070, rogt, ttucliffhanger, dazeedmonds
​
In my

Just happy to be here!

I had no noticeable side effects from either Pfizer shot. I think I'm eligible for a booster soon.

I did expect the microchip injection to hurt more when I got the shot originally (J/K)
Driver:

Had my booster almost 6 weeks ago now and had zero problems, not even a sore arm at the injection site - how much a vaccination hurts is down to the vaccinator anyway, my flu jab was more painful than all 3 of my COVID jabs

Got my booster scheduled today. Will report back.

Captain of Team Hackers for the 2021 Morgan Cup presented by 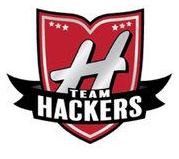 Member of #TeamHackers in the 2021 Morgan Cup!

I got the Pfizer Booster - Little sore arm and felt a little woozie about 4 hours after - Next morning I was fine.
In my

I am not eligible for the booster, correct? 31, no other conditions, just work in an office?
Hi I'm David!
2021 Grandaddy - Team THP #FunForEveryone

RealPretendPsychic said:
I am not eligible for the booster, correct? 31, no other conditions, just work in an office?
Click to expand...

Thought you told me you had an underlying, undetectable, medical condition that affects your immune system that made you eligible?

Iceman! said:
Thought you told me you had an underlying, undetectable, medical condition that affects your immune system that made you eligible?

Haha I’m willing to wait. Our pharmacies have actually had shortages around here. I had to call around to a few just to find one who had some in stock for my wife.
Hi I'm David!
2021 Grandaddy - Team THP #FunForEveryone

I'm in Canada and got a mix of Moderna and Pfizer for the 2 shots. Both times i had what i would call the equivalent of 2-3 hour mild flu. That didn't bother me a lot, the arm pain was actually worse. I got both shots on Mondays so it wouldn't affect my golf LOL

Ironically, i also had covid earlier this year, and other than an annoying cough i really had no symptoms.

RealPretendPsychic said:
I am not eligible for the booster, correct? 31, no other conditions, just work in an office?
Click to expand...

I can't comment on your country guidelines, but here in the UK it is only healthcare workers, people over 50, or people under 50 who have an underlying health condition

So unless you fall into one of those groups, you wouldn't be eligible by our guidelines
Bag - Adams Tech Lock