As players get bigger, faster and stronger on the PGA TOUR, low-launch, low-spin driver shafts have become commonplace for those with high swing speeds. Fujikura's Ventus is the latest shaft to offer what the shaft manufacturer calls a "TOUR-driven tip stiff profile" with low torque throughout the shaft.

For those players with high swing speeds, low torque throughout the shaft should reduce twisting at impact for a tighter overall dispersion. The stiff overall profile comes from a full length pitch 70-ton pitch fiber at 45 degrees in the bias layer that's designed to improve consistency and was shown to boost Moment of Inertia (MOI) for more center face strikes during testing.

During the Safeway Open, TOUR winner Cody Gribble and Andrew Landry became the first two players to use the shaft in their driver (Gribble) and fairway wood (Landry). Gribble noted during testing that his impact location was better overall with Ventus than the company's Speeder Pro Tour Spec shaft he was using at the time. 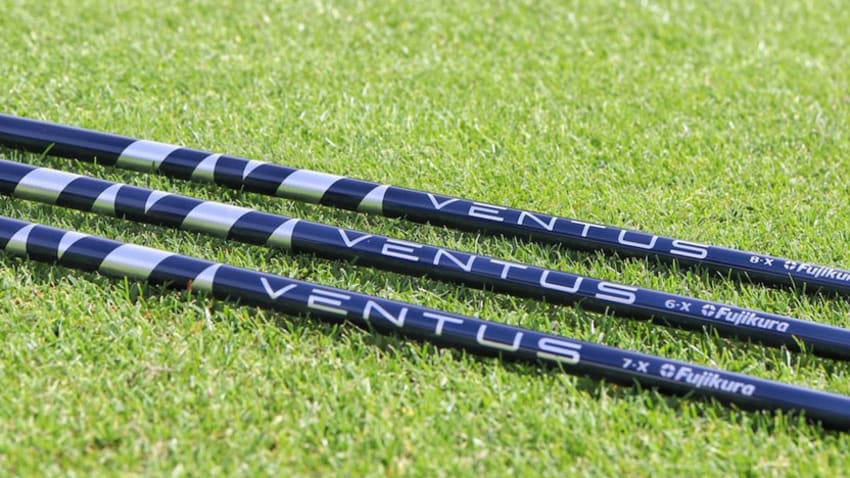 Way too close to JohnSInVA!

I saw this as well. Intriguing to say the least

"Competitive golf is played mainly on a 5 1/2 inch course ... the space between your ears."

i think we will hear more about this during the pga show. doesn't sound like a profile that would suit me very well. fuji shafts haven't done much for me, but the atmos line is really freaking good.

Probably a lot more shaft than I can handle these days, but looking forward to learning more about them.
Driver:

Location
North of my desired location

Got my email from fujikura today looking for my build specs. So hopefully this will be in hand soon.
"It is what it is"

"If you fail to plan, you plan to fail"

Sign me up right now for an 8-X! (Actually I'll probably wait until the price comes down).

Heavy shafts that are low/low are my cup of tea. I still love my Speeder Tx that came with my first modern driver. I don't use it anymore as I found a stronger hunk of rebar, but it suited me very well.

Also-since it seems like virtually every release of virtually anything golf related gets tested around these parts, I humbly volunteer if that comes up
2019

emart2173 said:
Got my email from fujikura today looking for my build specs. So hopefully this will be in hand soon.
Click to expand...

Location
North of my desired location

Fortunately my wallet won’t be hit for this one.
"It is what it is"

"If you fail to plan, you plan to fail"