I see JT is rocking a hoodie during his round today. Is that something you’d wear. I don’t want that hood giving me anything else to worry about.
But respect other views and styles. My brother in law used to beat me like a drum wearing a pair of jorts. Blue jean shorts.
:wilson: Nexus stand bag
:wilson:Triton 10.5*
:wilson: FG5 13*

I do occasionally. It’s a lighter hoodie though. Basically a thicker long sleeved shirt that has a hood haha. It’s nice for windy or cold days when I forget my beanie
THP Events:
2017 Wilson Staff Proto: #TeamMarketing
2018 Ultimate Weekend of Golf sponsored by True Temper

My rain jacket has one... but other than that none of my golf attire features a hood. I’m not opposed to it - I wear hoodies all the time. Just not on the golf course.

I wear hoodies so much with work I have to remember to grab something without one. Which I usually do, but I have some nicer ones that I'll wear golfing in cooler weather. I can't stand having a hood actually on my head and swinging a club, but it's handy when you're zooming in a cart in the morning. Keeps the cold air off your ears.

Under Armour makes some decent mid weight ones that look nice enough and move well with a golf swing. I have a couple and find myself wearing them more and more.

edit: It felt strange at first, but with a nicer hoodie and how more casual/athletic 1/4 zips are worn by so many, I've realized that from a straight view people would have a hard time even knowing which I'm wearing. Especially the under armour ones. The only real difference is my ears aren't cold getting to my ball. My club is pretty casual though. I probably wouldn't wear one outside of a casual round, but I'm digging the built in ear and hand warmers.
Last edited: Feb 14, 2020

Have tried it a few times but couldn't stand the hood moving around during my swing.
Driver:

I have before, but prefer not to.
Grandaddy Fusion 14 Stand Bag:

Never. Hoodies dont belong on a golf course.
Whats in my

Not a hoodie kinda guy....Can't think of any time I have worn one on course.

Why not? It's just a golf course.
2019 Participant in Ben Hogan Experience!
2018 Participant in Ultimate Testing with Titleist!
Proud member of Shaft Up #1 and Shaft Up Finale with UST Mamiya
Driver-

I wear zip hoodies as jackets all the time playing golf. They are great.

Wear hoodies all the time when it is less than 50 degrees. Helps to keep the noggin still (and warm).

I wouldn’t. I don’t want the hood flying around my head. I’ve swung a club in one, not a big fan.
In My 2018 #TheGrandaddy

Not my look. If I need something on my head, I’ll throw on a knit cap.
Be kind to someone today.

I have this Adidas golf hoodie, but I’ve yet to wear it on the course. It has been crossing my mind recently though. 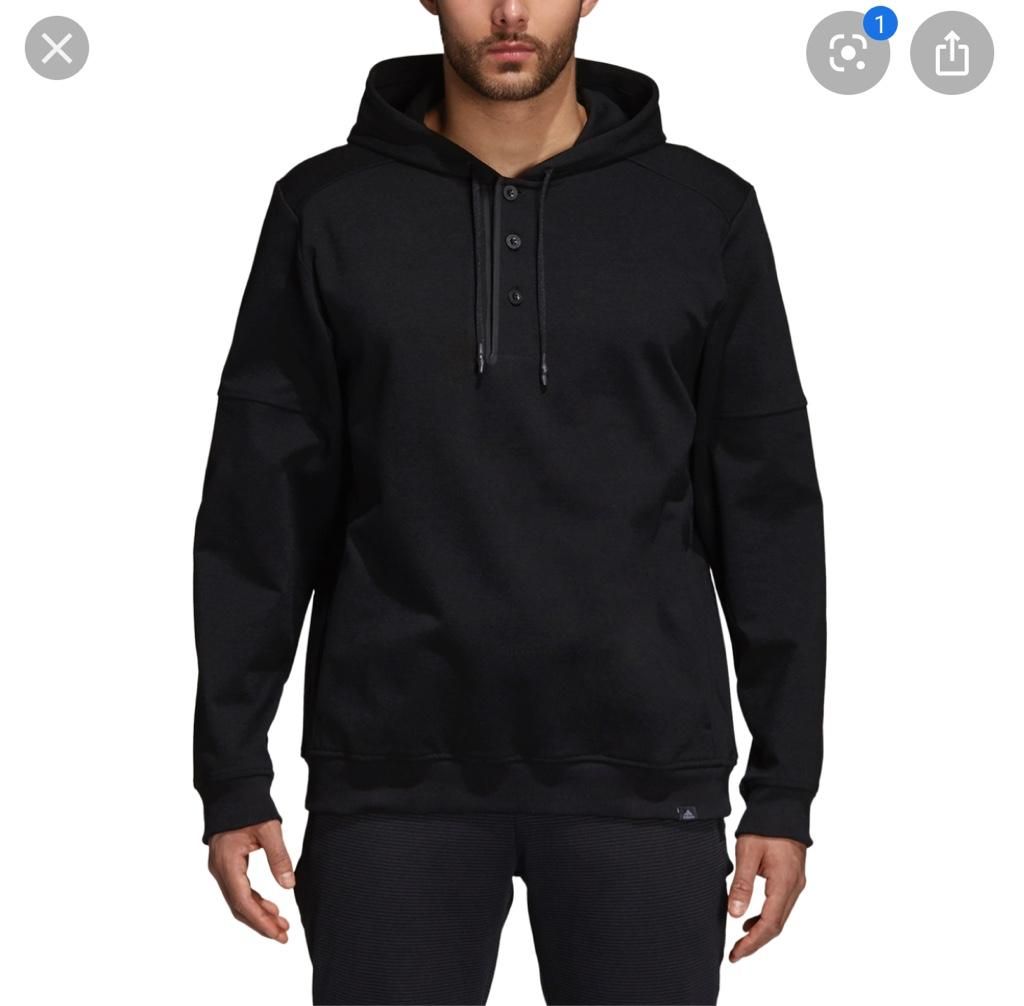 dazeedmonds said:
I wouldn’t. I don’t want the hood flying around my head. I’ve swung a club in one, not a big fan.
Click to expand...

I couldn't handle that either. The ones I wear the hoods sit fairly tight when they're down. Feels more like a big turtleneck than something moving on its own.

I haven't but don't think I would have a problem with them, I wear them often.

Couple times when the weather as been colder than I dressed for, I've thrown a hoodie on and never thought twice..... I have a couple nice Puma hoodies that are super comfortable and I always keep one in the car.

I generally end up wearing thicker hoodies on the course when the weather gets iffy.

Cannot say that I score anywhere close to decent when doing so however.
Struggling with the lack of golf in my life.

Like hoodies but probably wouldn’t ever wear it on the course.
WITB:

I have a couple times but prefer not to. The ones I've worn have had the strings removed though, having those hanging down would be a problem for me.

Honored to be the 1st member of the Grandmama!

Sox_Fan said:
Have tried it a few times but couldn't stand the hood moving around during my swing.
Click to expand...

Same. I'd rather switch to a knit hat if I was trying to keep my head warm.
-Sean