The MP-63 iron is an evolution of Mizuno’s most popular tour iron. The legendary Grain Flow Forging process combines with an innovative Diamond Muscle design to create the perfect blend of feel and control in a "player’s cavity."

The design goal of the MP-63 was to retain the iconic head profile (head size, top line, offset, sole width), which Mizuno is know for and also prolific on the world’s professional tours, and make an improvement in feel and versatility.

Through the use of Modal Analysis, Mizuno studied vibration simulations of the head and experimented with several methods of affecting the sound and feel at impact. Numerous new concepts were then blind tested by Mizuno’s tour team, including Luke Donald, and the Diamond Muscle Design, which reinforces the head from heel to toe, was the clear winner.

The sole of the MP-63 includes the visible grind on the trailing edge for precise turf interaction that delivers complete shot versatility, and the progressive “player’s cavity” ensures playability in the long irons while delivering pin seeking control in the scoring irons. 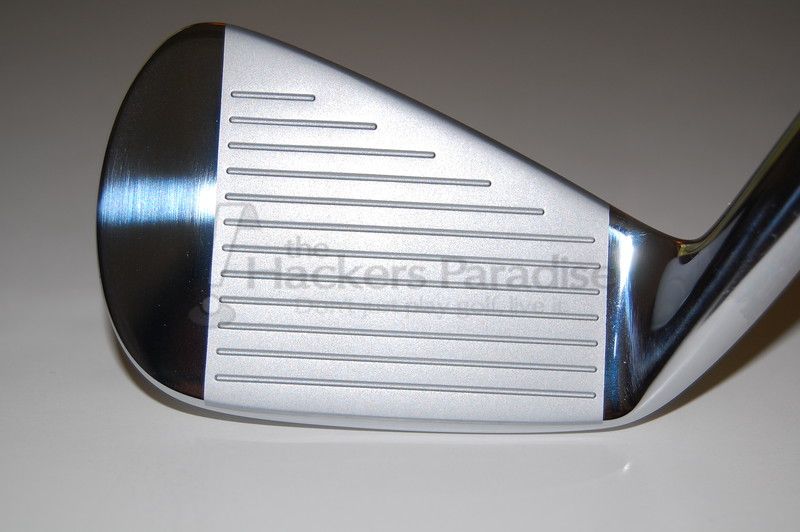 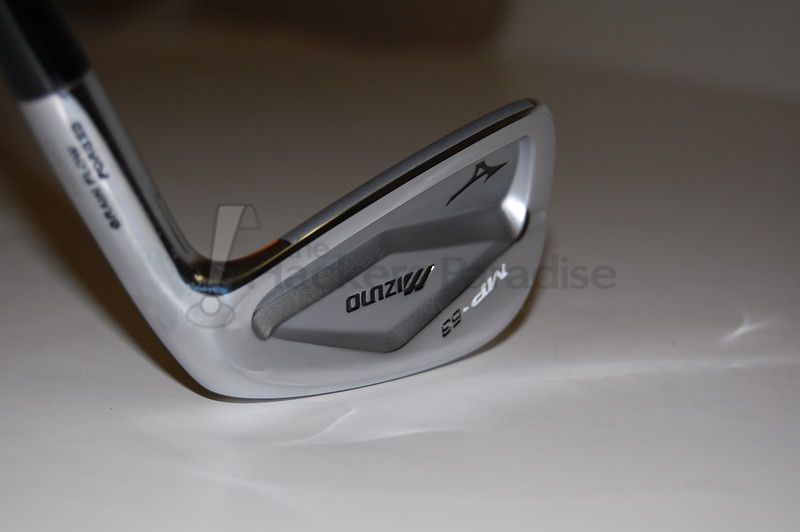 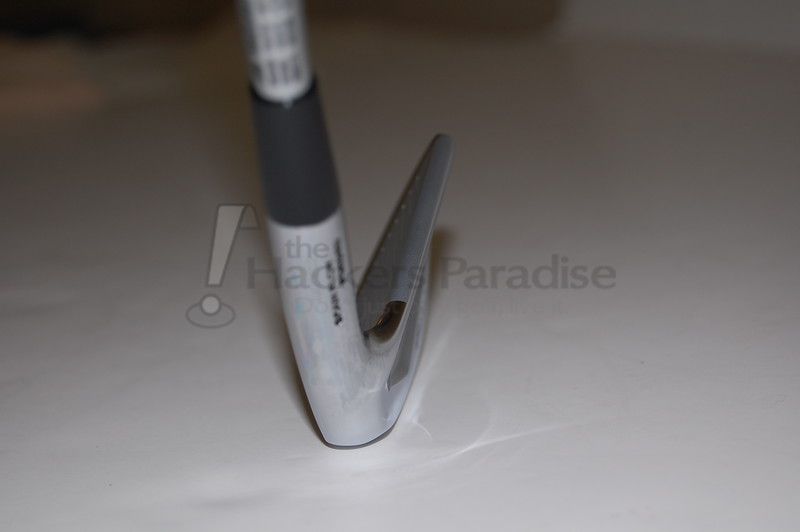 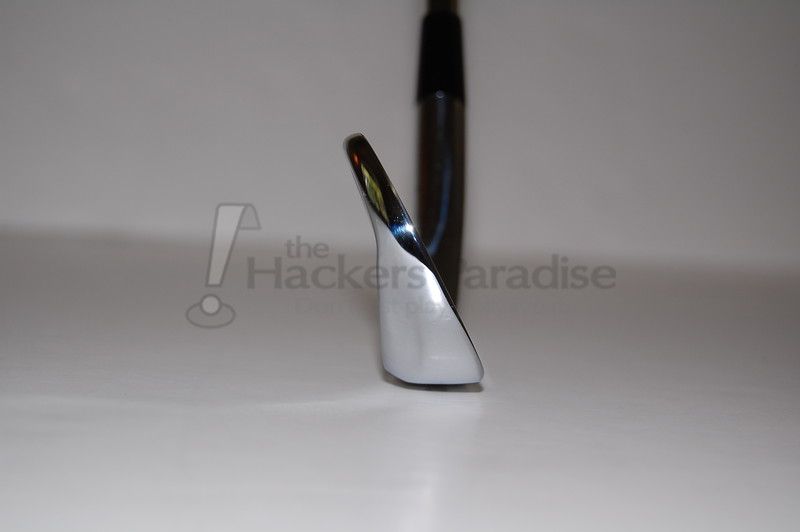 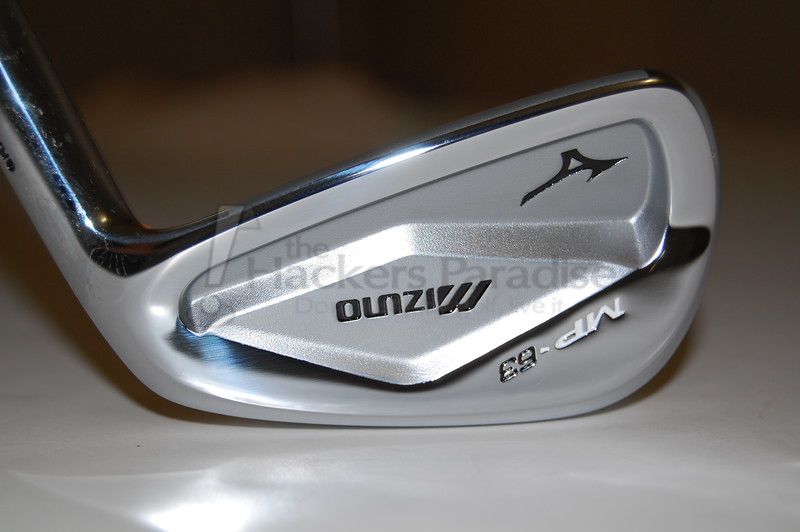 In my Bag Boy Hybrid

Manufacturers are coming out with new equipment left and right. With all the testing you have to do when do you find time to sleep, watch football, post, and talk to GG?

god are those sexy irons....sucha classic and timeless look.
Driver--

I can't wait to try these. Mizzy has some of the best looking irons and they never disappoint.
Whats in my Bag..

Sean said:
Manufacturers are coming out with new equipment left and right. With all the testing you have to do when do you find time to sleep, watch football, post, and talk to GG?
Click to expand...

That is why we are adding another tester.
In my Bag Boy Hybrid

Definitely one of the better looking Mizuno irons to be released in a while.
Check Out THP Tv on YouTube for Range Days
Follow me on Twitter and Instagram
Catch a new Off Course Podcast every Friday on SoundCloud

Great looking irons. simple, yet a little flashy at the same time. I like that.
In my

I really love these Mizzies!!

Another Day in Paradise

Man o man, it's no wonder I have trouble sleeping. Those are beautiful.
Cart Bag

another set of very nice clean looking irons! Now I am going to have to go to Denver and find some to hit.

stunning looking irons...
In my

I dunno, maybe I need to see them in person but I think theyre kind of ugly.
WITB :
Spoiler
Driver -

Freak.....I finally get off the Mizuno bandwagon for irons and then I have to lay my eyes on these?!!?!

Definitely agree with _JL_, I think they make the best looking and best feeling (on a pure strike anyway lol). I get the feeling these are going to make a strong case for a spot in my bag soon.
My Golf Bag:

And yes, I practice using

MP-37s. According to my coach the "shovels" (R9's) are turning me into a lazy bastard.

I'm probably gonna get flamed here but I think these are pretty ugly...especially for Mizuno. I like their normally smooth lines and the jagged straight line cavity back is just ugly to me. Remember this is strictly my opinion.

They are lovely irons, but I'm not 100% on the look of the diamond back design. Didn't McGregor or someone have something similar years ago?

In saying that, I struggle to dislike any iron that Mizuno produces. They do it well.
[witb]

I was hoping to get some feedback on what you thought about these irons. Anyone used them or know someone that has?? 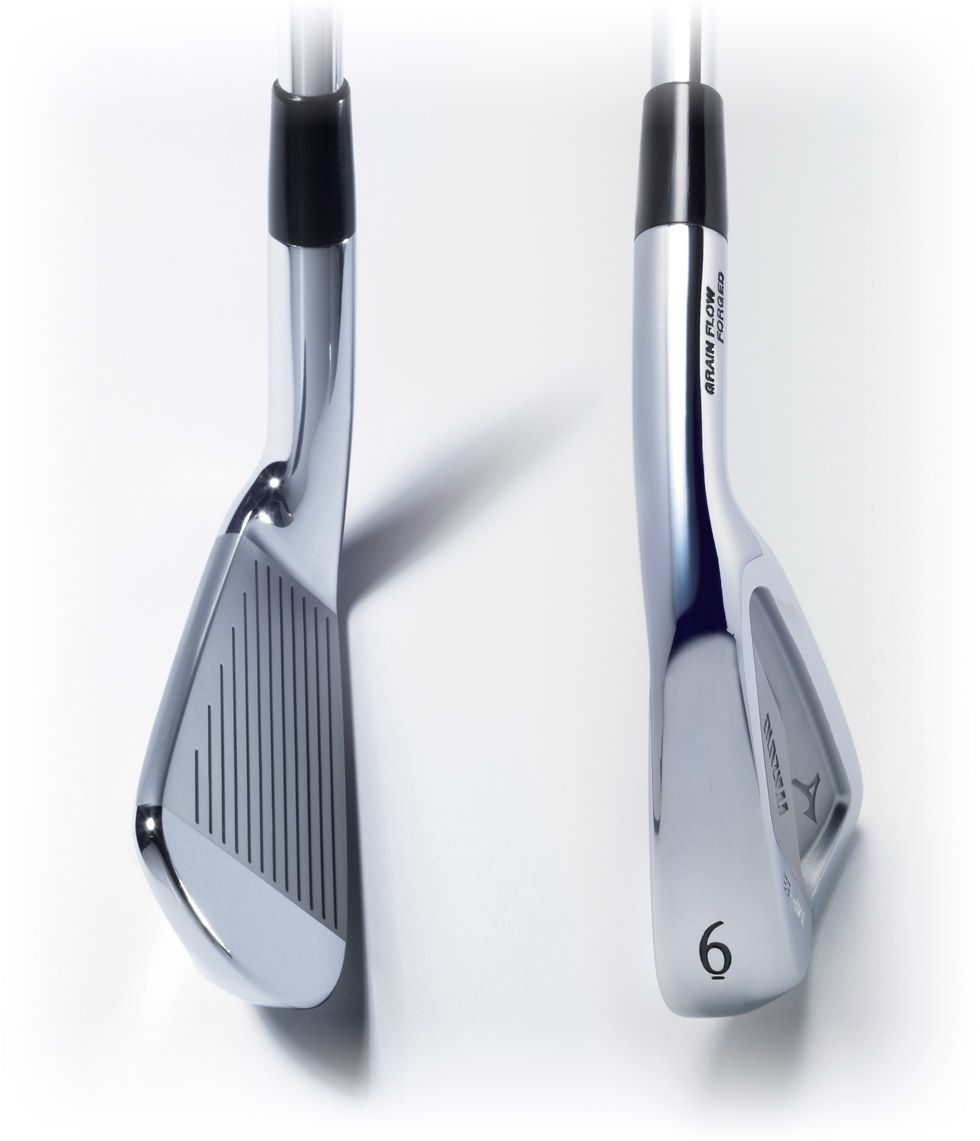 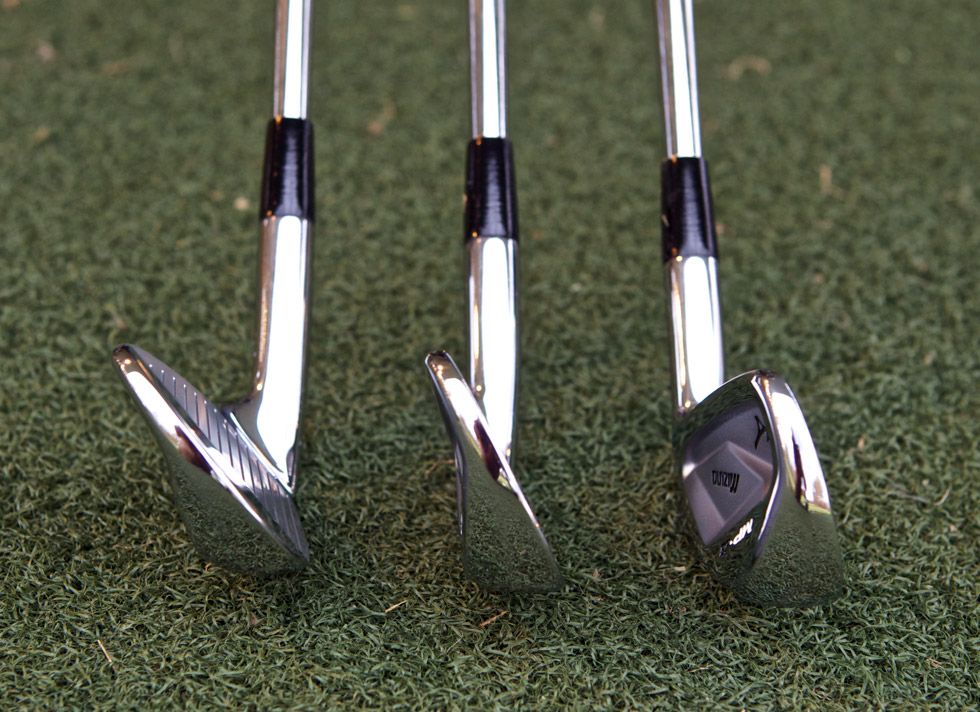 BulldogsGolf said:
I was hoping to get some feedback on what you thought about these irons. Anyone used them or know someone that has??
Click to expand...

Merged this with a bigger thread on the subject. And here is a thread from the THP Demo Day with a lot of feedback as well.

http://www.thehackersparadise.com/f...-Demo-Day-THP-Outing-Reviews&highlight=mizuno
In my Bag Boy Hybrid

Wow, with all the blades recently released, I think these are the most beautiful. The Taylormades are the cool ones, and the Callaways are... well yeah.

Decibel Stand Bag
Any ball I pull out of my big tub.

BulldogsGolf said:
I was hoping to get some feedback on what you thought about these irons. Anyone used them or know someone that has?...]
Click to expand...

Hi Bulldogs, not too long ago I posted my experiences with these clubs. I hope this helps a little.

For fun I went to my local range tonight and grabbed a bunch of demo Mizunos to experiment with. I snagged a MP-63 a MP-53 and a JPX-800Pro. I was going to grab a JPX-800 as well but my buddy that works there refused to give it to me. That would have been best for my experiment but I had not really thought about it too much at the time and was more interested in his reaction when I asked for a JPX-800 demo.

Method:
All the bays have hand measured distances to pins that are accurate so I chose a bay that had a pin exactly 170 away. I chose 170 because that is the edge of my comfort zone with my J36 6i thanks to some swing tip from resident pro Andy After warming up I continually swapped out each club in no particular order hitting at the most 3 balls before swapping to the next club. I avoided trying to hide which club I was hitting as they all look very different at address to me and I didn't see any benefit for trying to do that. I went through about 140 total balls in this manner. I hit another bucket afterwords comparing one specific club to my j36 but more on that at the end.

JPX-800Pro - High launch, very high ball flight, good distance. A well struck ball would carry 7-10 yards past the pin (177-180 carry.) I never really opened up and tried to crank one as I would never try that on the course. Misshits were forgiving and showed very little loss in distance but I would have liked a little more feedback on where he ball was struck on the face.

MP-53 - Mid launch, relatively high ball flight but more boring off the launch than the JPX-800Pro, average distance, A well struck ball would carry about 7-10 yards short of the pin (160-167 carry.) Misshits were strange with this club for me as when they were out on the toe the results were very inconsistant. The feedback was similar to what I get from my J36 but slightly more muted.

MP-63 - Mid launch, boring mid ball flight slightly higher than my J36, very good distance from 10 past to off the back of the target green (180-?) Mishits were very consistant across the face and resulted in holding the line well and getting nearly pin high. The feedback was perfect for me, not too harsh but more than enough to know where the ball was struck on the face in fact the sweet spot felt much larger on the MP-63 than the J36 as well as the MP-53.

J36 - Mid launch, boring low/mid ball flight, distance on a well struck ball pin high 170. Misshits on the toe and or high on the face resulted in considerable distance loss. The feedback is nice although my one and only stinger of the session came with my own club :O

Conclusions:
JPX-800Pro - Overall nice club but high ball flight makes it a no go for me, I was borderline ballooning a few times and my game is really built around playing the ball relatively low with a decent amount of spin.

MP-53 - Did not show much in the way of improving on what I already have, plus a higher launch and ball flight. I could see using a 3 and 4 iron version of this in a combo set but from 5 down I would not switch from my current clubs.

MP-63 Wow is all I can say. Great distance improvement from my current 6i plus added forgiveness of a seemingly larger sweetspot. I almost wish I never hit them

Now I realize that ideally I should have hit the JPX-800 6 iron but I think it is a fair assumption that my results would have been a magnified version of the JPX-800Pro. I also realize that this does not really fit into this thread because the JPX-800Pros are on the borderline of what we have been discussing here because they represent a company moving towards a more distance oriented line with slightly stronger lofts. For reference purposes the JPX-800 specs out at 28 for the 6 iron and 44 for the pitching wedge.

OEM Kevin said:
I dunno, maybe I need to see them in person but I think theyre kind of ugly.
Click to expand...

sorry bulldogs, not everyone finds the mizuno lines the be all end all in the iron segment. i hit these, the 53's and the jpx 800's at the THP outing and the jpx's were by far my favorite. i'm an enigma though. i'm a low digit hcp that prefers shovels on a stick.
WITB:

That was incredibly insightful. I really do like the Mizuno MP 63s. I am kind of between them and the Nike VR Pro Combos now.
I can't wait to see how they perform when I get a chance to test them out!! Thanks again,