The official Banter Away Thread

C-Tech said:
You and my wife are the only two people I ever met who like PB and Fluff sandwiches!!!
Click to expand...

add me to the list too, C-Tech. PB/Fluff/bananas are a great sandwich!!
Driver--

Never had fluff; we would just toast our bread, put peanut butter on both pieces and a bunch of the small marshmallows between. Showed that to my wife and she rolled her eyes. (She rolls her eyes at a lot of stuff I do!)

Even better with grilled bananas.
In my

What is it about the way she says "yeah"?

From "A Quick 18" with Maria Hjorth

7. What is your favorite pizza topping?
Banana with curry powder.

9. Is there anything you won't eat?
Pickles.
Click to expand...

Yess'm, even better with dill pickles tho........don't knock it till you try it!
"People sleep peaceably in their beds at night only because rough men stand ready to do violence on their behalf." --George Orwell

"Holy men tell us life is a mystery. They embrace that concept happily. But some mysteries bite and bark
and come to get you in the dark." --Book of Counted Sorrows

Banana with curry powder on pizza??!!

Boo reports that if you microwave the marshmallow bits from Lucky Charms, they expand and get really soft.
Techno-Klutz
WITB
Driver--

The Golf GODS hate me

Boo reports that if you microwave the marshmallow bits from Lucky Charms, they expand and get really soft.
Click to expand...

I guess you never let your children experiment with Peeps and a microwave at Easter time.
In my

Versa 90 Sabertooth with Super Stroke grip
Ball: Still fishing it out of the lake

Courtsey of THP and Daphne's

bogeyme said:
I guess you never let your children experiment with Peeps and a microwave at Easter time.
Click to expand...

The Golf GODS hate me

They may be gross but they are fun to play with in the microwave, ecspecially if it's someone else's microwave. :smile:
In my

Versa 90 Sabertooth with Super Stroke grip
Ball: Still fishing it out of the lake

Courtsey of THP and Daphne's

I have a supervisor who is deathly afraid of them, for unknown reasons. One year we put them all over her desk and office, and a package in her desk drawer for luck. She almost had a heart attack. This year I taped the Wash Post's Peep Diorama contest results on her door. She scoured the office and started cross-examining staff to find the culprit. Our admin manager ultimately outed me. Not cool.

Miracle on the Hudson

There's An H in There! Octuplet Mom.

That's hysterical, WSE--I'd heard about that. Does the Post still do those silly weekly contests?

But good heavens--if you weren't the obvious choice for the culprit, that must be some group of folks with whom you work!
Techno-Klutz
WITB
Driver--

someone is afraid of Peeps?? Are you serious? I have heard of weird phobias before, but peeps?
Follow THP on Facebook!

I was watching the RBC Canadian Open last night (what there was of it) and there was an Orbitz commercial on. Note the logo on the light blue polo:

I had seen that logo before on some bumper stickers and always wondered what it was, so I Googled.

The Human Rights Campaign (HRC) is the largest lesbian, gay, bisexual, and transgender (LGBT) lobbying group and political action committee in the United States, claiming over 725,000 members and supporters, though this membership count is disputed. The HRC mission statement is "HRC envisions an America where gay, lesbian, bisexual and transgender people are ensured equality and embraced as full members of the American family at home, at work and in every community."
Click to expand...

I found it interesting that the logo was featured so prominently in a commercial advertisement. I wonder if Orbitz intentionally included it, or if the actor or someone on the production crew slipped it in?

GolferGal22 said:
someone is afraid of Peeps?? Are you serious? I have heard of weird phobias before, but peeps?
Click to expand...

I had to Google Joel Grey: 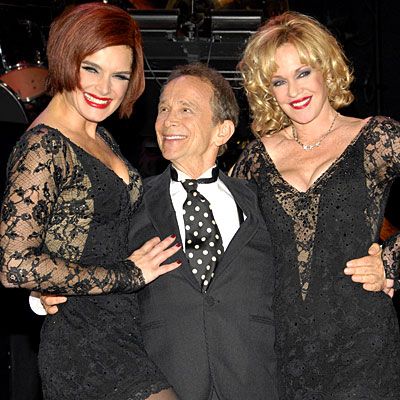 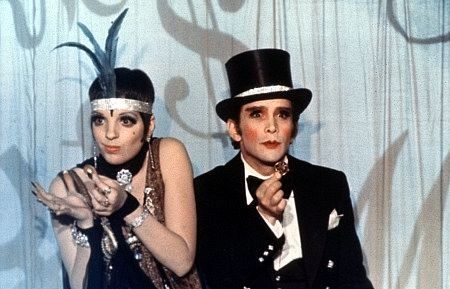 The folks shooting the Orbitz commercial couldn't have known that's what the logo symbolizes. The ad looks to be high def, though.
Techno-Klutz
WITB
Driver--

After Harry posted that - I googled and Orbitz reached out to the HRC to get their permission to use their logo in the commercial. The gay and lesbian travel market is a huge segment - Orbitz isn't stupid.
Driver - Mizuno Tava
7 Wood - Wilson Prostaff
4 Hybrid - MacGregor MacTec NVG2
Irons - Callaway Big Bertha
SW - Titleist
Putter - Odyssey White Hot XG Rossi

ClairefromClare said:
The folks shooting the Orbitz commercial couldn't have known that's what the logo symbolizes. The ad looks to be high def, though.
Click to expand...