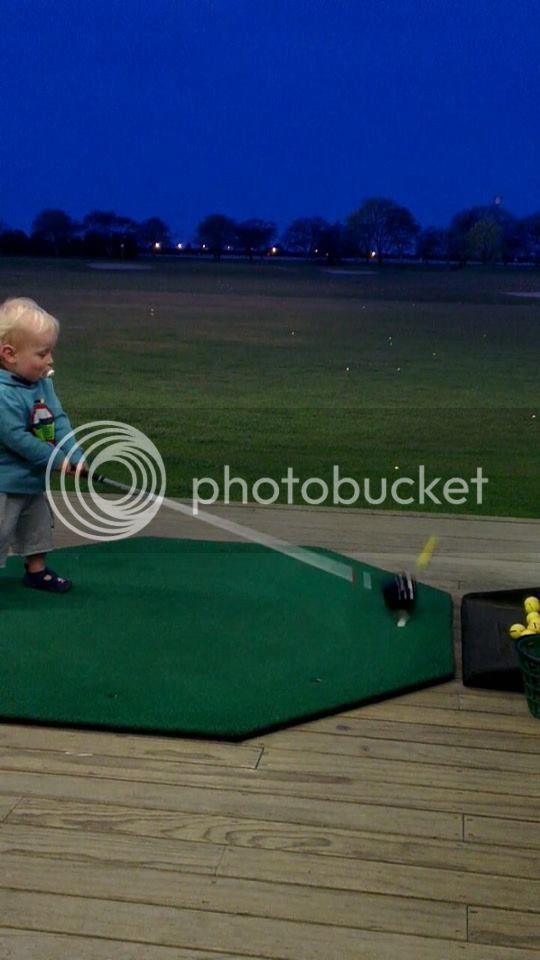 This is a picture I took of my son who'll be 2 at the end of October. This was taken a couple weeks ago when I was testing a few drivers and after watching me he decided he wanted a go too. I was so surprised he was making contact, the driver is way longer than he is tall and he was hitting it, without a word of a lie about 30+ yards, lol. I've started looking for a set of clubs for him and have found some junior/toddler sets of Cleveland that look good. I have no intentions of pushing him and turning him into the next Tiger Woods but he definitely has good hand/eye coordination.
As for me, I love this driver and can't understand why it hasn't sold better and got more love from people. It's a beast, longer than any other driver I've hit and super forgiving. I haven't pulled the trigger on one as since this picture was taken I've injured my wrist and can't play.
In my Cobra staff bag: