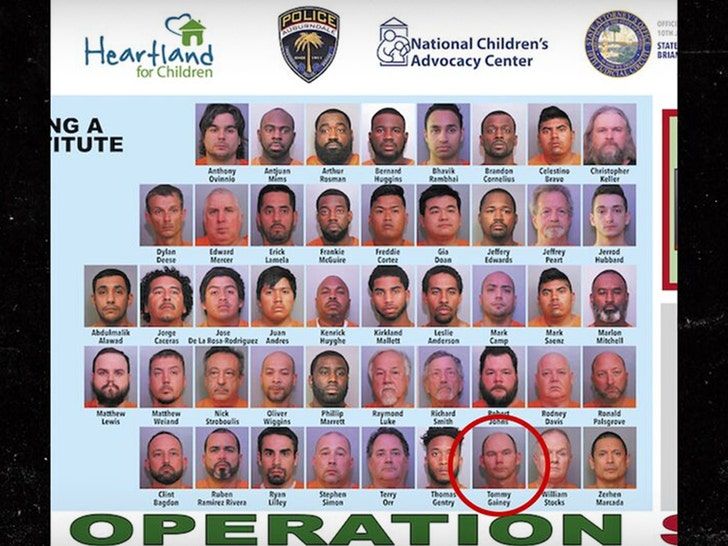 According to officials, Gainey was arrested for soliciting a prostitute -- and is facing a 1st-degree misdemeanor solicitation charge.

The sting op was a 6-day investigation using undercover detectives to target prostitution, human trafficking and child predators.
Cops say they used Internet advertisements to arrange meetings between the detectives and suspects.

Officials presented a "Naughty List" showing all 124 people arrested -- Gainey is on the board.

Jail records show Gainey was booked on Dec. 8 and was released on Dec. 9 after posting bail.
Sheriff Grady Judd explained the situation moments ago ... 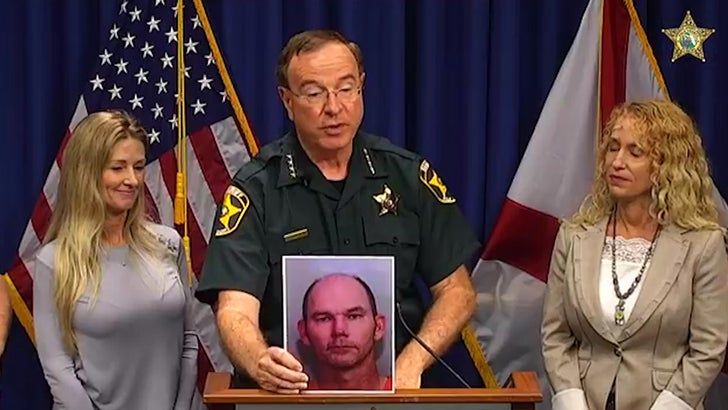 "He's married. He told us he was here for a charity golf event and it was supposed to be in the next morning tee off. He didn't make it. He was a scratch."
Judd added, "We charged him with soliciting. He missed his tee time the next morning."

Gainey has been a pro golfer since 1997 and joined the PGA Tour in 2008, where he gained notoriety for wearing gloves on both hands, unusual in the sport. 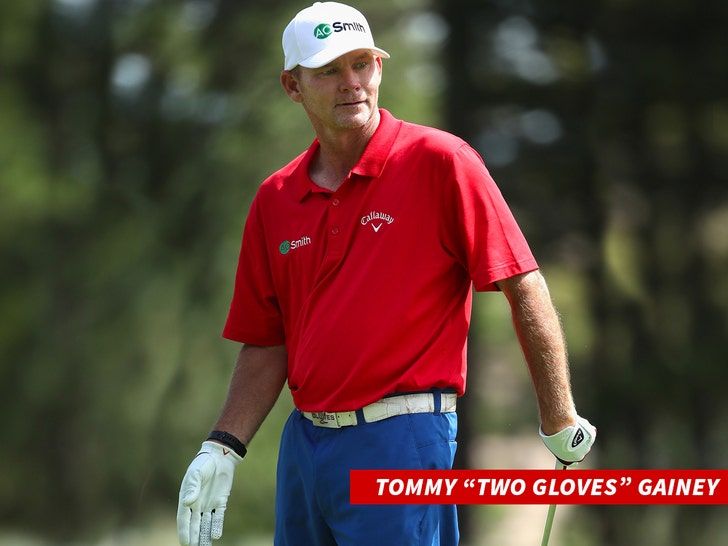 He's never won a major tourney but he's become a fan favorite for the way he dresses and plays -- in particular, he has a unique swing.
Gainey has had major sponsors over the years -- from Under Armour to Adams Golf and A.O. Smith.

Now we know why he uses two gloves

Too early to hope he was wearing at lease one love glove?
Want to know what's in my

My Name Is Fritters

Well, I am late to the party and see a good many of the two gloves jokes I was thinking about while reading the story had already been posted.

Does this mean I need to throw signed AO Smith hat?

If I was banging hookers, I'd wear two gloves too!
God bless America

, God save the Queen

and thank Christ for Australia

His southern drawl was misunderstood...he was simply asking for help with his putter during night putting.....

In search of a new OEM!

"Competitive golf is played on a 5 1/2 inch course ... the space between your ears."

And the prostitutes name was "Paradise Forecaddie" .

And here are your divorce papers also.

What's quite amazing in this is that they caught 124 men from a 6 day investigation with probably 5-10 internet ads. That's a lot of guys looking in short span.

Hope he was wearing more than hand protection

Sheriff Grady Judd at it again. He does these stings quite often, and it's sick how many people he catches each time.
Follow THP on Facebook!

I’m really really in a bad place right now over this....
The “Two Gloves” name has lost its luster and sex appeal now.

It never ceases to amaze me how talented, hard-working athletes/celebs make it to the top after years of grinding, and then throw it all away with one stupid decision...
What's In The Bag:

StLCardsFan said:
What's quite amazing in this is that they caught 124 men from a 6 day investigation with probably 5-10 internet ads. That's a lot of guys looking in short span.
Click to expand...

It was an investigation into prostitution. human trafficking and child predators. To nab so many people in Polk County Florida in such a short time frame is amazing.
Team Hackers Morgan Cup 2020

Grady Judd is relentless! He don’t play no games.

Stroke Lab Marxman S
All in

Looking at those mug shots I understand why most of them need to pay for some action.
"Have Some" - BuckNasty


Alumnus - Team Hackers @ the 2019 Morgan Cup
Special thanks to

In search of a new OEM!

BuckNasty said:
Looking at those mug shots I understand why most of them need to pay for some action.
Click to expand...

I was kind of thinking the same thing