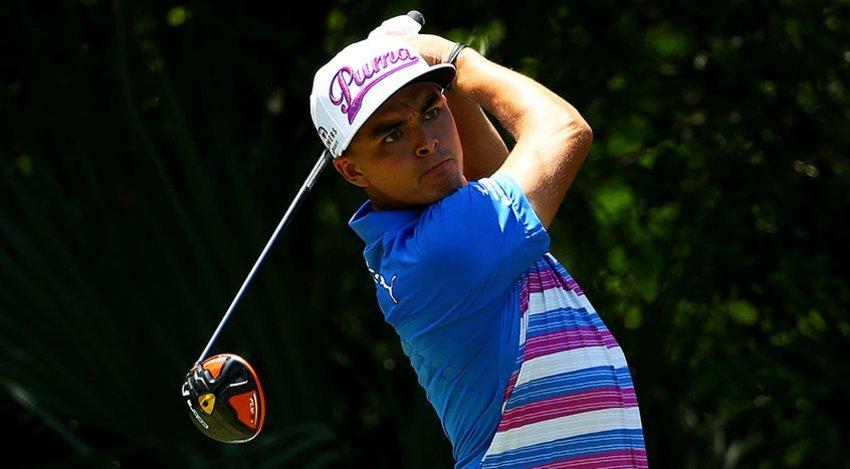 On Sunday, Rickie Fowler answered critics by claiming the biggest victory of his young career at The Players Championship.  Through 12 holes he was all but out of the tournament, but charged ahead with four birdies and an eagle on the final six holes to move from 7-under to the top of the leaderboard at 12-under.  Finishing well ahead of the final groups, Fowler would have to wait it out to see if he could survive threats from Sergio Garcia, Kevin Kisner and a handful of other players with their eyes fixed on the crystal trophy.  In the end, Fowler survived one of the most dramatic and exciting finishes in the history of The Players Championship by fending off Garcia and Kisner in both an aggregate and sudden death playoff.

While the event is often looked at by Tour pros as the unofficial fifth major of the year – given the size of the purse, the challenges of the venue, and the amount of fans support throughout the week – The Players Championship still sits firmly outside the velvet rope of the PGA Tour’s Major Championship ranks.  Nevertheless, the winnings are substantial and the credibility of a victory at TPC Sawgrass brings with it status amongst the elite players on the Tour.

This victory marks the second PGA Tour win for Fowler in a relatively young career.  However, he has shown that he has the chops to take on even the most elite players on the Tour.  In 2014 he finished inside the top five in all four major tournaments, coming up just short in the US Open and The Open Championship.  Since then he’s taken a bit of a back seat to several other storylines on Tour.  Sunday was his time to shine and he clearly wasn’t going to settle for another near miss.

It’s still too early to place any sort of legendary mantle upon the shoulders of the flat-brimmed Fowler, but this victory will most certainly silence critics both inside and outside of the Tour.  In fact, if anything this may place more pressure on him to contend in the upcoming majors throughout the year.

Coming into early part of the season there was a lot of talk about a potential Rory vs. Rickie duel that was to be expected in 2015, but that didn’t materialize as many thought it might.  Instead the spotlight turned quickly to Jordan Spieth as a potential contender to try and knock Rory McIlroy off the OWGR throne.  While that battle is one we will likely see continue to develop this year, Fowler has now shown that he shouldn’t be counted out of the fight.  Maybe this was just the spark he needed to get the engine started.  He’s shown that he can contend in the majors and that he has the motivation and ability to make a big charge when he needs to.  Big things are likely in store still for Rickie Fowler and with any hopes we’ll see more excitement from him throughout 2015.