Graphite shaft technology is currently in the middle of an explosion of advancement and nothing illustrates that more than what we’ve seen in the iron shaft market this year. Improved manufacturing techniques and materials are quickly closing the divide between steel and graphite. Five years ago I think I would have been laughed out of the room if I’d suggested that in 2013 four different PGA Tour winners would have graphite irons shafts in the bag. However, that is the reality of where we are at today. Recently, Fujikura released a new performance based iron shaft called the MCI that I’ve had in the bag for a little over a month now. I’m going to talk a bit about the technology these shafts feature and how they worked out for me.

When comparing graphite shafts with steel shafts, graphite’s center of gravity is located on the butt side of the club which affects the ability to achieve a desirable swing balance. In order to improve this, additional materials are wound on the tip side to add weight. This creates greater balance, but also higher rigidity overall. In the new MCI (Metal Composite Irons), Metal Composite Technology was developed to combine the best attributes of steel and graphite into one revolutionary composite shaft. Increased hitting ability, even weight distribution, and individual length brings perfect flow of frequency and torque within your swing.

In truth, there is not a lot of information available in the US on the MCI shaft, so I apologize for not being able to present a comprehensive summary here like I normally would. I did find an interesting video from Fujikura that explains some of the technology and its purpose.

In a nutshell, the MCI is designed to offer the benefits of graphite without sacrificing the things that have historically made steel a popular choice in iron shafts, i.e. feel, balance, and dispersion. 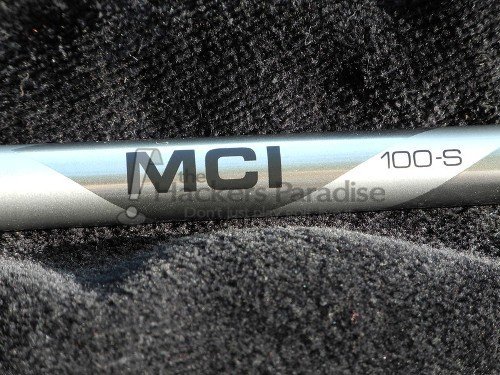 The MCI is available in weights ranging from 65g to 125g, with flexes from R to X. Be advised that the tip diameter is .370, though Fujikura says they can be tapered if ordered through one of their Chartered Dealers. I tested the 100-S version, weighing in at 104g, in a mixed set of Cleveland 588 MT’s and TT’s. 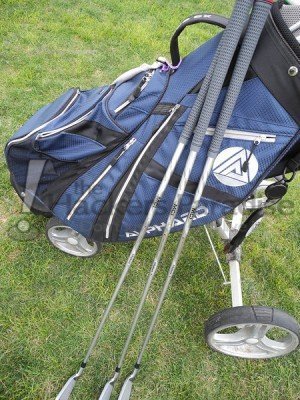 Similar to what we’ve seen with performance graphite offerings from other companies, the MCI bears a visual likeness to a stepless steel shaft. The finish is glossy silver with red and black lettering, something I found both simple and attractive. This just makes sense to me for the intended market that the shaft is designed for. As enlightened as many of us may be, the bottom line is that graphite is still working to rid itself of the stigma it’s carried for so long (in irons). An unassuming look allows the MCI’s to blend in a little easier. Lastly, there is what looks like a metal insert in the tip end of the shaft that can be seen in the picture below, an obvious reminder of the technology the MCI features. 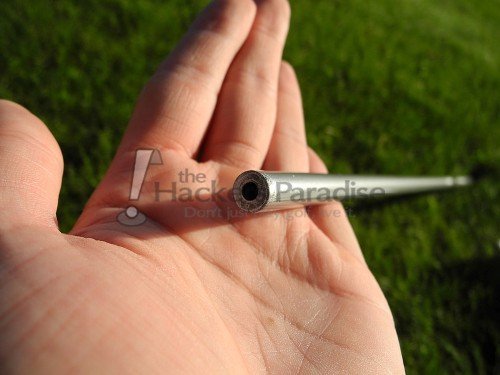 Normally I’d lump feel in with aesthetics, but since it’s a primary selling point of the MCI, I thought it deserved more than a couple lines. This shaft was designed to offer both better balance, in terms of swing weight, while at the same time not feeling excessively stiff in the higher weights.

Having recently tested another brand’s steel iron shaft in a similar weight (110g to be exact), I felt like I’d be well prepared to offer an opinion on how the MCI compared. Feel, of course, is a very difficult thing to convey to others in words, but I’ll say that I felt the MCI’s did an acceptable job of maintaining balance and the ability to keep track of the head during the swing. I felt like the 588 iron/MCI shaft setup I tested was a bit lighter in the head compared to the other set I referenced, but similar to the steel shafted Ping G25’s I reviewed earlier in the year. I also felt that particular set was a little lighter in the head compared to the D4 RocketBladez I had been playing prior. In summary, balance was well within what I’d consider satisfactory. What should be noted is that I didn’t have to add length to the MCI’s when I installed them, which is a common way companies combat swing weight issues with lighter graphite iron shafts.

Having also had the opportunity to try out another company’s high-end graphite offering, I had some pre-conceived expectations about how I thought the MCI’s would feel. My assumption was that they’d feel stiffer than I really wanted, but that did not end up being the case. In fact, I found them among the smoothest shafts I’ve swung all year and quite comparable in flex to steel iron shafts in a similar weight range. Combined with what I consider a ‘soft’ feeling iron head, the MCI’s produced a sensation that I enjoyed swinging every time.

I think those people that are accustomed to playing a lightweight graphite offering will find that the MCI’s are quite different, at least in the heavier weight I tested. I had a chance to swing another brand’s 60g shafts and there was a noticeable difference in total weight, swing weight and the way the shaft appeared to flex during the swing. 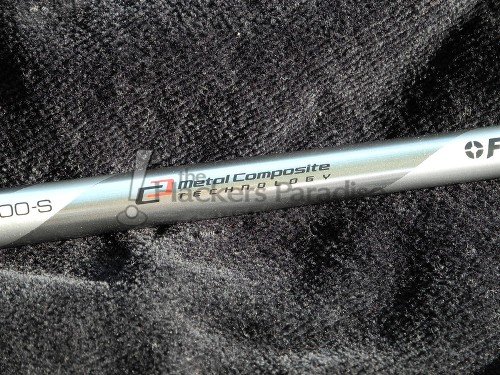 Fujikura MCI testing took place both on the driving range and the course.

Fujikura classifies the launch characteristics of the MCI’s as ‘mid’, which I think is a reasonable description. Launch angle is determined in many ways by individual swings, but via comparisons with other shafts and irons I felt like they sat firmly between shafts that are described as high and low launching. Again, the swing plays a huge part in this, but my experience was that with full swings, well struck balls flew on a mid-high to high trajectory, which in my case is a very good thing. I’ll take all the height I can get. Again, my experience was that the MCI’s were very similar to steel offerings in a similar weight range when it came to ball height. With a wide variety of weights and flexes available, it is reasonable to think that most players could find a match for their individual needs.

In addition to full swings, I thoroughly tested my ability to produce different trajectories during this review. I often find the need to hit lower shots on the golf course, whether it’s out of necessity due to things like wind or just because I feel like it. Clubbing up and taking partial swings made flighting the ball down a breeze. In extreme cases I was also able to hit punch shots underneath low hanging trees. Not a shot I exactly want to take, but it’s one that many of us need to have in the bag out there in the real world.

There weren’t any glaring differences on full swings that left me with an overly positive or negative feeling after weeks of testing. My typical ball flight on well struck shots is right to left and that’s what I saw while testing the MCI’s. As with any club in the bag, I had shots that went farther left than I preferred, but in entirety I saw nothing to indicate that a left miss was more likely with the MCI’s. The rounds of golf I played while testing showed that I hit an average to slightly higher than average number of greens. My takeaway from that is that the MCI’s offered satisfactory control that I could feel confidence in while taking approach shots.

Scoring shots with short irons were what I’d consider above average when it came to dispersion. I use a modified Pelz system for shots inside 120 yards and I found great success doing so with the MCI’s in the bag. In fact, I’d describe my results with partial swings as among the finest I’ve seen. The ability to control trajectory and distance was quite remarkable for me, irrespective of the shaft’s composition. This experience alone played a very large part in my eventual decision to leave the MCI’s in my bag after testing ended. 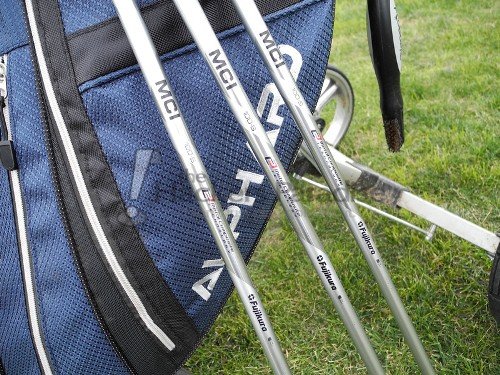 One of the long standing benefits of graphite shafts is their ability to absorb vibration and lessen the pain that some golfers experience from repeated iron shots. Fujikura claims the MCI’s offer double the vibration dampening effect over steel, but there is no way for me to quantify that, hence all I can offer are some anecdotal thoughts.

I tend to hit a lot of golf balls, both for practice and for product testing. It’s not uncommon for me to hit 400+ balls in a week and I regularly experience pain in both wrists of varying degrees. During the last stretch of MCI testing I hit balls 5 of 7 days and didn’t experience pain that would require me to ice my wrists or take over the counter medication, both being things that I have had to do in the past under similar conditions. Impact with the ground, as well as shots low on the face, felt substantially ‘softer’ than I’d expect a comparable steel shaft to feel.

The Fujikura MCI’s once again showed me that reality doesn’t always agree with my pre-conceived notions about a product. After my normal adjustment period I found a great deal to like about them. Compared to steel, I found that the 100-S MCI’s were similar in weight, balance, flex, ball height, distance and dispersion. While not an exact carbon copy of the steel experience, they were close enough that I was able to put that comparison mostly out of my head and focus on other things. The performance I saw from the scoring irons, as well as the vastly improved feel I experienced, set them apart from the pack for me. There is a very large sampling of weight and flex options available, making it likely that there is an offering to match the needs of most golfers. As always, I would recommend you utilize the expertise of a qualified fitter before committing to a purchase. A list of Fujikura Charter Dealers in your area can be found on their website, www.fujikuragolf.com.