written by The Hackers Paradise December 3, 2012

McDowell had to hold off fellow Cleveland® Golf/Srixon® staffer Keegan Bradley, who was only two shots back with five holes to play. McDowell executed some key short-game shots down the stretch and clinched the win with birdies on two of his final three holes. During a soggy week at Sherwood Country Club in Thousand Oaks, Calif., McDowell at one point went 41 holes without a bogey and finished the tournament with only three bogeys. His final round on Sunday also marked the 10th time in 12 rounds at Sherwood he has shot in the 60s. In three trips to the World Challenge, McDowell has won twice and finished second once. 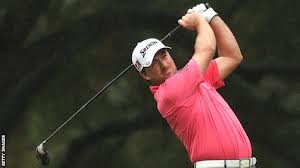 Lots of Cleveland and Srixon goodness in that bag, curious to see what the prototype ball brings with their 2013 lineup!

Really wish the new balls were in store so I could get some at Xmas.

I was pleased to see G-Mac come through and win this tournament.

He’s had such a consistent year and deserved a victory. Four top 10’s and 8 top 25’s from only 16 starts on the PGA tour says enough.

G-Mac also had results of top 12 positions in every major this year including a tied for 2nd at the US Open.

big thanks to Cleveland Golf and THP
Wedge Me Baby!

The @cobragolf KING Utility was spotted at the #pg

Have you tried a @theragun yet? @cutter_dykstra te

We tried to get a super early look at something co

New #tripletrack putters from @odysseygolf are her

What do think of the new stamping on the @titleist

Just announced and we have all of the details on t

Bridgestone Golf says they are reinventing the tou

First look at the new @taylormadegolf SIM MAX and