Watch any PGA tournament and you will see PGA pro after PGA pro “back it up” with their wedges. Getting spin on the ball is done so much so now, that the USGA made a rule change recently, that says that club manufacturers have a new set of specs in which to follow for grooves on clubs. Golfers are quickly going to their local stores in order to purchase the wedges that are released or being released because they know in a few years the grooves will be much different.

One thing to keep in mind when buying new wedges, is that the grooves will fade a little after time. How do we go about fixing them to bring back the big spin without having to buy new wedges every year or two? Groove Sharpeners! They promise bringing back the grooves to a “like new” state and spin the ball back like a brand new wedge. Can they deliver? We tested three of them to find out that answer. Here is what we tested. The Groove Sharpener from www.groovesharpener.com, the Golf Club Medic Sharpener purchased at a local golf store, and the Golf Club Mate from www.golfersmate.com. What we found is that they are set out to do the same thing, but not all things are created equal.
One question that comes up each time we talk about these gadgets is, are they legal? There really is not an answer to that. If you alter the grooves of the club, then of course they are not legal. But if you are keeping the same shape as the club, then they are no more illegal than cleaning the grooves. It is up to you to decide, but after this review, I would say that pulling them out at a USGA event might not be a good idea.

First up to bat is the Golf Club Medic. It is the easiest tool to find as most golf stores seem to carry it. We picked ours up for $9.99 and it says it is USGA “okay”.

The directions seem easy enough, as it says just slide in and out of your wedges grooves to clean and revive them. We did that on my Titleist Vokey 50 degree wedge that I had just played with. It cleaned them out just fine, but did not look like it changes anything at all. In fact it felt no different than if I had used a toothpick. Very good at cleaning, but we did not think the sharpening factor was really apparent. Hit a few balls with it on the range and my feeling was confirmed. It did not do a whole lot other than clean the clubs. Another problem we ran into with this device is that it is very flimsy. The device itself was getting shaved down rather than the metal from the wedges. It could probably clean one more club before it broke. Definitely not something I would pick up again unless you just want to use it for a club cleaner.

Next up was the Groove Sharpener from www.Groovesharpener.com. This device clearly had a different feel than the club medic. We purchased 1 from their site for $19.99. It came two days later and seemed like a solid piece of equipment. It is solid as a rock and has two ends to it wrapped in a rubber tip for storage. One side is for V cut grooves and the other U cut grooves. Well labeled and sharp as can be. The instructions seemed simple. Run the device through the grooves and we did that on a Titleist Vokey 54 degree wedge. you could see little shavings coming off and when finished, the grooves looked brand new again. Hit some balls and could see the ball dance like it did when I first bought this wedge. A few of things of warning. First, make sure you know what type of grooves you have on your clubs. Second, when using it, be very careful. It is sharp and you don’t want to catch a finger. Third, pay attention while using it, because if you slide past the grooves on your wedges, you will leave scratch marks on the face. Overall, we liked this product and the durability is fantastic. I could see this thing last for years to come.

Last but not least was the Groove Mate. We placed an order for this device and it arrived about 5 days later. It costs a lot more at $31.49. It also says that it will “bring your clubs back to USGA Legal”. We are not sure about all of that, but like the little device quite a bit. Much easier to hold and use than the other Groove Sharpener. Basically the same instructions as the others in which you slide the mate at the angle you need for your wedges. It worked quite well and we had no complaints in use. It was a little easier to control than the previous model, but the results were both good. Did this one on a 60 degree Titleist Vokey wedge and hit it afterward. Very similar results and seems to work as advertised. We thought this one was a little pricey for us, but you do get a little bit more safety with the polished handle.

So after the 3 reviews, what were our conclusions. The Club Medic was not our cup of tea. It just did not do much other than clean our grooves out. As for the other two. They both worked well and did the same thing. So most would say go with the cheaper product. Here is where it is a preference thing. I really preferred the Groove Mate because of the handle it it seemed a little safer to use. My playing partner preferred the Groove Sharpener because it did the same thing and was cheaper. So it is all about preference. But one thing we both agreed on, was that they definitely revived our wedges and made them work like they were brand new. Till next time. 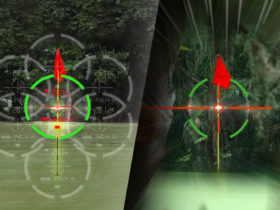 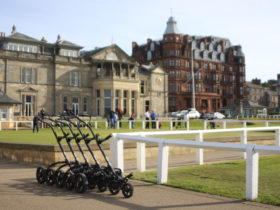