Last spring, THP took a look at a utility from Honma Golf that was compact and aimed more at the golfer who harnesses a precise strike pattern and the ability to work the ball. If that sounds like something that tickles your fancy, feel free to check out that review here. As was mentioned in that review, the UTc had a sibling who boasted a more substantial body, making it more forgiving, and playable for the golfer who desires a hybrid to hit high and straight. With the popularity this line has generated, it seemed only right to spend some time with the Honma Tour World TW737 UT. 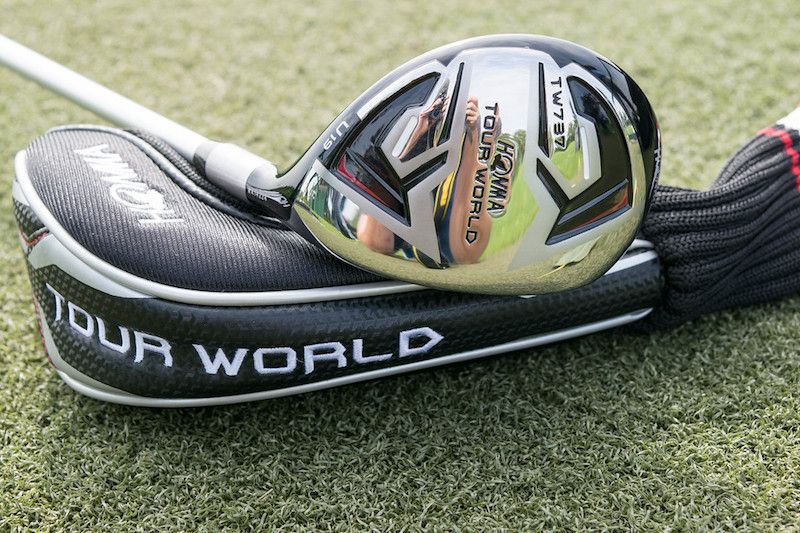 Even though at times they get marketed as such, utilities/hybrids are not just merely a one size fits all type of club. Some golfers try to weave these utilities in their bag where they see the best fit, and companies too have recognized that hybrids are not just a plug and play option in the arsenal for individual players. We have seen some OEM’s release a “pro” option to go along with their standard, friendlier-to-the-game alternative. When Honma brought forth the Tour World TW737 line, they followed a similar pattern by developing the UT and the more workable UTc. To accomplish this, Honma made the UT a larger design with a center of gravity that was deeper and towards the heel, vs. the UTc which had the center of gravity more towards the center of the club and not positioned quite as deep. Besides the internal construction, there is also a noticeable size difference as the UT measures out at 128cc as opposed to 112cc. Over the past year, the UTc has been in and out of my bag that has made its way around the country giving others plenty of opportunities to take some swings with it, and the feedback has been mostly positive, although the majority of golfers shared the desire for more forgiveness. Illustrated below are the variances in design which help the UT become that more forgiving model without sacrificing in the looks department. 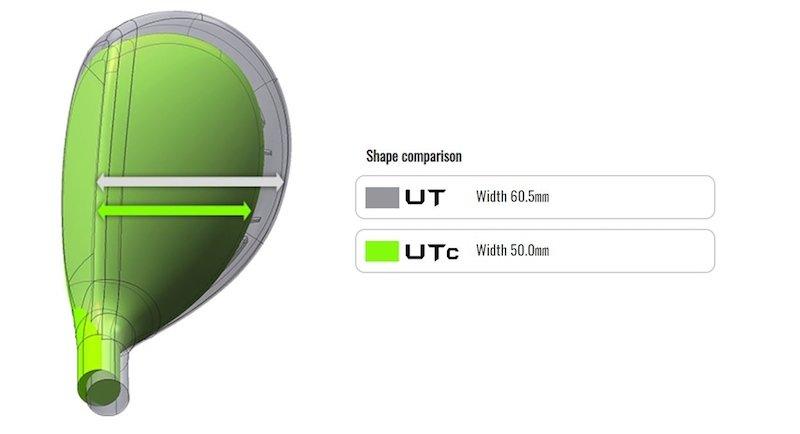 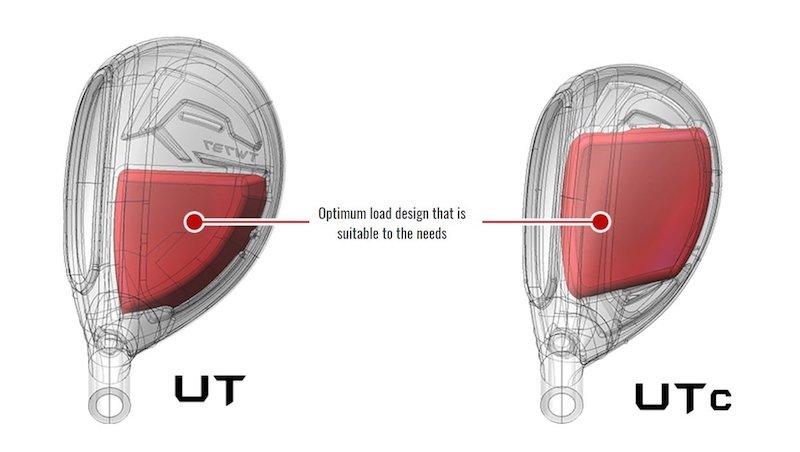 While on the topic of looks, this utility has a pretty rounded look, which gives the impression that it is more of a smaller fairway metal.  Behind the ball, the shape and size can promote some confidence before the next swing. Again comparing to the UTc, this model has a longer and slightly shallower face, which helps one believe that even poorly stuck shots will produce less punishing outcomes. Rest assured though; best results will come upon center contact. 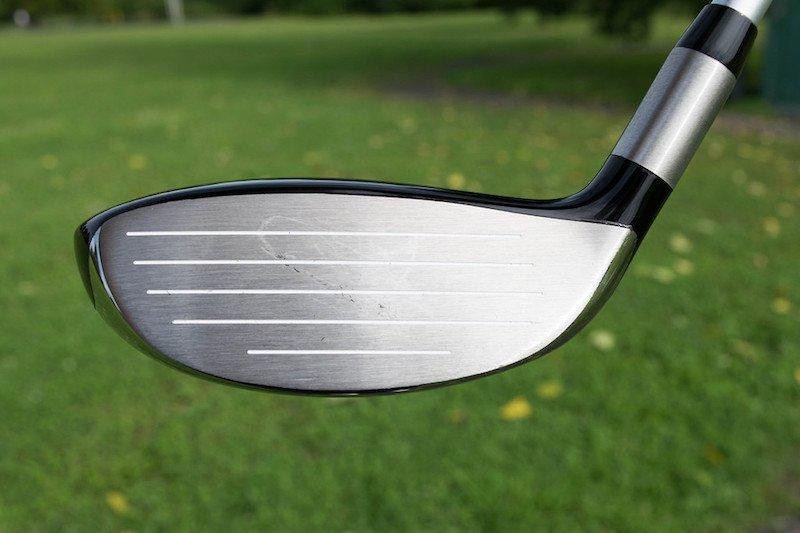 Testing of this Honma utility took place both on multiple courses as well as some range time accompanied by a Foresight GC2. Before diving into some numbers, there are some observations from the on-course performance that can’t necessarily be visible in the data below. Off of the tee, this utility produced two types of shots that proved to be useful when trying to play for position. As with most hybrids on the market, the stock shot was one that would elevate with ease and offer plenty of carry. On hole layouts that were a bit tighter, I was still able to hit more of a flat bullet which would allow the ball to run out more for extra yardages. By no means was it that famous “stinger” off the tee that golf fans have seen for the last two decades, but it was a very controllable shot for me and indeed came in handy. In comparison to the UTc, missing slightly when trying to play this type of shot was not nearly as penal. 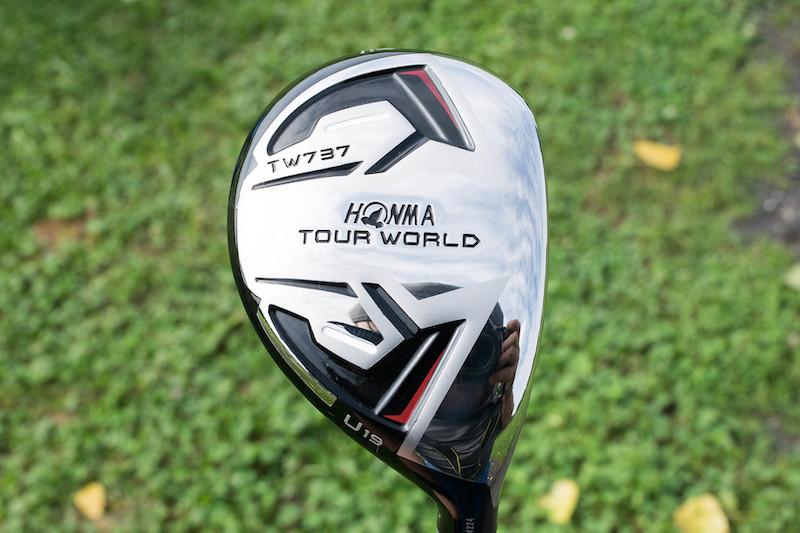 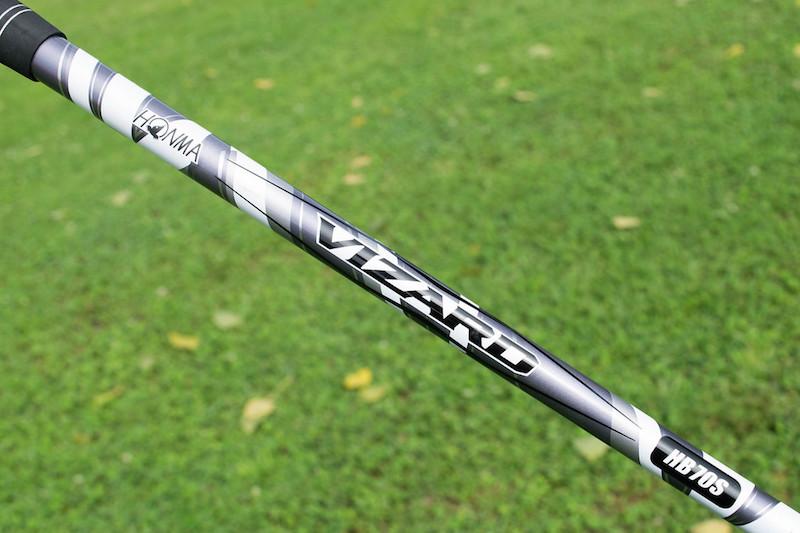 Out of the rough, the performance was a pleasant surprise as there are times when taking a larger clubhead from thicker grass can become a problem. Even on shots when the lie wasn’t exactly perfect, the TW737 UT provided enough pop to get the ball elevated to travel an acceptable distance. While the sole design lacks any rails or visual technology, the curvature of the sole probably played a big part in the ability to resist being tangled in the long grass. A definition for utility is to be useful in several ways, and this UT is just that because it is easy to hit from the tee, fairway, and rough. 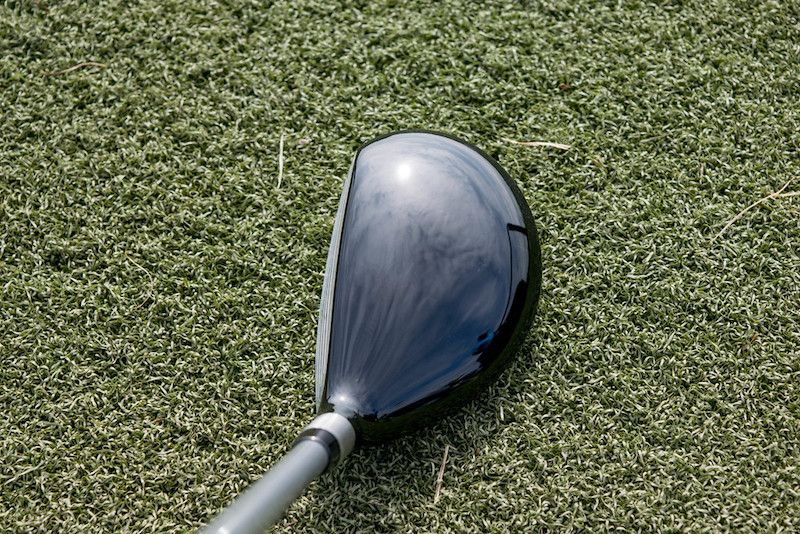 Whenever data gets posted, people are free to dissect those numbers any way they see fit. With that in mind, below are shots recorded on the Foresight GC2, and for this data session, the TW737 UT paired up with the Srixon Q-Star tour golf ball. One thing that instantly jumps out to me is the consistency in ball speed with only a 5 MPH difference between the high and low. That helps speak to some of the forgiveness this model has to offer. Concerning distance, the average carry of 203 is in the neighborhood of what I saw on the course as this club dropped right into the gap. Most hybrids around this loft tend to fall in this yardage range for me, so there was an instant comfort level when bringing it on the course. On a personal note, finding a club that can consistently hit this number has made my course management a little bit easier. As an amateur golfer, that 200-yard shot is just far enough to take me out of my comfort zone. However, when I have confidence that the club I pull can hit that number with reasonable consistency, it helps make the game that much easier. Data shows that this club hits that mark for me, which makes it a reliable option to go in the bag. 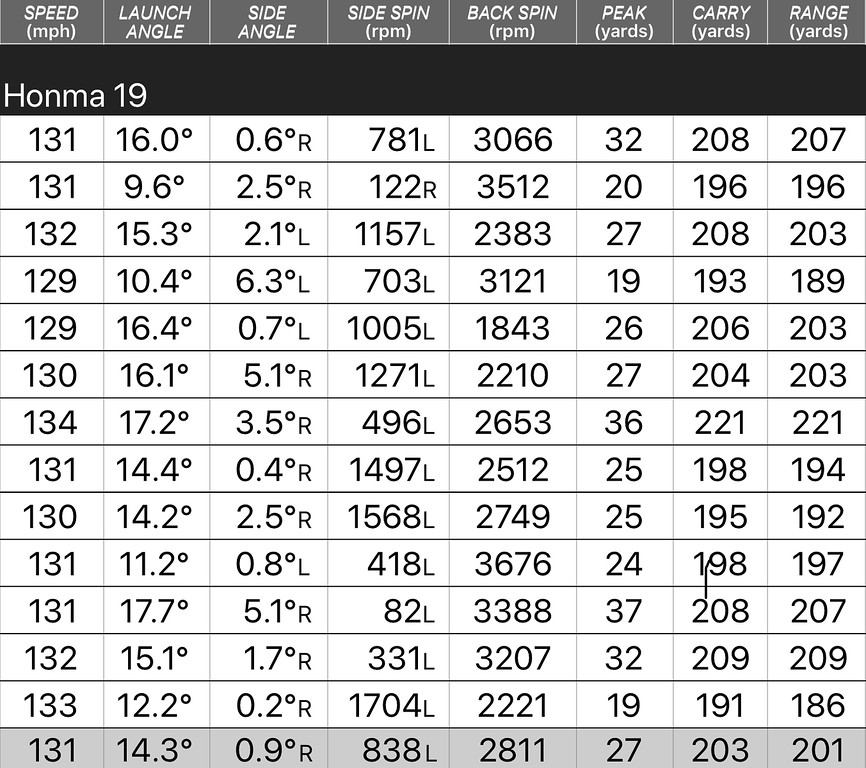 Being able to spend time with both the UT and the UTc certainly helped open my eyes to the differences between them. Whereas the UTc allowed for some extra shot creativity, the UT was a straightforward here to help hybrid. While they fall under the same Tour World name, these two utilities offer different looks, playability, and feel. In the feel department, the UT feels like the more springy clubface, as opposed to the more solid feeling UTc. Honma offers a large variety of choices within the Tour World TW 737 lineup, with various drivers, iron sets, and yes utilities. Based on its performance, the TW737 UT is one that is easily recommendable for someone craving a forgiving hybrid in an overall pleasing package. More information on the Honma Tour World TW737 line can be found at www.honmagolf.com.