Throughout the year Honma Golf will be celebrating their 60th anniversary, but 2017 is a milestone year for another reason because this is the year that Honma increases its presence in North America. While their catalog is quite extensive, the first batch of products to hit stateside are part of the Tour World TW737 lineup, which include four drivers, four iron sets, two fairway woods, and two utility/hybrids. Out of all of those products, it is the latter that garners the focus of this article as we take a look at the Honma TW737 UTc. 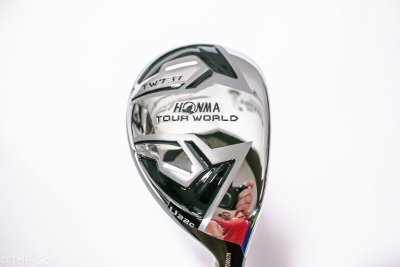 The strong and high trajectory model, able to aim at the green easily. For UT clubs, unlike drivers and irons, the user could not choose clubs that fit his or her swing in the past. Now, you can choose models that fit your swing where the line of drivers is incorporated. 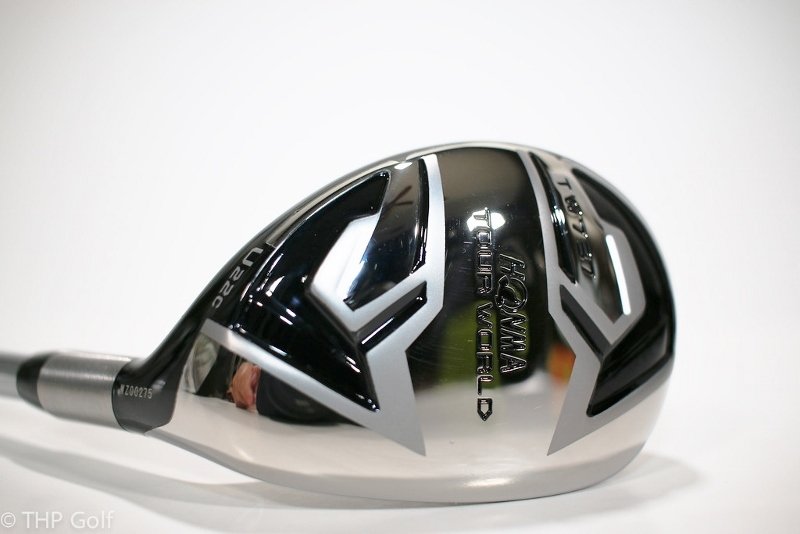 While Honma has produced some very sought after, and sometimes flashy, equipment over the years, they are much more focused on simplicity and refinement. Even when it comes to speaking of their technology, Honma focuses on three main design points as part of their success with this offering: shape, center of gravity design, and the face structure.

Starting with the shape, the UTc is the more compact offering of the TW737 lineup, coming in at just 112 cubic centimeters, which makes it both narrower from heel to toe as well as from front to back than the normal UT model. Upon first look, one can instantly tell it might be a more demanding hybrid, and with that being said, the shape of this club should help draw in some players who have been a bit more hesitant to incorporate a hybrid in their bag. Looking down at a club with this reduced footprint screams “shot maker’s” club. 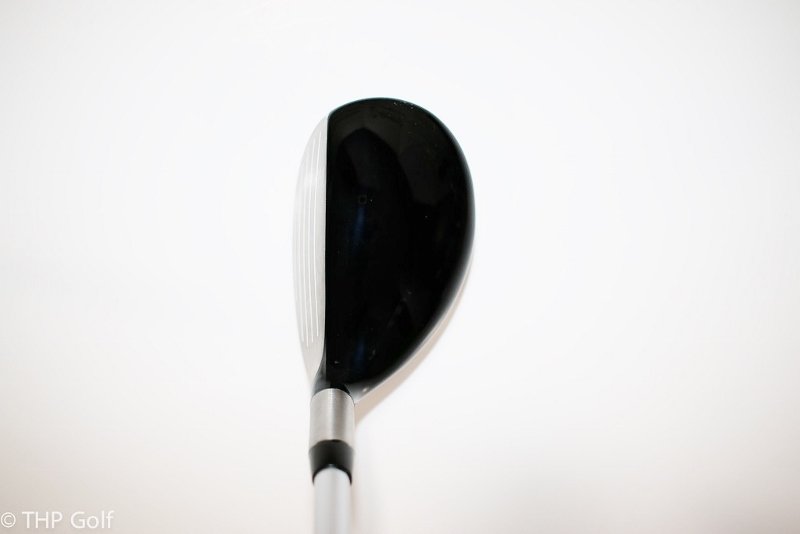 In recent years, the golf industry has added more focus around center of gravity designs, in fact it’s become a good educational point to help consumers understand how a club head is designed to work. In the UTc, the center of gravity sits low, but just like what was talked about with the shape, the larger UT model has a lower CG (center of gravity). When looking up the differences, golfers might think that a 1mm variance might not have a big effect, but in terms of this total package it plays a significant role in making the UTc a different club from that of the larger UT.

The two utility models offer more similarities as they both utilize a high-strength steel cup face. Cup face designs have been shown to do a very good job of retaining ball speeds and aiding in forgiveness, and by having one as part of the UTc lineup, it takes a club that is geared more for ball-flight control, and yet includes the design elements that will allow it to be as forgiving as possible, given its narrow shape and size.

With the hybrid market having grown to what it is today, it’s not unheard of for players to think of these clubs as kind of a one-trick pony. Hybrids are here to help golfers get more launch, forgiveness, and consistency from their long iron counterparts, but with that being said, there is a stereotype that these clubs tend to force a hook and are far from workable. Enter the TW737 UTc from Honma and it is anything but a one-trick-pony. For the purpose of this review, the hybrid that was put to the test was the U22c, with the Vizard stiff shaft in 70 grams. 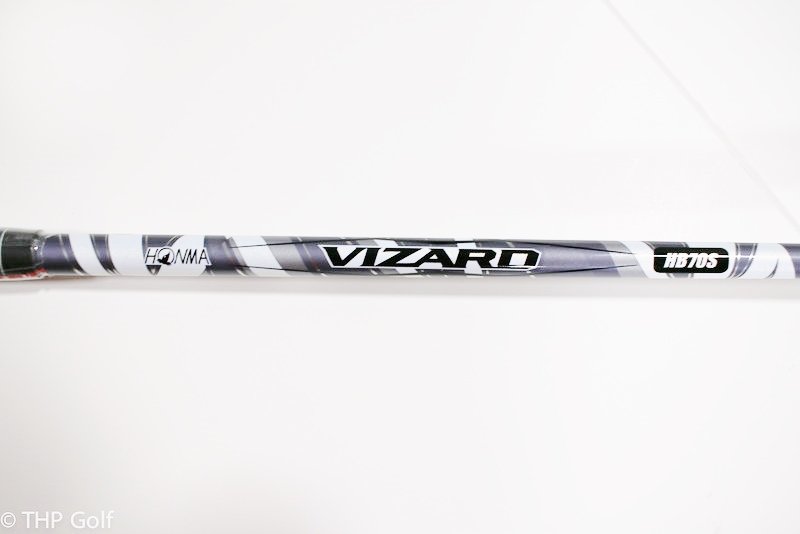 Hybrids have been around for long enough now that golfers have seen the variety of shapes and sizes often offered. For the golfer who does not enjoy the bloated, or more fairway wood style look, the UTc should be appealing. Set this up behind the ball and it becomes fairly obvious that this is not just the typical hybrid with the characteristics discussed above. Instead, with its shaping and size, the UTc masks itself into a launch aiding club, while still maintaining the ability to manipulate ball flight in ways that other hybrids seem to fight. Unlike many of the other options on the market, or even the normal UT model within the TW737 range, the internal weighting structure is not built as one that is going to be a big draw bias, or placed in the heel. Instead the bulk of the weight is concentrated more towards the center of the face, which aids in making this hybrid one that helps flight the golf ball. Not only the tech inside of the head, but also the addition of a 70-gram shaft, gives off a slightly heavier feel than a more distance oriented hybrid allowing for a player to feel as if they are in total control.

Giving credit to the combination of the aforementioned design elements here, with the slightly raised center of gravity, more weight concentrated in the center of the clubface, and even a shape that lulls one into thinking they can pull off the shot required, the u22c proved to be one of the more enjoyable hybrids to hit. Fun becomes a good term to describe playing the UTc because of the maneuverability that this club provided, which exceeded that over various other models tested at the same time. Just like when facing a shot with an iron in hand, there are situations where the ball flight needs to be lowered, or shaped in one direction, and the u22c made that happen. At its core, this model launches mid-high producing a strong flight, but using it only for that purpose is kind of like getting a Ferrari and only driving it to the super market. This part of the TW737 lineup craves shot creativity around the golf course, and that characteristic is something that really separates it from the competition. 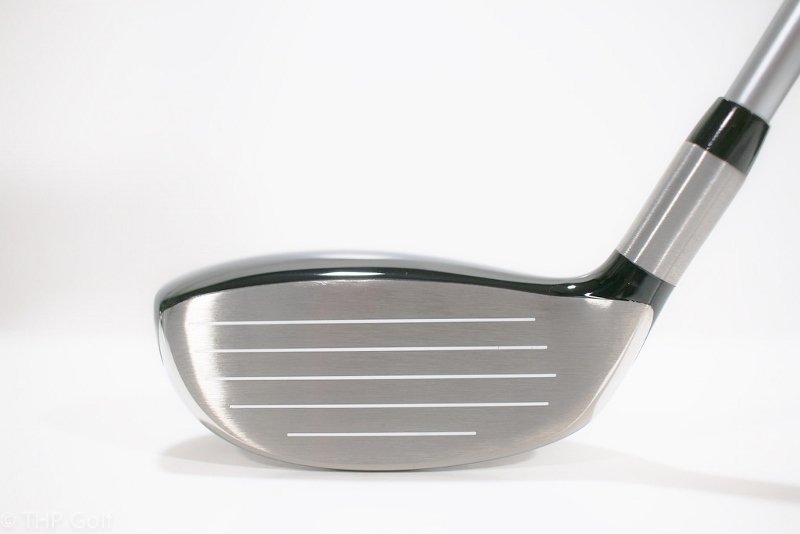 Knowing how entertaining it is to hit and create shots with the UTc, one might wonder where the downside is, or why it should be chosen over the normal UT model. Earlier it was mentioned about the cup-face design that Honma employs here, and how it does its best to produce some forgiveness out of a design that doesn’t scream forgiving. In the end, it does just enough to cover up some average to below average contact, but for those golfers who tend to miss a bit more all over the face, this would probably not be the perfect choice for them. A player who is much more precise with their contact locations will see the full benefits of having this hybrid in the bag. 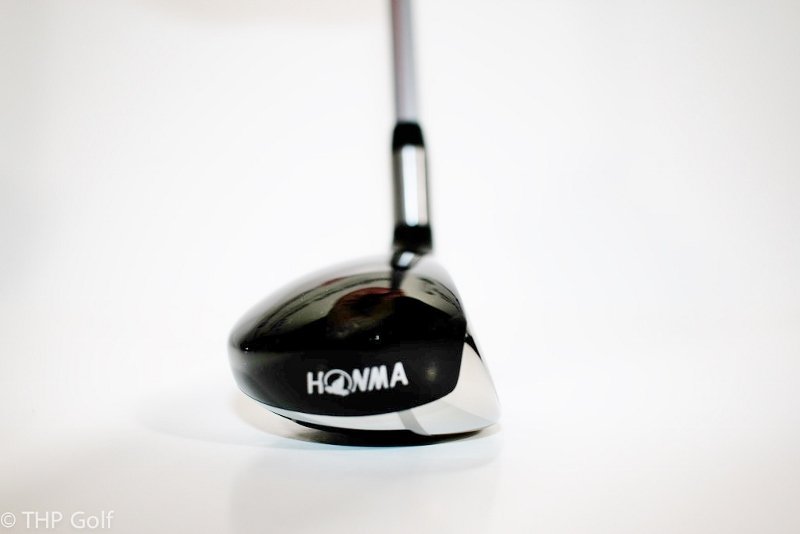 With the Tour World TW737 lineup, Honma is off to a good first impression for many golfers who never kept their eye on the Japanese market. This UTc offering hit on many solid marks for a player who can survive without an overly forgiving hybrid. It produces a quick launch with a strong ball flight, yardages that easily align with the likes of a direct iron replacement, and the ability to manipulate the ball flight in ways that many struggle with when trying to do so with a hybrid. The Tour World TW737 lineup is all about choice, and for those who do need a bit more forgiveness and don’t fret about flighting the ball, there is that larger UT model. More information on the Honma Tour World TW737 offerings can be found on their website www.honmagolfusa.com.