Although not widely known stateside, Honma Golf was founded in 1959 with focus on craftsmanship and innovation while creating aesthetically pleasing designs that offer ample playability to match their looks, regardless of cost. THP was recently able to get a few of Honma’s offerings in for a closer look with the goal of introducing an extremely high-end Japanese brand to our readers. For this review, time was spent with the Tour World 727 driver in the 460cc model paired with Honma’s “Vizard” YA55 lightweight shaft. 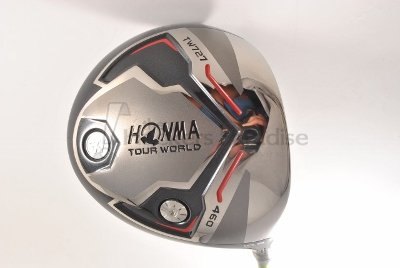 The TW727 460 model focuses on a sense of ease at address, high trajectories, and a long carry distance. The center-of-gravity design with emphasis on the catch performance and a structure make the driver easier to use.

Keeping with the company focus, the “Tour World” line of drivers from Honma feature a significant amount of technology spread over the four different models (430, 455, 455S, 460). The TW727 460 is a fully Titanium body (crown, sole, hosel) driver which in an era with heavy emphasis on the use of various types of carbon fiber for weight and cost savings, stands out in terms of design. Titanium however, is a very reliable construction material which itself allows for weight savings to help increase the playability on misses. In the case of the TW727, it has allowed Honma to place 10g of additional weigh low and back within the driver. That, combined with the 4g weight located in the heel region aims to increase the launch while also aiding in a more right-to-left ball flight. 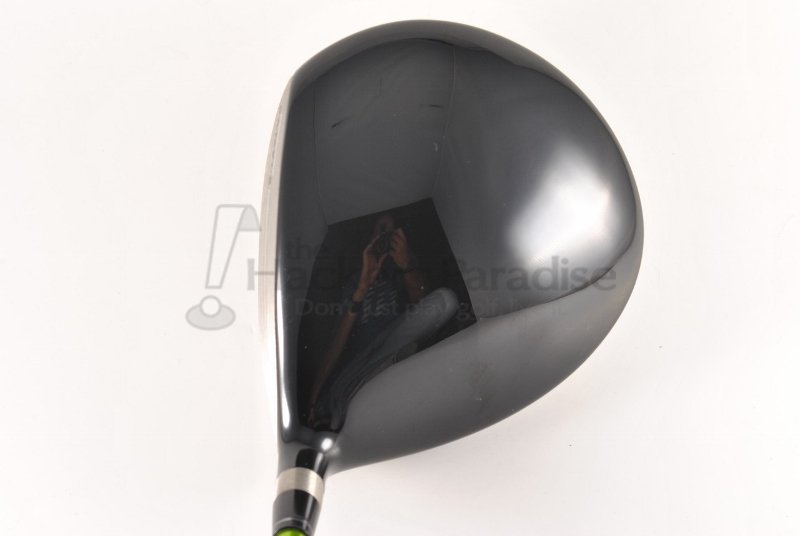 The key technology within the TW727 drivers though, has to do with the face and methods used to create it. Honma calls it “W-Forged” which at its root is a higher density face forging that allows additional weight savings with material from the face, but without sacrificing strength. In fact, the company claims it to be about 15% stronger which has allowed for a unique-to-Honma variable thickness pattern/design. The goal of this is, as with any variable thickness setup, to help maintain ball-speeds vertically and laterally on the face which makes it a more forgiving setup for golfers. This forging process is an industry first and definitely an outside the box approach to face material and design.

The TW727 is exactly what one would expect from a JDM (Japanese Domestic Market) driver design. In this case the 460cc model is a clean and classic headshape with a consistent roundness devoid of any accentuated depth or angles front to back. The classic gloss black crown is clean and frankly nice to see with so many companies moving to brighter colors or matte finishes. The face’s light finish hides wear and ball marks well while keeping a nice contrast to the crown. When you look at the sole it’s a very geometric/angular based design that uses color and contrast quite well with the polished chrome accents thrown in. It’s a streamlined overall package visually that avoids anything that would jump out as a turn-off to most. 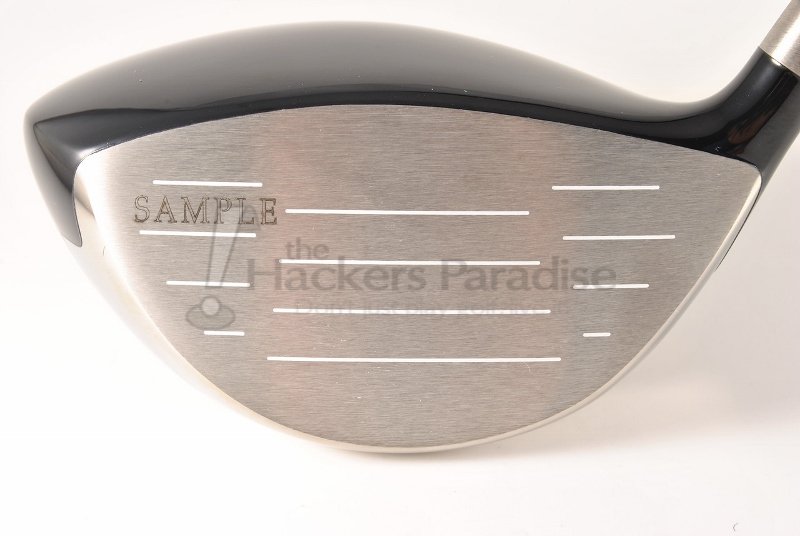 At impact, the driver sounds like a Titanium driver, which is something sort of lost with a lot of today’s drivers. The sound is boisterous while keeping a solid overall tone that really gives the user a feeling of explosiveness at impact. No awkward hollowness or echo here. On the “feel” aspect, one of the points of emphasis from Honma with the W-Forged face is that despite the variable thickness pattern used, the strength of the forging process allows the head to keep an impact sensation full of feedback for the user. For this reviewer misses could be identified similarly to most drivers on the market, though as with any good variable face technology the stability of the head on lateral misses in particular was a nice thing to see, especially in a design focused on wide range playability. 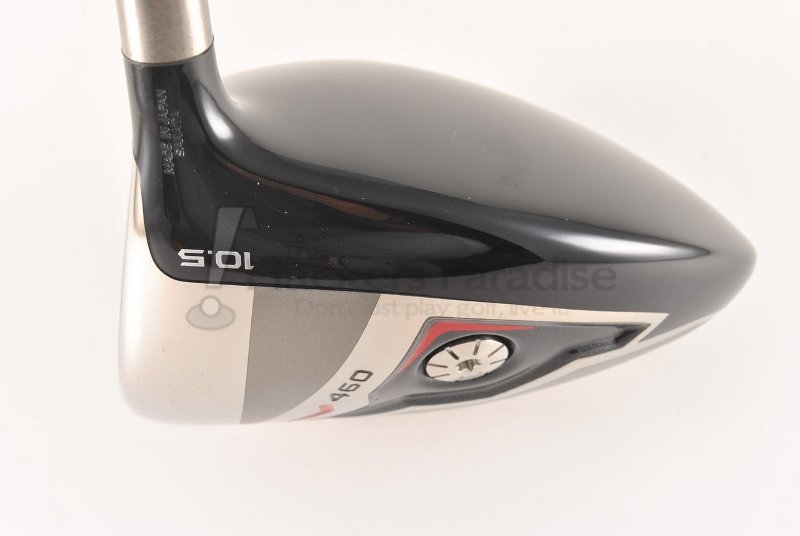 Paired with the Vizard YA55 shaft (Honma made/designed with a LOT of technology in it) the TW727 460cc is a high launching driver by design and this was confirmed during testing. For this reviewer, with the 10.5° model, launch angles were consistently in the 14° range with a flight that climbed to a nice, high, apex point. Given the design emphasis of the head with weight added low and back, this was precisely the type of flight expected. Naturally, individual fit and needs will vary for each user, but data confirms that despite being a higher launching setup, it is not a higher spinning head so the potential for distance is certainly there for golfers seeking added launch without too large a jump in spin. 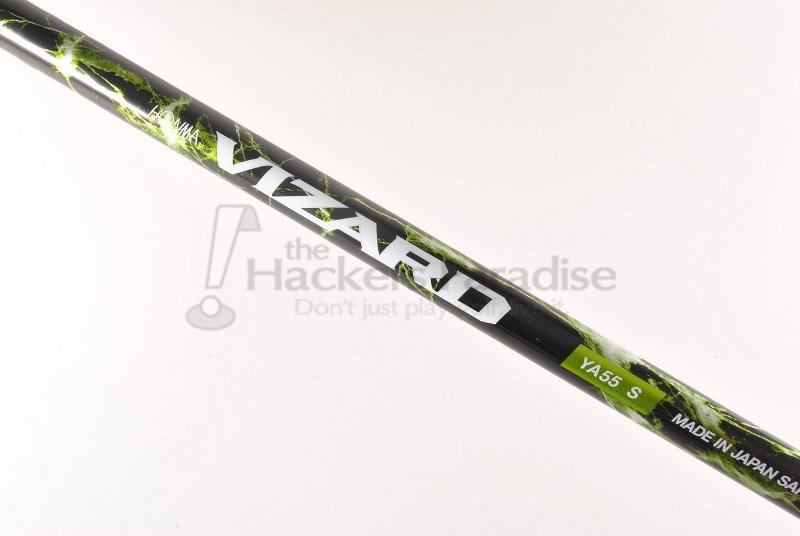 In terms of overall playability, the TW727 460cc performed very well and lived up to the low-back CG of the design. Heel and toe shots saw a minimized overall gear effect which aided in keeping the ball in play. During review it was evident that the head itself leans towards a more neutral to slight right-to-left ball flight, but it doesn’t play overly draw biased, which should fit the golfer segment the 460 model is aimed at well. The overall ball speed was the big surprise here as it was firmly on the high end compared to drivers this reviewer has spent time with recently. The biggest performance drop off was seen low on the face, while laterally the W-Forged face seemed to shine the most. When you combine these factors with the launch and spin profile of the head, the TW727 is a very playable driver that can also produce ample distance.

There is a unique aura around JDM companies like Honma and just what they are bringing to the table performance wise for the average golfer. With the Tour World 727 driver lineup the company clearly wants to provide options across the spectrum, and in the case of the 460 model, a very well balanced performer. The kicker here though isn’t the performance, which is all there, it is getting the clubs into the hands of golfers for them to experience. Honma prides itself on being an extremely high end club manufacturer and as such, the prices and accessibility can be daunting at times, but performance has the ability to put some of those things at rest. As such, it will be very interesting to see the path that Honma takes stateside, because the intrigue is most certainly plentiful.

More information this driver as well as other releases can be found at www.honmagolf.co.jp.