With over 35 years experience and a reputation as a pioneer in the milled putter game, Kenny Giannini may be the biggest name in golf that you’ve never heard. Though the history isn’t always easy to track definitively, unquestioned is the fact that Giannini mentored and worked with some truly larger-than-life names that we are all very familiar with, including Bettinardi and Cameron. His contributions to the world of high-end putters are distinctive, whether it is his work at Ben Hogan, Mizuno, or Cleveland Golf, where he designed one of the original all-milled putters – the Cleveland Classics KG.

Today, Mr. Giannini looks to leave his mark on the industry in a more personal way – with a line of his design and a company that bears his name.

In addition to reviewing the G6 Flow Neck, THP had a chance to talk about the putter and other products in the Kenny Giannini line with Tim Mooney, Managing General Partner.

Producing the finest putters in the world is an art and Kenny Giannini Putters is the pinnacle of that art, setting a standard unparalleled by other putter manufacturers. Those who have used a Kenny Giannini Putter agree that there is no finer putting instrument made in the world of golf today. All of our putters are billet milled; solid one-piece, carbon steel putters that incorporate our milled Soft Slotted Face Technology (SSFT) ® slotted sole. The weight, the look and the feel of the ball off the face, sets Kenny Giannini Putters apart from the competition. Made in the U.S.A., our putters continue to provide the type of confidence that only a finely crafted product can provide. No matter what model you select, we think you’ll agree that this is the finest putter you’ve ever owned. We are confident that once you’ve put one of our models in your hands, you’ll settle for nothing less!

Kenny Giannini Putters: The Look. The Feel. The Balance of Winning! 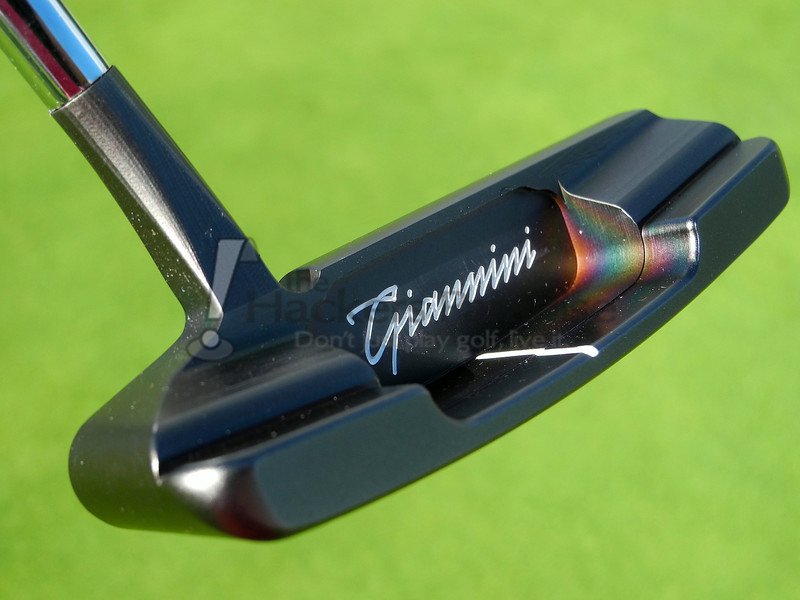 The G6 Flow Neck is a classic putter that incorporates our trademarked and patented ‘Soft Slotted Face Technology’, 1/4 offset, a short flow neck and a head weight of 358 grams. With 3/4 toe hang, it is designed for the inside-square to inside putting stroke. This gem is available in both our new ’003? non-glare finish and Platinum. Available for shipment March 20, 2014 this model comes in right handed models only. 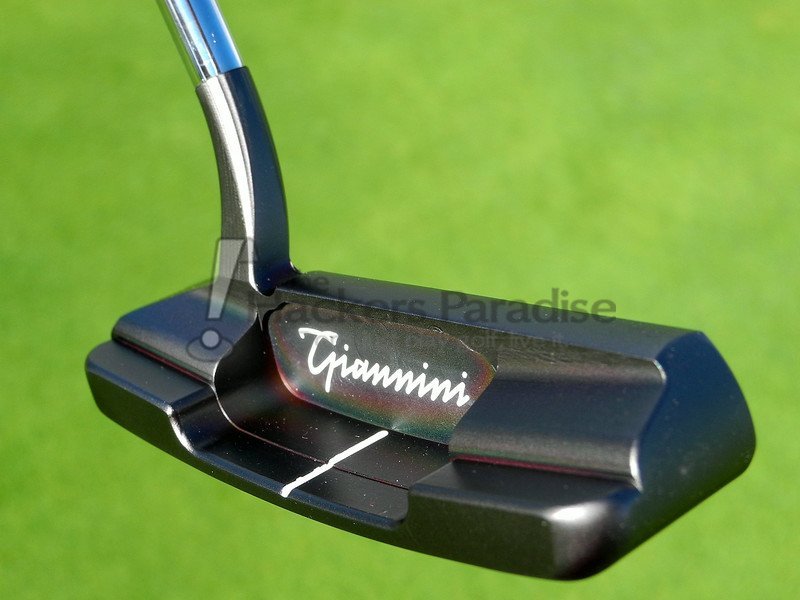 Oozing refined elegance, the G6 Flow Neck mashes together simplistic design elements, a classic and appealing shape, and a finish that is both functional and eye catching. Though preferences vary, the flow neck blade is almost always at the top of consumers’ favorites for eye appeal and the G6 is surely among the best in class. Minimalists will be especially pleased with the very few distracting images and designs on the putter, with a small company logo, the G6 name, and a simple “Made in USA” milled into the sole.  This of course is by design, as according to Mooney, Giannini is, “big on no distractions and not producing a ‘billboard’ on the putter head.” 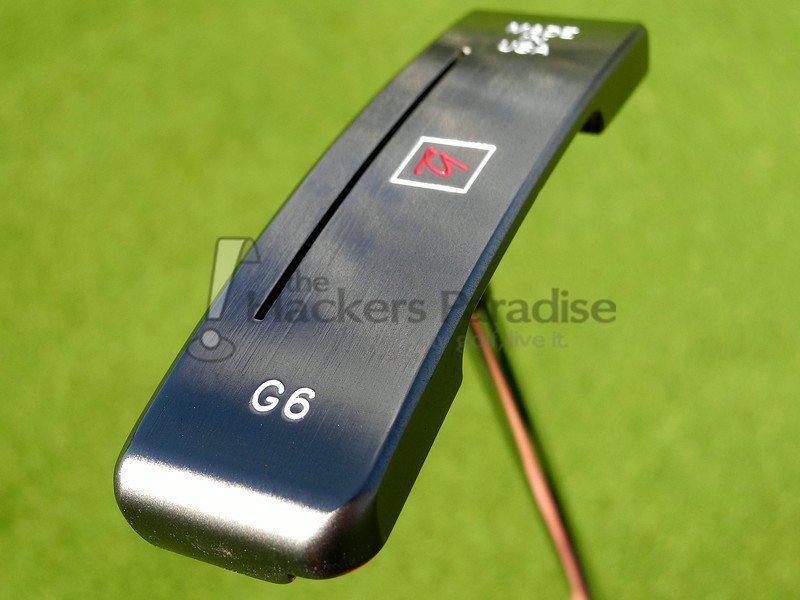 Instead, the consumer is left to enjoy the small things that make a high-end milled putter so sought after. The functional 003 non-glare finish is a nicely done smoky black, but also sneaks in a hint of complexity thanks to a gentle rainbow affect that appears in the cavity of the blade. The face milling is tight and not overly deep or ornate, with a well placed ‘Kenny Giannini’ towards the heel. Finally, a single sight line graces the flange, which quietly compliments a head that sits remarkably square at address. The minimalist theme even goes beyond the putter head, with the Giannini band hidden from view on the bottom shaft. All of this of course ensures that nothing other than the task at hand is on the mind of the golfer when setting up to a putt and it speaks volumes about the traditional way in which Giannini approaches putter design. 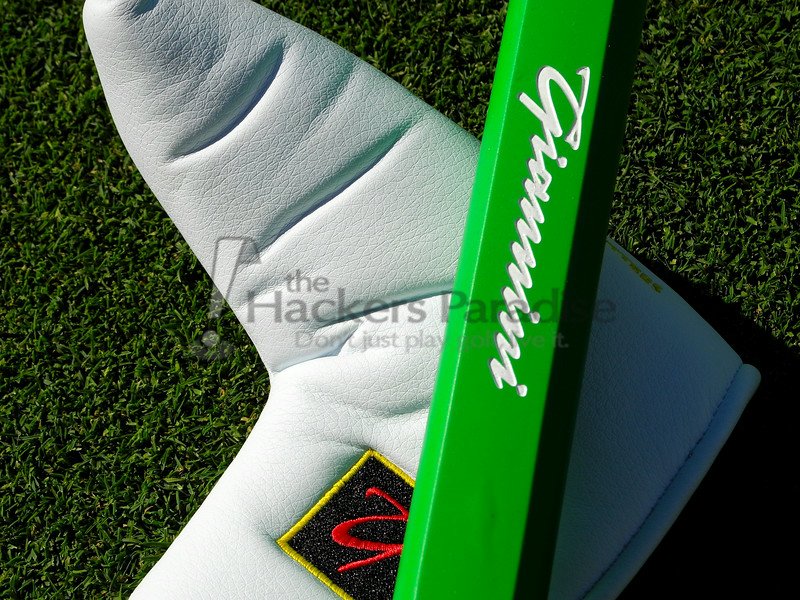 Rounding out the package are a bright white magnet-closure head cover and choice of PURE putter grip in a variety of colors. THP green was chosen on the model tested and it was tacky, smooth to the touch, and vibrant in color. 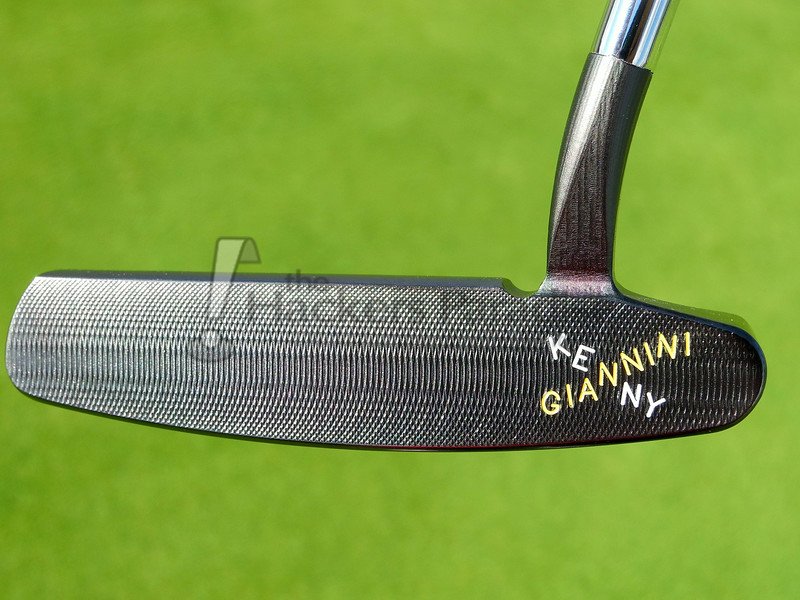 Though milled from a closely guarded variety of solid carbon steel, the G6 also features other technologies designed to enhance the way the putter feels at impact. Most obvious visually is the Soft Slotted Face Technology (SSFT), which many will instinctually call a ‘sound slot’.  Cut into the face (rather than the flange) and coming within 1/1000 of an inch to the topline, this does impact sound (and consequently feel), though Mooney states it goes beyond that.

“This helps disperse the inertia across the face more evenly on slightly off center putts, so stroking the ball slightly off the toe or heel you would feel little (if any) ‘gear effect’, which would cause the heel to pass the toe on toe hits and vise-versa on heel hits. The head just squares.” 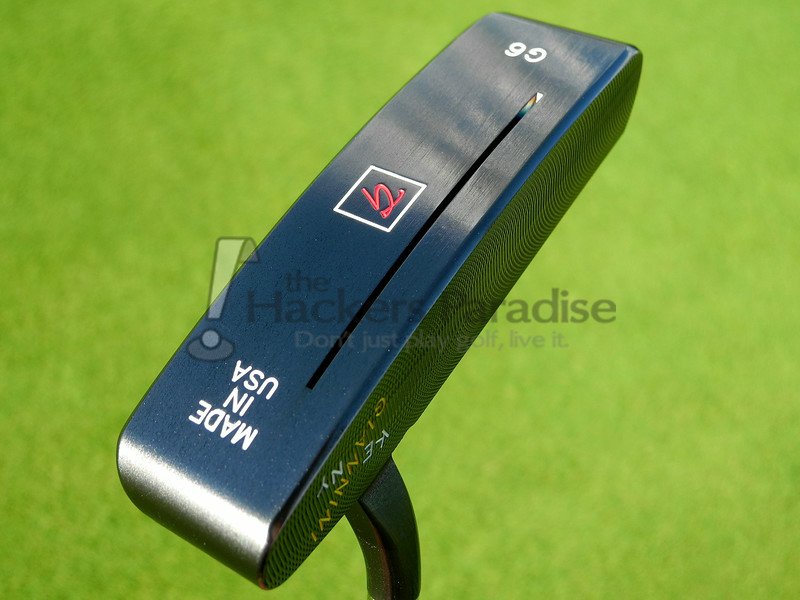 At Mooney’s own admission, the MOI gains were more a byproduct than the SSFT’s original intent -creating a softer feel off the face. Conveniently, testing did show very good performance off-center for a blade-style putter, but most evident was a dense, extremely soft sounding click at impact. Though difficult to convey in words, it was observed that the G6 stood out among the crowd in terms of feel. As a subjective quality it would be impossible to say it was better or worse than what any of the other big names offer, but it was certainly unique, soft, addicting, and reeked of excellence. 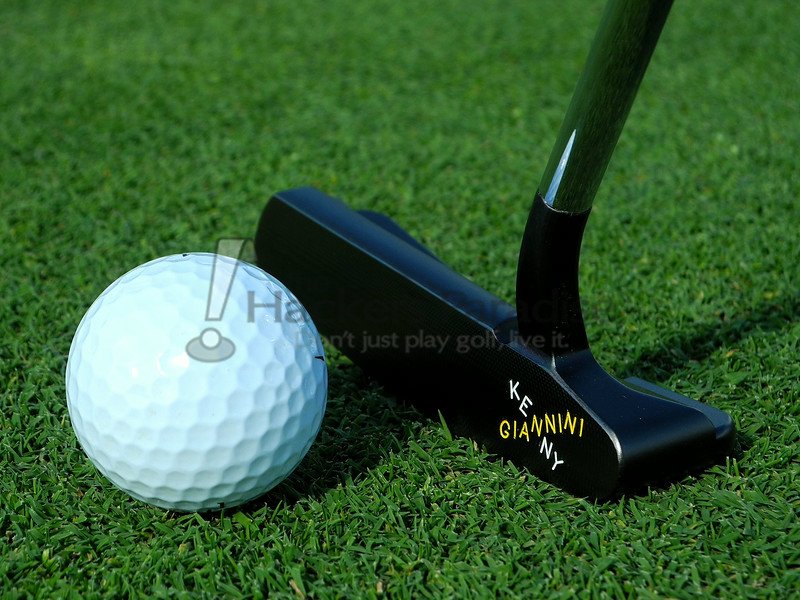 To bolster the feel and quality of the G6, this is a one-piece milling. In other words, the head and neck are milled as one unit, rather than the welded neck we often see. Again, this a small detail, but one that enthusiasts should appreciate and something that isn’t exactly the norm except from top-tier companies. 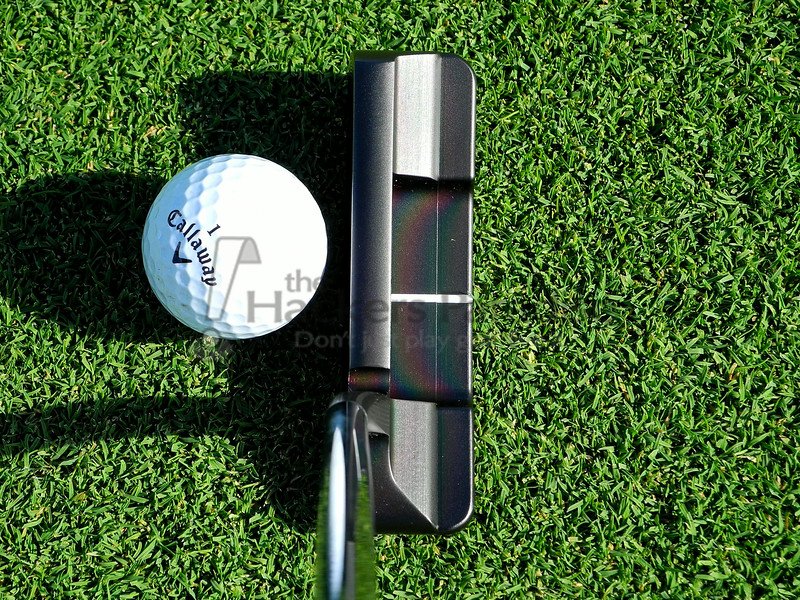 In an age where we see a proliferation of counterbalanced putters and higher balance points, Giannini holds fast that we must feel the putter head during the stroke. At 358g of head weight, the G6 certainly has some heft that is evident in hand. Though custom options are available, the company doesn’t overtly offer putters shorter than 34” for the simple fact that the feeling of weight in the head decreases too much for their liking and their interpretation of the way a putter should balance. Those golfers that enjoy the feeling of a higher swing weight should find much to like here (including the reviewer), though there was a slight learning curve related to distance control coming from a much lighter 340g blade prior to testing. 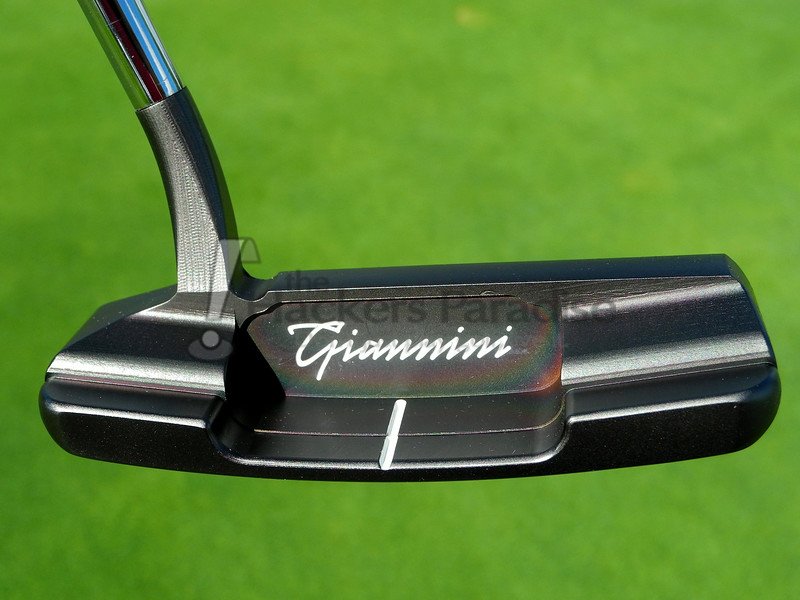 The fact is that many of us could find a $20 junker in the used bin and win a few skins, but that’s not always the point of our equipment choices. A putter like what Kenny Giannini offers in the G6 Flow Neck is as much about owning something special as it is about dropping putts. The finely done details, simplistic design, unique and crave-worthy feel, and local craftsmanship all play a part in attracting the putter enthusiast. As an added benefit the exceptionally square setup and throwback balance are actually functional for some, so you can drool and make a few putts as well. Giannini does offer custom options as well (stamping and paint fill) and those interested can contact the company for more information. At $355 in its stock configuration, the G6 is certainly competitively priced among its peers. More information, including information on the other putters offered by Kenny Giannini, can be found on the company’s website, www.kennygianniniputters.com.