It was not too long ago when people sat back and asked what on earth could possibly improve in driver technology.  An interesting question, and one that Cobra appears to have considered more than one could ever imagine.  Partnering with the Center for the Advancement of Science in Space, Cobra is looking beyond traditional technology, and it seems that golfers can sit back and eagerly await the return of the King. 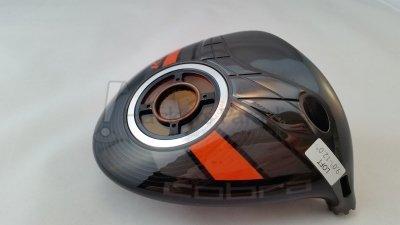 Directly out of the box, it is quite clear that Cobra did not hold back in their goal to produce something unique and bold in the return of the “King” name.  Eyes immediately focus on the SpacePort, a removable sixteen gram weight that allows people to actually look inside the driver to see what has gone into the design.

Familiar technologies in the SmartPad and Speed Channel return to the overall build, along with the smartly designed MyFly adapter which allows golfers a handful of loft and face angle options to select when fine tuning the Cobra King LTD to their swing.  These fairly subtle technological elements are complimented well by a dark finish with sharp orange highlights, including the old King Snake logo on top of the crown as an alignment aid. 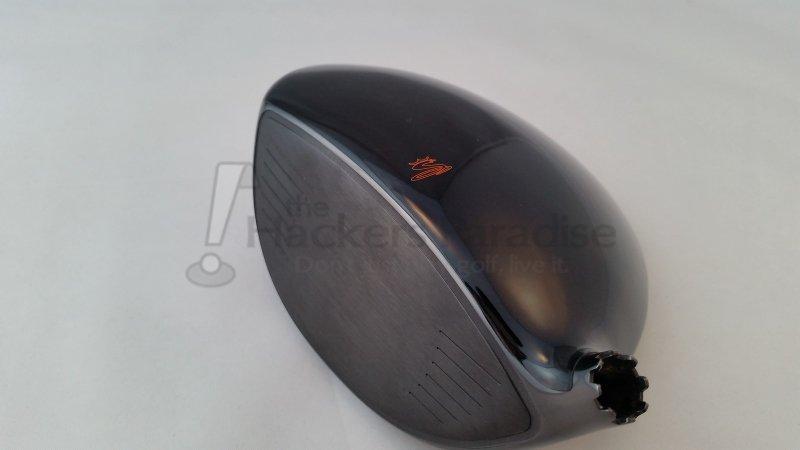 From Cobra: SPACEPORT – A multi-purpose, 16g weight that strategically positions weight to create extremely low CG with high MOI – the perfect combination of distance and forgiveness. The SpacePort also works as a window to view the sophisticated internal COBRA technology.

What seems to be nothing more than a strange eye catcher is actually something quite special.  Sixteen grams of ‘aerospace aluminum’ helps to focus the weight in the bottom center of the driver head, dropping the center of gravity to “zero CG NA (Neutral axis)” without compromising head forgiveness. 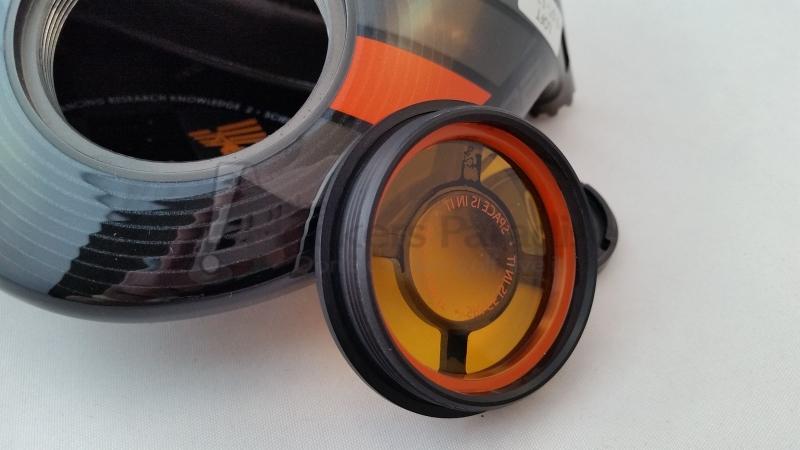 The SpacePort is screwed onto the head utilizing “Spiral Lock”, which is designed to hold up against high vibrations, an absolutely necessary implementation considering the kind of contact drivers see on each swing.  This technology is key in various space related vessels.  Alongside that reference, the SpacePort design is inspired by the Cupola, an observatory module in the International Space Station.  A fitting tribute considering one can actually look through the SpacePort into the head itself to see the technologies that drive it forward (pun intended).

From Cobra: ZERO CG – Most Drivers in the marketplace today have a Center of Gravity that is positioned above the neutral axis line. KING LTD is our first driver to ever get it to the neutral line (Zero CG), and deliver a more efficient transfer of energy at impact without sacrificing forgiveness.  What does this mean to golfers? More distance through higher Launch, less spin and more Ball Speed. 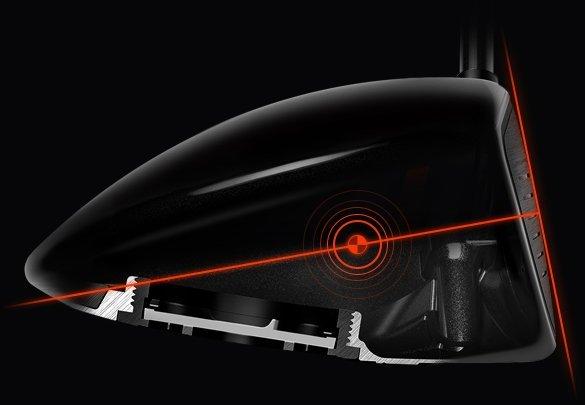 While very difficult to articulate in a text based review, Cobra has offered an excellent visual explanation of how ZERO CG benefits as it runs along the axis ideal for center face contact.  This is about the best possible scenario for achieving highly efficient energy transfer, and Cobra has seemingly been able to accomplish that while still keeping the spin at a limited level.  They have also managed to drive weight out to the back of the club and towards the perimeter by removing weight in the hosel, face and crown sections.  All of these changes improve forgiveness across the face, and testing has consistently proven that to be the case.

TeXtreme has incorporated their “spread tows” instead of yarns which produce extremely light weight and high end builds.  While Cobra likely benefits largely from the opportunity to move weight elsewhere in the head, they are also going to be experiencing a more durable head design due to the higher quality product they are incorporating in the King LTD driver.  From a golfer’s perspective, this means and looks very little with the club in hand, however there is a subtle checkerboard pattern that is visible at the right angle in the sun.

While it has been a general rule of mine from the beginning of club reviewing to leave ‘me’ out of the review, I think it’s important to offer this small tidbit of fact about my personal progression with the Cobra King LTD driver.  It arrived on a Saturday morning, was hit on the range ten times at lunch, and has not left the bag since.  What generally takes some break in time to better understand the club in question simply did not happen for the Cobra King LTD driver.  It went in the bag, it hit fairways, and it went long when the wind suited the occasion.  Previous release perceptions or not, Cobra has genuinely created something that will surprise golfers, as it surprised me and continues to surprise me each time I play. 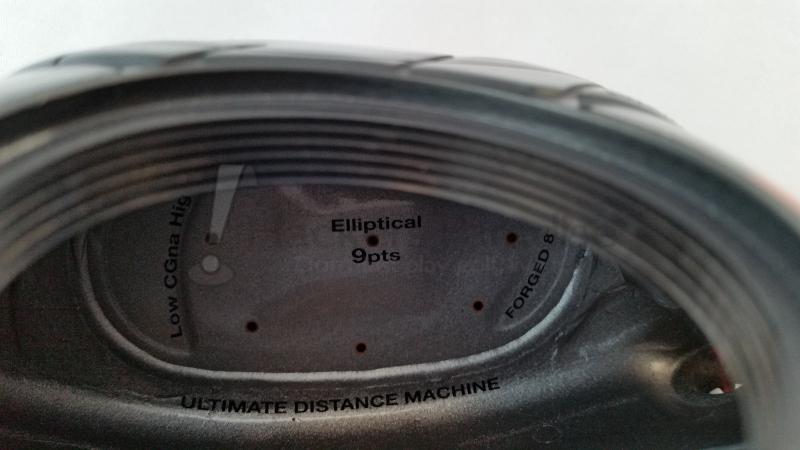 What is so impressive about the King LTD driver is the forgiveness alongside the reasonable spin numbers.  In numerous rounds, contact was made on the lower, middle and upper section of the toe just inside the grooved portion of the face.  While the flight changed (low-low, mid-mid, high-high) depending on where the contact was made, the overall flight results (slight draw) and distance hit were not wildly different from one another.  As Cobra talks about pushing the boundaries of their King LTD face technology to increase the size of the sweet spot, it is very hard to argue with that concept when quality strikes are not necessarily requiring of the center of the face.  It is something golfers will have to experience for themselves to really appreciate.

Despite this similar flight pattern, the King LTD driver can still work the ball with the appropriate face angle and swing path.  This was achieved on a consistent basis throughout testing, switching from intentional draws to intentional fades with very limited effort.  Like any golf club, the King LTD will not accommodate for extreme trapping or slicing of the golf ball, however it does seem to support most of what comes in between the two potential swing flaws. 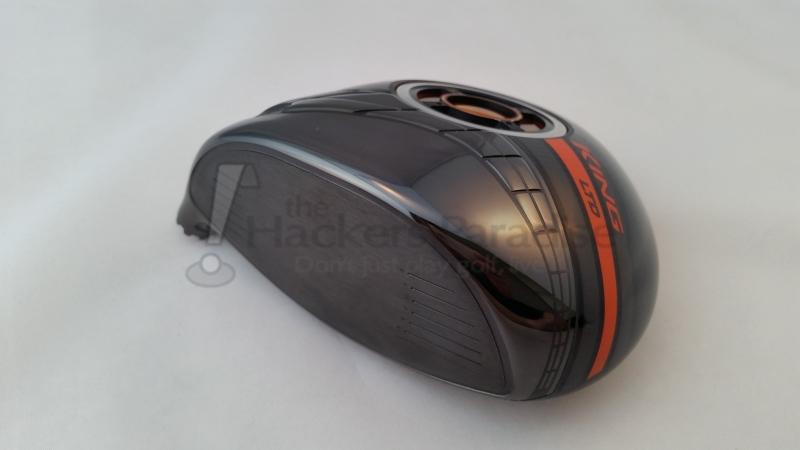 For many, sound of a driver is a deal breaker between something that ‘feels’ good and something that ‘feels’ bad.  In the case of the Cobra King LTD driver, the sound may be one of the most enjoyable elements available, generating a somewhat subtle yet reassuring thwack that incorporates a slightly bassy hollow element.  It is very unique in comparison to many of the other drivers on the market, and again something that really intrigued golfers as they hit the head or listened in while the head was gamed through the testing period.

Who Should Play the King LTD Driver

The King LTD driver comes standard with a MyFly adapter that spans from 9-12 degrees with draw options, and the King LTD Pro adapter offers lofts of 7-10 degrees alongside a fade option.  In the live conference that introduced the King LTD to the public, it was stated that the ideal range for this driver is in the realm of tour players to around a ten handicap.  With that in mind, it was noted that a higher handicap could hit the King LTD and still appreciate the performance elements based on the added forgiveness of the head due to extra perimeter weighting. 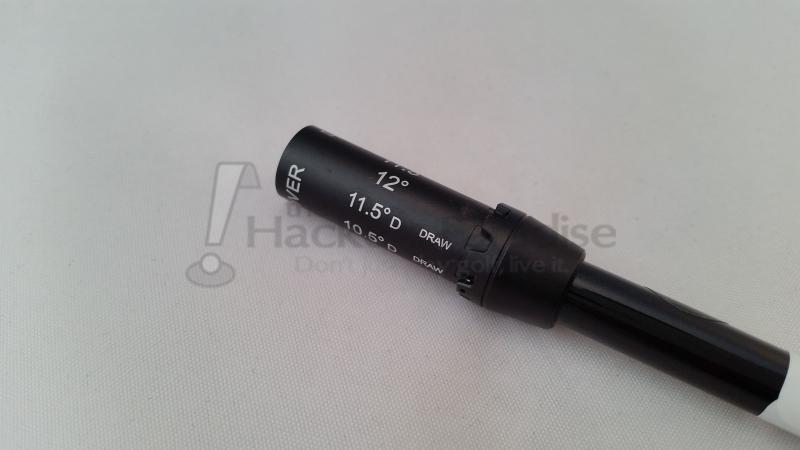 Testing of the King LTD incorporated a variety of handicaps with unique swings, and it was quite clear that most could adapt to the head with a proper shaft pairing, with only launch angle being consistently a bit lower than ideal for some of the golfers who would benefit from increased launch when going into a fitting.  That may be a combination of the 95 MSi Rogue currently paired with the King LTD in for review, as it promoted a low to mid launch for players who were pursuing a higher launch, and more of a mid or possibly mid-high for players pursuing a lower launch.

What was common across the board for those who had the opportunity to hit the head, was consistency ball after ball.  Even some of the players who saw their ball move across the face in numerous different strikes, the flighting was relatively predictable, and rarely generated a drive that was a “throw away” for considerations.  With this in mind, Cobra may have been a bit humble in their suggestions of this being most accommodating for tour to ten handicaps. 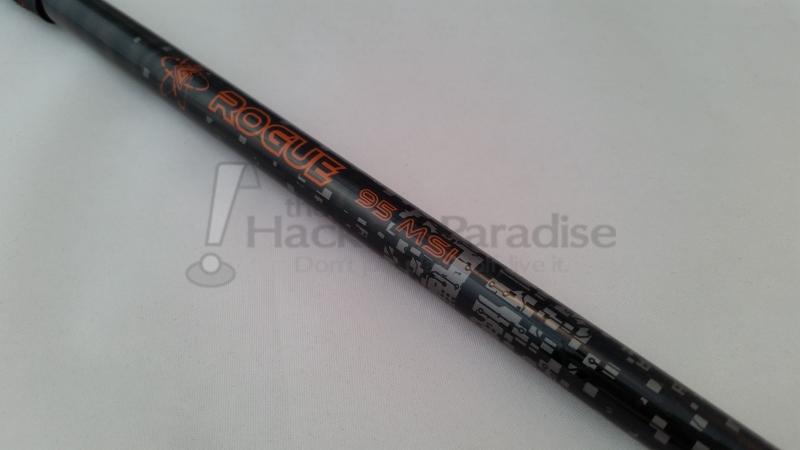 As Cobra put it, KING is back.  As their King Cobra product line supported Greg Norman through his storied carrier, the King name will return to support Rickie Fowler through his push to become the future of golf.  Golfers should certainly take advantage of the nostalgic return of the name, or look beyond what they think they know about Cobra Golf before they go out and try the King LTD driver.  It will inundate with technology right before it surprises with performance, in a package that is both subtle and intriguing.  For more information on the Cobra King LTD Driver, visit www.cobragolf.com.