James Todd Smith may not want you to call it a comeback, but that is exactly what Lynx Golf is expecting here.  Long-time golfers will unquestionably recognize the Lynx name from its accomplishments in the 1980s and ‘90s, including a few major wins.  Younger golfers may only be aware of the darker days for the brand or perhaps some social media discussions.  Regardless of how you remember Lynx, the new owners are ready to build on the name’s storied past and to attempt to scratch and claw back into the U.S. market.  After a few years of growth in the U.K. and a prominent booth at the 2019 PGA Merchandise Show, Lynx is ready to take on the U.S. market.

Armed with an iconic brand and classic iron name, Lynx sent a set of Black Cat irons (with a very appropriate black PVD finish) in for review.  My first impression was that the iron heads conspicuously feature some proven visual technology and a familiar look.  For example, the polymer injection “port” on the side of the club is a clear indicator that it is a hollow cavity iron.  This polymer-filled hollow cavity design technology is consumer-validated and very popular, mostly because it provides good ball speeds. And the semi-circle design on the iron cavity is a familiar design in the marketplace, both past and present, including the Lynx’s “Boom Boom” irons. 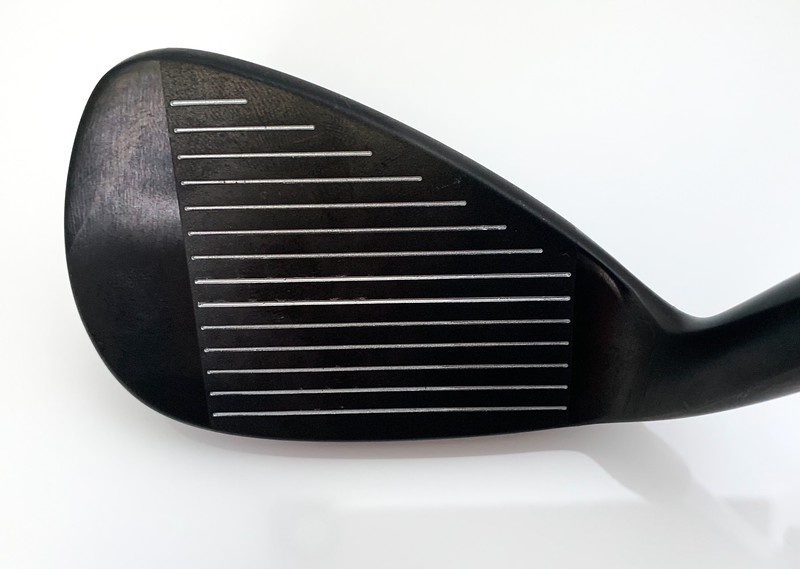 No matter what you see when you look at the design of the new Black Cat irons, the familiar design choices and visual technology serve to inspire confidence and provide instant credibility to the new irons before you hit them.  This could prove critically important to Lynx’s success to gain consumer trust and I think it makes a ton of sense to give the consumer an iron that is loaded with technology they know works. Having known nothing about the Black Cat irons before unboxing them, I am pleasantly surprised with what Lynx created.

However, not all of my initial impressions were positive.  Indeed, there were several imperfections from the manufacturing process that I didn’t expect to see.  For example, the black PVD was a dark black and the grooves are painted white, which provided an interesting contrast when executed well.  When done poorly, which occurred on a few heads, the white paint was applied very inconsistently and some lines are bright white while others are fairly dull, even within the same head.  This resulted in some portions of the face/grooves being very prominent and noticeable at address and others not so much.  Two other isolated issues included a misaligned injection port screw and a misaligned grip.  None of these issues impacted performance and may be minor in the grand scheme of things, but they were a bit concerning and very noticeable.  Thankfully, the performance of the Black Cat irons outshined these issues by a healthy margin. 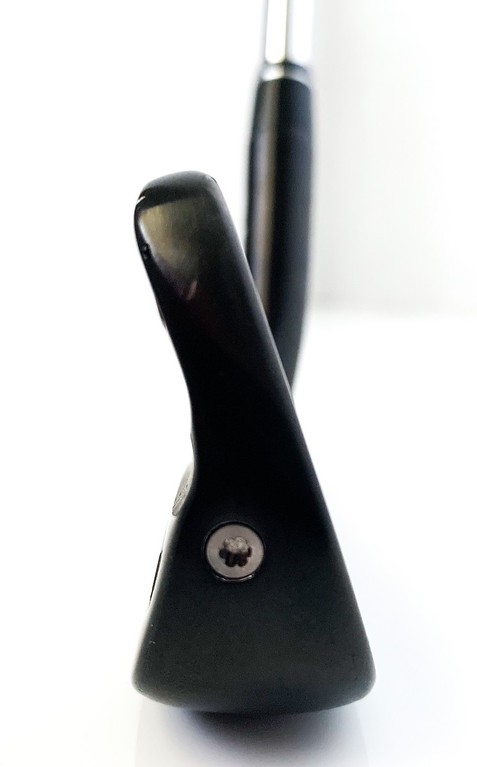 The Lynx Black Cat irons are designed to go far, and they are pretty darn long – it is that simple. Lynx has built on the popularity and performance of the hollow body designs and incorporated a maraging steel face to deliver fairly consistent ball speeds on perfect strikes and near-misses. And like many irons in the Game Improvement category, the Black Cat irons are designed to launch high with lower/mid spin to produce greater carry distances while using a high peak height and steep descent angle to stop the ball on the greens.  This iron technology paired with the KBS Tour’s mid-trajectory, mid-spin design resulted in some exceptionally long carry distances.

In fact, I tested the Lynx Black Cat irons against several game improvement irons from 2018 and 2019 and, after adjusting for loft, the Black Cats beat some very popular names in the market in pure carry distance. And my experience was not isolated – each person I had test them found the high launch, low spin design produced very long shots.

In sum, although the Black Cat name is a throwback, these really are not your father’s Lynx clubs. In a lot of ways that is a very good thing.  The minor aesthetic issues may be problematic to some, but the performance was enough to turn my head and keep my focus there.  Candidly, my expectations were exceeded and the Black Cat irons more than held their own in direct comparison to their nearest competitors. And at a fraction of the cost, that might be enough to drive some U.S. market share back to Lynx.