In early 2013, Matrix released the Red-Tie and White-Tie driver/wood shafts to go along with their already renowned Black-Tie. This completed what they refer to as their “Matrix Flight System”. The goal was to provide a system that would simplify shaft selection for golfers of all skill levels by providing three different shafts with varying launch characteristics. In essence, Matrix wanted to have a trajectory/launch for everyone across the board with the hX3 White-Tie for high launch, the hQ3 Red-Tie for mid launch, and the hM3 Black-Tie as a low launch option. For one of the most recognizable graphite shaft companies in the golf market, this was a big move for them. Better yet, the shafts did what they intended to do (as noted in my reviews on two of the offerings, the Red-Tie and White-Tie), and with the color coding they also presented an easily distinguishable way of identification.

With the initial success that the MFS has provided for driver and fairway shafts, Matrix has now elected to expand into the next area of major graphite shaft usage – hybrids. The Altus line of hybrid shafts was already one of the most popular hybrid shafts on tour, so further refining that line and implementing the MFS into it only makes sense.

When referencing this expansion of the MFS into hybrid shaft, Matrix states:

“Matrix brings you the OZIK Altus MFS Series, the ultimate fitting solution for hybrids. With three models to choose from all based on your preferred launch angle, finding a hybrid shaft has never been easier. “

For this review THP received all three shafts in S-flex and 85g. Each of the shafts were cut to the same playing length and installed into three 18* hybrid heads. 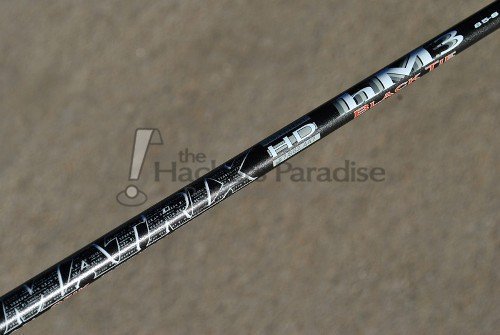 The hM3 Black-Tie, with its traditional matte finish, definitely provides the type of performance and characteristics that have come to be expected out of a shaft bearing this name. In extensive time spent with the shaft it is evident that it will be very familiar to those who have used any of the various Black-Tie applications in the past.

With its mid-stiff tip section, combined with a stiff middle and mid-butt sections, the shaft is built to be the lower launching shaft in the MFS lineup. With that being said, the shaft is actually on the upper end of the “low spin” spectrum and would probably be best described as a low-mid spinner. Because of this shaft profile, despite being lower launching, even a natural low-spin player will be able to elevate it fairly well. When paired with a lower lofted hybrid it could be an incredibly viable tee club for many amateurs with its flatter and penetrating ball flight. For the exceptional swingers out there, the Black-Tie will provide a launch and spin rate that could be ideal throughout their hybrid setup, and with the mid-stiff feel of the shaft, the stability that will be seen is a major bonus for the harder swingers. 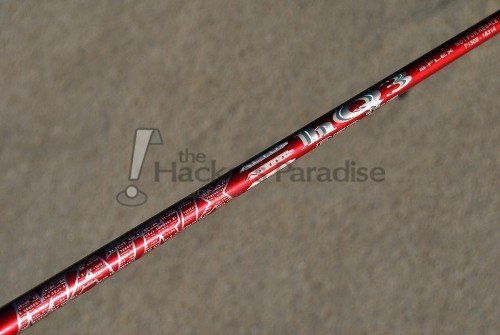 The Red-Tie is designed to fit the broadest spectrum of golfers in the bell curve and that is why it sits in the middle of the MFS. As a mid-launch and mid-spin shaft, it is a “tweener” in the truest definition and a shaft that seems to get overlooked a bit because of that. While it may not be the “cool” choice like the Black-Tie or the “sexy” choice that the White-Tie is, it definitely serves its role in the MFS well.

The Red-Tie hQ3 is the middle shaft both in standing and in build, as its entire profile is essentially a “mid” throughout. This makes it the shaft in the MFS hybrid trio that many will feel is the most “active” from a feel standpoint. The ball flight produced with the hQ3 in the 18* head was again and again a solid mid-high flight that even with the “mid spin” moniker that scares some golfers off never ballooned, but instead maintained a consistent ascent. This is definitely the shaft that sticks out from the others within the spectrum, both in design (no matte finish here) and performance characteristics, but it is also clearly evident why Matrix believes it fits the largest portion of golfers in the fitting bell curve. The key will be people giving it a legitimate try, as from an overall standpoint, this one will be a pleasant surprise for many. 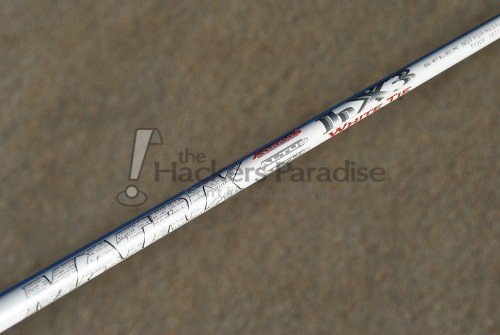 The “holy-grail” of all shaft designs, if you will, is the low spin and high launch combination. After all, those two things combined mean more carry and likely a boost to overall distance as well. That is the exact profile that the Matrix hX3 White-Tie carries with it, both in the driver/wood category and now in the hybrids. This will undoubtedly raise many eyebrows, as the reason that many switch to hybrids is for a higher launch and a softer landing than they can get out of long irons. The hX3 profile fits perfectly in line with that generally accepted goal.

The White-Tie hX3 stands out with its matte white finish on the outside that stands for the polar opposite of the Black-Tie, but on the inside things get more interesting. The “high-launch” White-Tie actually boasts a stiffer butt section than the other two shafts in the MFS while maintaining a mid-stiffness in both the mid and the tip-section in order to better control the spin. What all this leads to is that in the time spent with the 18* hybrid head, the White-Tie produced an incredibly penetrating ascent in an overall flight that could be considered as the low end of the “high launch” spectrum. The kicker here however is the spin in coordination with that launch allowing for a ball flight off the tee and into greens that held its own against the wind despite the added height. Although the overall height when compared to the Red-Tie is not as different as many would think, the spin is more evident with the additional carry that was seen out of the White-Tie. In terms of feel, the White-Tie is definitely much more akin to the Black-Tie than the Red-Tie, with the incredibly stable feeling that is a bit of a trademark for Matrix in these shafts.

Time spent with the hM3, hQ3, and hX3 simultaneously and in the same lofted head is one of the most telling experiences in terms of just why Matrix not only developed their Matrix Flight System (MFS), but also why they believe in it. Clearly, each and every golfer out there has specific needs with shafts as it pertains to both launch and spin rates and with these three shafts (hybrids and the wood/fairway versions) they have truly created three distinct options that allow for golfers of all skill levels to easily tune their setups. In a sector of the market that is extraordinarily confusing for most golfers (and frankly something that many give little thought to because of that confusion), this brings a bit of clarity on the issue. Better yet, the shafts perform. The most interesting factor with these shafts will be the accessibility level, because as with everything in golf, hands-on experience is the key.

The Black-Tie hM3, Red-Tie hQ3, and the White-Tie hX3 are available at an MSRP of $191.00 from authorized Matrix retailers. For more information be sure to check out www.matrixshafts.com.