I’m a firm believer that the shaft serves as the engine of that club. Just like actual engines, in golf shafts there are all different types, sizes, and brands, some of which naturally draw more attention than others. Without a doubt, one shaft manufacturer who draws attention is Matrix. So, it’s no wonder that an equipment addict like me got incredibly intrigued when their new shaft, the 6Q3 Red-Tie, came in for review.

The Red-Tie Q3 series actually finalizes a new strategy for Matrix which they are referring to as the “Matrix Flight System”. The objective of Matrix here is to have a shaft for every segment of golfer on what they call the ‘fitting bell curve’. The Q3 Red-Tie is listed as mid-spin and mid-launch and is intended to fit the largest number of golfers on the bell curve, whereas the Black-Tie (low-spin, low-launch) and the White-Tie (low-spin, high-launch) should fit the smaller segments of golfers. There is no doubt that the concept is certainly a thought provoking one.

“Replacing the HD Series, the OZIK Q3 builds on the sensational success of its predecessor by further refining dispersion patterns while increasing ball speeds. The OZIK Q3 fits neatly into the middle of the Matrix Flight System, producing mid-launch, mid-spin trajectory, fitting the greatest number of golfers on the bell curve.”

As with its siblings the White-Tie and Black-Tie, the Q3 Red Tie line features an incredible amount of R&D that Matrix has developed over the years, including:

As has literally been seen before, the looks of the Matrix “Tie” series has been one of all business. Naturally, I had some ideas as to what the Red-Tie would look like having played its siblings and I was wrong. 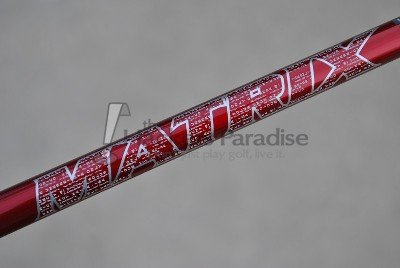 The Red-Tie 6Q3 is most definitely red, but not like you would expect if you have seen the other shafts in the “Tie” line. I opened the box expecting a true RED color in a matte-textured finish like the White and Black each have, but that was not at all what I saw. Instead, the Red-Tie possesses a glossy finish in a deep metallic red/crimson that simply looks incredible. In addition to the color, the shaft possesses what I consider trademarks of the “Tie” series with “The Matrix” like text both at the butt end of the shaft near the grip, along with the inside of the large Matrix branding in the middle of the shaft. A pretty cool addition to the 6Q3 Red-Tie for this particular review was Matrix showing off their personalization abilities by laser engraving “The Hackers Paradise” into the shaft, an incredible touch. As far as graphite shafts go, this one is a stunner, but most would expect nothing less from a company like Matrix. 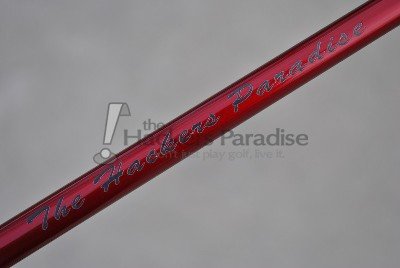 As I mentioned earlier, I was sent the Red-Tie 6Q3 for this review. The shaft came in at its raw weight of 67g and an uncut length of 46”. I cut down the shaft to play at my preferred playing length of 44.75” in both RAZR Fit and XHot driver heads of the same loft. After trimming, the 6Q3 ended up at a finished weight of 63g. All settings on both heads were placed at and remained on neutral for the duration of the review. 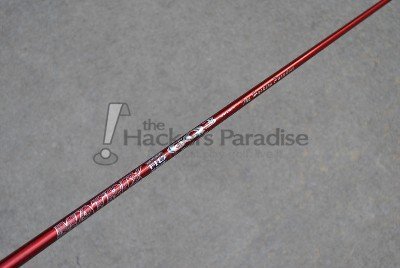 I’ve mentioned it before, but it bears reminding that reviewing a shaft is a tricky situation. It must be kept in mind that every swing is different and every golfer has different needs. The only true way to know what will work for you is to get fit. With that in mind my focus here is on what I saw during my time with the Matrix 6Q3 Red-Tie.

The Red-Tie is classified by Matrix as a mid-spin and mid-launch shaft that is intended to fit squarely in between the White-Tie and Black-Tie in the aforementioned “Matrix Flight System”. Initially the mid/mid description threw me for a bit of a loop, as both of the other shafts in the system are classified as low-spin. This honestly made me think of it immediately as a fairway wood shaft. However, after considering the “Flight System” as a whole and playing the shaft for some time, I honestly think such thoughts are a bit of a knee jerk reaction. 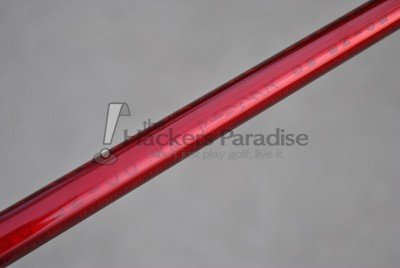 Thankfully, having played both the White-Tie as well as the Black-Tie I have a bit more insight in the comparisons than someone simply trying one of the shafts. After substantial time with the Red-Tie 6Q3 in the two different driver heads its flight definitely fulfills its role of sitting in between the launch of the other two shafts. More specifically, the 6Q3 was on the higher end of a mid-flight. Much higher than the Black-Tie, but only a mild amount lower than how the White-Tie performed in the same driver heads. This brings into thought the label of being mid-spin. From what I have seen, the Red-Tie does spin more than the Black-Tie and the White-Tie, but not a great deal more and I would only consider it to be mid-spin when compared to the other two shafts. 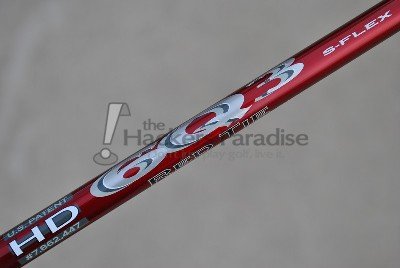 The 6Q3 is incredibly stable through the impact zone and it kept up incredibly well with both aggressive and smooth moves from the top. With the HD technology the feel really is quite nice in the hands and through the swing. Never once feeling like it was too much or not enough like so many shafts out there can, it really does sit in that “in between” zone, which is a very good place for a shaft to be.

I think that golfers really have to like the direction that Matrix is taking with their “Matrix Flight System”. With the addition of the Red-Tie into the mix, they have found a great way to not only simplify fitting, but to also have something to fit everyone. The Red-Tie itself though proves itself to not just be an afterthought of a shaft just because it is the last part of the “Flight System”. Instead, the Q3 series serves as an option that will fit a lot of golfers out there if they give it a chance rather than simply writing it off because of its mid spin label. This one performs just as you would expect a Matrix product to. It is another example of what impressive R&D and innovation can do.

For more information on the Red-Tie series, as well as the Matrix Flight System, be sure to check out the Matrix website at www.matrixshafts.com.