There are certain brands in golf which have developed an aura that drives a level of intrigue beyond what we see with the majority of companies, one such example is Miura Golf. The Miura name is synonymous with precision, feel, and designs based upon clean simplicity. Additionally, being a JDM (Japanese Domestic Market) based brand which is found with higher end club fitters their accessibility has further driven the mystique. Fortunately, Miura sent in a set of their special edition 1957 Series “CB57” irons paired with Nippon Modus 105 shafts for THP to work with in order to really dive into the aura and performance of the set. 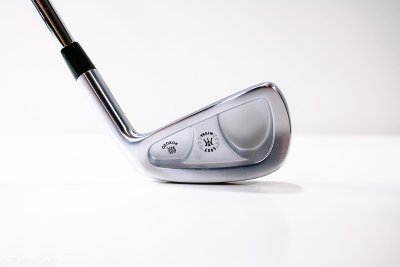 From Miura on the CB57 Irons:

“The CB57 head features a medium-sized cavity and a carefully sized weight bar to provide the benefits of perimeter weighting and solidity behind the hitting area. Still, the cavity is not so big as to interfere with the forged look and feel, especially from the address position. The weight bar keeps the center of gravity low, and changes size club-to-club as needed to position the center of gravity not just down, but exactly where it needs to be.

The clean, narrow top line is Miura all the way. The sole of the club incorporates the decades of lessons Miura has learned from watching and talking to golfers, resulting in efficient, powerful turf interaction and the best chance of a square face at impact. The overall size of the head is a bit smaller than Miura’s successful CB-501 cavity back iron.”

The CB57 irons come from Miura’s “1957 Series”, and according to the company, the design literally took years for them to get it to the point they felt comfortable adding it into their Limited Edition series opposite their “Small Blade” (affectionately known amongst golfers as the Baby Blade). Compared to the generally busy nature of irons coming to market, one might wonder what about the design took them so long to perfect, after all, it is not crazy to call them a very simple design. 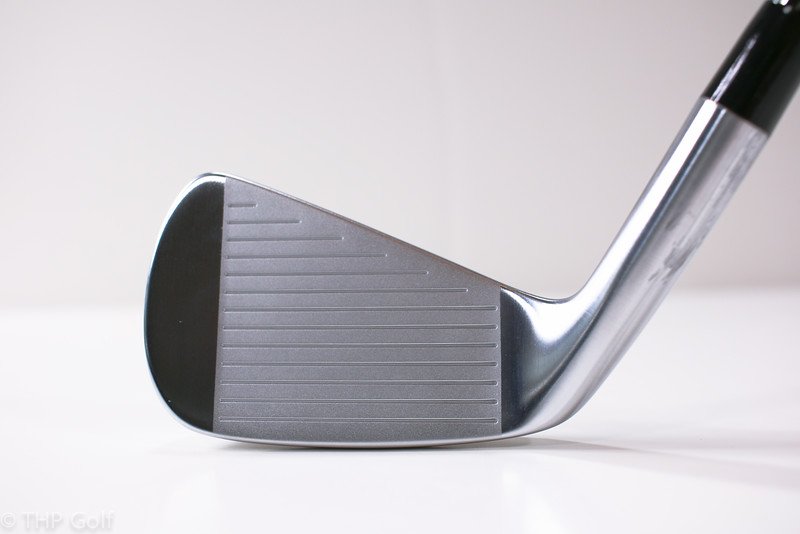 The focus and time here clearly went into getting the weighting of the irons correct through the use of the “weight bar” in the cavity to move and alter the CG through the set. This means that although all of the irons have a slim topline accompanied by a moderate sole and heel-to-toe length to go along with the consistent cavity, the shape of the weight bar within it actually changes as you go progress. In the long irons the bar doesn’t connect the top and bottom of the cavity, instead keeping more mass low to keep the CG down, while into the scoring irons it does connect so that the CG positions a bit higher for more workability.

The look is as clean as one will find in any iron on the market, the satin finish is sleek and timeless, and when you add in Miura’s unique numbering font you have a timeless looking player’s cavity design. However, with the direction we have seen things going, for some golfers the look could possibly be more “classic” than they prefer without the modern lines and sharp angles that one can find from major OEM’s now. That said though, perhaps just how different they are is part of why Miura carries the aura that they do, it really is an interesting point of conversation that will undoubtedly vary from person to person.

A lot of time was spent with the Miura CB57 ions both on the course as well as the range and what this reviewer saw was a combination of expected and unexpected. By design, these are a true player’s cavity back iron and as such they spin more than the super low CG iron designs on the market. Additionally, the smaller profile brings with them a level of mental demand which better players will very much enjoy. Even with the demand that a visual profile like this can impose however, the amount of playability that was in the set for someone with a more consistent swing truly surprised this reviewer, especially given the simplicity of the design visually.

The added spin combined with the somewhat weaker lofts (PW is based off 47°) resulted in a higher ball flight which reached average peak heights throughout the set ranging from 25y (4-iron) to 31y (PW). While this will obviously vary from user to user, the ball flight was much higher than anticipated entering the review, particularly into the long irons which this reviewer typically does not elevate consistently in an iron of this profile. Ball speeds generated on strikes were on par with similar irons and when combined with the launch and spin distances where right in the wheelhouse where most player’s cavity irons fall for this reviewer with the 8-iron playing off of 155-160 yards, about one-half to one club shorter than a distance based GI setup. 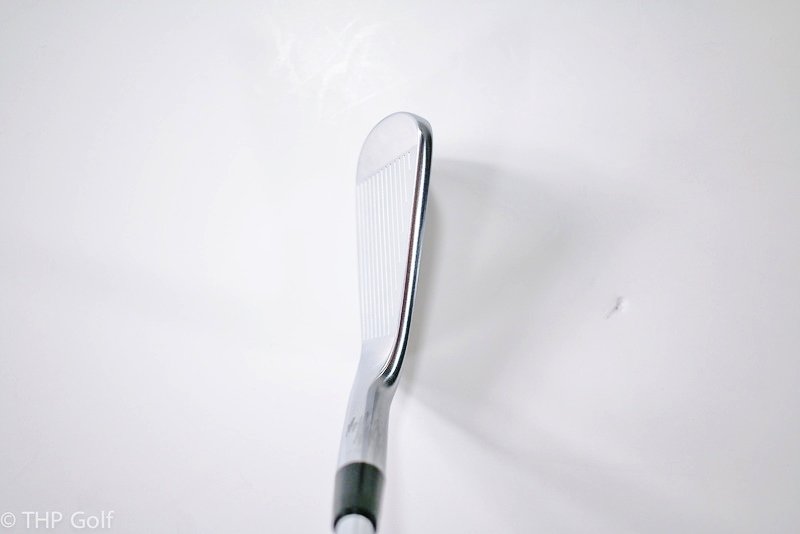 Distance however is not the main goal of an iron like this, Miura designed the CB57 to be a precision iron that will keep ball-strikers coming back for more with the workability and feel that they offer. This reviewer had very little in hand experience with Miura irons entering the review and was admittedly pessimistic when it came to the “feel” that is relentlessly talked about when the brand is mentioned. That said, after ample time with the CB57 irons, they have one of the most unique and surprisingly powerful feel/sounds around. At impact, there is an incredibly dense vibrational sensation that is accompanied by one of the deepest audible tones, which somehow still maintains a level of crispness that can only be described as unique and addicting. Throughout the testing, it wasn’t just this reviewer that took note of the sound/feel, but playing partners constantly commented on well struck shots that the ball just sounds like it’s been hit hard. Beyond the feel, the irons also allowed for ample workability and shot shaping which was only held back by the skill level of the user. Given the profile of the irons though, the ability to flight the ball up and down, as well as left and right, is a must. 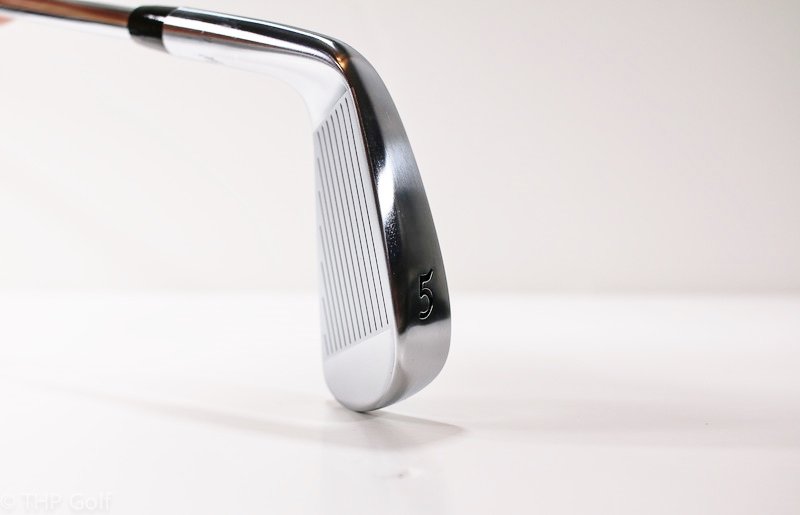 With all of the aforementioned traits seen during testing however, it needs to be made clear that while the irons and their variable CG location thanks to the “weight bar” in the rear of the club offer a lot in terms of flight and creativity, they are still an iron that will come with demand equal to their classification. Misses on the toe responded the best in terms of keeping distance, but directionally there was gear effect seen there which accentuated the flight on that miss (right to left). Shots higher on the face saw expected distance loss given the shape and mass of the design, while maintaining a solid directional playability. Heel side, there is only so much that can be done in an iron of this profile and it was the most penal area to miss. Low on the face also saw a pretty sharp spin increase for this reviewer which led to typical distance loss as expected. All of this should not be read as disparaging the design, rather as a reminder that regardless of what is being said or done, an iron like the CB57 is still one that brings a certain level of demand to it. However, if you are a consistent ball striker, there honestly might not be a better feeling player’s cavity back iron out there, lofty praise, but in the opinion of this reviewer it is true.

Miura Golf is an interesting brand and as do so many of the JDM companies, it has an aura around it when it comes to the design and craftsmanship. With their constantly lauded forging techniques and willingness to take their time in a design rather than releasing clubs for the sake of releasing them, they have created possibly the most unique following in golf. The CB57 irons are precision irons that offer a uniquely addicting feel and the demand that one should expect before ever picking up an iron of their profile.  If one has the swing they are an iron worth experiencing for sure. As with anything JDM however, accessibility is the tricky part. Miura is a company adamant about proper fitting and as such, their clubs are typically found only at skilled club fitting facilities.

When found the special edition CB57 irons price out around $275.00 per iron, and this will vary depending on the shaft the user is fit into as well. More information on these, as well as all of the companies offerings, can be found at www.MiuraGolf.com.